Become a Member
Read Today's E-edition
Share This
WATCH NOW: Lake Mills down in numbers, experience
0 Comments
Share this
1 of 2 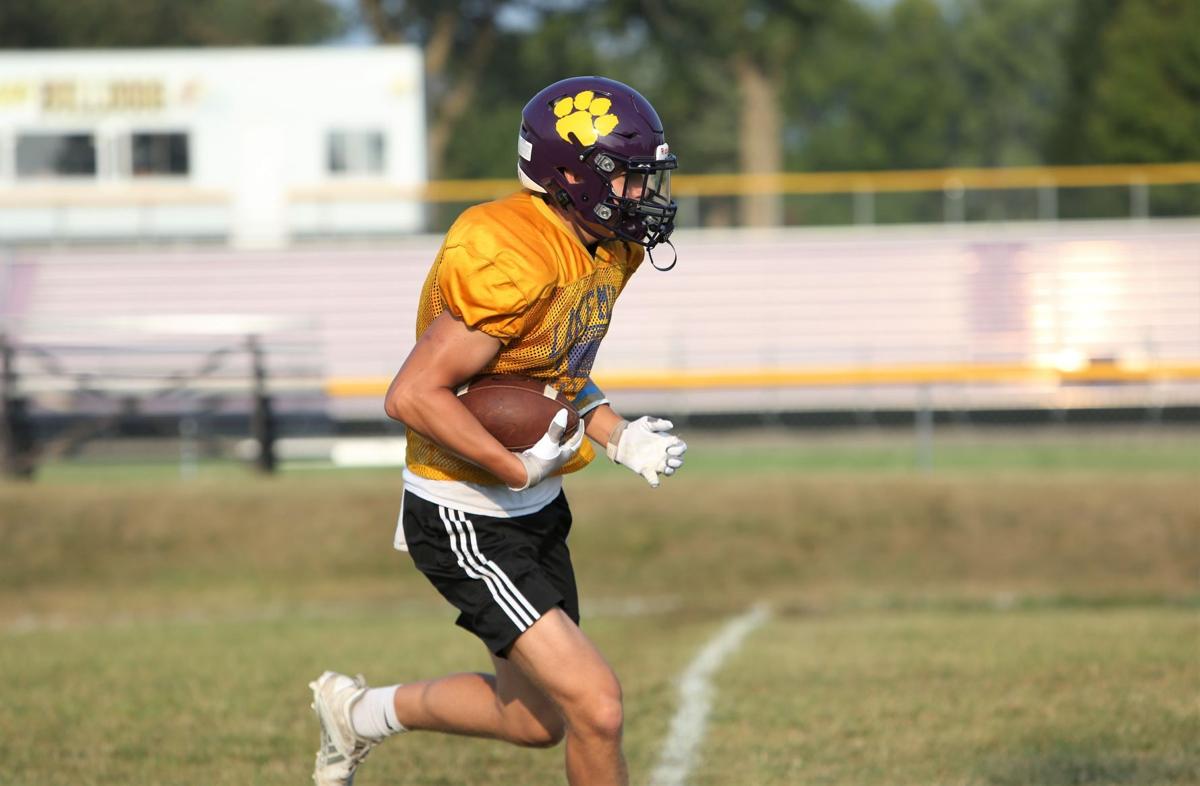 Kadin Abele runs the ball down the field during a practice in Lake Mills on Thursday. 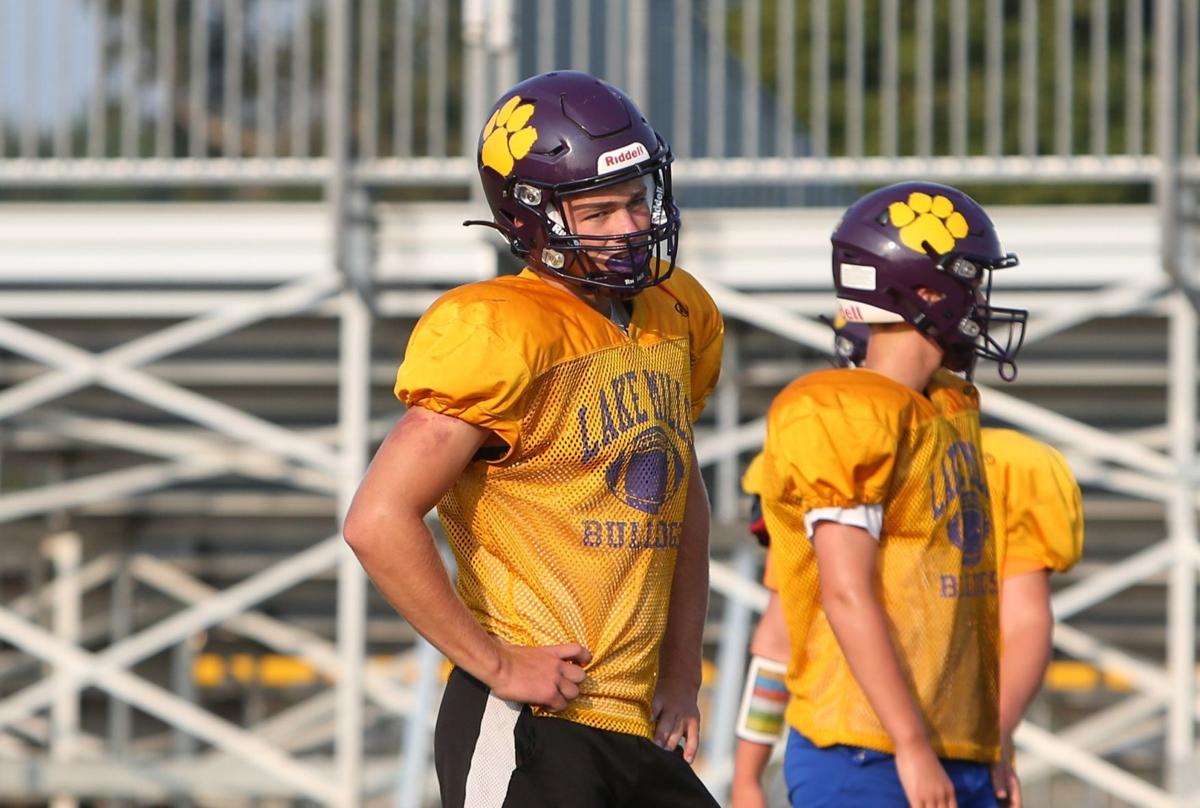 Bennett Berger waits for instruction from the coach at a practice in Lake Mills during fall camp.

Bill Byrnes sees a small decrease in numbers when he glances over at his Lake Mills football team.

The reason? Coupled with a small senior class of under 10 guys, non-football injuries that suddenly have ripple affects.

A couple will return, but there's some that won't. The big one being junior two-way player Brady Hanson, who was expected to become the bell cow at running back for the Bulldogs.

After a shoulder injury at the tail end of the baseball season, Hanson required surgery that would lead him to miss the football campaign.

"I think if we can stay healthy, we'll be OK," Byrnes said.

AJ Ramaker, a senior, and three sophomores are expected to receive the carries from returning starting quarterback Bennett Berger. Even Berger is prepared to get his number called in certain situations.

"With how we run our offense, we work on that every day," he said. "Making the right read, run hard through contact."

The senior threw for 811 yards and nine touchdowns a season ago while completing 43.4 percent of his throws. He'll have his No. 1 receiver back in the fold in Kadin Abele.

"I wouldn't ask for a better quarterback," Abele said.

The two have increased their chemistry over the offseason. While the 231.6 rushing yards per game was second most in the Bulldogs district last fall, Berger admits the passing game might be increased.

"We've thrown a bunch over the offseason," Berger said. "It'll be good this year. When you got 6'4' out there, it is pretty hard not to want to throw it that way."

Wyatt Helming and Seth Hermanson return in the trenches. Berger and Ramaker anchor the secondary. It is the linebacking core that will see the biggest facelift.

The graduations of Caleb Bacon, Elijah Wagner and Casey Hanson, dubbed the "Three Headed Monster" will be felt, but Byrnes has some pieces on the defensive side that will ease the potential growing pains.

Abele is one of the players being thrust into linebacker, as is Logan Bacon. Hermanson has the most returning tackles (31.5), tackles for loss (6.5) and sacks (2.5) for Lake Mills.

"There (are) huge shoes to fill," Abele said. "With our coaches, they teach us how to do everything perfectly. Listen to them and we'll have a great year."

Due to the low amount of upperclassmen, there are plenty of sophomores who are going to be put in a position as early as the season opener against Forest City in under a week to earn substantial playing time.

It is a different tune compared to the previous years.

"We had to change our practices, work on technique, more reps," Berger said. "This past week, it has felt like normal."

And the Bulldogs' district will be rugged.

West Hancock and St. Ansgar, two perennial powers in the region, plus a Newman Catholic squad that returns a lot of impact players. West Fork was also an above. 500 team and Byrnes expects North Butler will be better.

"On paper, you're looking at those three teams in West Hancock, St. Ansgar and Newman that have the most experience coming back," Byrnes said. "It definitely is going to be a battle."

With only four teams in each Class A district making the playoffs, no at-large berths will be handed out. The margin between making or missing the playoffs is small.

For Lake Mills, they don't believe the gap is that far.

"It is very close," Abele said. "Every game will be a close game. It will be fun to watch and good matchups everywhere."

If you live on 10th Avenue North in Clear Lake and you potentially heard some high school kids having fun at 3 o'clock on Friday morning, your…

Kadin Abele runs the ball down the field during a practice in Lake Mills on Thursday.

Bennett Berger waits for instruction from the coach at a practice in Lake Mills during fall camp.