The Forest City football team hasn't quite had the season it hoped for.

The Indians have won just one game all season and fell short of a postseason appearance after a 25-14 loss to Garner-Hayfield-Ventura on Friday night.

As much as things could have gone differently, head coach Chad Moore never questioned at least one aspect of his team.

"They're competitors. They competed every week," Moore said. "They were in every single game and went after everybody all year long. I really believe you push the reset button and it might look a little bit different for us."

Forest City's one win came in a 43-6 victory over Lake Mills in the season-opener. Since then, the Indians (1-7, 0-5) lost four games by two scores or less and two games by just one touchdown.

The Indians had opportunities, but came up just short in those games.

"We're a young football team, too. We've got a bunch of juniors and sophomores out there," Moore said. "We've got about eight guys on each side of the ball. So they had to learn. First year varsity stuff for them. Pretty inexperienced in some situations so."

"We were trying to figure out how to win and what it takes to win," Moore continued. "I thought they were growing every single week. They continue to do that."

What's good for the Indians is the fact that most of the team will return next season. The squad has a good chunk of players that have led the team statistically as underclassmen.

On the ground, junior running back Andy Olson has been the premiere ball-carrier for the Indians this season. He's rushed 108 times for 492 yards and two touchdowns.

Sophomores Jack Thompson and Sam Klaassen, and junior Kellen Moore all have over 25 carries as well for the Indians. Thompson has taken two kickoff returns back for touchdowns this year, including an 87-yarder on Friday in Garner.

"I think I can do a lot of things," Thompson said earlier this season. "My speed helps with that a lot."

Defensively, Kellen Moore has been the tackling machine. He's recorded 71 total tackles and six tackles for loss. Four other underclassmen have posted 25 or more tackles as well.

However, the Indians will lose nine seniors. A handful of them played meaningful roles for Forest City this season as well.

Moore says the expectations of his team will change next season because of the number of players the Indians will bring back that have varsity experience.

“You’ve got to come in and expect to win when you’ve got experience back,” Moore said. “You can’t use youth as an excuse. So we’re going to come back with high expectations and try and challenge people.”

Forest City volleyball survives Clear Lake rally, advances to next round of regionals

The Forest City volleyball team survived a furious Clear Lake rally on Monday night to win, 3-2, and advance to the next round of Class 3A, Region 2 play.

"Until that last point ended, I had no doubt that we could do it. We just fell a little bit short."

Monday night's matchup between Forest City and Clear Lake volleyball teams was maybe a microcosm of the season for the Indians. 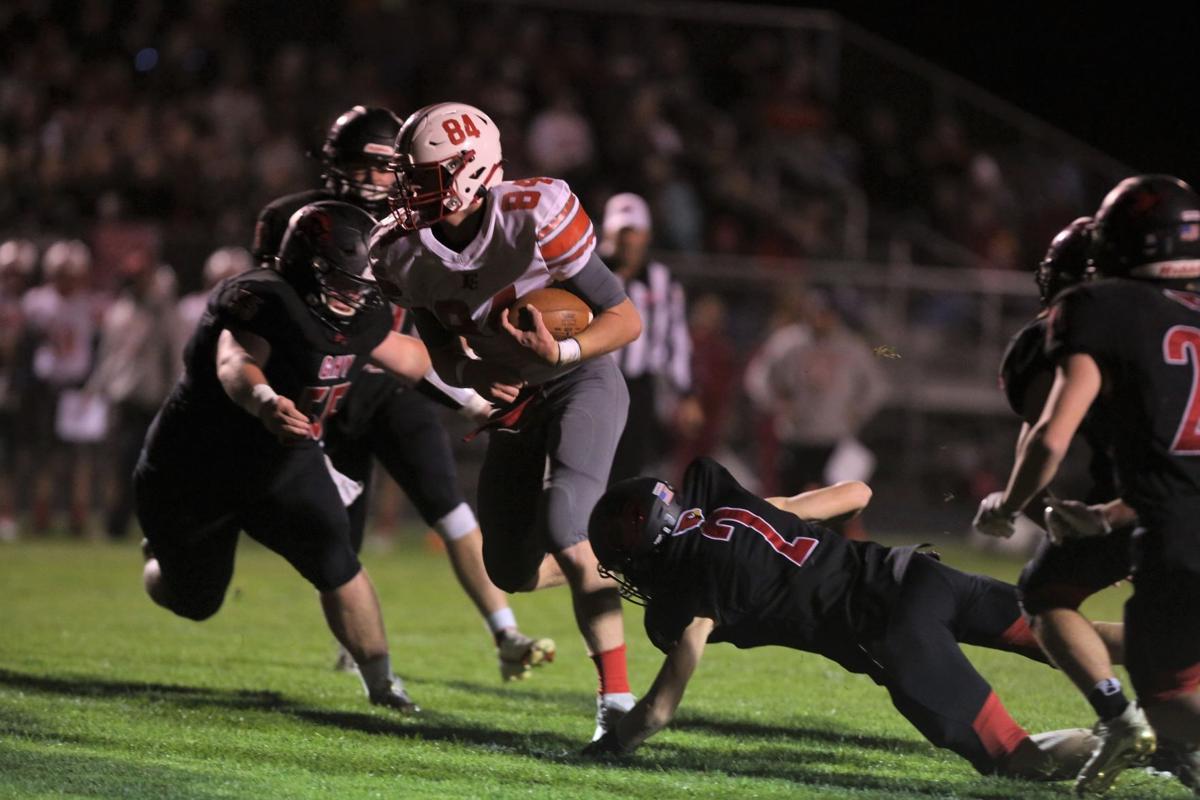 GHV's Rafe Van Dusseldorp (55) and A.J. Tusha (2) catch up with Forest City's Andrew Snyder (84) during a game in Garner earlier this season. 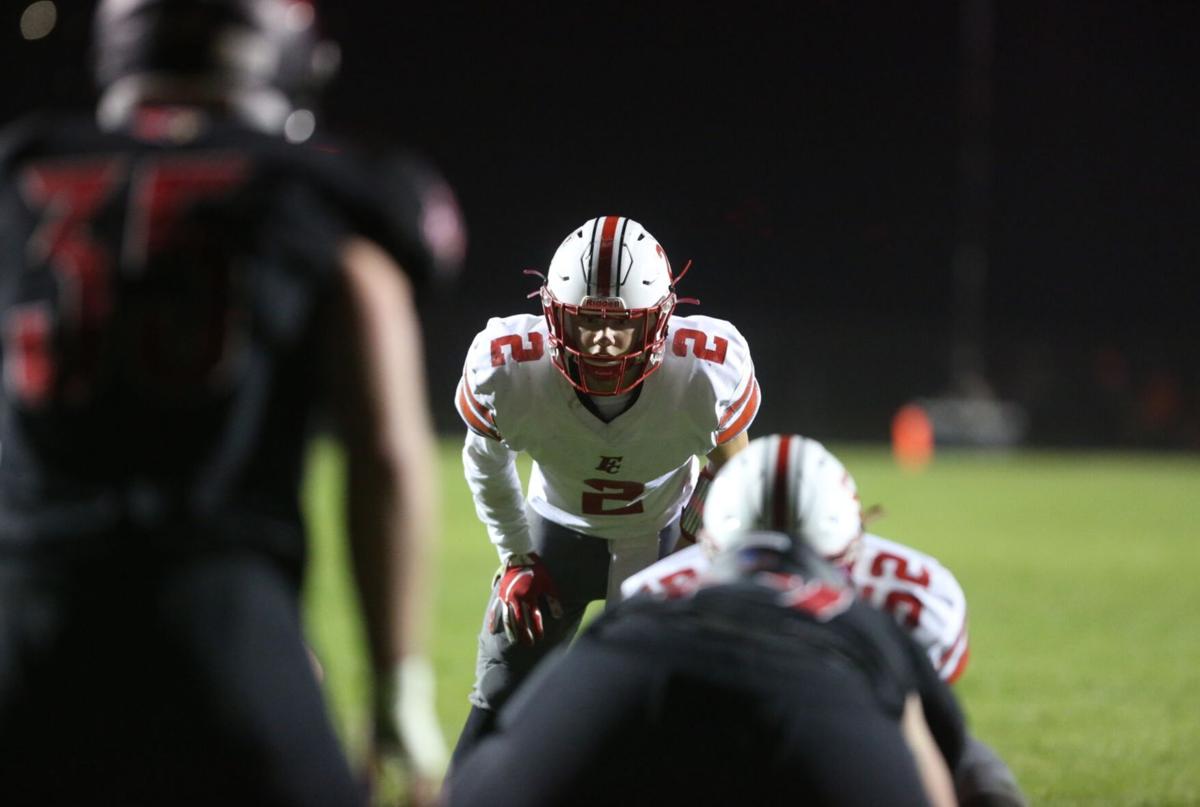 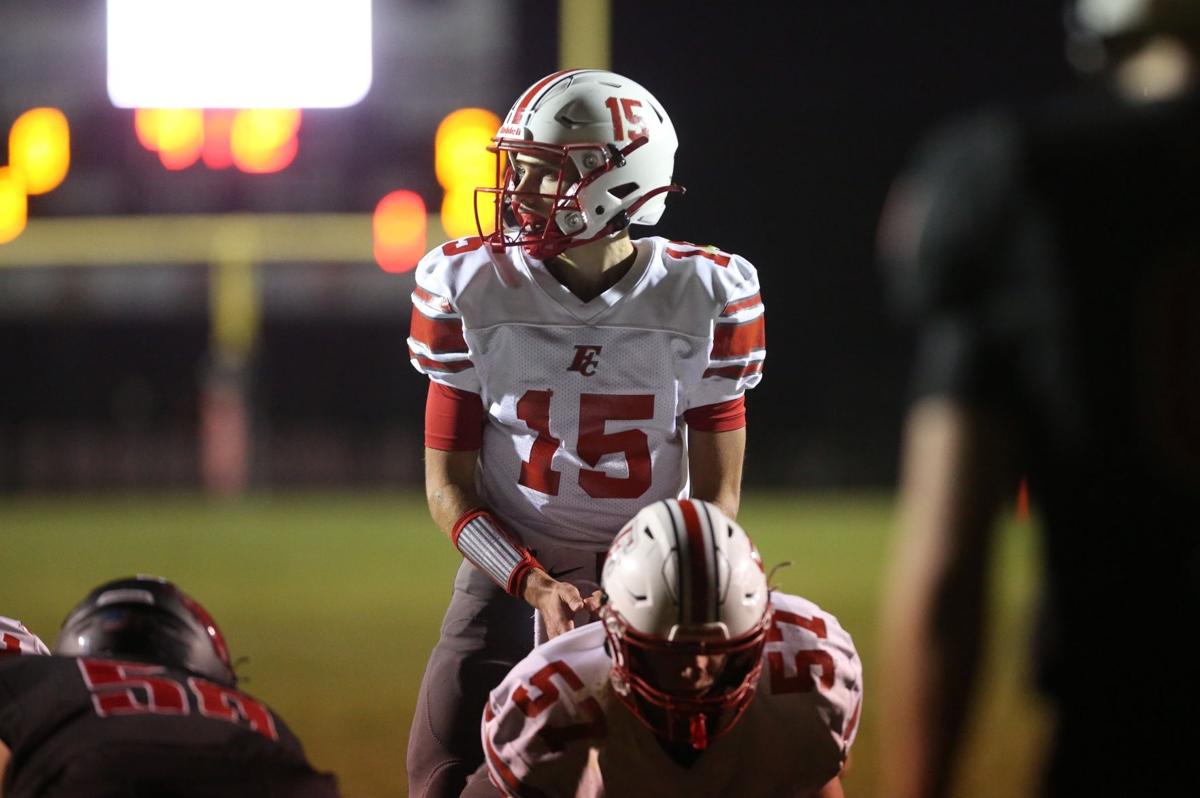 Forest Cty's Carter Bruckhoff (15) waits for the snap during a game against GHV in Garner on Friday.