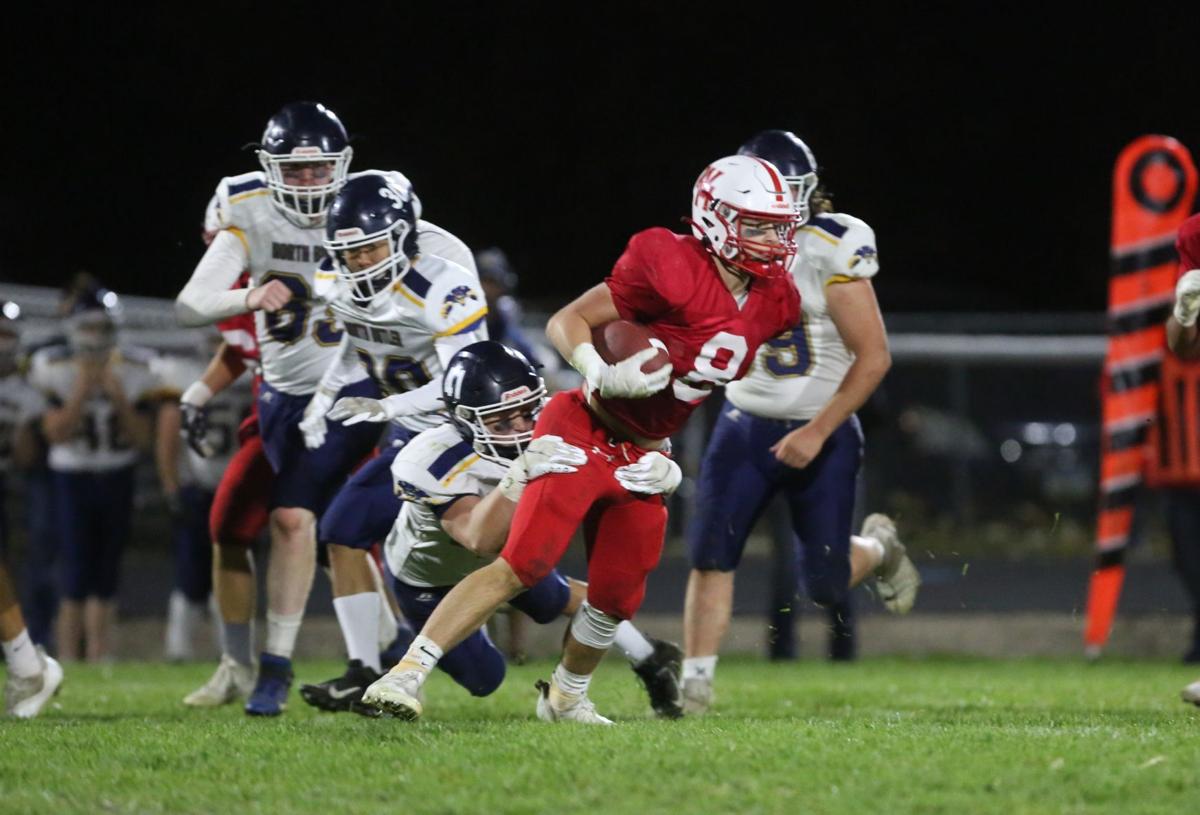 West Hancock's Kane Zuehl (8) is pulled back by North Butler's Logan Ott (41) in the Class A, District 2 championship game against North Butler in Week 8. 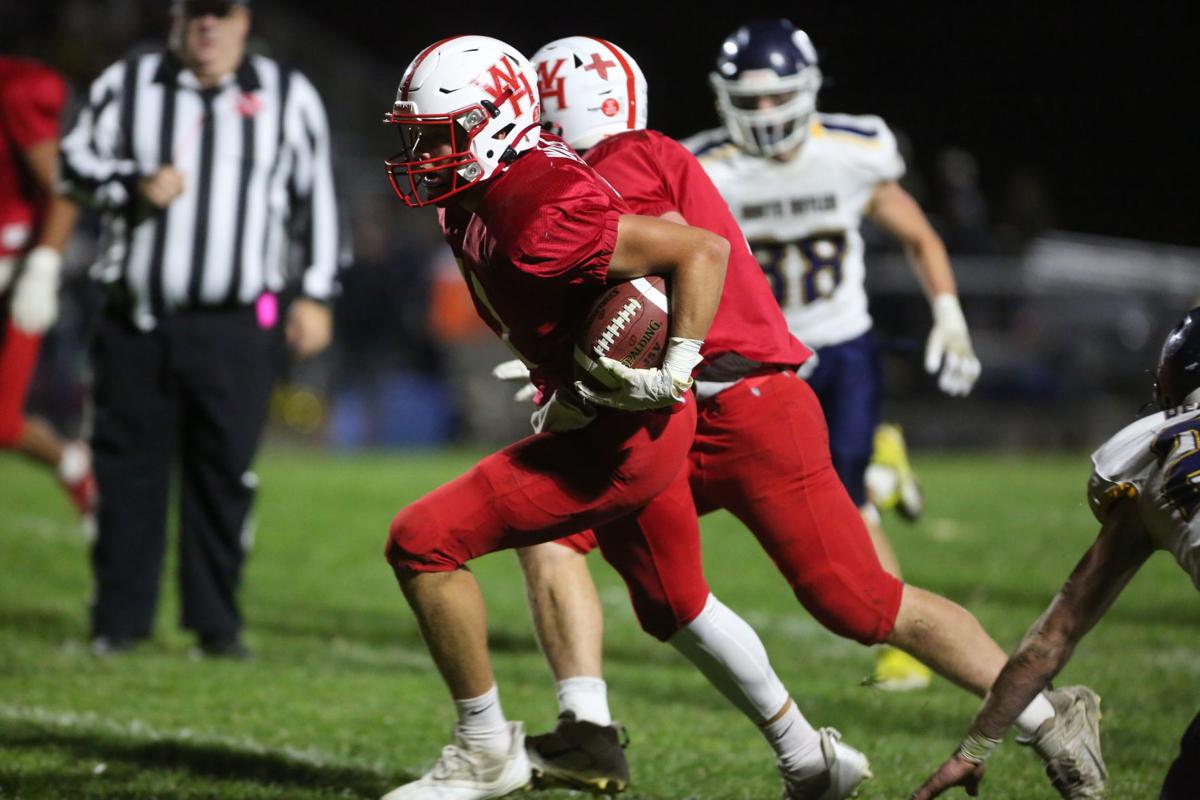 Braden Walk (11) carries the ball for West Hancock in the second half of Friday's Class A, District 2 championship game against North Butler in Britt.

What was billed as a top-3 tussle turned into a one-sided affair.

Class A top-ranked West Hancock ran down third-ranked North Butler's throats and came away with three turnovers that all turned into touchdowns in a convincing 36-0 triumph to cap off an undefeated regular season and a Class A, District 2 title.

"We just had a few things go our way," Eagles head coach Mark Sanger said. "Our group talks with each other, they adjust and they want to do well."

West Hancock (8-0, 5-0 District 2) is waiting for that celebration in a month at the UNI-Dome.

"It is another accomplishment we strive to get," fullback Mathew Francis said. "This is just the beginning."

Francis was bottled up for 23 yards in the opening quarter and then some. The Bearcats (7-1, 5-1) never let him break free for the majority of the first half.

Backed up to West Hancock's 15-yard line, Francis found a seam up the middle and darted 80 yards only to be chased down from behind and stopped at the North Butler 5-yard line.

Five players later, Kane Zuehl got a 3-yard pass from Mitchell Smith for his second touchdown of the half.

"This has been a repeating process," Francis said. "First quarter, we try to figure out what the defense is doing and what we adjust to."

"We got a lot of options on this team," Zuehl added. "Mathew is the workhorse, that's how it is."

The Eagles kept their foot on the gas with a 12-0 halftime lead.

Two third down passing plays that went for 15 and 36 yards set up Francis' 2-yard plunge to make it 18-0. Smith and senior Logan Leerar combined for 67 yards passing and just two incompletions.

Francis scored on the next drive from 17 yards out as he finished with 179 yards on 21 carries. Zuehl had a 5-yard TD run on a sweep play after he set up West Hancock inside the Bearcats 25-yard line with a one-handed interception in the first quarter.

Its defense turned two interceptions and one fumble into 21 points. That unit has yet to allow an opponent to reach double digit points.

"No matter who's on the field, everybody gets the job done," Zuehl said. "We work really well as a team. Something goes wrong, we try to fix it."

Braden Walk scored back-to-back touchdowns  in the fourth on counter plays to finish with 49 yards on three carries as he set in motion a running clock. The Eagles finished with 13 first downs.

About the only things that didn't go right for West Hancock was 0-for-3 on two-point conversions and extra points plus nine penalties for 90 yards.

"We got to clean things up," Sanger said. "Can't shoot yourself in the foot, but we responded well."

The Eagles will host a first round playoff game next Friday night then get re-seeded once the field of 32 is trimmed to 16.

All their focus goes in that direction and another trip to the state semifinals.

"We're moving on to bigger and better things," Francis said.

A look at the 16 area teams as volleyball regionals near

Cardinals don't allow history to repeat itself, triumph over Bulldogs

Garner-Hayfield-Ventura stared three points away from closing out Monday's Class 3A regional quarterfinal not once, but twice.

West Hancock's Kane Zuehl (8) is pulled back by North Butler's Logan Ott (41) in the Class A, District 2 championship game against North Butler in Week 8.

Braden Walk (11) carries the ball for West Hancock in the second half of Friday's Class A, District 2 championship game against North Butler in Britt.