Senior kicker Ava Seaton thought she might get an opportunity to kick the ball at some point during the second half of Mason City's home opener against Charles City on Friday night.

Instead, she got three of them – and one was an extra point opportunity.

On her 18th birthday, Seaton managed to put an extra point through the uprights late in the third quarter of Mason City's shutout win over the Comets. In the process, she became the first girl to score varsity points in a Mason City football game.

"Honestly, I didn't actually know that was actually true," Seaton said. "I kind of thought they were just playing with me, because I know there's been a lot of girls that have played football before. I just didn't realize that none of them have scored before. It's just really cool for me."

This fall is the first time Seaton has been out for football. She played soccer during the spring and played in all 19 of the games for the Mohawks.

She then spent some time with her dad in the backyard kicking a football this summer. She decided to join the football team for one main reason.

"I wanted to be around new things," Seaton said. "I thought it would be a fun thing to be a part of."

She's been surprised at how much time is devoted to the sport, and how intense it can get during practice and games.

"For me it's definitely different," Seaton said. "In soccer, it's obviously intense, but when you get around the boys and they're going full pads, it's like, 'oh my gosh.'"

By her own admission, it's been tough to stand on the sidelines and watch during the first few weeks of the season. The Mohawks took two losses to start the 2021 campaign.

With Mason City on track to earn its first win of the season against Charles City on Friday night, Seaton suggested to a coach during halftime the idea of her kicking once in the second half.

Since Friday night, Seaton has had many people reach out and congratulate her on the accomplishment during the early part of this week.

However, the response directly after the game was her favorite part.

"The best part was hearing all the little girls, even girls in my grade and freshman girls, be like 'Oh that's so cool. You're showing everyone that girls can do things like that,'" Seaton said. "I heard a lot of girls say that they look up to me. It just made me feel really good."

After a couple months of playing football, Seaton says she finally understands why football, specifically at the high school level, means so much to each community.

"It's bigger than just a sport to everyone," Seaton said. "It makes an impact on everyone's life. Being part of a team is being part of a family. Even with me being the only girl, everybody is like brothers together."

Seaton and the Mason City football team will take on Webster City at 7 p.m. on Friday night at Mohawk Field.

Friday night was an important night for the Mason City athletic program.

Newman Catholic head coach Kristen Breckenridge has seen plenty of growth in her team this season. 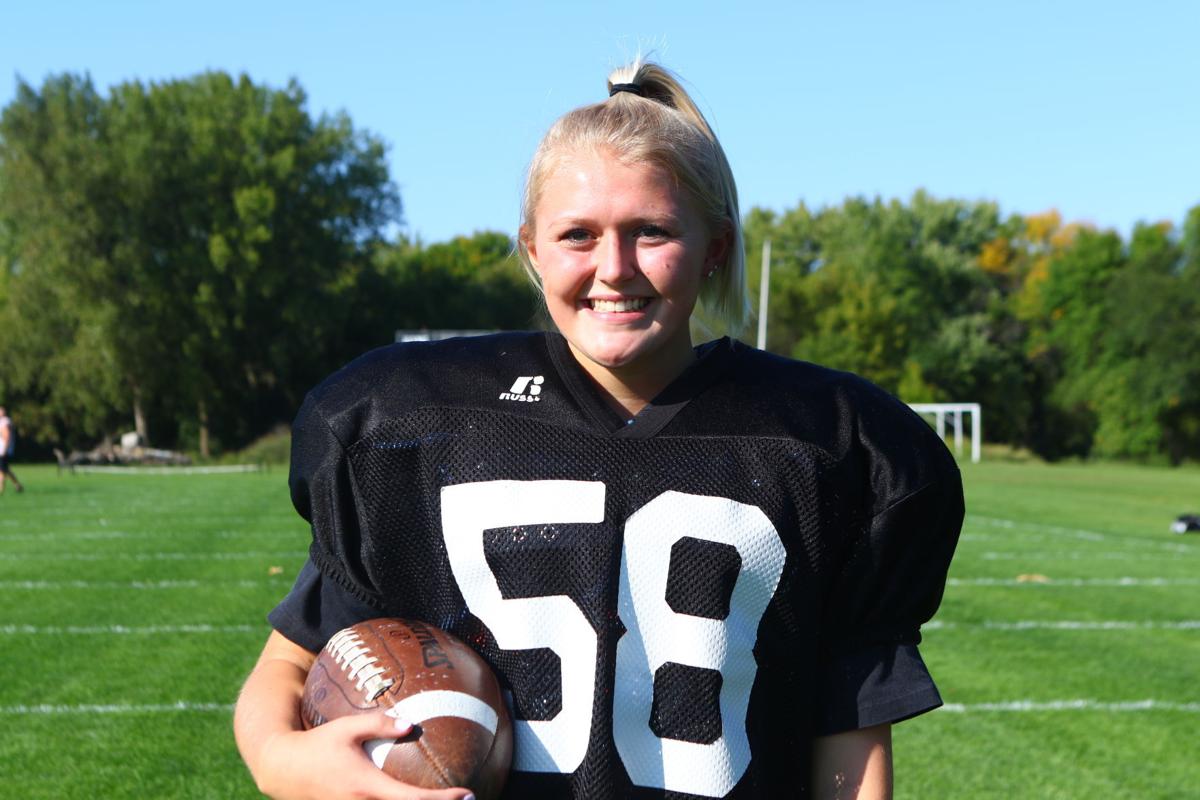 Ava Seaton poses with a football at Mason City's football practice on Wednesday. 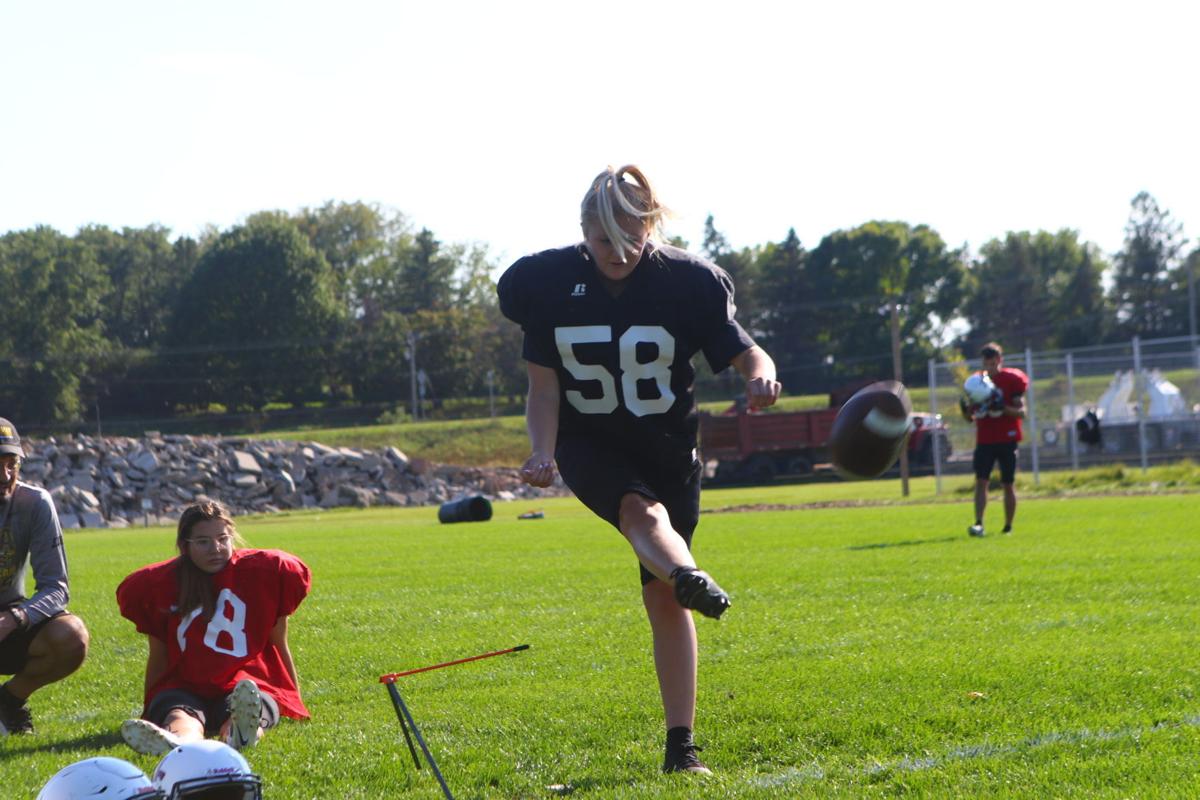 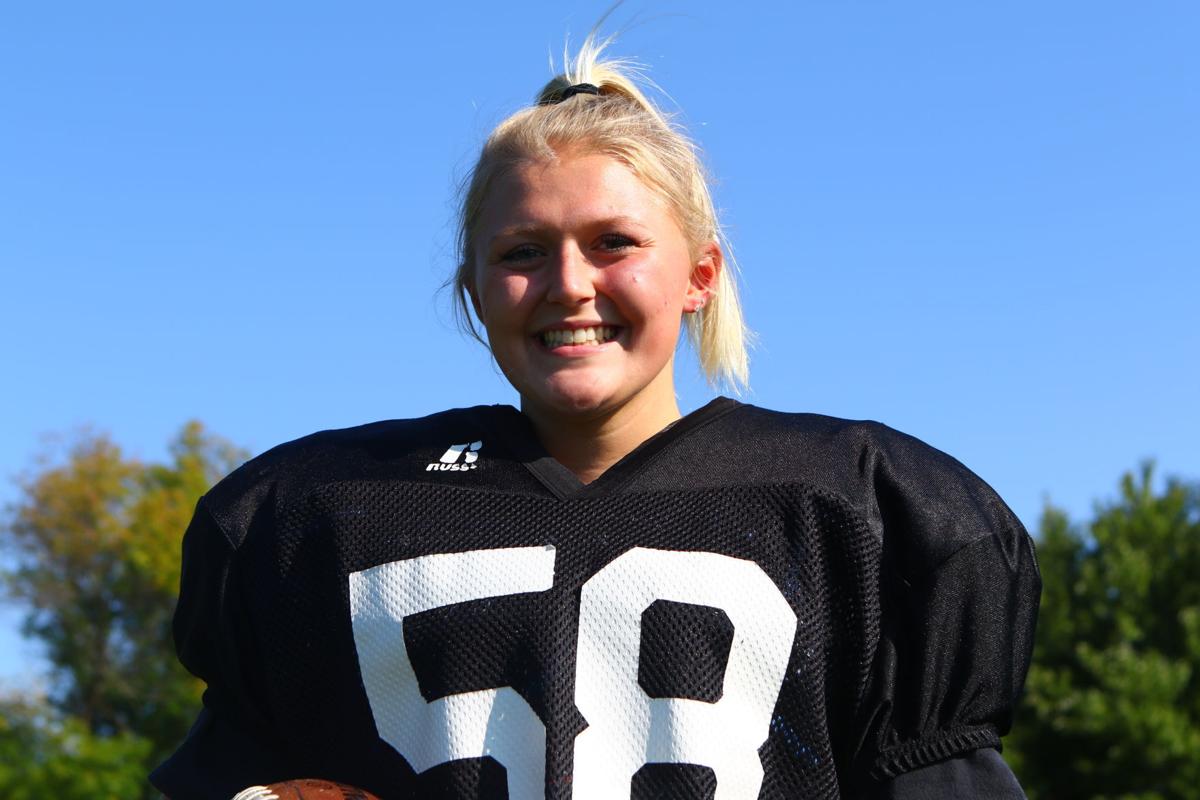