The Wildcats (2-5, 2-3) host Clarksville (1-6) with a potential playoff berth hanging in the balance. A win would go a long way toward locking up the team's spot.

Much of that has to do with Riceville's two standout, two-way seniors Lawson Losee and Theo Klaes. Both say the Wildcats haven't had their best season as far as the win-loss record goes, but it doesn't matter as much if the squad can make a postseason appearance.

"It would be huge," Losee said. "I've never experienced the playoffs, so it would be something cool and something different to experience. Riceville, we've got a big fan base. They would love that, too, so hopefully we can make that happen."

Losee has been one of the top tacklers in the entire state. He's currently third overall with 83 total tackles.

He says much of his success has to do with the defensive line eating up blocks and allowing him to roam the field and make plays.

"I clean up a lot of plays," Losee said. "I love being that middle-backer role. I wouldn't want to be anywhere else."

Losee was in the middle of a solid season in his junior campaign in 2020, but missed a handful of games toward the end of the year due to an injury.

After standing on the sidelines last season, Losee was determined to come back even stronger this fall. So far, he hasn't missed a game.

"That's the mentality I had all offseason," Losee said. "I was working my butt off, so was the whole team. We were lifting four times a week and running after every single lifting session. We've all put in a crap-ton of work, and we've seen some improvement."

One of those players who has seen improvement is Klaes. In his junior year, he didn't even play defense. This season, he has teamed up with Losee at the inside linebacker position.

He's recorded 61 total tackles of his own in his first season on the defensive side of the ball.

"It's been really fun kind of learning how to play defense and being able to go up and make the tackle," Klaes said. "It's been really fun with Lawson being in the middle linebacker position together. We have a lot of fun together controlling the run game and trying to make heck with it."

Klaes and Losee also team up on the offensive side of the ball. Klaes, who leads the state with 208 passing attempts, has connected with Losee 36 times for 427 yards and seven touchdowns.

Senior Isaac Kuhn and freshman Andrew Beran have been some of Klaes' favorite targets outside of Losee. The two pass-catchers have combined for 46 catches for 579 yards and six touchdowns.

With the opportunity to make the playoffs on the line, the team's attention is squarely focused on Clarksville now.

Just how important a postseason appearance is to the town of Riceville isn't lost among the team's seniors.

"It would be really cool," Klaes said. "We've worked all summer and all season to put us in a position for us to make the playoffs. We've just got to come out Friday and do what we control and let the cards fall where they fall." 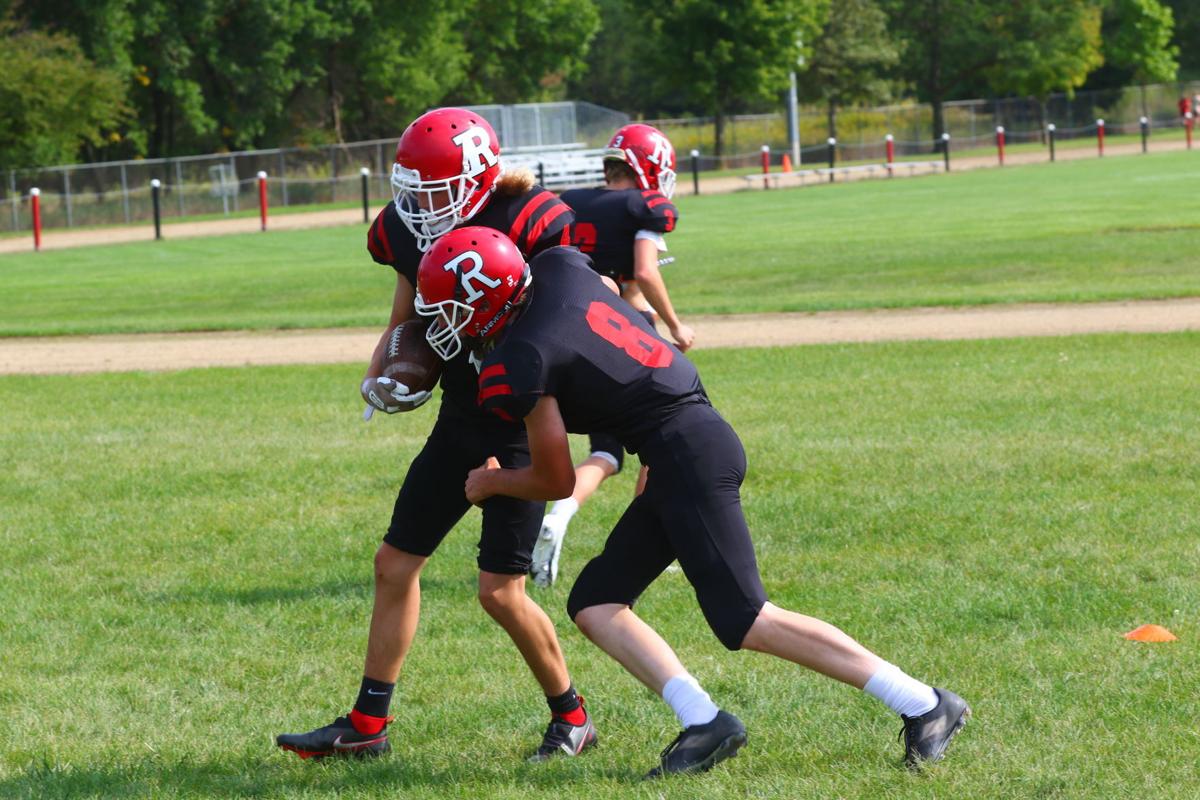 Riceville senior Theo Klaes (#8) makes a tackles during a drill earlier this season. 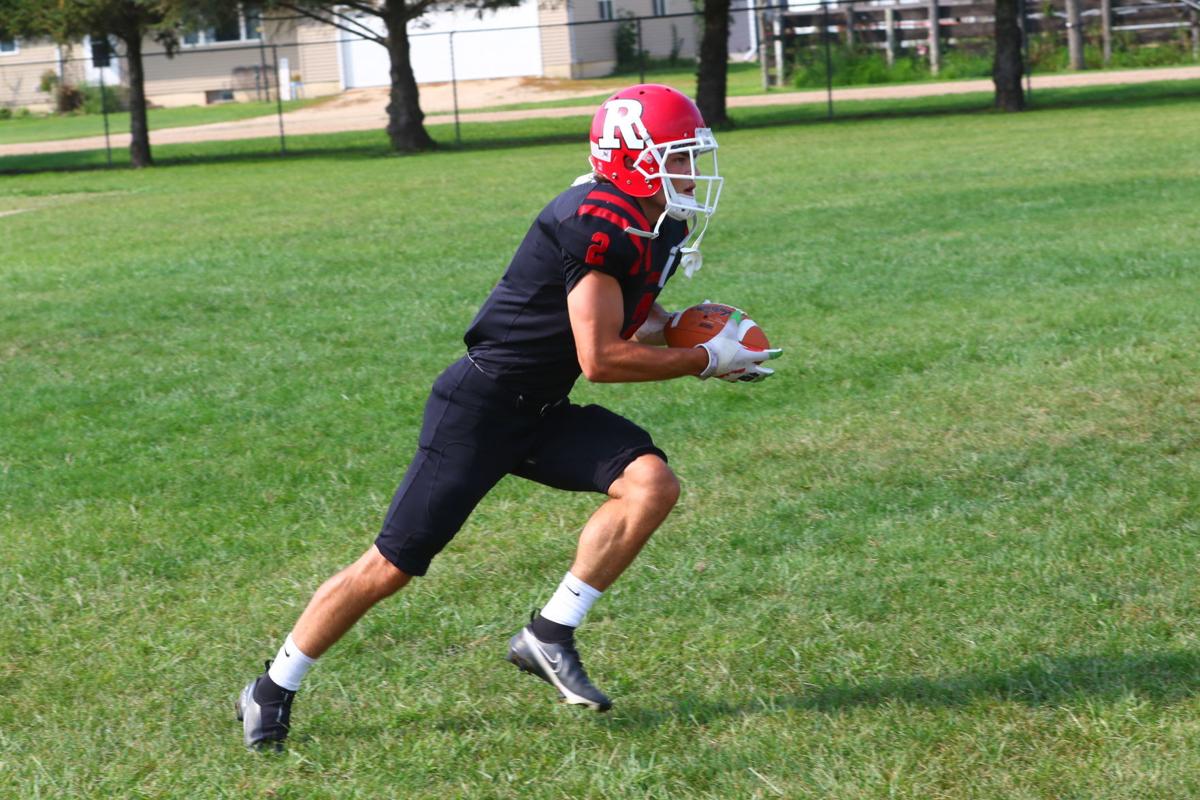 Riceville senior Lawson Losee returns a kick at practice on Wednesday in Riceville.