If you want to see the leading tackler in Class 4A of Iowa high school football, all you have to do is turn on the tape and watch Mason City's defense.

Branson Peters is everywhere. You can't miss him.

The senior linebacker leads the state in total tackles (69) and solo tackles (58). The next-closest in solo tackles is eight behind Peters.

Lee and the Mohawks experienced a tough loss on Friday night in a 64-20 road loss to Class 4A, No. 4 Waverly-Shell Rock.

Peters is one of the top players in other categories as well. He has 10 tackles-for-loss, five sacks and four fumble recoveries.

But what does he think sets him apart?

"My hustle and my mentality," Peters said earlier this season. "My mentality is different from everyone else's mentality. I like to hold my mentality to a higher standard. I'm a high-standard player."

At 6-foot-1, 200 pounds, Peters possesses the speed to make open-field tackles with relative ease. He also has a knack for finding the football.

And he's not afraid to get physical, too.

"Mainly, I like to talk with my pads and not with my mouth," Peters said. "These do way more talking than my mouth."

Lee described Peters with words like "maniac" and "unbelievable."

"I feel like Branson is the craziest guy I've ever met," Thomas said. "He's all over the place. I make fast plays, and he does, too."

Currently 2-5, the Mohawks have had their fair share of ups and downs this season. In the two wins, Mason City gave up just six total points.

In the five losses, the defense has surrendered an average of 40.4 points.

But Peters has been a bright spot in the wins and the losses. A senior on the team, he's hopeful his play on the field, and personality off it, will leave a lasting impact on a Mason City program that's in the process of a rebuild.

The Mason City Toros traveled to Rochester for a Fraser Cup rematch with the Grizzlies in NA3HL action on Saturday night, but the Grizzlies took a 5-2 win.

Down 2-1 heading into the third period at Minot, the North Iowa Bulls needed a spark if it was to beat the Minotauros on Saturday night at Maysa Arena.

Two of the top runners in the state continued their strong seasons with victories at the Bear Creek Golf Course in Forest City on Monday night. 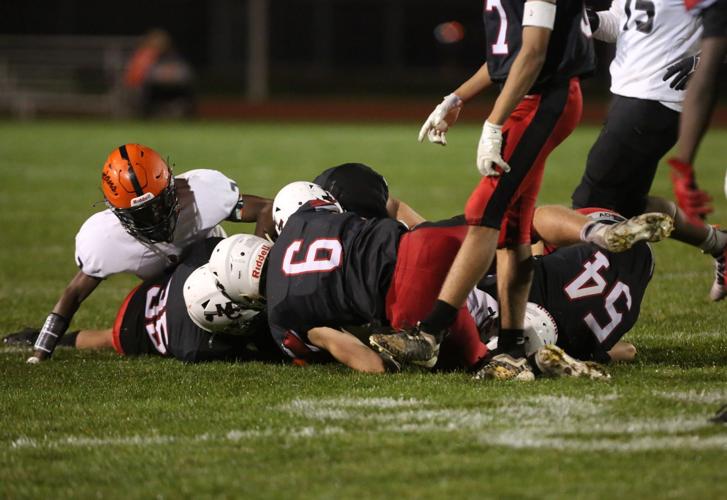 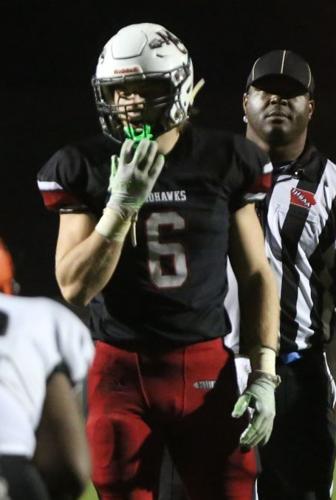