Become a Member
Read Today's E-edition
Share This
Game of the Week: West Hancock, St. Ansgar set to engage in battle of Class A powerhouses
0 comments
Share this

Two of the top Class A programs of the last few decades will square off for the first time since 2017 on Friday night.

Since 1973, the West Hancock football team has been to the state playoffs 30 times, including three state titles – most recently in 2019.

Since 1986, the St. Ansgar football team has been to the state playoffs 18 times, including back-to-back UNI-Dome appearances in each of the past two seasons.

"Historically, if you look at since playoff football started in the year 1972, St. Ansgar and West Hancock are both top 25 teams in terms of winning percentage in the state of Iowa, regardless of class," St. Ansgar head coach Drew Clevenger said. "There's been a lot of good kids and a lot of good coaches in the programs over the last 50 years now."

Sixty-one miles separate the two schools. But the two teams have only battled each other six times. The last was in 2017, when St. Ansgar took a 21-20 win over West Hancock.

The Eagles have never beaten the Saints. West Hancock head coach Mark Sanger is hoping that streak is broken on Friday night in St. Ansgar.

"You always find ways to challenge the kids, and I'd be lying to you if I told you that wasn't a way I challenged them," Sanger said. "Each group wants to make their own mark. They want to do something no other group has done before, and that's a pretty easy one to find."

The current No. 1 team in Class A, West Hancock has looked like a state championship contender up to this point in the season. The Eagles are 6-0 overall and undefeated in District 2 play.

The Eagles have solid wins over Class 2A Garner-Hayfield-Ventura and a then-ranked Hartley-Melvin-Sanborn team.

"You want to challenge yourself during the year so that you're prepared," Sanger said. "I think we've done a nice job with our schedule. We've had tough opponents and we've come away learning more about our team."

Senior fullback Mathew Francis has been nearly unstoppable carrying the ball this season. He's rushed for 872 yards and 14 touchdowns on 134 carries.

The run-heavy West Hancock offense also features two half backs that average over 8.3 yards per carry in Kane Zuehl and Braden Walk.

"Their offensive line and defensive line, while maybe not as big this year as they typically are, they're very well-coached and fire off the ball hard," Clevenger said. "The Francis kid at fullback is one of the top players in our class in the state. It's going to be a tremendous challenge."

On the other sideline, St. Ansgar hasn't been as dominant to this point in the season. The Saints are 2-4, with both wins coming against district opponents.

However, the Saints have played a very challenging schedule, including two tough non-district losses against Class 2A Osage and Class A, No. 4 North Tama.

Clevenger says his boys have yet to hang their heads.

"Our kids' attitudes have been great. I've been pleased with the attitude and effort," Clevenger said. "We've had great practices over the last several weeks. We've just had some issues with some self-inflicted mistakes, really in all three phases of the game. The teams we've played this year, we can't make those types of mistakes and beat good teams like that."

Offensively, the Saints have been led by senior ball carrier Lorne Isler, who has earned the lion's share of the carries in the backfield this season. He's rushed 136 times for 783 yards and nine touchdowns.

Defensively, St. Ansgar is led by four players. Isler, Joey Beyer, Tate Mayer and Bradley Hackenmiller all have over 20 tackles at this point in the season.

"They're always going to have good football," Sanger said. "On paper, maybe it doesn't look like the season they normally have, but they're still a very good football team."

Nabbed in the pre-season as one of the games to watch by many North Iowa football fans, the matchup is sure to be a good one.

The two teams will play at 7 p.m. on Friday in St. Ansgar.

There were a couple changes for North Iowa teams in the cross country rankings. In football, West Hancock is still ranked at the top in Class A.

The Mason City boys golf team has seen a drop in scores from last year to this season. The Mohawks will compete at the district meet on Tuesday.

The NIACC softball team has a new face leading its program this season. 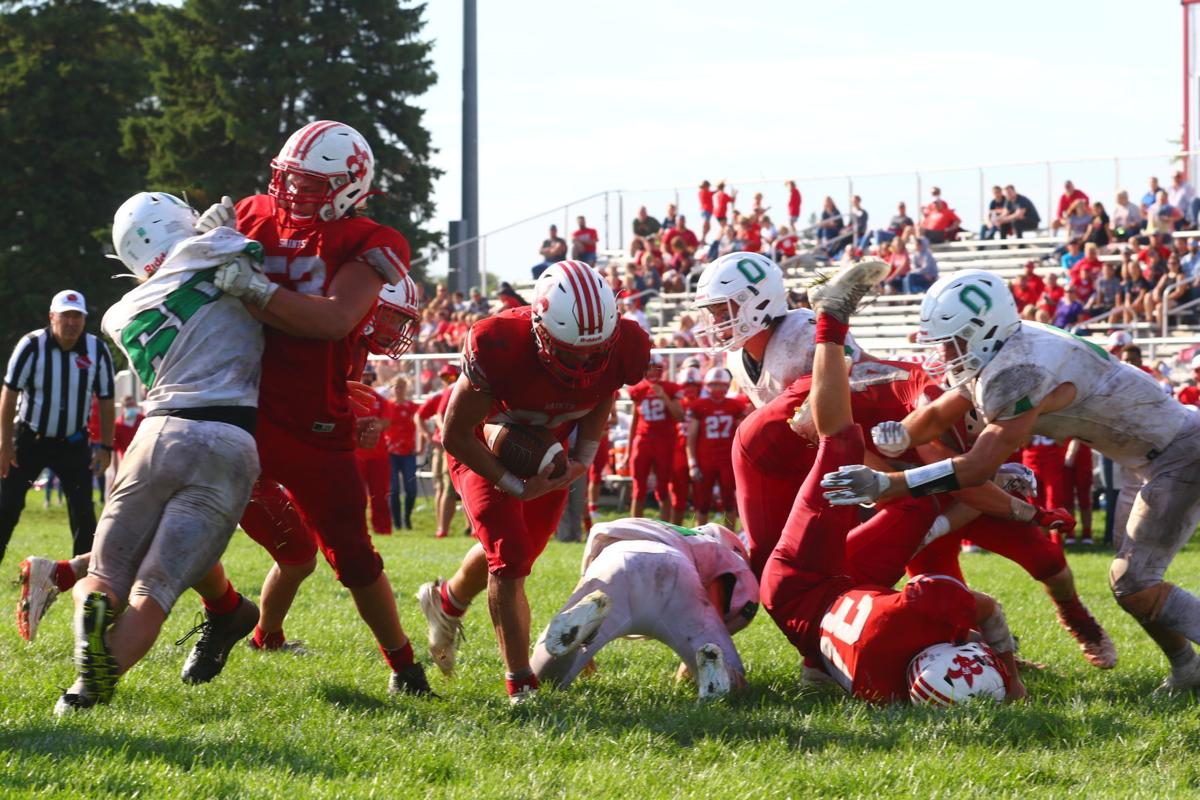 St. Ansgar senior Lorne Isler carries the ball in an earlier game against Osage this season. 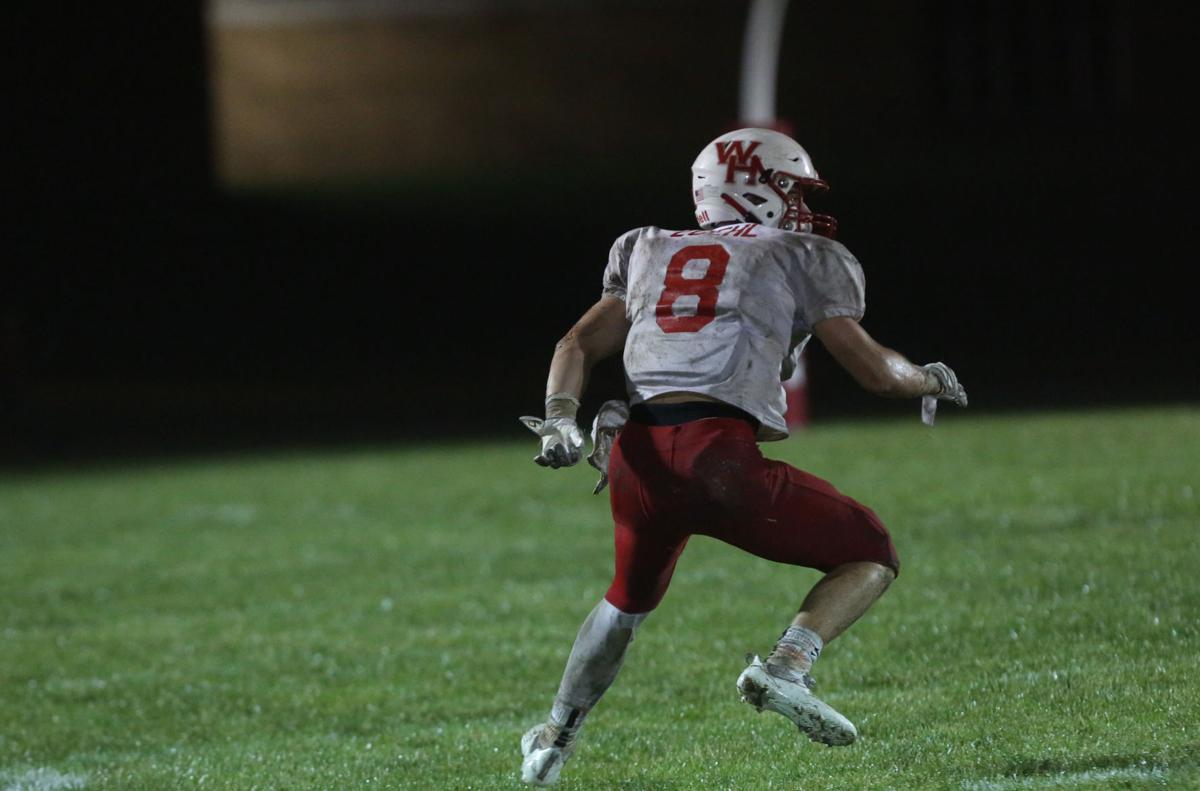 West Hancock senior Kane Zuehl looks to make a play earlier this season in a game against Newman Catholic.