It's no secret that District 2 in Class A is filled with talented teams.

Two of the top teams are set to do battle on Friday night in Mason City.

The Newman Catholic football team will host West Hancock in a matchup that has major playoff implications in the loaded district.

"You could go back 30 years probably and put on the tape of both teams and you wouldn't know what year it was," Newman Catholic head coach Rich McCardle said. "Because we both run the same stuff."

Both teams feature run-heavy offenses and are coming off convincing wins in Week 1.

The Knights earned a 33-8 home win over Central Springs last Friday night. In that game, Newman Catholic stuck to its guns and delivered by way of the ground game. Eleven different ball carriers helped earn the Knights 243 total rushing yards.

Seniors Jack Maznio and James Jennings did the heavy lifting, earning the most of the carries and yards.

Defensively, the Knights were even more solid. Sophomore Toby Keston recorded two interceptions, and junior Noah Hamilton grabbed a pick that went 93 yards the other way for a score.

"Our defense looked okay," McCardle said. "I thought we handled our responsibilities well."

West Hancock handled Garner-Hayfield-Ventura from start to finish on the road last Friday night. The Eagles earned a 28-7 Hancock County rivalry win over the Cardinals.

Senior fullback Mathew Francis picked up right where Cole Kelly left off a season ago by delivering 145 rushing yards and three touchdowns in the season opener. The Eagles proved their ground game will again be tough to defend this fall.

Defensively, the Eagles also held their opponents to just one score in Week 1.

Head coach Mark Sanger will have his boys ready for Friday's test in Mason City.

"Having that competition during the year pays dividends in the postseason," Sanger said during the preseason.

In order for the Eagles to earn the win over Newman Catholic, their defense will have to be ready for the Knights to potentially get more creative on offense. Toward the end of the 2020 season, McCardle allowed quarterback Max Burt to throw a bit more, which worked well.

If West Hancock comes prepared for the ground game, Burt and his playmakers might attempt to beat the Eagles through the air.

On the flip side, the Knights will need to match West Hancock's traditional smash-mouth physicality up front. The Eagles have already shown that their capability of running the ball hasn't decreased in 2021.

Newman Catholic will need to limit Francis' damage on the ground.

The meeting between the two teams will be the first since 2017, when the Eagles earned a 54-20 win over the Knights in Mason City.

Overall, the game has all the makings of a North Iowa small-school classic.

"We're looking to be competitive, see if we can keep it close and come away with it at the end," McCardle said.

The game is scheduled for a 7 p.m. kickoff on Friday in Mason City. 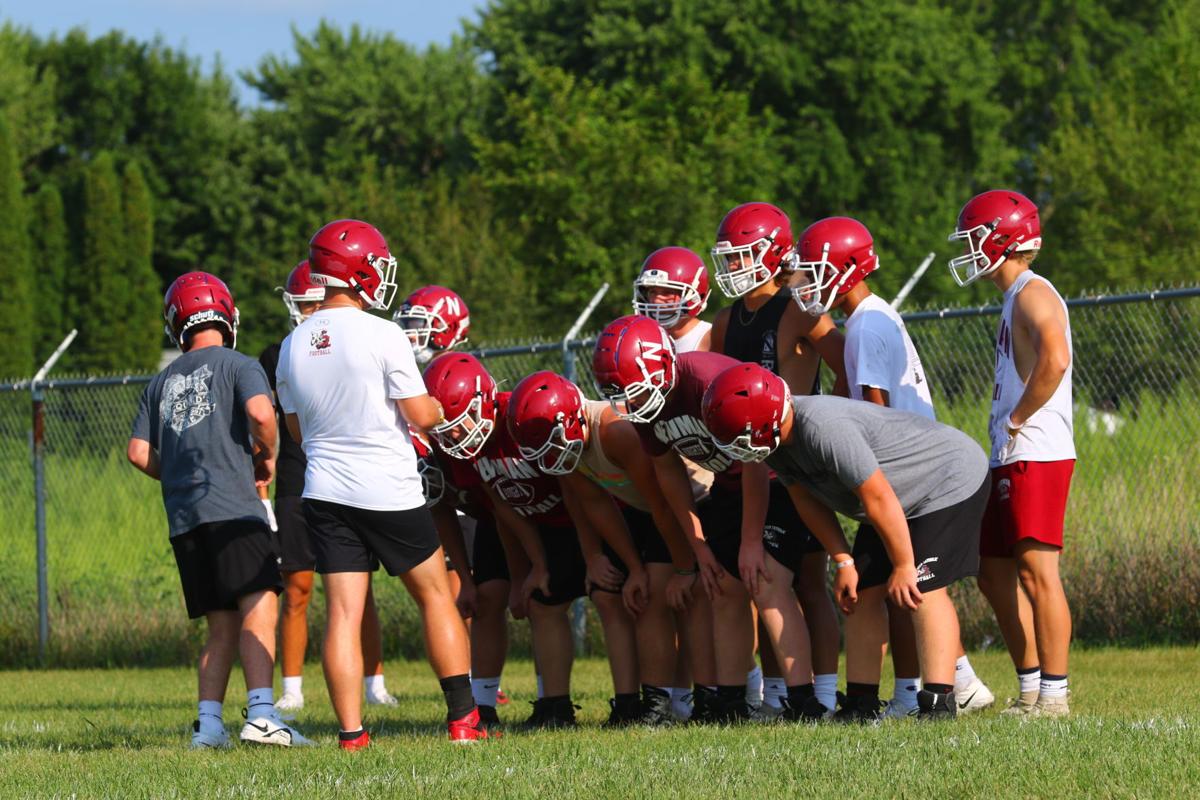 The Newman Catholic football team's offense gathers around quarterback Max Burt and waits for the play to be called at a practice earlier this season. 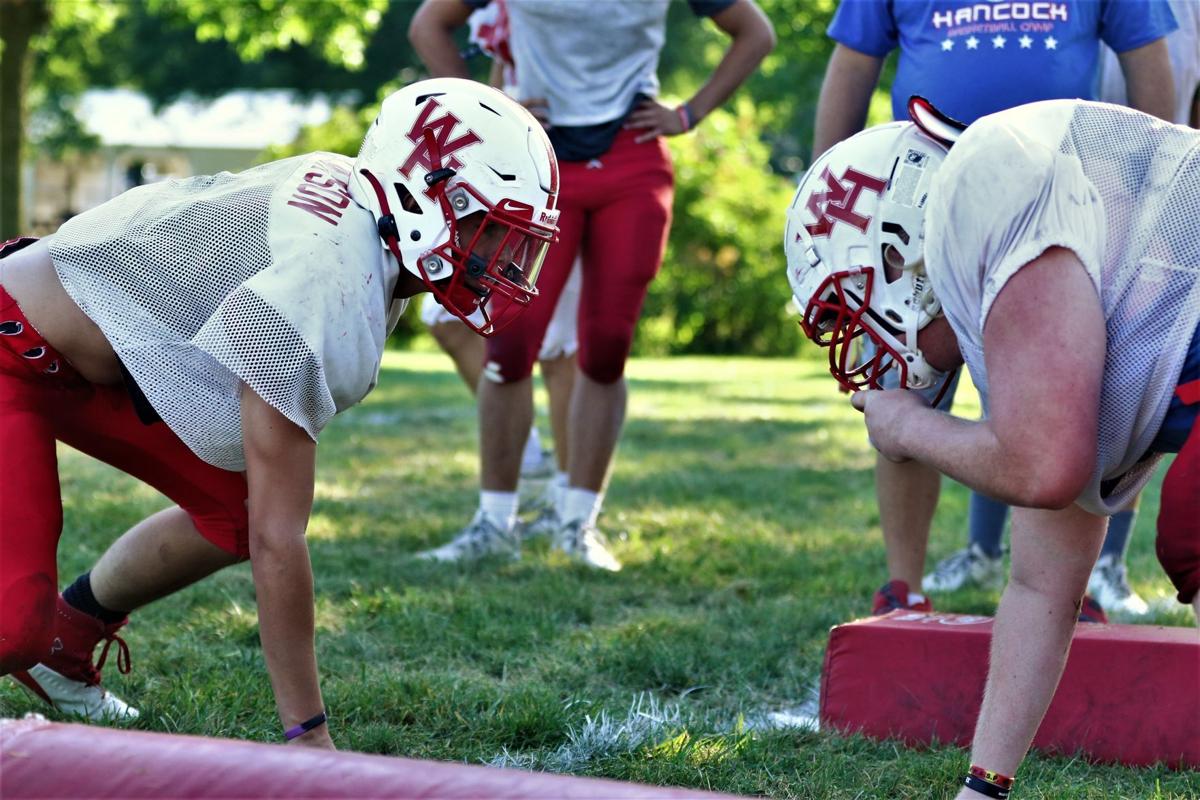 Two players for the West Hancock football team prepare to clash helmets during a drill at practice during the preseason.