All four times, the Eagles didn't allow a score.

Behind the shutout performance on defense, and explosive plays on offense, the No. 1 West Hancock football team rolled through Hartley-Melvin-Sanborn (HMS), 27-0, in the Class A quarterfinal on Friday night in Britt.

The win sends the Eagles back to the state semifinals at the UNI-Dome for the first time since 2019.

"It's something we've always dreamed of doing," senior Braden Walk said. "We've done it in the past few years, but losing a hard one last year at home put a little bad taste in our mouth. We worked extremely hard this offseason. We never gave up and we fought hard."

West Hancock head coach Mark Sanger was proud of his team's effort on both sides of the ball, but was extra happy with another shutout by his defense.

It's the fourth shutout of the year, and it keeps West Hancock's streak of not allowing more than one touchdown in a game all season alive.

But Francis and the Eagles struggled to get things going on offense right away. After struggling on its opening two drives in its secondary shotgun offense, West Hancock (11-0) went back to its traditional under-center offense in the second quarter after an interception by junior Rylan Barnes on defense.

Francis finally put the Eagles on the board with a 43-yard touchdown run. The Eagles took a 6-0 lead with just over four minutes remaining.

The Hawks (8-3) drove down the field near the end of the first half. Again, the visitors couldn’t come up with a score. This time, two false start penalties in the final 15 seconds resulted in a scoreless first half and a West Hancock lead at the break.

The second half was more of the same for the West Hancock defense, but Eagles found their groove offensively.

On his first carry of the night, Walk carried the ball 75 yards for the score, weaving in and out of the HMS defense in the process. That gave the Eagles a 12-0 lead after a failed 2-point conversion.

"My tight end Rylan got the big block for me, and I was like, dang we're going to be gone right here," Walk said. "I saw they were over-pursuing and I just made the right moves. My lineman were hustling down the field to keep blocking. I'm just glad we scored."

Francis capped off his night with touchdown runs of 48 yards and 44 yards, respectively, at the end of the third quarter and start of the fourth. The 27-0 lead was all but insurmountable for the Hawks.

Francis finished the night with 21 carries for 252 yards and three touchdowns.

"Our team has grit," Francis said. "We figured out that if we just keep hammering, that's exactly what's going to work."

The Eagles will play East Buchanan in the state semifinals at 10 a.m. on Thursday at the UNI-Dome in Cedar Falls.

'We all came back together': A look back at another successful Osage volleyball season

The Osage volleyball team has been a pillar of success for the better part of a decade now. 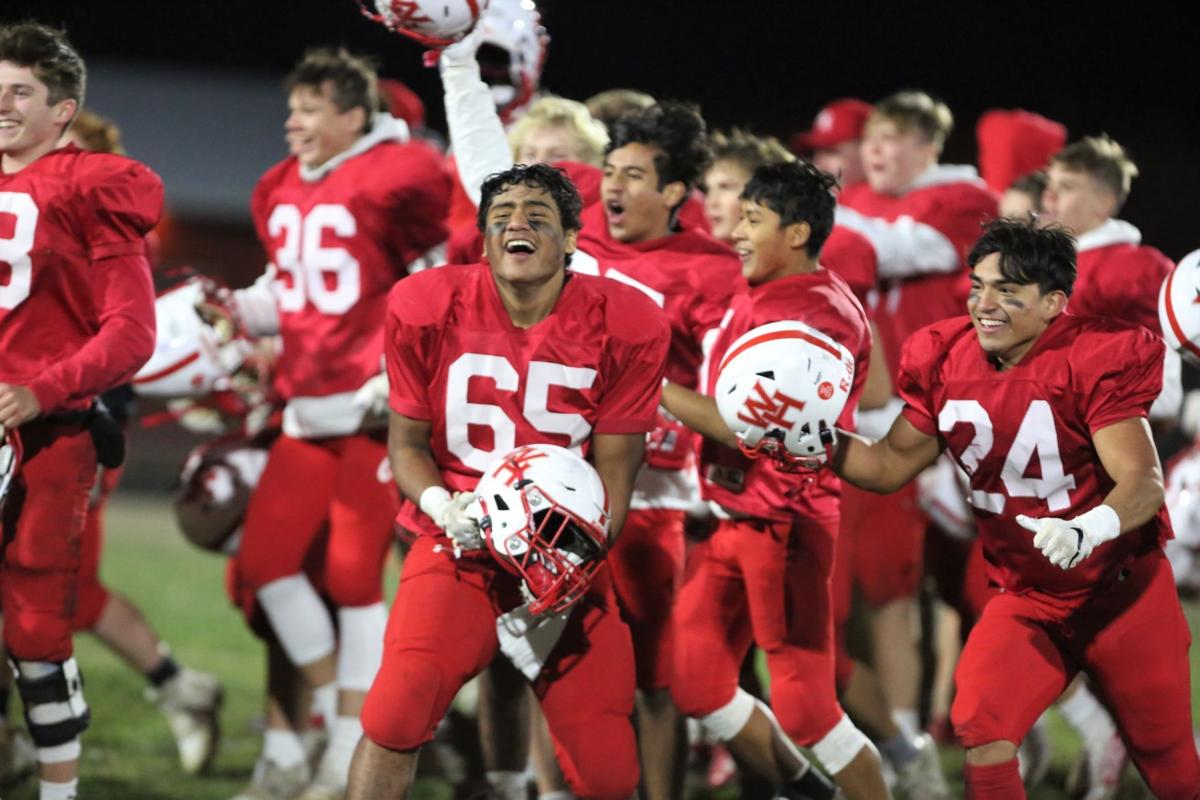 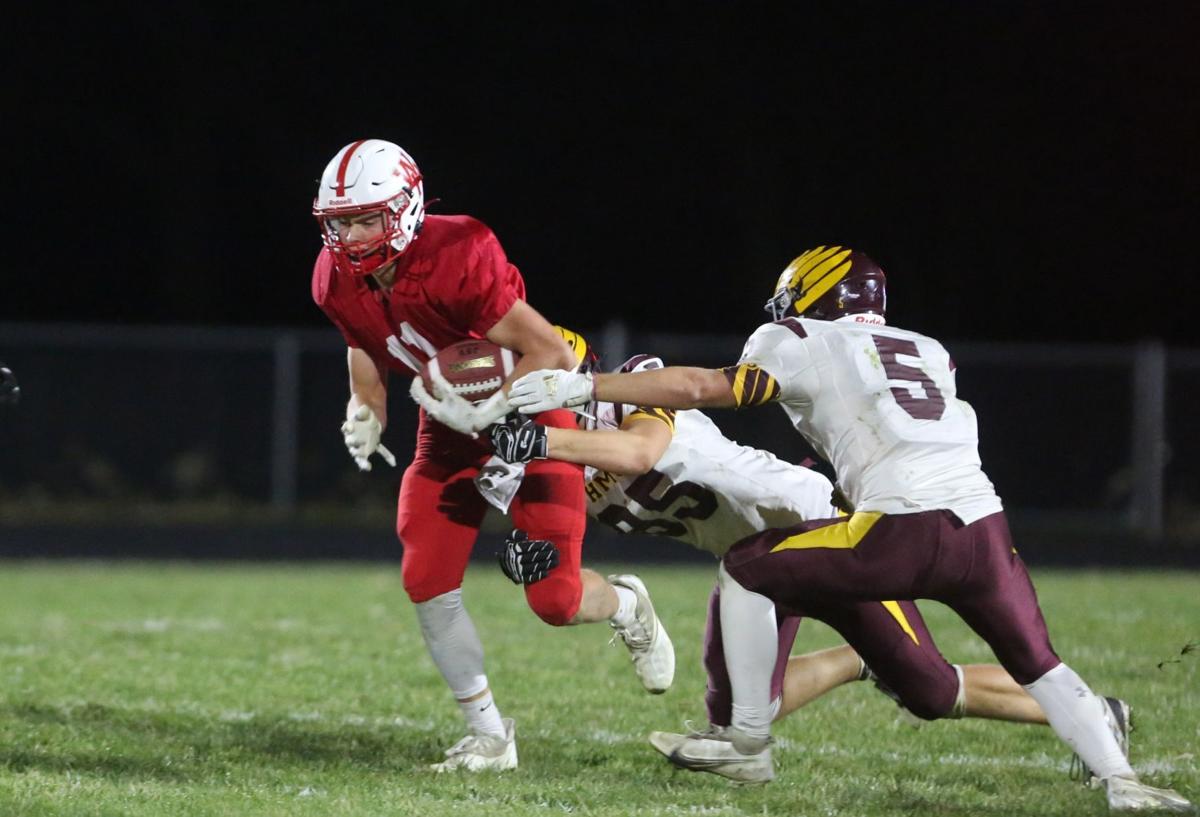 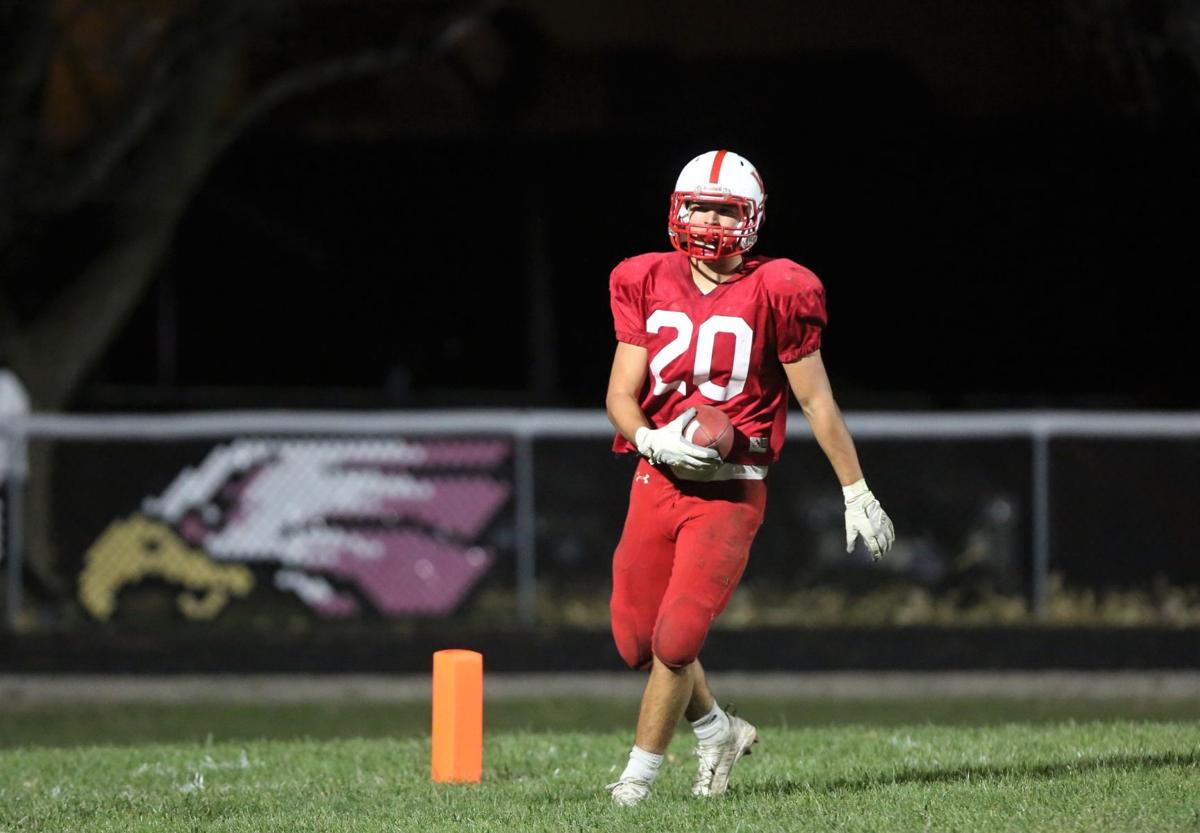 Mathew Francis looks back at the sideline after a touchdown run on Friday night during the Class A quarterfinal game against Hartley-Melvin-Sanborn. 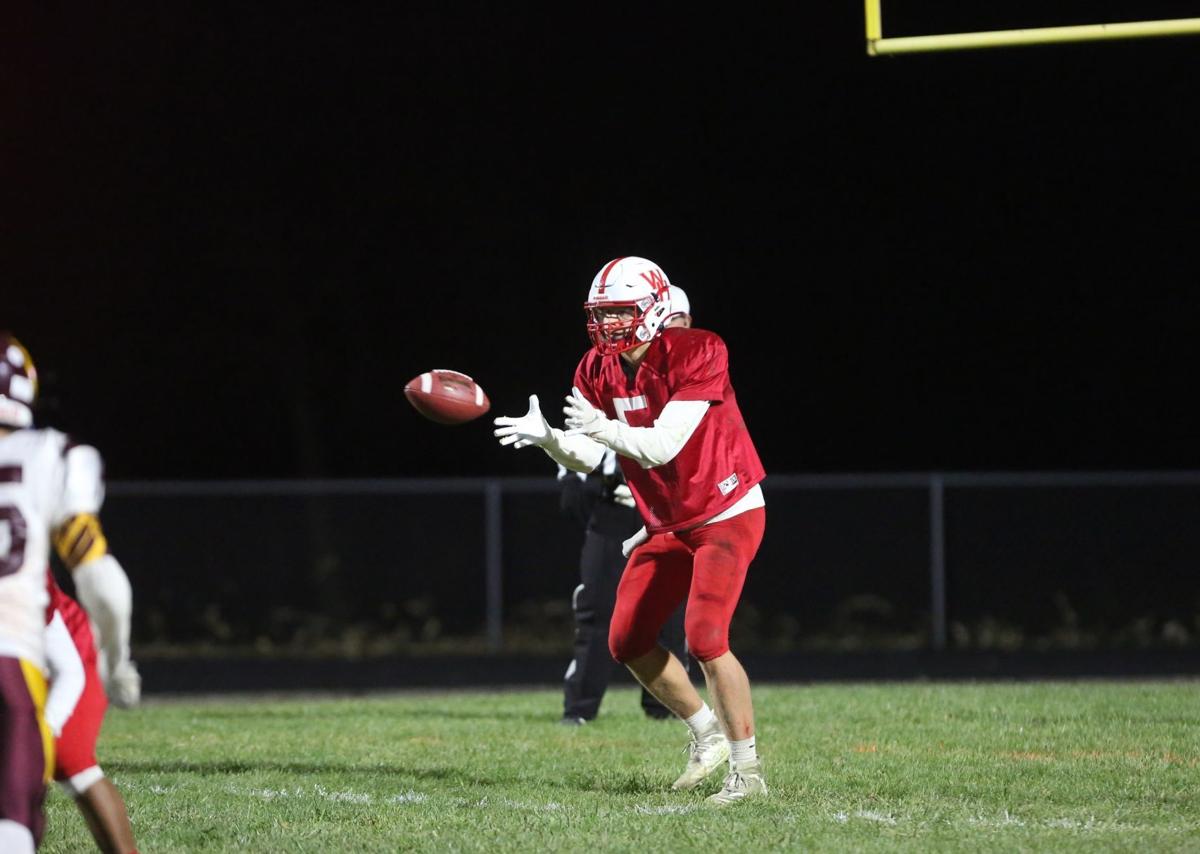 West Hancock's Rylan Barnes (5) makes a final punt after running the clock down to end the game against H-M-S during the Class A quarterfinals on Friday.