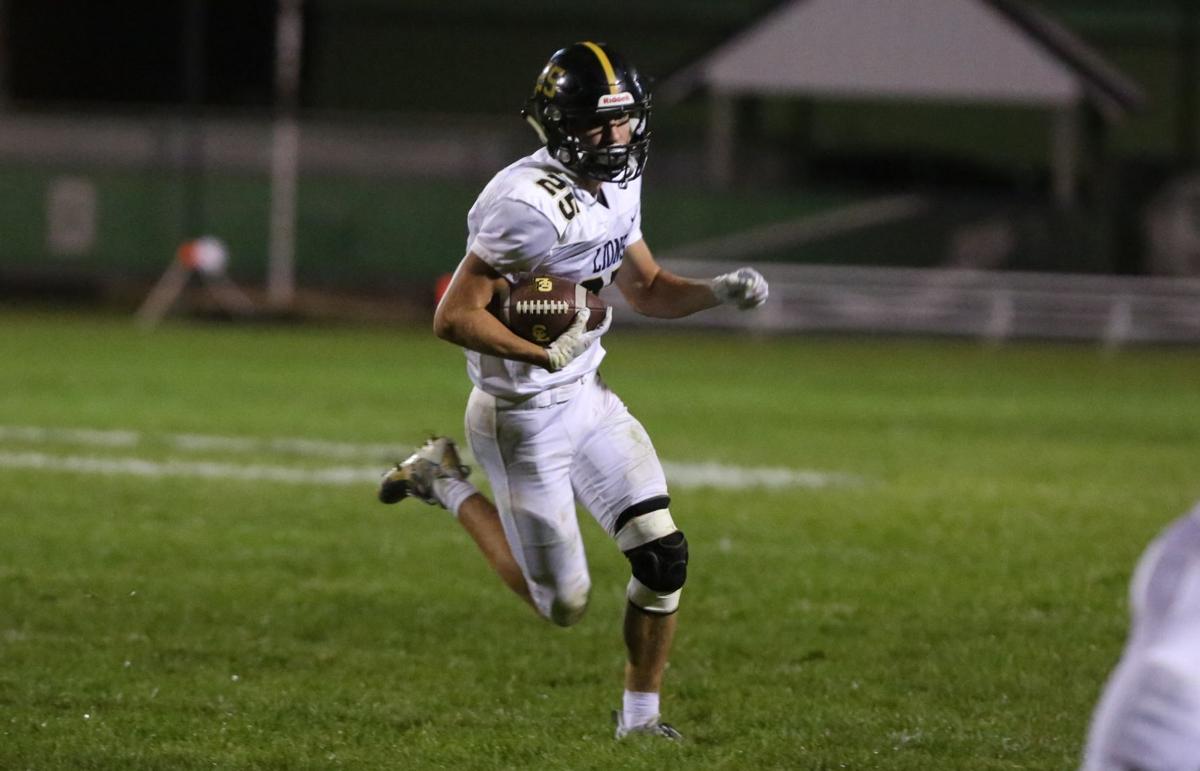 Clear Lake's Jagger Schmitt runs into the Osage secondary during a Class 2A, District 3 contest in Week 4. 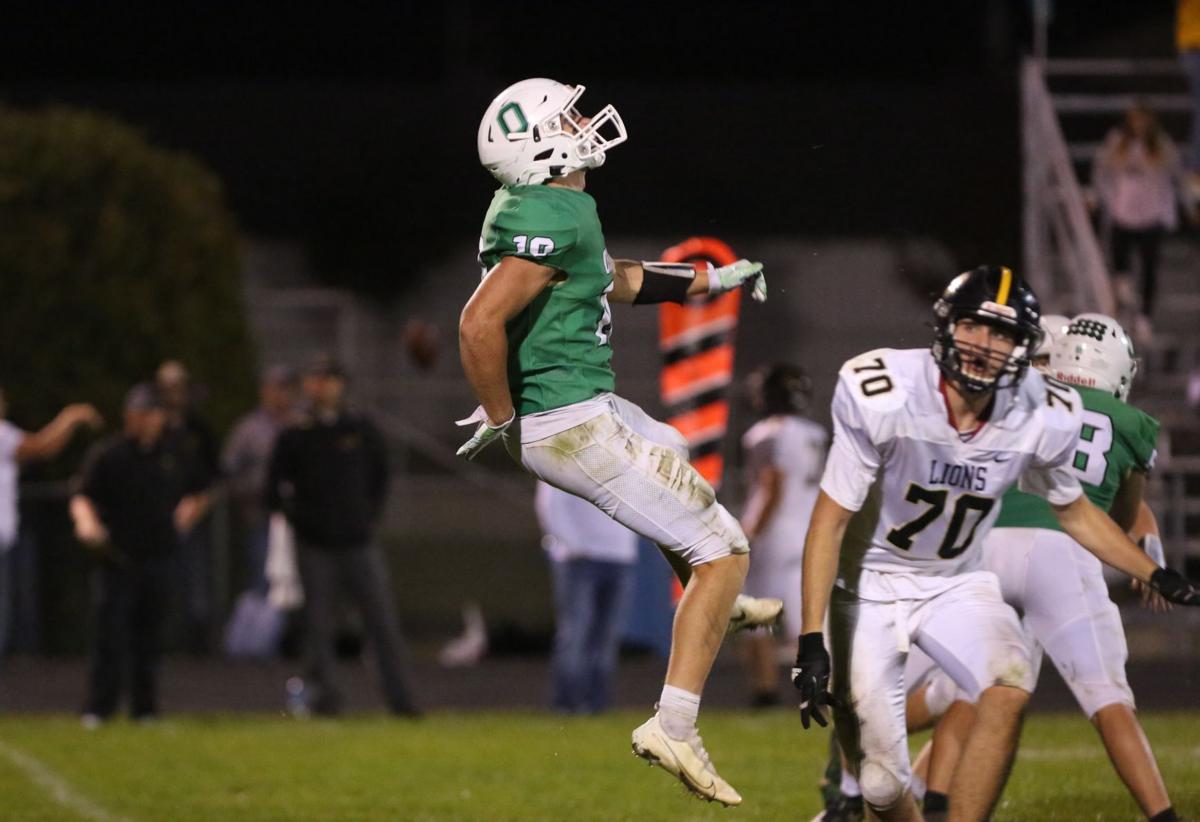 Osage's Ben Miller (10) is airborne after kicking the ball to Clear Lake in the Class 2A, District 3 opener against Clear Lake in Week 4. 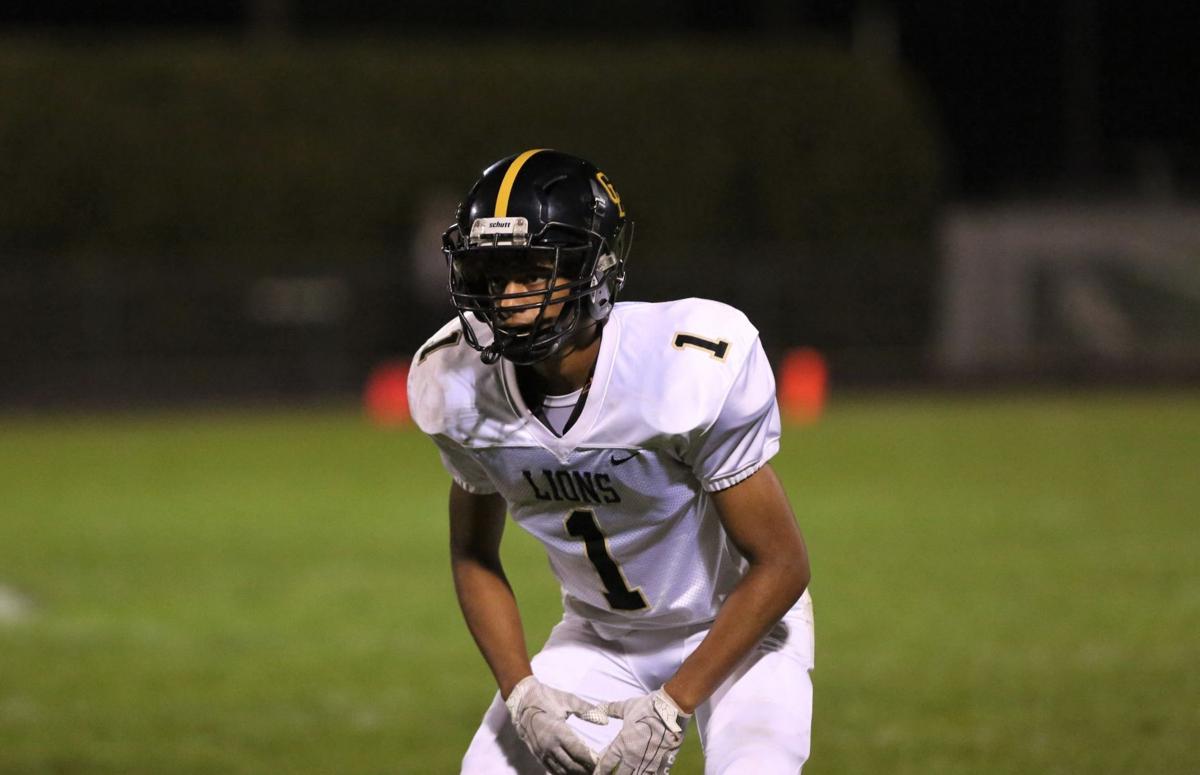 Clear Lake's Travaughn Luyobya readies himself for a play during a game against Osage on Friday.

The Class 2A, District 3 matchup between the visiting Lions and the home Green Devils had a little bit of everything – lead changes, momentum swings and plenty of big plays.

But the Lions struck last.

Down 32-31 late in the fourth quarter, senior Carson Toebe stuck his foot in the ground and took off. The dual-threat quarterback scored on a 37-yard touchdown run to give the Lions the go-ahead score. After a successful 2-point conversion, Clear Lake took a 7-point lead.

The Lions defense held the Green Devils on the ensuing possession. Then, the offense did just enough to run out the clock.

Clear Lake earned a 39-32 win at Osage on Friday night in district play.

“It’s huge. We needed a win,” Clear Lake head coach Jared DeVries said. “We didn’t practice well this week and we were a little bit down on ourselves. For us to fight, come back – that was huge for us.”

After forcing a Clear Lake punt on its opening possession, the Green Devils struck first on offense. A 56-yard pass from Max Knudsen to Ben Miller on third-and-long set up a 3-yard touchdown run by Brayden Onken. Osage took a 7-0 lead early.

At the end of the first quarter, the Lions held all them momentum – and a 21-7 lead.

On Clear Lake’s opening drive of the second quarter, the Green Devils forced a fumble and Devon Swenson recovered it. But the two teams traded interceptions when Jett Neuberger picked off Knudsen and Drew Tusler picked off Toebe.

The comeback started for the Green Devils (1-3) when Onken took an option pitch into the end zone from four yards out to make the score 21-14.

After forcing a punt, Onken again made defenders miss. This time, he weaved in and out of the Lions’ defense on a 47-yard touchdown run. The conversion was missed, but suddenly the score was 21-20.

Clear Lake again punted. With just over a minute remaining in the first half, Knudsen connected with Cole Adams on a 45-yard touchdown pass. At the break, Osage held a 26-21 lead.

“At halftime we came in and talked about the adjustments we need to make,” Toebe said. “Mainly just our energy and execution. We were all tired in the locker room at halftime. We had to come back out with the same energy to start the game with.”

Tucker Jones blocked a punt for Clear Lake, which led to Toebe scoring his second rushing touchdown of the game to take the 28-26 lead.

Later in the third quarter, the Lions forced a punt again. Again, Jones came through and blocked it. This time, it led to a field goal by Kinnick Clabaugh, 31-26.

The Green Devils answered back early in the fourth quarter and re-took the lead when Knudsen scored on a 15-yard touchdown run to put Osage up by one.

That’s when Toebe scored the go-ahead touchdown run to give the Lions the win.

“We’re the only team that can beat ourselves,” Osage head football coach Torian Wolf said. “If we’re making more mistakes than the other team, then that’s the only way we’re going to lose. Basically, that’s what we’ve done.”

Although the night didn't go the Green Devils' way, Wolf still has confidence in his team for the season.

“We’ll take everything, the bad feelings about the losses we’ve had, and use them to motivate us through the rest of the district,” Wolf said. “Hopefully we can run the table. Hopefully we can see these guys again, because I’d love to shove their foot in their mouth.”

Newman Catholic head coach Kristen Breckenridge has seen plenty of growth in her team this season.

Clear Lake's Jagger Schmitt runs into the Osage secondary during a Class 2A, District 3 contest in Week 4.

Osage's Ben Miller (10) is airborne after kicking the ball to Clear Lake in the Class 2A, District 3 opener against Clear Lake in Week 4.

Clear Lake's Travaughn Luyobya readies himself for a play during a game against Osage on Friday.