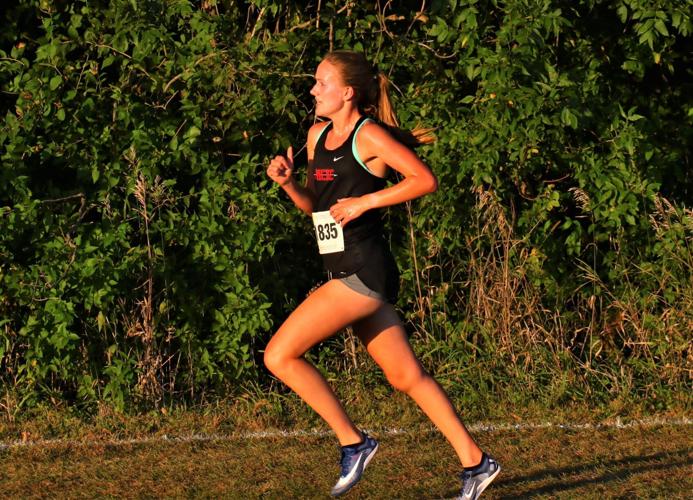 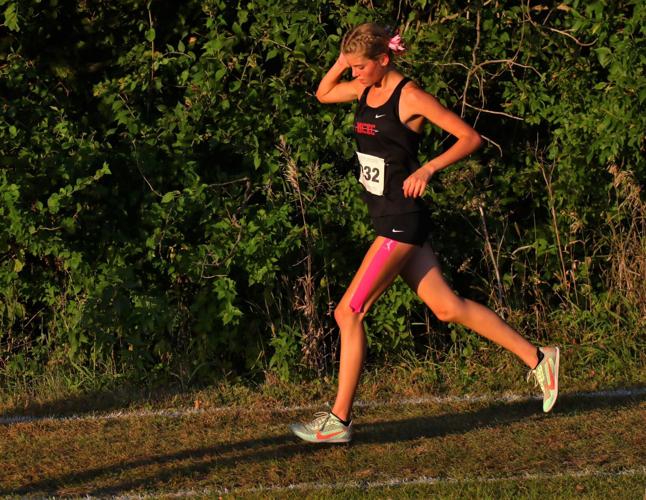 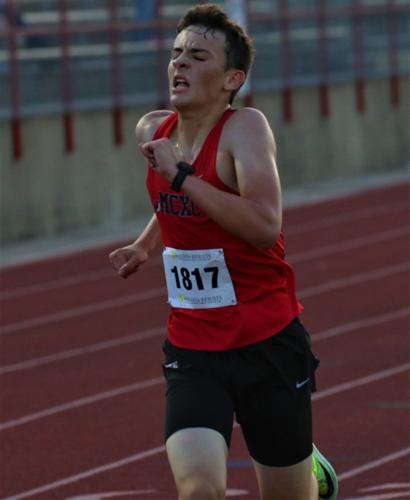 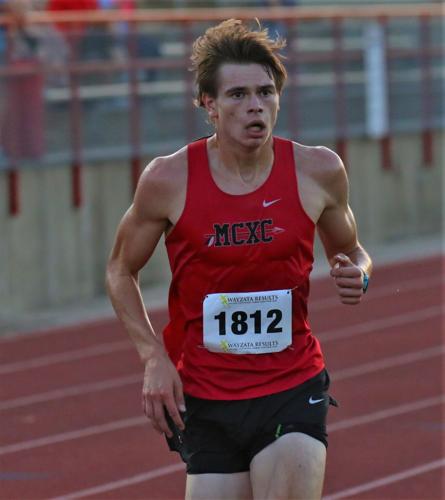 It was one of the hottest days of the cross country season. Temperatures reached the low 90s and it there wasn't much of a wind factor.

On its home course for its only home meet of the season, the Riverhawks were dominate as they went 1-2-3-4 in the girls race and 1-2-3 on the boys side to garner an individual and team title sweep on Tuesday night.

"Honestly, I didn't quite see that coming in terms of how well they performed," Mason City head coach Tyler Ketelsen said. "I knew they were going to do something pretty special."

The girls, who were ranked 20th last week in the IATC rankings but fell out this week, scored 18 points and coasted past 2A No. 19 Forest City as it piled up 61 points.

Garner-Hayfield-Ventura (80) was third and Newman Catholic clipped Central Springs for fourth with the former having a sixth runner and the latter not having one. Both scored 95 team points.

Audra Mulholland led wire-to-wire and won in 20 minutes, 28.87 seconds. Her gap over the field expanded each time she passed the crowed of spectators.

"I felt really good at the start," Mulholland said. "It makes it harder to be mentally tough because I know I don't run good in the heat, but I had to convince myself that I could."

"We were all really excited for this one," Schissel said. "It was hot for everybody, not just us. Everyone stayed on top of it."

Mason City was tested to a level it hadn't been yet over the last two meets at Luther College in Dubuque and the Rich Engel Invite in Cedar Falls. It faced the upper echelon teams in Class 4A last Thursday and some of the best programs from the Midwest two weekends ago.

The Riverhawks were given a much-needed eye-opener to see where they hope to take their program.

"It really shows how much we can compete with those bigger schools," Mulholland said. "When we have the chance, we just attack."

Brandt Haakenstad, Ra'Shaun Wynter and Jess Cornick each ran sub-18 minutes to finish first, second and third, respectively. How that trifecta got to the front was by smart strategy.

When Waverly-Shell Rock's Caleb Hoins and Caden Kueker blitzed the front at the start, Haakenstad and Wynter started to close the gap. By the time the four of them reached the track the first time, they were side-by-side.

Leaving the track, Haakenstad and Wynter were at the front.

"They're really smart runners," Ketelsen said. "I felt really good about their positioning."

Cornick passed several runners in moving his way into the top-three. He was eighth halfway through and closed the final half in 8:53.59, the only runner in the top-10 to negative split the second half.

"That was a really great step for Jess to take," Ketelsen said. "That's a huge confidence builder for him. He's starting to come along."

Mason City also had Kale DiMarco finish in the top-10. Those four was enough to ignite it to the team win. Class 2A No. 16 Forest City was second with 62 points, clipping Waverly-Shell Rock by five.

The Indians had their scoring five separated by 22 seconds, one of their tighter packs of the season. Ethan Johnson, Parker Sharp, Carson Strukel, Jadyn Welch and Silas Gann placed in the top-15.

"We preach everyday it takes all seven," Forest City head coach DJ Wolfram said. "I couldn't be prouder of these guys."

Rye told Panthers head coach Michael Pentengill she wanted to get to state this fall, so she put in triple digit mileage over the winter and summer months.

It has led to two straight top-six finishes.

"I am not surprised," Pentengill said. "She has a goal in mind. She put the time in."

GHV's Zach Faltebo (seventh) and Newman's Joey Ringo (eighth) placed in the top-10 for the boys.

Justin Rygh has established himself as a front runner in the Top of Iowa Conference. Katelyn Johnston has already been that and now aims to pe…

Lake Mills boys XC has two horses at the top, plenty of depth to score low

When Beth Van Roekel took the job as Lake Mills' cross country coach, she knew she had two things on the boys side.

She's the only senior. Her coach calls her the "mom" of the team. Her teammates appreciate the leadership she displays.

In early September 2019, 2020 and 2021, Treycen Rollene is in helmets and pads for Northwood-Kensett's football team.

Lili Nelson has won several state track and field medals. She has been to the state cross country meet in Fort Dodge. For a runner, she has ac…

The motto for Clear Lake's girls cross country program this season is "Smile."

Brandt Haakenstad was far from pleased with his track and field season as a freshman. He stated that he needed to be more disciplined in his t…

So long as Osage starts its year off at the Newman Invitational, Katelyn Johnston is appreciative. For an opening meet of the year, she can't …

Clear Lake and Forest City each had an ailment on Thursday.