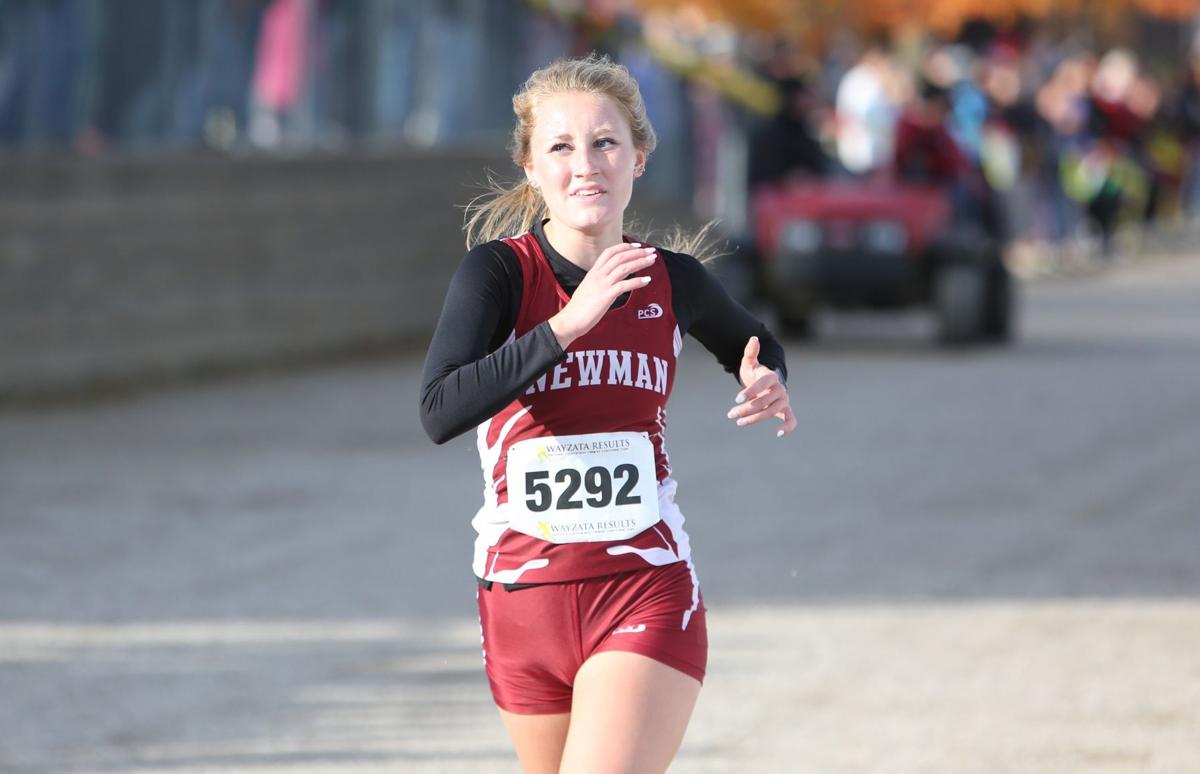 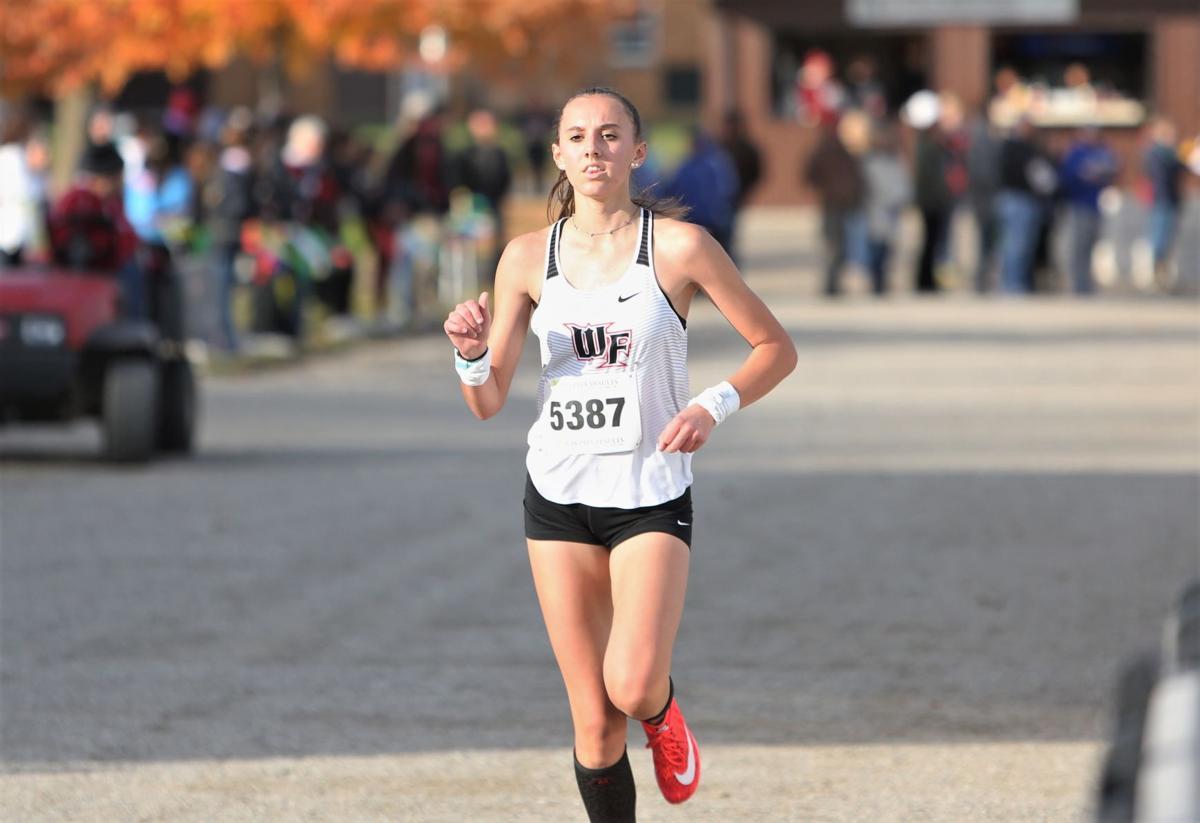 West Fork's Kacie Eisentrager secures a third-place win with a time of 21:24.04 at the Class 1A state qualifier in Mason City on Thursday.

As Maggie McBride crossed the finish line in fifth place on her home course Thursday, she didn't see many of her Newman Catholic teammates behind her.

Instead, she saw Nashua-Plainfield's second and third runner cross and its top runner finished ahead of her.

"I was a little nervous," McBride said.

When the official results were read after the Class 1A state qualifier, McBride and the rest of the 10th-ranked Knights cheered on their home course as they clipped the Huskies 65-69 to claim their spot at the state meet next week.

It will be the 10th trek to Fort Dodge in the last 15 years for Newman Catholic.

"It didn't look very good, but I was hoping for the best," McBride said. "We lost two years where we didn't qualify, now we're trying to pick it back up."

The senior ran in 21 minutes, 19 seconds with Kenna Hemann placing 10 seconds behind her in 10th. The Knights had their third runner Grace Gabriel and fourth runner Ella Petree placed inside the top-20.

Yet it was Newman Catholic's fifth runner, senior Emma Weiner, and her 22nd place performance that allowed it to eek out a runner-up finish as Nashua-Plainfield's fifth runner finished 40th.

"Their first couple of girls are really good and they have good depth," Knights head coach Mike Schutt said. "Nashua ran great. I knew it was going to be close. Our depth got them."

West Fork senior Kacie Eisentrager was the area's highest finisher on the girls side, placing third in 21:04.24. The senior was at the front the whole race and was in second at the mile mark.

She settled into a pace and stuck in third from the second mile to the finish. It is her second straight trip to Fort Dodge.

Newman Catholic returned nearly everybody from last year's team that traveled to Lakeside Municipal Golf Course in Fort Dodge. It was excited to get to that point a season ago.

Now, the Knights want to show they are a team that can place in the top-10.

"We all hope so," McBride said. "Last year, it was a little tough not knowing what to expect. Emma and I have the motivation (since) this is our last race."

"The girls were just happy to get there," Schutt added. "Top-10 is probably the goal."

Newman Catholic sophomore Kenna Hemann doesn't put in a ton of mileage over the summer. Yet when the second half of the season starts, she flips a switch.

Central Springs boys cross country team had an approach during the regular season that paid off once the postseason got under way.

The Class 2A state cross country field next week will feature a handful of North Iowa area athletes.

West Fork's Kacie Eisentrager secures a third-place win with a time of 21:24.04 at the Class 1A state qualifier in Mason City on Thursday.