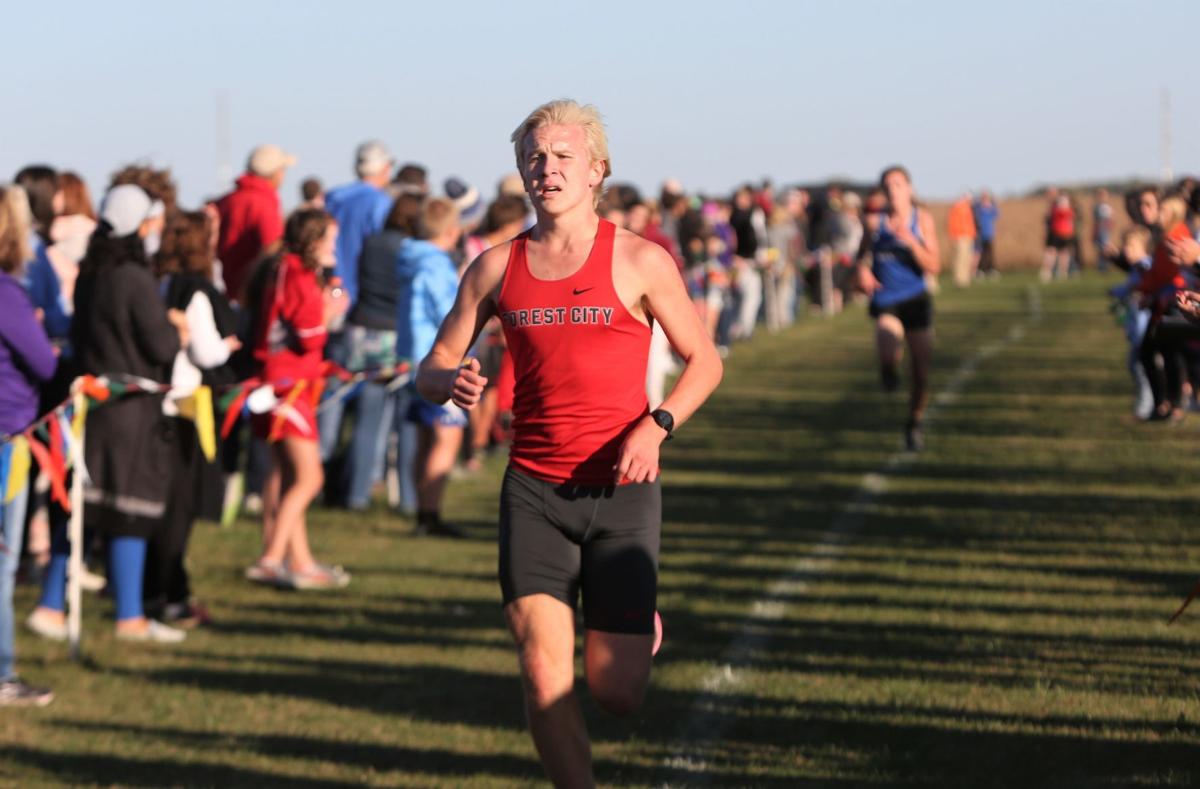 Forest City's Joey Hovinga crosses the line with a second-place finish at the Top of Iowa Conference meet in Mason City last week. 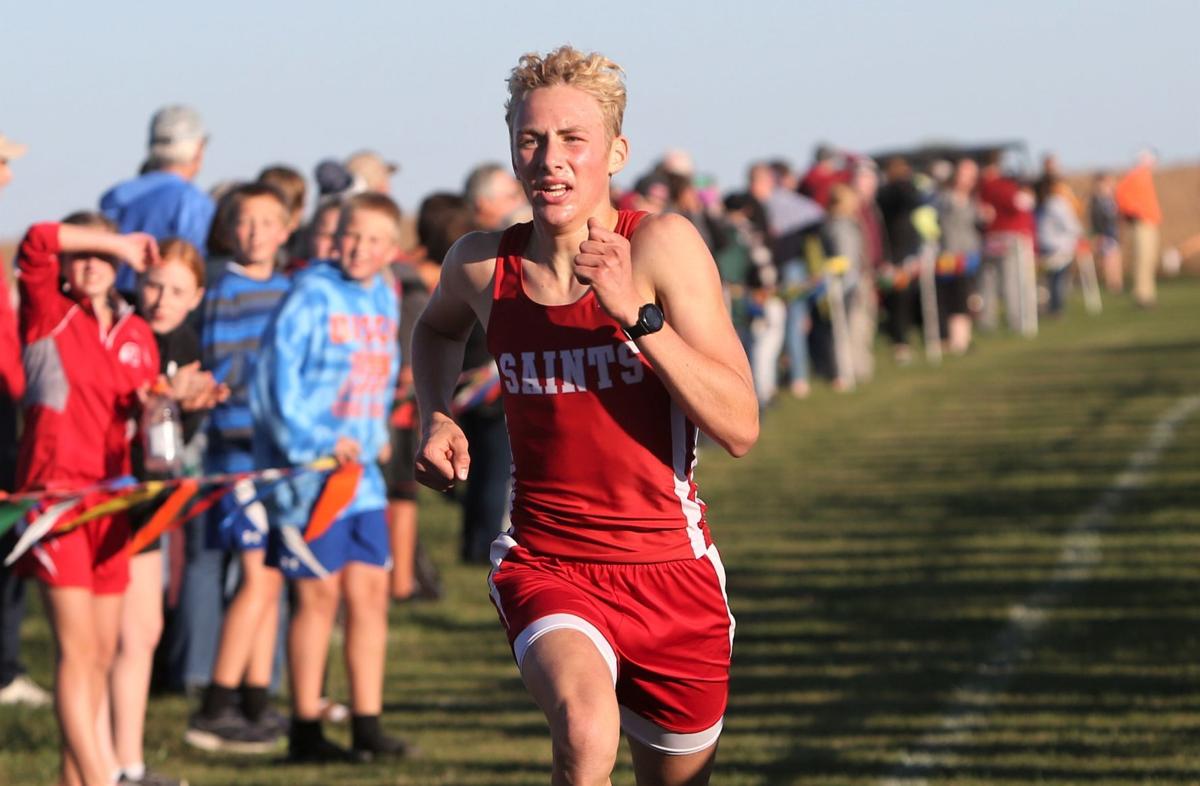 Riley Witt of St. Ansgar places first at the Top of Iowa Conference meet on Thursday in Mason City. 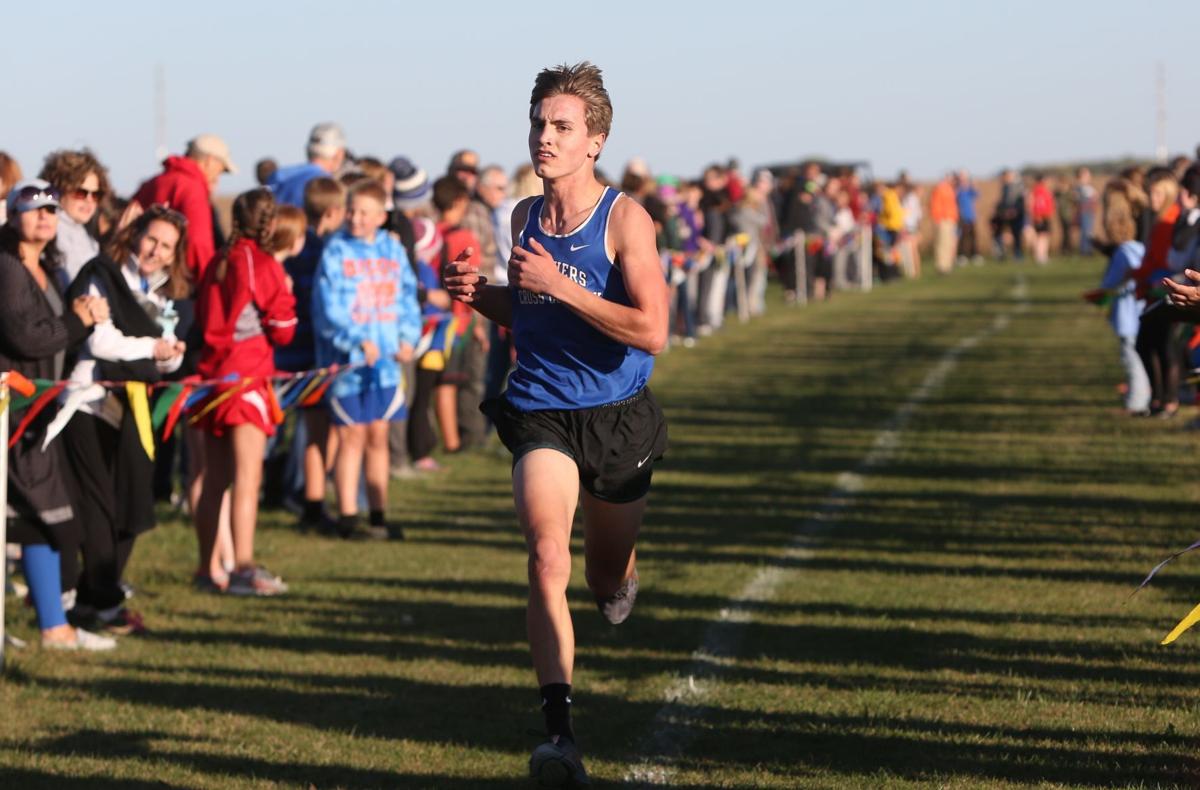 Central Springs' Bryce McDonough rounds out the top three at the Top of Iowa Conference meet in Mason City on Thursday.

You know who'll be at the front of the race for Forest City. You might not know who follows Joey Hovinga.

Take a glance at the Indians depth. It is not something that'll blow everyone away, but it might push them to a victory here or there.

Or a Top of Iowa Conference title.

"Getting a conference championship, it is encouraging," Hovinga said. "They put in a lot of work."

Witt, the No. 1 runner in 1A, went out in 4:53 for the first mile then was on cruise control, never relinquishing the lead. Named the conference's boys runner of the year, Witt was on a 5:14 mile pace on windy afternoon.

"That's what we're probably going to go out at state, so I had to figure out that pace just to know how it feels," Witt said. "I got to lock in my strategy for state.

Hovinga and Central Springs' Bryce McDonough were in a battle for second. McDonough matched very move Hovinga made until the move with under 800 meters to go pushed Hovinga to a runner-up finish in 16:42.

"I started out a little slower than I liked to," Hovinga said. "Once I got to him, it was very tough to beat him."

"He started to pick it up a little more," McDonough added.

Forest City's Carson Strukel was 14th to nab a first-team all-conference spot. He was at 18 minutes flat then Parker Sharp and Ethan Johnson were separated by 19 seconds.

Both Sharp and Johnson finished ahead of the Knights third runner and were comfortably ahead of the Panthers fifth runner.

"Watching it, you can't tell so it is like 'Wow, there's a lot of them between our crew,'" Indians head coach Kamille Goepel said. "When they came in third, we obviously got it more than I thought we would."

It gives Hovinga and Goepel a good amount of confidence heading into next week's state qualifier at Dike-New Hartford. Still, it comes down to that day and in Goepel's point of view, which three teams want it the most.

"They got a chance," Goepel said. "Today, they showed me they can run in those 18 (minutes), that's really good to see. It makes you real excited."

Central Springs beat Newman Catholic for the first time this season. Not only did Bryce and Clayton McDonough finish third and fourth, respectively, senior Jordan Ryner and sophomore Carter Lanphere went under 18:50 to garner second-team all-conference by placing inside the top-30.

The Panthers head coach Michael Pettengill was named the boys coach of the year as voted by the other coaches in the conference.

"It has been our goal since freshman year, we wanted to beat Newman," Bryce McDonough said. "We'll run harder (next week at state qualifying). Just do it again."

Justin Rygh has raced consistently at the front of the pack and on Thursday, he garnered his first career first-team all-conference honors at NIACC.

Forest City's Joey Hovinga crosses the line with a second-place finish at the Top of Iowa Conference meet in Mason City last week.

Riley Witt of St. Ansgar places first at the Top of Iowa Conference meet on Thursday in Mason City.

Central Springs' Bryce McDonough rounds out the top three at the Top of Iowa Conference meet in Mason City on Thursday.