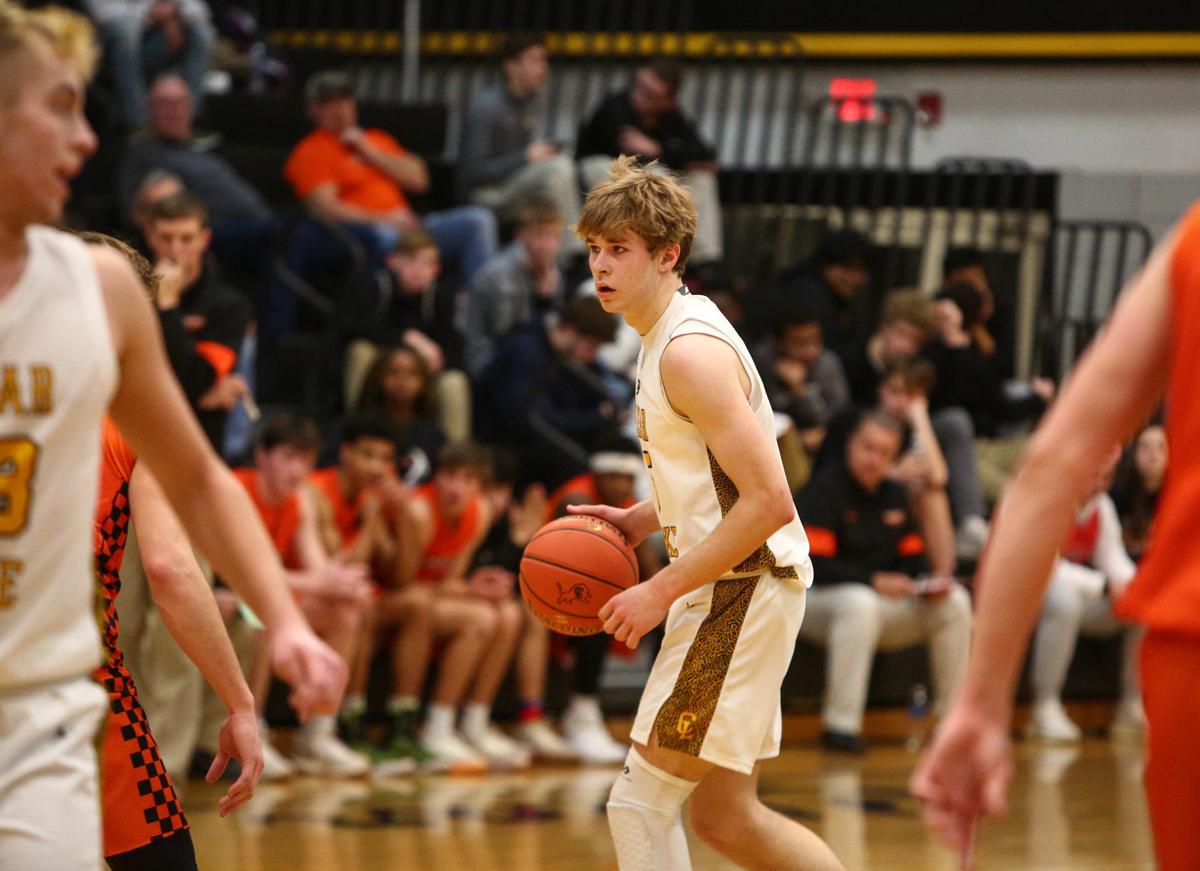 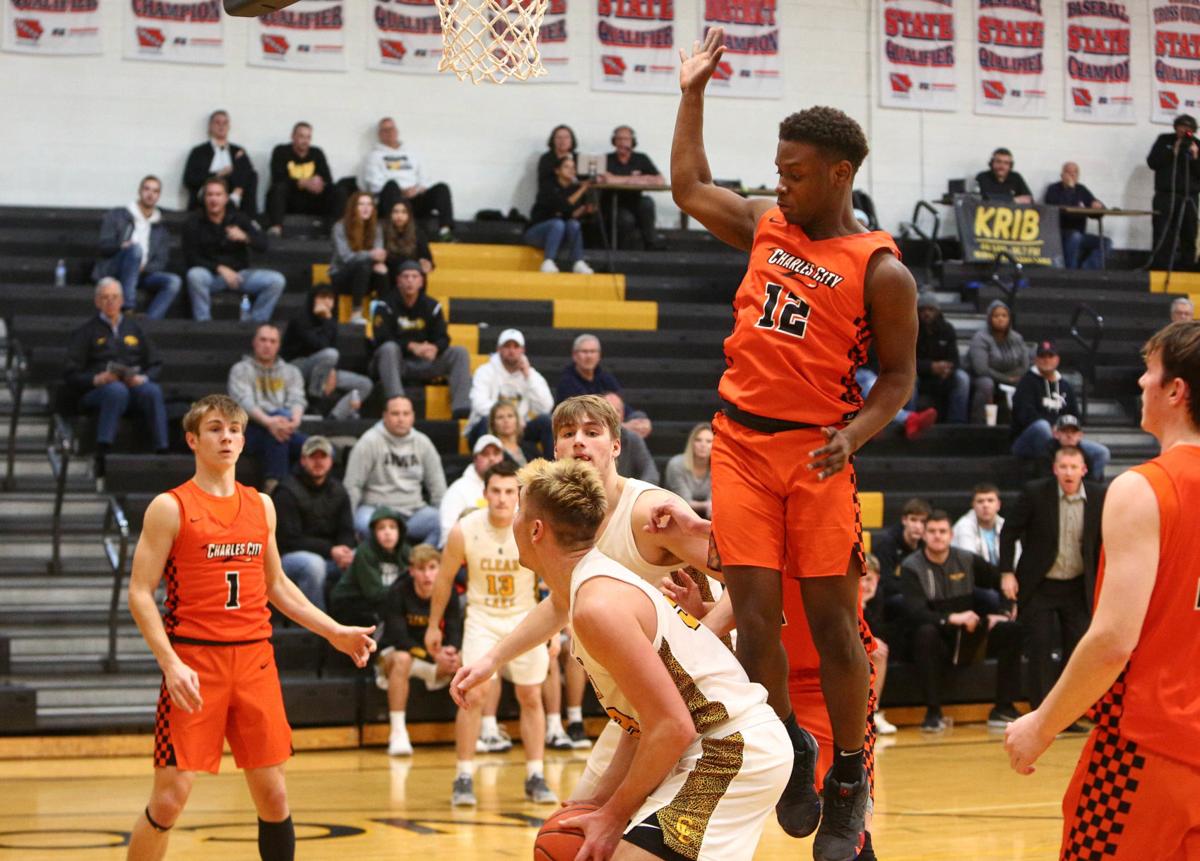 Marcus Cranshaw (#12) attempts to block against Jaylen DeVries (#33) at a game in Clear Lake on Tuesday, Jan. 7.

After a nearly three week break, the sound of basketballs bouncing and the squeak of bright white sneakers on hardwood was a welcome sound to the fans of Clear Lake basketball. The people in the stands on Tuesday night got their money's worth, as the Lions beat Charles City by a 67-60 score, in a fast-paced contest with offense aplenty.

The two squads got off to a hot start in the first quarter, with the teams trading buckets for much of it. The Lions held a 15-14 lead several minutes in, but three straight Charles City buckets gave the Comets the lead, 20-19 at the end of the first.

In the second quarter, the Lions started to pull away. After taking the lead, 24-23, the Lions went on a 13-2 run, thanks to 3-pointers from sophomore Carson Toebe, and seniors Kody Kearns and Jack Barragy. Clear Lake outscored the Comets 22-9 in the quarter, and went into halftime with a 41-29 advantage.

In the second half, the Comets showed signs of life, outscoring Clear Lake 31-26, and very nearly erasing that halftime deficit. Late in the fourth, the Comets went on a 7-2 run to pull within six points, but it was too late. The clock ran out, and the Lions celebrated their first win of the new decade.

For Clear Lake, some well-timed shots and solid defense made the difference. Late in the game, Toebe blocked a shot from Charles City senior Bradley Andrews, a play that brought the Clear Lake crowd to its feet, although it did lead to a foul call.

Whatever the outcome, the energy it brought to the gym seemed to be worth it.

"Our defense got settled in after that first quarter," head coach Jeremey Ainley said. "They made some shots that first quarter and scored 20, and then we got back to what we do, ... we were able to separate because of our defense."

For the Lions, four players scored in double figures. Senior Kody Kearns led the way with 18 points, while sophomore Carson Toebe was close behind with 16, including three 3-pointers in the first half. Senior Jaylen DeVries finished the game with a double-double, with 15 points and 16 rebounds.

The Lions' victory snapped a four-game winning streak for Charles City, which fell to 4-4 on the season. Clear Lake won its sixth straight game and improved to 6-1 on the season.

Charles City had a pair of players do most of the scoring, in Andrews and junior Kaden Berry. Andrews finished the game with 25 points, while Berry made four 3-point shots for a total of 12 points on the night.

"They're a good team," Ainley said. "They're very well-coached, so we knew it'd be a challenge."

The Lions will play at Humboldt on Friday, while Charles City will play a home game against Waukon.

As a Class 4A team that plays a substantial part of its schedule against Class 5A schools, the Mason City girls basketball team sees its share…

With a 76-52 loss to Johnson (10-1) on Tuesday night at home, the Mason City girls basketball team evened its record to 5-5 on the season.

The Mason City boys basketball team took a big first-half lead, but it wasn't enough as Johnston stormed back for an 83-52 win on Tuesday nigh…

When basketball fans see the Mason City boys basketball score from Tuesday night, the final will belie the way the Mohawks performed.

Marcus Cranshaw (#12) attempts to block against Jaylen DeVries (#33) at a game in Clear Lake on Tuesday, Jan. 7.