Become a Member
Read Today's E-edition
Share This
'We can be in the mix': Osage girls basketball aims for another conference title
0 comments
Share this

The standards for the Osage girls basketball program are set pretty high.

But this season's team knows there will be some challenges to overcome.

"I don't know if they feel pressure, but they're not used to losing," Osage head coach Chad Erickson said. "They've won in everything they're a part of. So the standard is pretty high and they know it's pretty high."

The Green Devils lost three seniors starters who contributed heavily to a team that went 21-3 overall and earned a share of the Top of Iowa East conference championship.

According to Erickson, the overall numbers of participants out for basketball at Osage is also down compared to years past.

"I also think they're realistic and understand that we're not the same that we probably have been the last three or four years," Erickson said. "So it might look a little bit different, but I don't think their standards really change. They expect to win and compete and play well."

There are plenty of reasons for optimism, however. The Green Devils do return three post players who played key roles on a team that came up one game short of another trip to Wells Fargo Arena.

The other returner is junior Claudia Aschenbrenner, who actually was the third leading scorer (6.2 ppg) for the Green Devils off the bench a season ago.

Erickson says that trio will be relied on heavily this winter.

"It's going to look a little different for us this year and the kids realize that," Erickson said. "Our focus is definitely playing through our big girls to start the year until our younger kids and inexperienced kids get their feet wet."

The Green Devils will rely on a few newcomers to pick up the slack at the guard position this season. Junior Brooklyn Halbach and sophomores Rylie Tabbert and Taylor Klobassa are a few names that Erickson said will play.

"Getting these new kids accustomed to varsity will be a big key for us," Erickson said.

If the Green Devils can successfully mesh returners with newcomers, Erickson says the team can compete for another Top of Iowa East title.

"I, and the girls, would like to think that if we play well and keep improving that we can be in the mix at the end of the year," Erickson said.

Class A, District 2 was home of the state champion West Hancock football team. It also was home to some of the best players in the state.

The West Hancock defense held strong in the final two minutes of the game to earn a 19-14 win over Grundy Center in the Class A state title game. 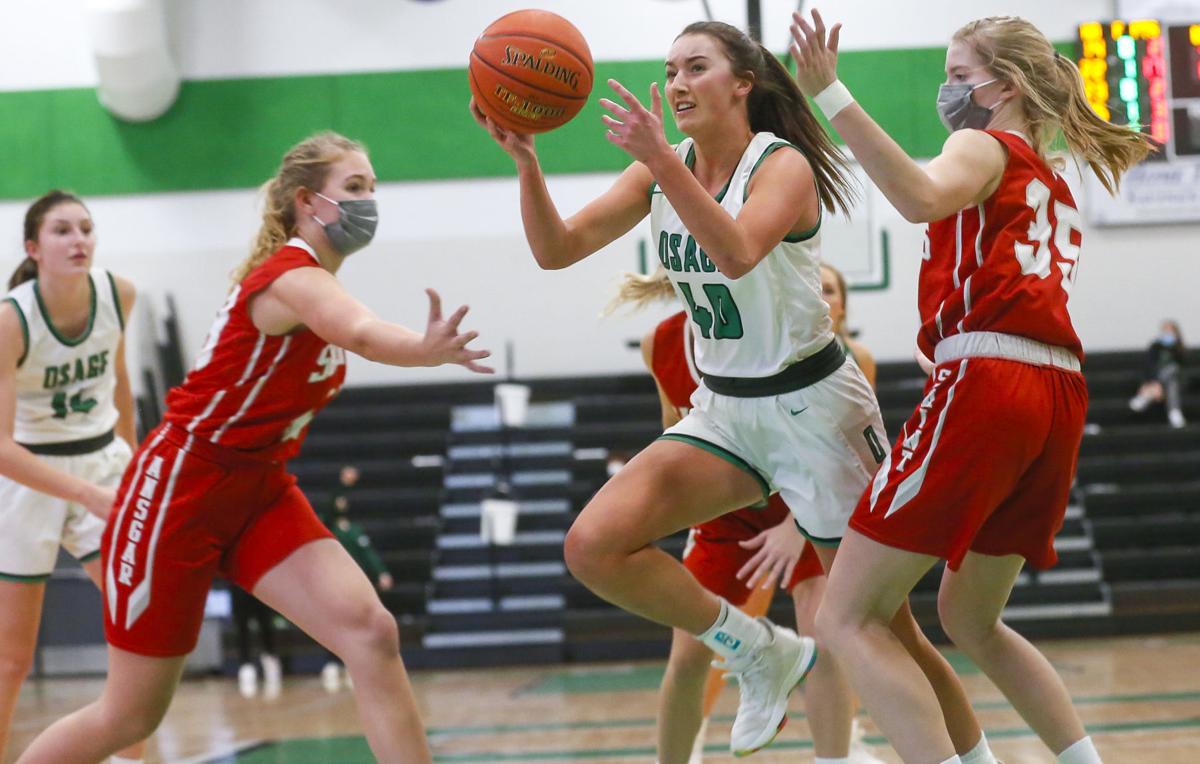 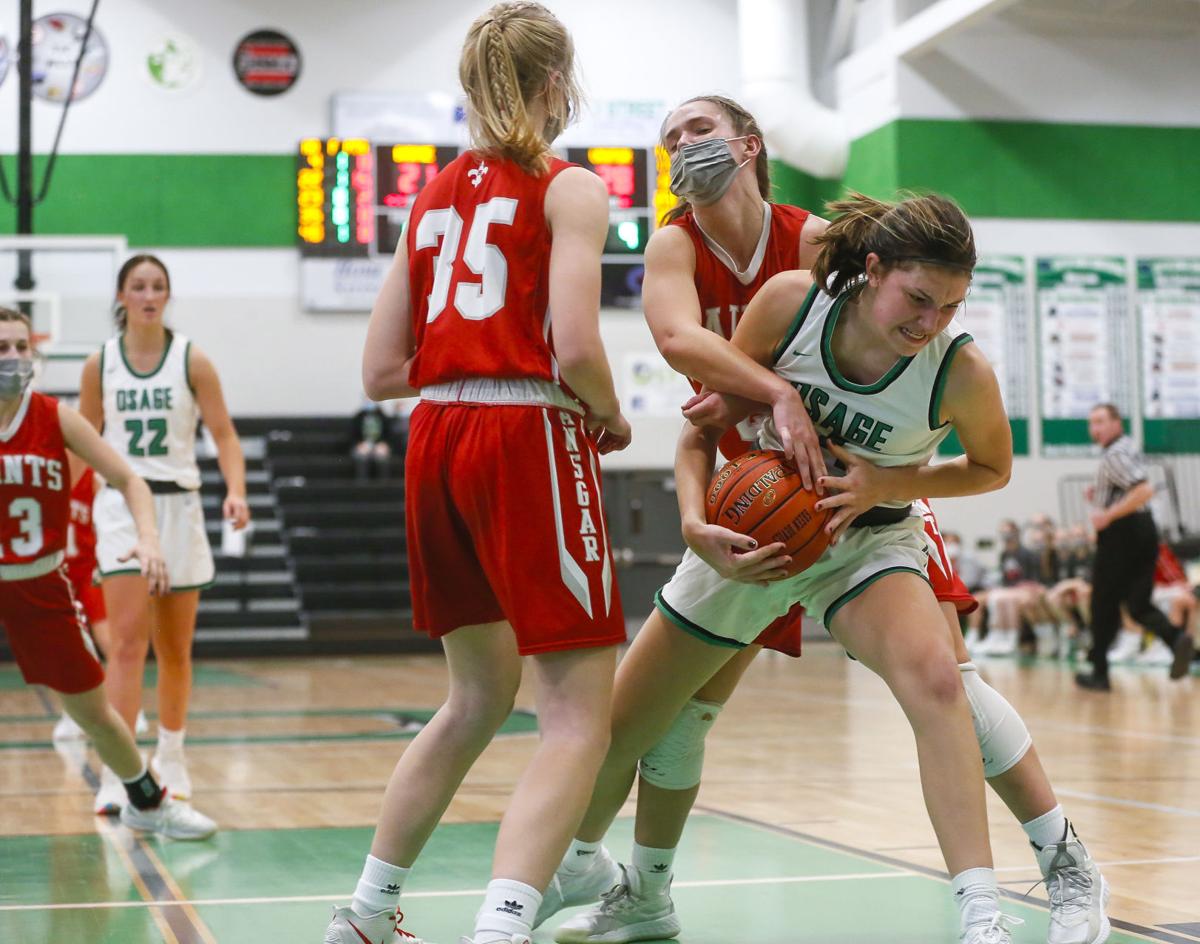 Osage sophomore Samantha Brandau gets aggressive on the rebound against St. Ansgar in Osage last season.