'Rise to the challenge': Battle-tested Mason City girls basketball team ready for next round
0 comments
Share this
{{featured_button_text}}

*CORRECTION: Kelsey McDonough's name and Jenna Braun's name have been been updated since this story ran online.

Every year, the Mason City girls basketball team has to play through a regular-season gauntlet that no team in the state of Iowa would envy. This winter was no different.

Mason City plays in the Central Iowa Metro League (Iowa) – a conference loaded with ranked Class 5A teams. To start the season, the Class 4A Mohawks played five ranked teams in the first eight games, which reflected on their record.

After starting out the season 0-8, the young Mohawks have pulled it together to win seven of their last 11 games – including a 54-37 postseason victory over Charles City on Wednesday night in the Class 4A, Region 2 quarterfinals.

“I think we’ve found who we are and what we can do,” Mason City head coach Curt Klaahsen said. “We continue to get better. Our defense has gotten a lot better.”

Defense was an important part of the win over Charles City, especially in the first 16 minutes. The Mohawks held the Comets to just two points in the first quarter and 11 points at the half.

Part of the reason for the defensive success is due to the team fully understanding their roles and settling into them during the second half of the season. Four of the team’s top eight players are freshmen, which would be a challenge for any team.

But playing against top-tier teams in larger schools at the beginning of the season definitely made things tougher.

“You always worry, especially with the young team, that when you’re playing top-notch competition every night, that it doesn’t beat them down,” Klaahsen said. “That it’s not, ‘gosh we’re not that good.’”

Luckily for Klaahsen, his team has been the type of team that responds to adversity.

Junior Division I basketball commit Jada Williams and breakout freshman Reggi Spotts have been the go-to players when needed. Both average close to 16 points per game and have been the backbone for the Mohawks.

To Williams, it’s been just as fun for her to see young players, like freshman Kelsey McDonough and sophomore Jenna Braun, succeed as it is to play well by herself. The success of the past month has her feeling confident that the squad can keep its momentum going.

“We’re ready to go. We’ve been preparing since the first game,” Williams said. “We play against the top teams in the state. I feel really confident about what we can do and what we’re going to accomplish in the long run.”

But the next game will be a bigger challenge than the last. The Mohawks travel to play second-ranked Ballard in the regional semifinal. The Bombers are 19-1 and finished as Raccoon River Conference champions this winter.

But playing top-quality opponents isn’t anything new to Mason City. If the Mohawks are to beat the Bombers on Saturday, playing good defense and playing with confidence is required.

“We know we’re playing a really quality team, but we’ve played quality teams all year,” Klaahsen said. “We’ve just got to rise to the challenge, play well and execute well. There’s not going to be any gift wins. We’re going to have to go earn it and that’s the way you want it.”

The Mohawks play at 7 p.m. on Saturday at Ballard for a chance to advance to the regional championship. 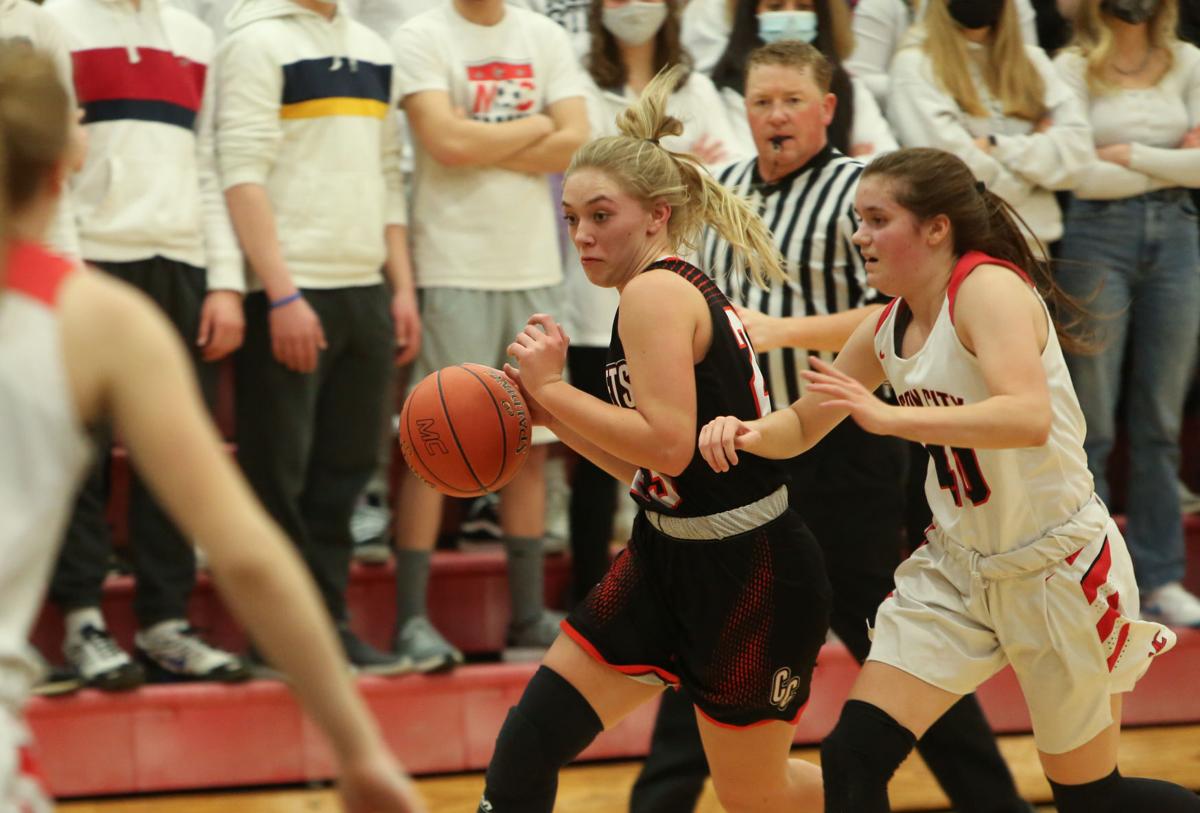 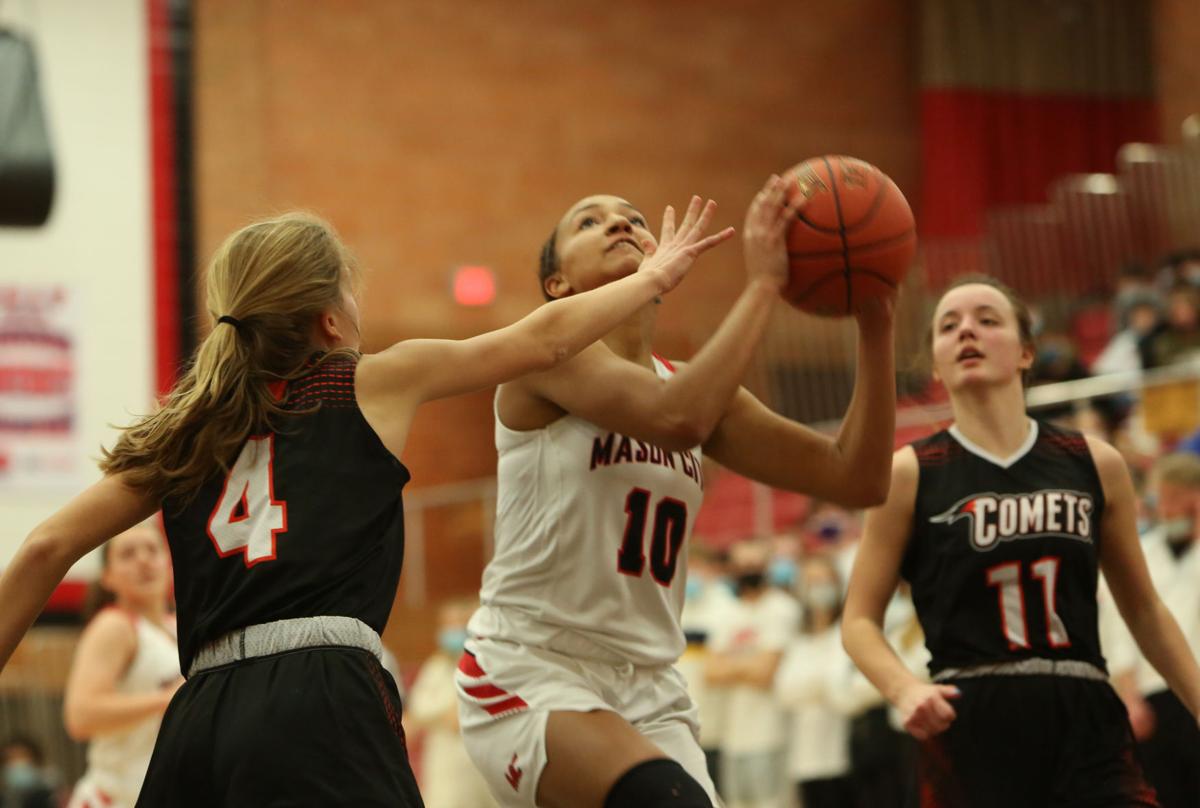 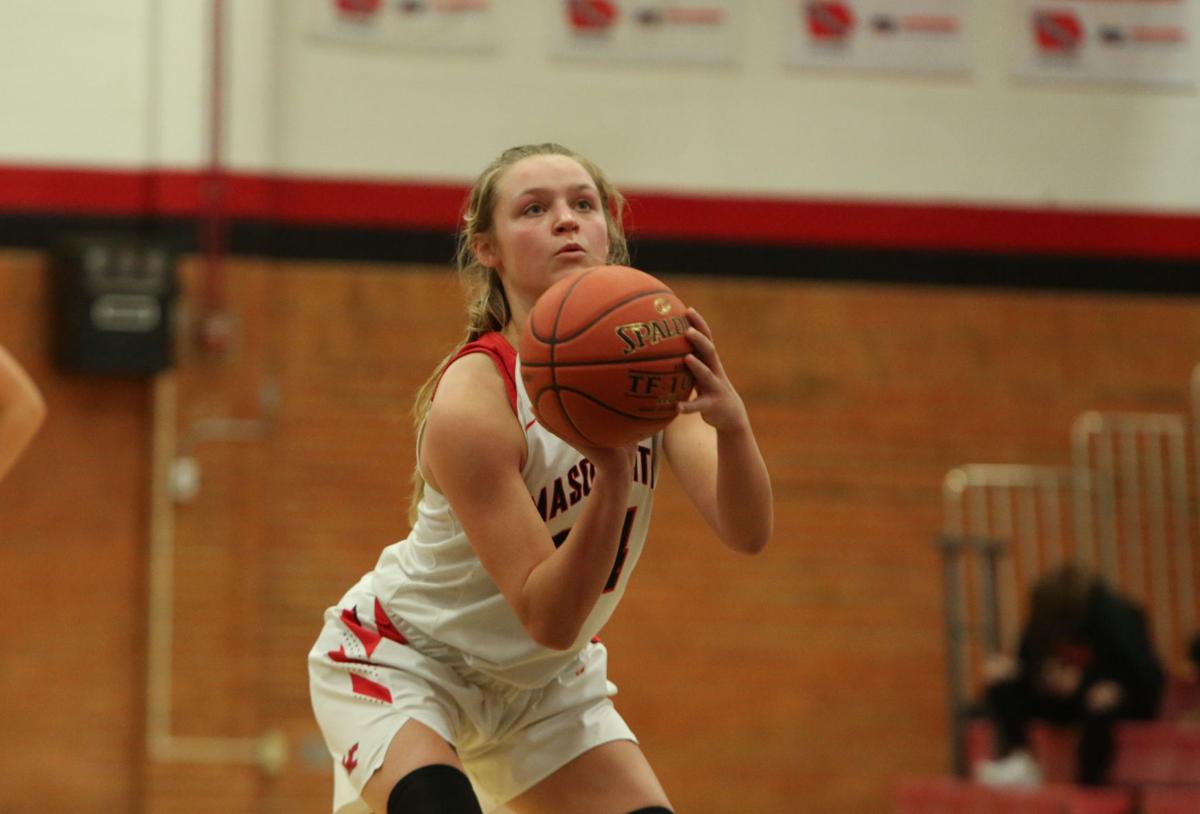 Reggi Spotts (34) takes a shot from the free throw line at a game against Charles City earlier this season.