Emma Weiner, Ellyse Ball and Madi Elwood have been playing basketball together for as long as they can remember. They have an understanding of each other.

Yet those three seniors, plus Baileigh Berding, have not played with many of the new faces on Newman Catholic's girls basketball team.

"These younger girls, I trust them quite a bit," Ball said. "They're scrappy."

Ahead of the Knights season opener on Tuesday against Lake Mills, there have been no complaints.

"It is just being able to mesh into varsity play and control their emptions, let go of what is happening," Weiner said. "We've been working really well together. It has surprised me how they adapted to a higher level."

Getting on the same page is heavily crucial for Newman Catholic fresh off a 12-11 campaign that ended in the second round of regionals to Waterloo Christian.

It is replacing six players that either were starters or appeared in at least 20 games. Just 38.4 percent of its scoring is back, but Weiner and Ball's production accounts for over 30 percent of it.

Ball, the tallest player on the Knights, averaged over seven points and five rebounds per contest last season. She also had their highest field goal percentage at 36.2.

"It is going to be a big amount of us leading them (the underclassmen)," Ball said.

Weiner was tenacious on the defensive end, clipping her steals per game at 3.3 while dishing out 3.1 assists per night. Her scoring is expected to increase from 5.7 points a contest.

"Just working together, keeping each other up, keeping that energy," Weiner said.

Who steps up alongside Weiner and Ball are question marks.

Elwood likely cracks the starting lineup as well as junior Emily Opstvedt, who played in 14 games as a sophomore. There's a whole host of sophomores who could mix into the rotation.

Six to be exact.

"They're going to be creeping for minutes," Newman Catholic head coach Keely Weiner said. "We feel confident, as coaches, we can play any of them because of their competitive edge, they're very athletic."

Through the first two weeks of practice, the communication has been going as Ball put it, "pretty smooth."

There's a healthy understanding of the expectations surrounding the Knights program. They finished fourth in the Top of Iowa East last winter.

"We want to be more of a defensive threat," Coach Weiner said. "We'd like to finish in the upper-half, but it is a competitive conference. We're looking at it week-by-week, game-by-game."

One area in which Newman Catholic has been harping on early is turnovers. It had over 500 last season, most in the conference and one of the highest amounts in Class 1A.

The Knights also had 175 assists, one of the lowest marks in the conference and in the bottom half of 1A.

Emma Weiner, their point guard, knows the assist-to-turnover ratio can be fixed.

"I've been trying to see the floor more," she said. "Not really throw it where I'd like to throw it, but to where I know my teammates to catch it."

Between six total meetings between St. Ansgar, Osage and West Fork – the top-three teams in the TOI-East a season ago – Newman Catholic went 0-6. The closest margin was six points to the Warhawks in the second contest.

The Knights know in order to take that next step and compete for the conference title, they'll have to beat the teams ahead of them.

"It is consistency and hard work," Coach Weiner said. "We were very close. We tell the girls keep being positive. Let's just keep moving forward."

Ball thinks that is doable. So too is an extended stay in the regional tournament. First, Newman Catholic is solely focused on Lake Mills and getting the underclassmen more acclimated to varsity basketball.

Once that happens, the Knights are hopeful that a stride takes place.

"Think the way we've been going in practice, that's what we're looking forward to," Ball said. "As long as we play good basketball, there's definitely a chance."

Behind a returning state qualifier and a district qualifier, Clear Lake's wrestling bunch is hopeful to be a more well-rounded team in duals and tournaments. 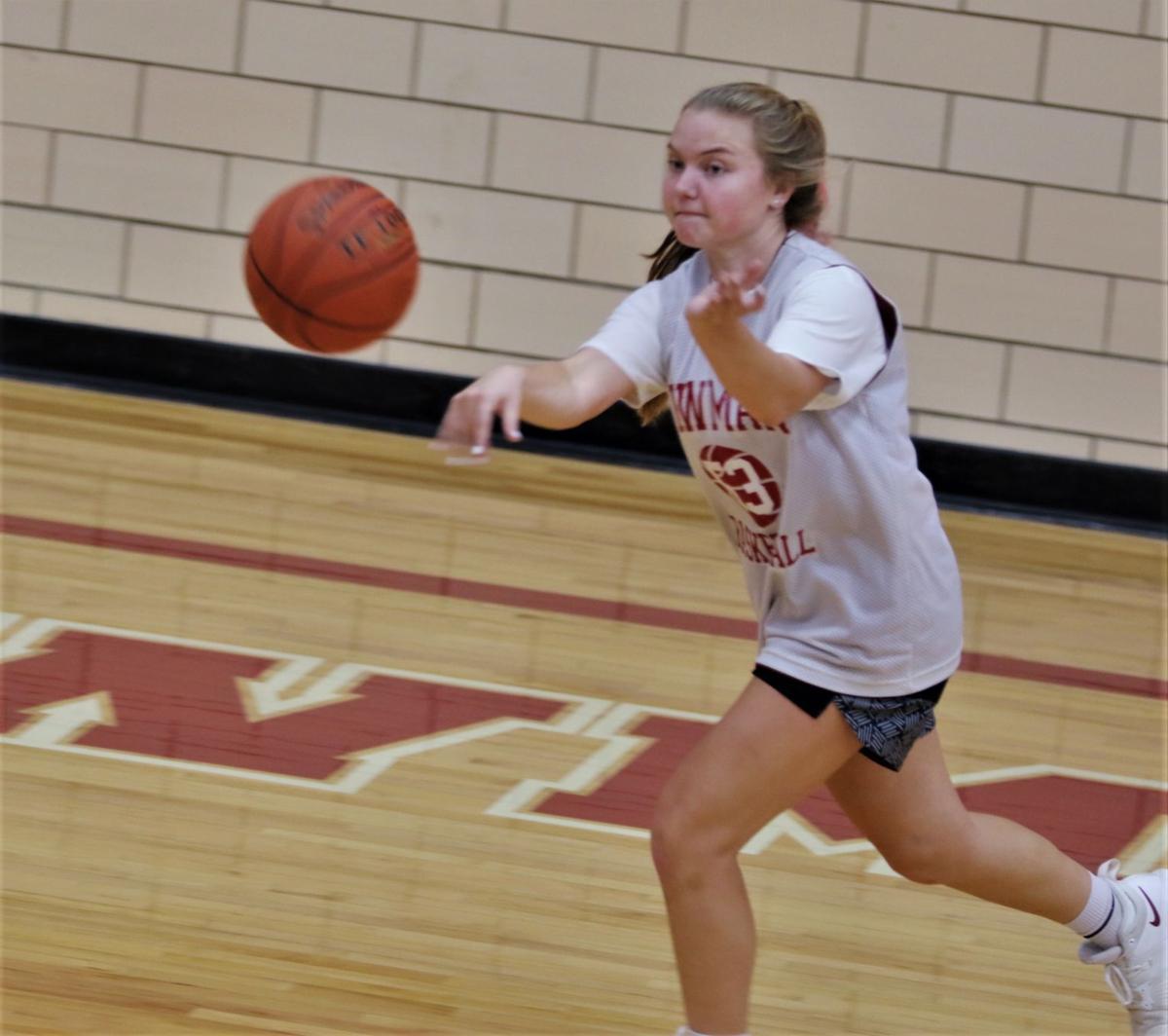 Newman Catholic point guard Emma Weiner passes the ball to a teammate during a practice drill on Friday night at Newman Catholic High School. Weiner is one of two starters back this winter for the Knights. 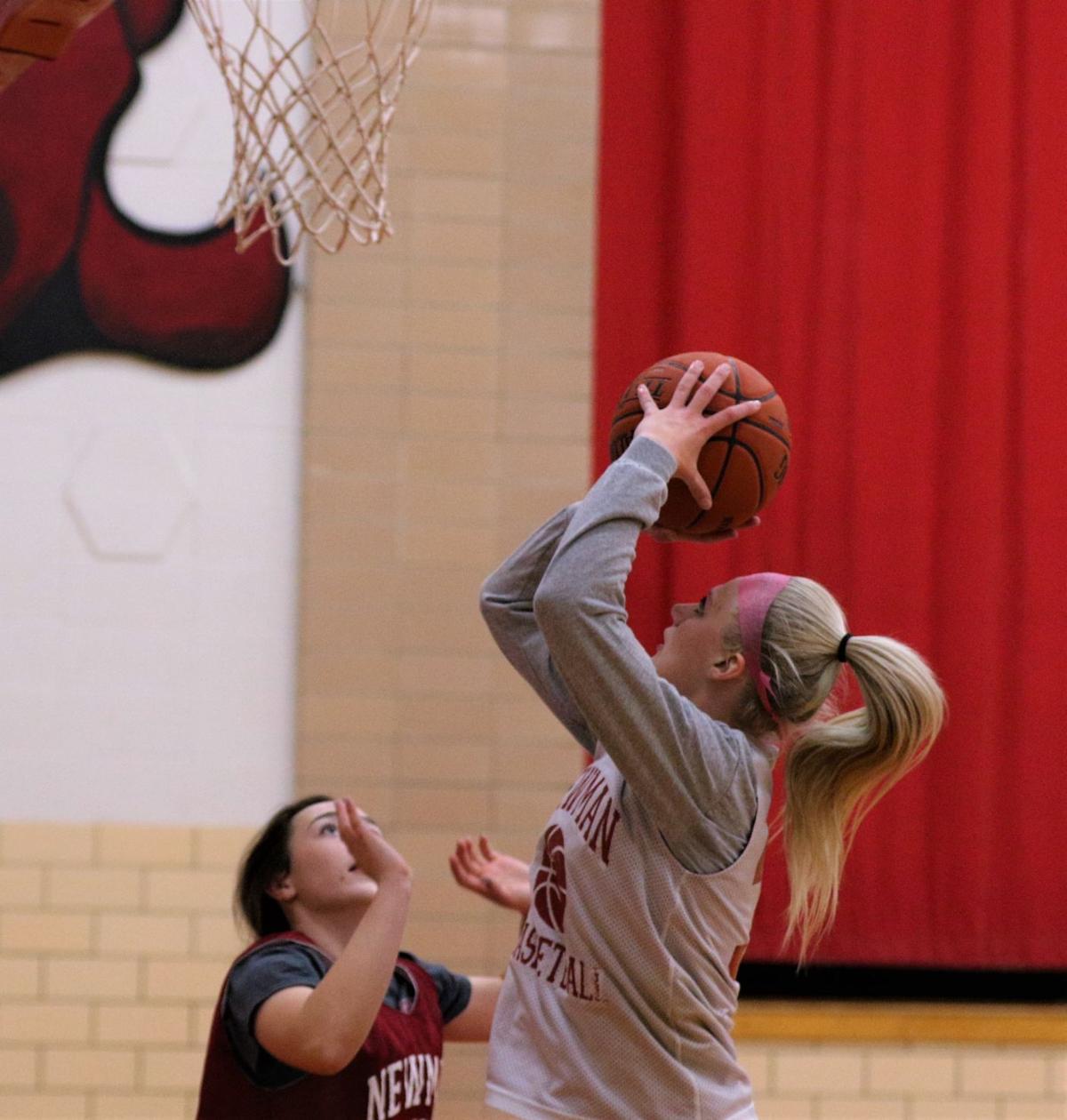 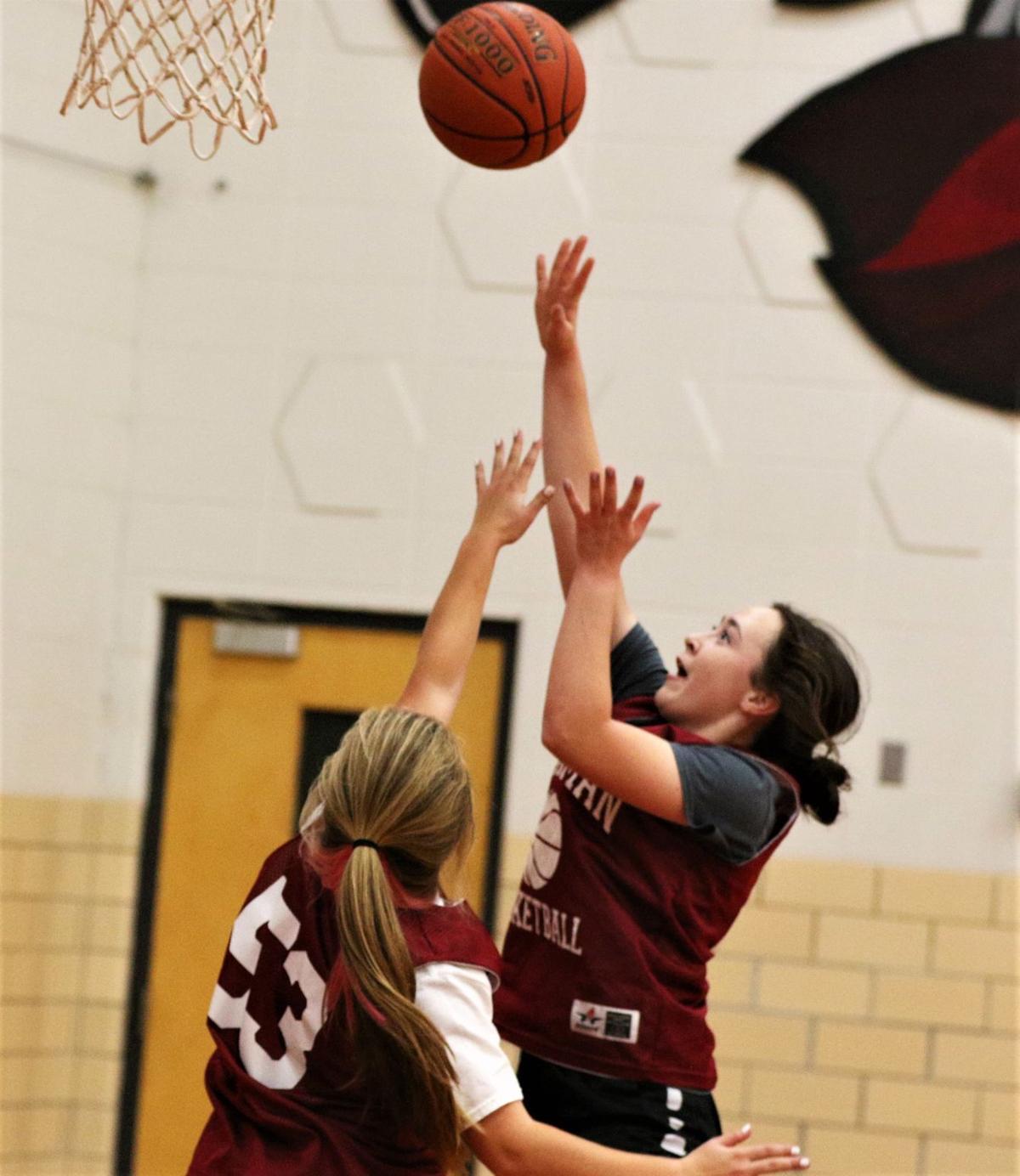