Forest City senior Shae Dillavou always knew she wanted to play basketball at the next level after high school.

She spent a week in July going on five different campus visits in order to weigh all her options and make the right choice.

But one stood out above the rest.

Dillavou chose to play basketball at Division II University of Missouri-St. Louis (UMSL). She made the commitment official by signing her national letter of intent on Wednesday.

She chose USML over Grand View and a handful of other schools.

"A lot of the other schools I visited were NAIA and Division III schools, which were all super nice places," Dillavou said. "UMSL just had a larger campus, but it wasn't overwhelming."

USML plays in the Great Lakes Valley Conference. The Tritons finished 11-7 in conference play and 12-8 overall a season ago.

Dillavou will be a four-year starter come winter for the Forest City girls basketball team. She averaged 14.3 points, 7.4 rebounds and led her team with 64 steals in her junior year.

Outside of basketball, Dillavou was also a standout in volleyball and track and field. She was named to the Globe Gazette's 2021 All-Area volleyball team for the second straight season.

Dillavou says she's excited to finally put pen to paper after committing to the school in August.

"I think basketball has always been my top sport that I've enjoyed," Dillavou said. "Just coming on near the end of my high school career weighing how much basketball, or any other sport, has been a part of my life, I felt like I wasn't ready for that to end yet." 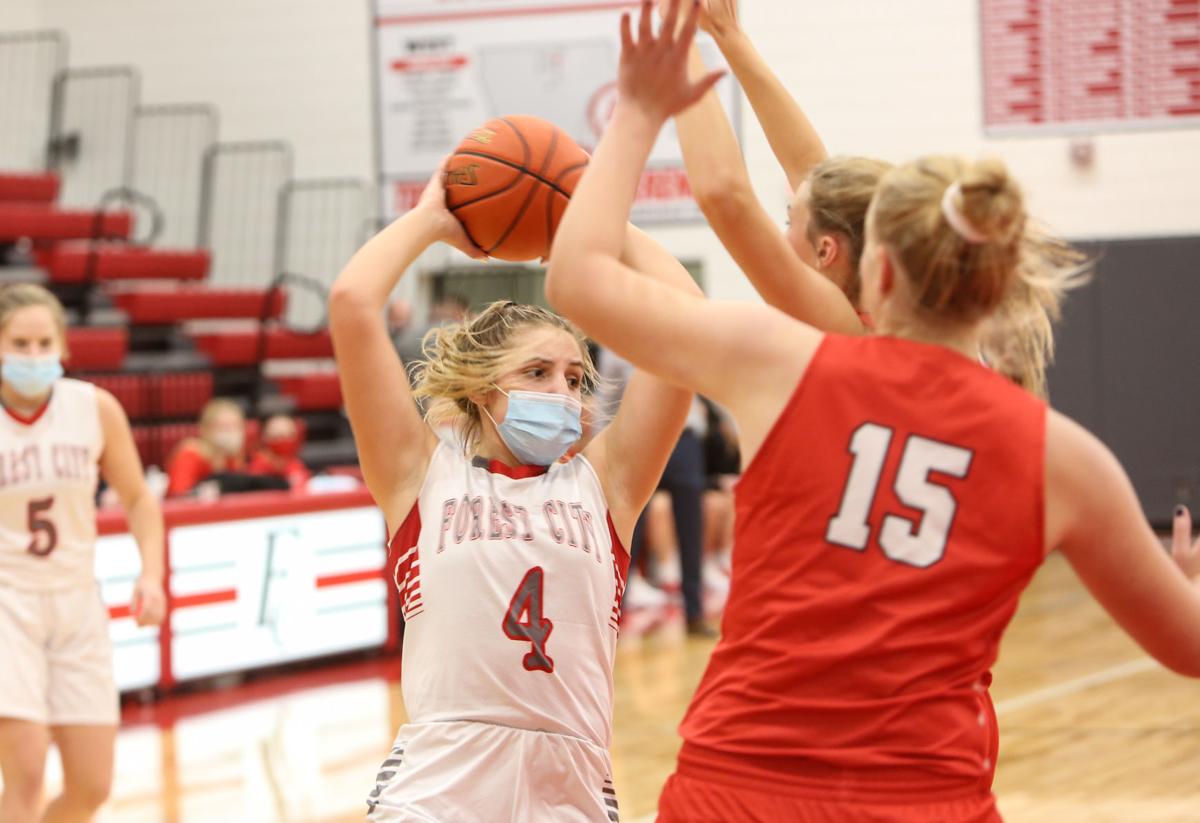 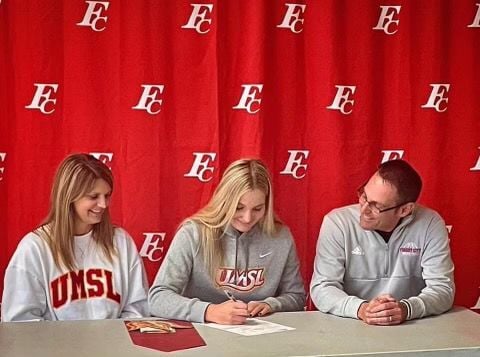 Shae Dillavou signed her national letter of intent to play basketball at the University of Missouri-St. Louis on Wednesday.