Xada Johnson felt some pressure on her shoulders in the first two games of the season.

The Clear Lake sophomore forward emerged off the bench as a freshman last season and gave the Lions key minutes as a backup. She has stepped into the starting lineup as the lone player 6-foot or taller.

"After Friday's game (against Algona), I was feeling really frustrated with myself," Johnson said. "I need to take the focus off of me and go out there and play for my teammates. Do what I can to help them get a win and help them get better."

Helping her teammates allowed her to have a career night herself on Monday.

Johnson was a dominant force on the inside, scoring 21 points and pulling in 16 rebounds to spur the Class 3A No. 8 Lions past 4A No. 12 Mason City 69-57 at North Iowa Area Community College.

"I'd dwell on my mistakes and it would show on the court," Johnson said. "I'm going to move on to the next ball. I think I'm ready to do what I can do help my teammates."

There was no secret to Clear Lake's game plan. With Mason City not having a player that reaches 6-foot, the Lions exploited that and routinely fed Johnson in the first half.

She went 5-for-5 from the field in the opening 16 minutes.

"That's where she can dominate when she puts her mind to it," Lions head coach Bart Smith said. "If we don't have that inside presence with her, it makes it really hard for us to score. If we can have that balance of inside and outside, we'll be a very strong team."

How good could Johnson be this season?

After a breakout season on the volleyball court, Johnson could be in the mix for a potential breakout campaign on the hardwood. Monday sang a different tune than her first two games.

Her combined points and rebound numbers were 12 each.

"My freshman year, especially because there were so many seniors, I often felt a little intimated and nervous at games," Johnson said. "This year, that has definitely changed. I'm really excited for the rest of the season."

Smith believes she can average a double-double on the season.

"She's got to win rebounds," he added. "That is the vision I see with her. This is one game to realize that and build some confidence and I hope she does."

There were moments in Monday's contest where Johnson was the focal point. If Mason City's defense collapsed in the paint, that's where the Lions 3-point shooting came into play.

Which leads Ainley to have the mindset that Johnson could be the determining factor of getting to a 3A state title game.

"Teams got to figure out if they're going to take shooters or match up big," Ainley said. "We kept feeding her and she did an awesome job."

Still, Johnson is focusing on the ultimate goal she has set for herself: Playing with a better attitude and improving her metal game while also realizing her potential.

"My coaches have been encouraging me to do more than I am," Johnson said. "They've told me what to do and I'm more than willing. I'll push myself and get further than the semifinal."

Ball movement has been a key part in Jerry Gatton's guidance of Newman Catholic's boys basketball team. The Knights showed out just how unselfish they were on Tuesday. 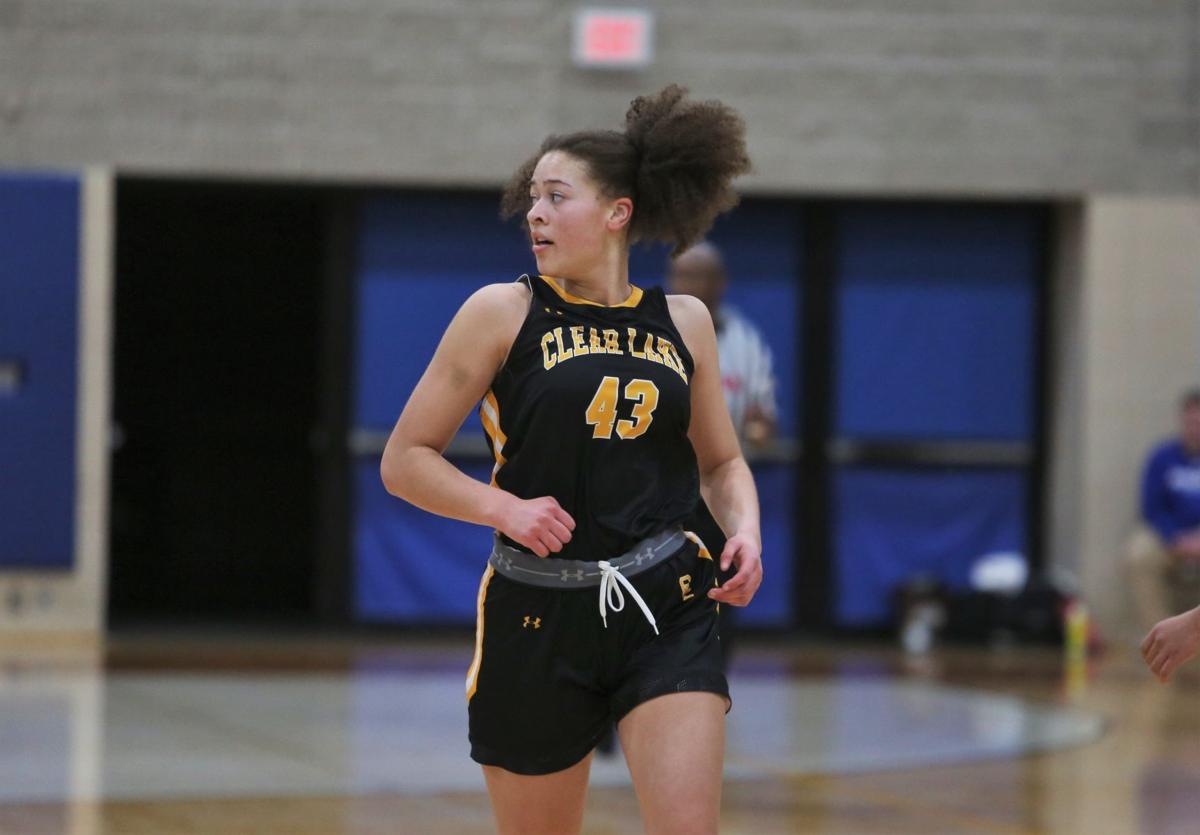 Clear Lake's Xada Johnson watches the ball as she heads downcourt during a game against Mason City on Monday. 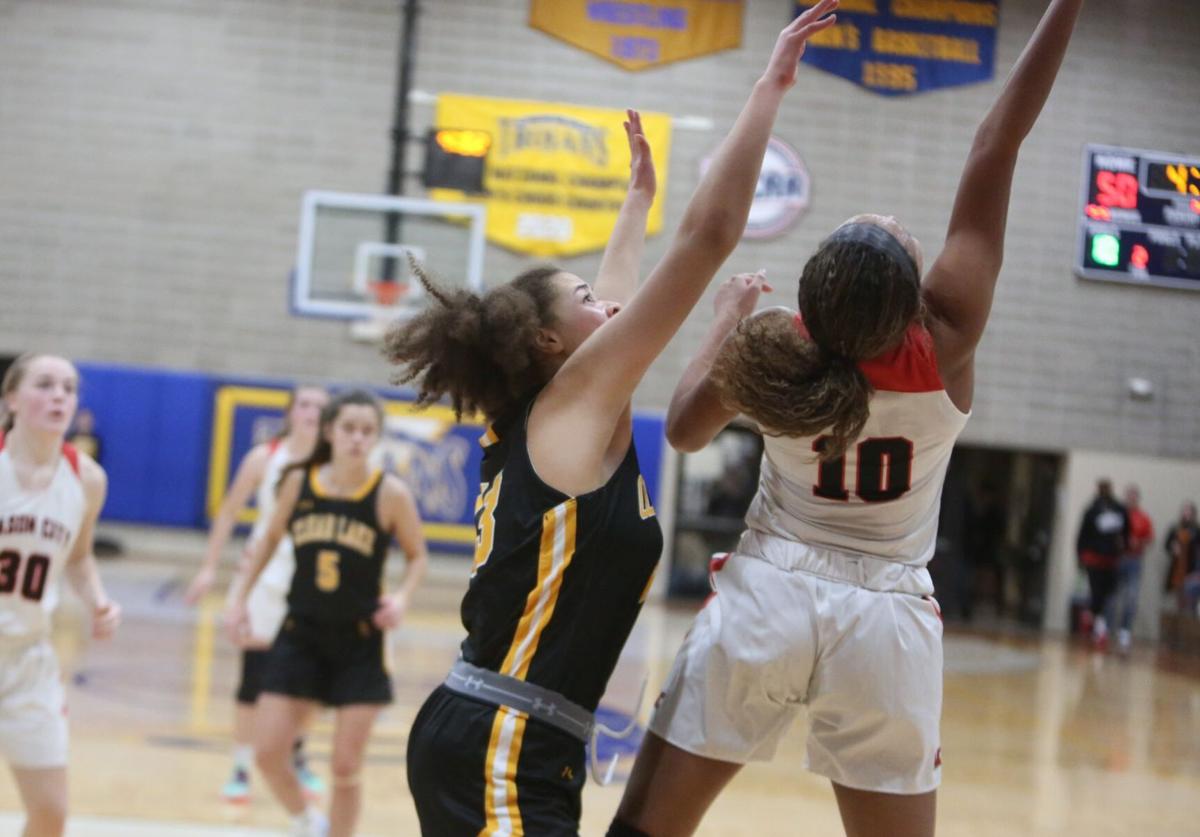 Clear Lake's Xada Johnson (left) jumps to block a shot by Mason City's Jada Williams during a game on Monday.