Biden: US will have enough vaccine supply for all adults by end of May; states directed to prioritize teachers

The St. Ansgar girls basketball took another step toward its goal of a state championship on Friday night, as the Saints beat Nashua-Plainfield, 66-45, to advance to the Class 1A, Region 3 finals.

The Saints pulled out in front of the Huskies in the first quarter, 21-7, and then put up 17 more points in the second to take a 38-14 halftime lead. In the second half the Huskies outscored St. Ansgar 31-28, but couldn't come close to closing the gap.

St. Ansgar senior Brooklyn Hackbart led the team with 17 points, while Gracie Urbatsch put up a double-double, with 14 points and 11 rebounds.

With the win, the Saints improve to 21-1 on the season, while Nashua-Plainfield ends its season with a 12-11 overall record.

St. Ansgar will play Turkey Valley on Wednesday at New Hampton High School for a spot in the Class 1A state tournament. It would be the seventh state tournament appearance in program history.

West Hancock 68, West Fork 36: The West Hancock girls basketball team seems to have its groove back. On Friday night, the Eagles advanced to the Class 2A, Region 6 finals with a 68-36 win over West Fork.

Senior Rachel Leerar had her highest scoring total since her return from a knee injury, with 17 points against the Warhawks in her final career game on the Eagles' home floor. Freshman Mallory Leerar led the team with 21 points on 8-of-20 shooting.

The younger Leerar also led the team with nine rebounds in the game.

With the win, the Eagles improved to 19-5, while West Fork ends its season with a 14-8 record.

West Hancock will play on Wednesday against No. 2 Dike-New Hartford at Hampton-Dumont-CAL, as the Eagles try to secure a spot at the state tournament for the third consecutive season.

It would be the first time in program history that the team has gone to state three years in a row.

Over the past eight years, the Leerar family has been a constant presence around the West Hancock girls basketball program.

It can be tough to step into a situation where you are the new kid, but St. Ansgar junior Adrianna Kruse seems to be adjusting just fine. 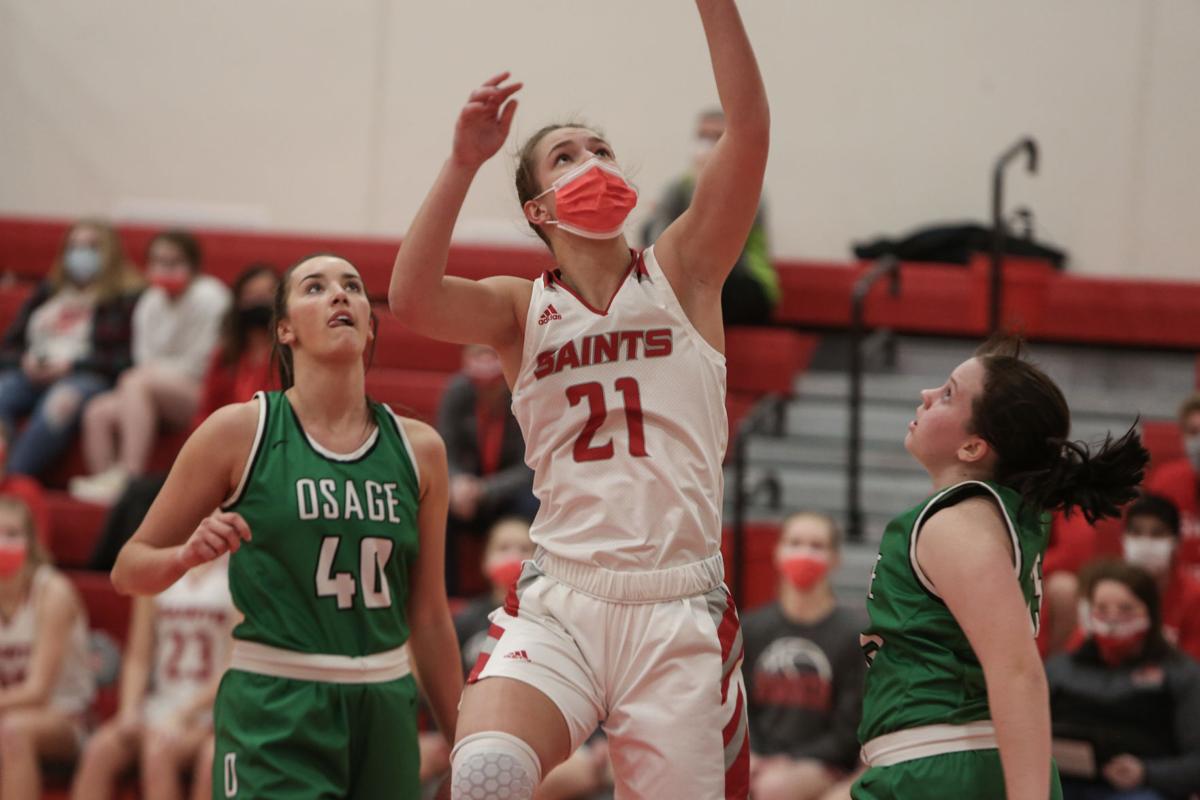 Brooklyn Hackbart (21) scores against Osage at a game in St. Ansgar on Jan. 19. The NFHSA said new evidence reveals a majority of sports-related COVID-19 cases come from social contact rather than participation. 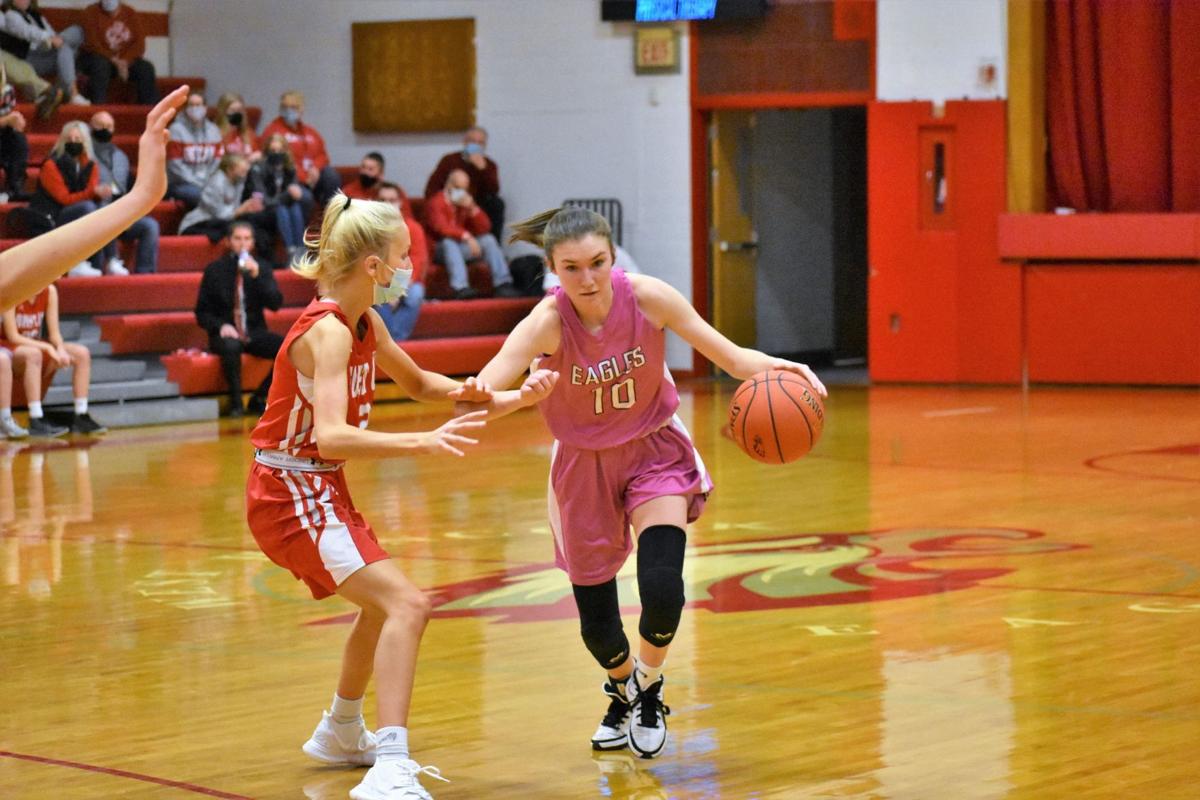