Become a Member
Read Today's E-edition
Share This
With everyone back, Mason City feeling confident as season approaches
0 comments
Share this
1 of 3 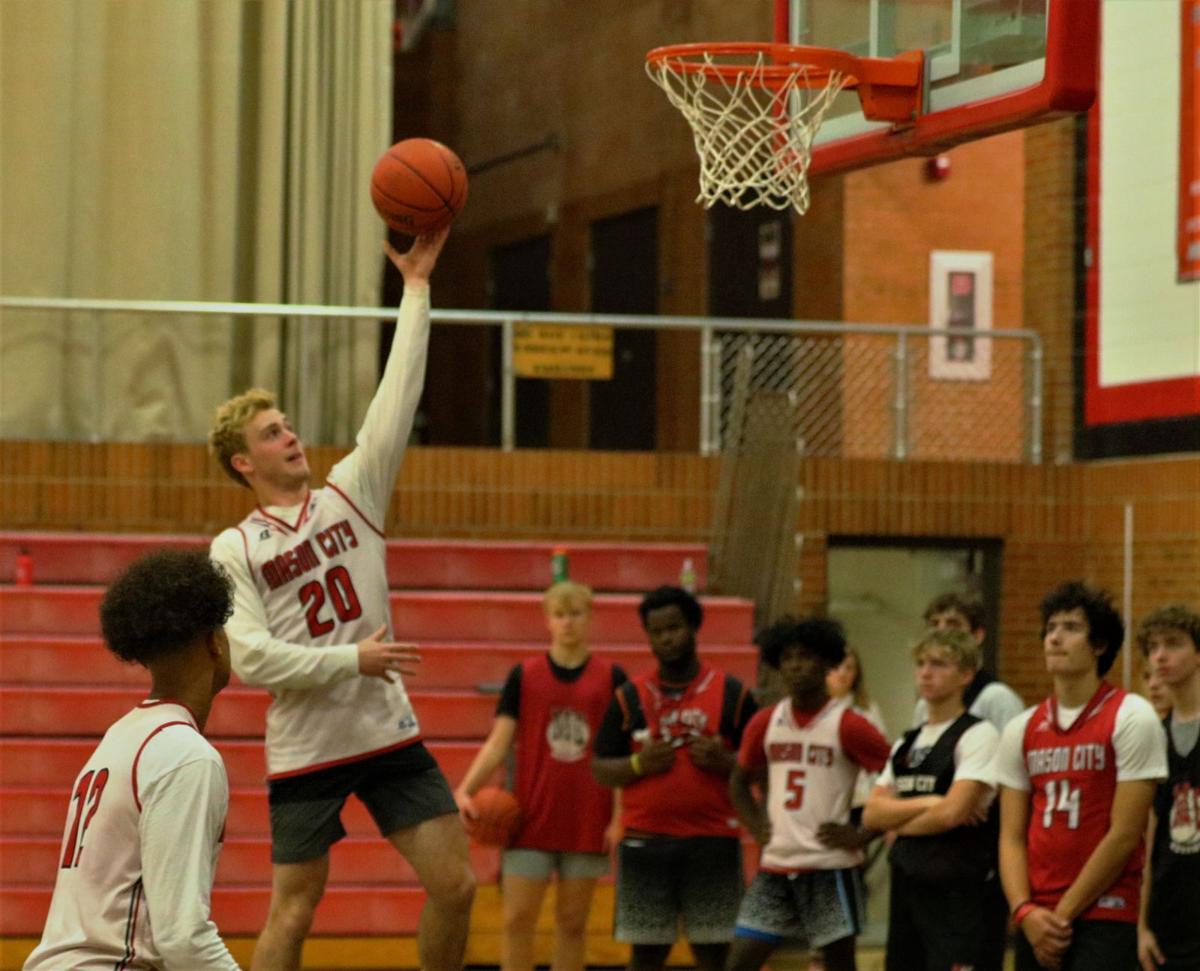 Mason City senior guard Corey Miner goes into the paint for a lineup to finish off an inbounds play during practice on Friday night at Mason City High School. Miner averaged 20.7 points per game last season. 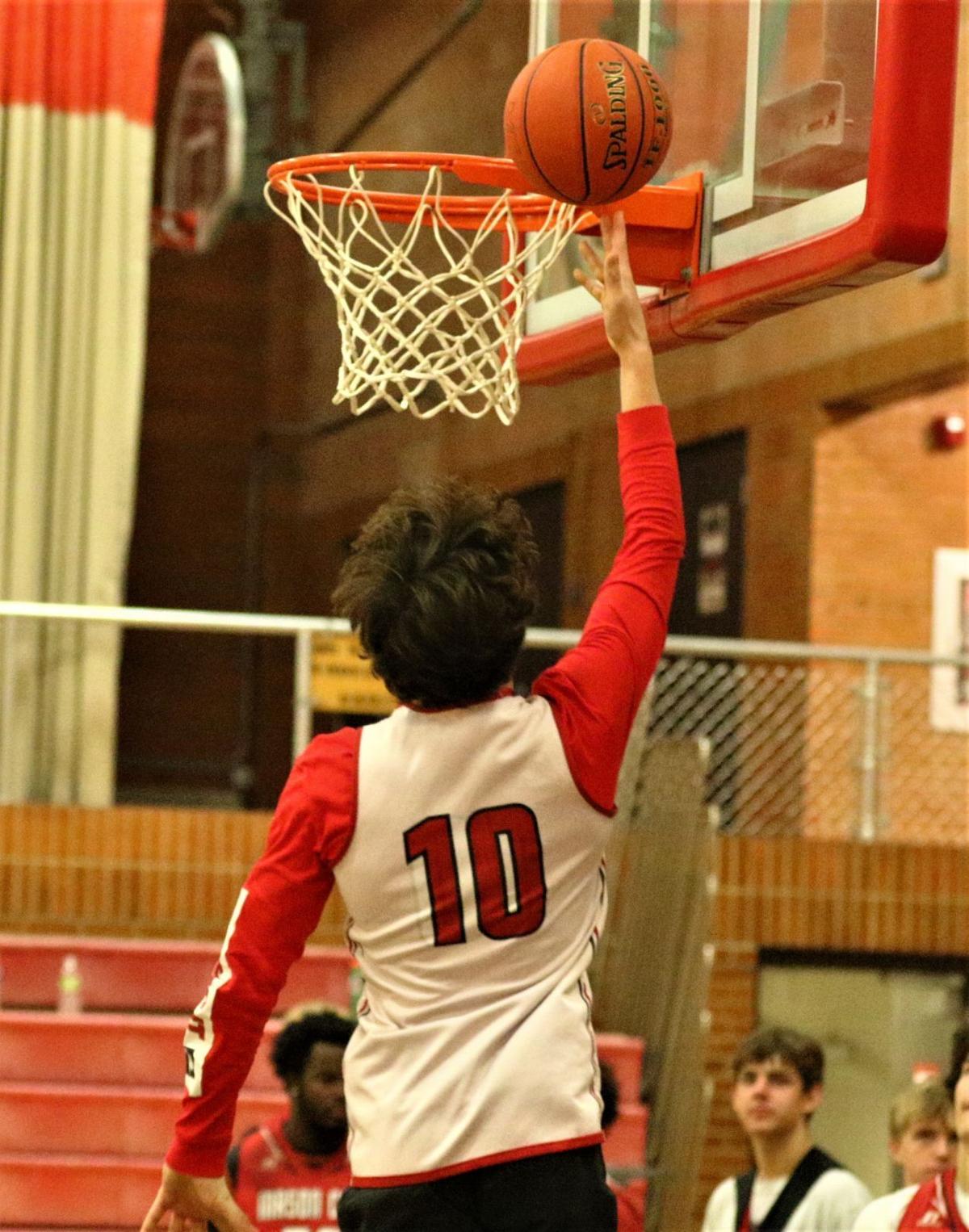 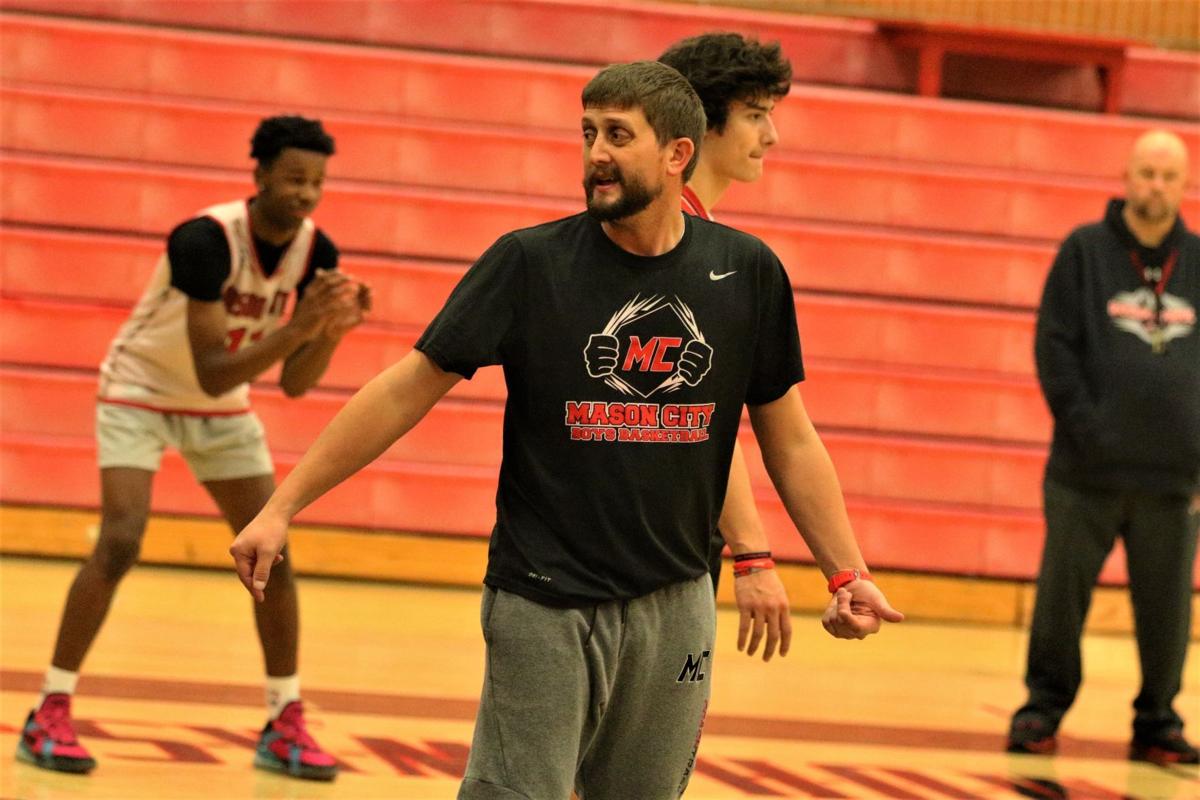 Mason City head coach Nicholas Trask goes over instructions during practice on Friday night at Mason City High School. Trask is beginning his eighth year at the helm of the program.

As the season transpired last winter, Nicholas Trask felt like there wasn't a whole lot of urgency.

"There's no finality feeling to it," Mason City's head boys basketball coach said. "This year, there is that. They've put a lot of good, healthy pressure. They all have these high expectations, high goals.

"It is kind of that feeling of 'Hey, this is it guys. We're not going to play for next season, we're playing for right now.'"

Every contributor is back. That has foamed an amount of confidence not seen from a Mason City group before.

"We're going to be a problem this year," senior guard Corey Miner said.

It is one of the tallest teams Mason City has had. Trask believes it is the quickest bunch. And if everything goes well, it could be the collection that turns the program back around.

Mason City has not finished with a winning record since the 2016-17 season. Over the last four seasons, it hasn't won more than eight games.

"Since we've had a year to play with each other, a lot of good chemistry," senior Isaiah Washington said. "It felt like it went better as the season went along."

Miner has the third most points per game average back in Class 4A at 20.7. There were nine times where he didn't hit the 20-point mark and after he missed a stretch of games, he only hit 20 points once.

He is hopeful that a streak like that doesn't happen again.

Washington was the most consistent second option last season. He grew a couple inches and could be more of a threat in the post.

"Just being able to play a lot bigger, got a couple inches to my wingspan too," he said. "We have some guys that can be that third option."

Trask has the mindset that Washington is primed for a breakout season.

"He's grown in confidence, he's had a really nice summer for us," Trask said. "He's going to shock a lot of people when they see him on the court what he's become."

Key players going down like flies have put a choke hold on rotations. Even if a starter or a bench player goes down, Trask doesn't see it being a hindrance this time around.

"We feel if we can get out starting five into double digits, we're going to be able to win the game," Trask said. "We have 12 guys that can dunk, I don't know if I've had more than two."

Mason City dropped its substate opener to Norwalk by nine points. It trailed by three points entering the third than was outscored 23-17 over the final eight minutes.

It capped a season in which Mason City went 5-17.

"Defense, rebounding and not giving up easy baskets," Miner said of improvements for this year. "Last year, we still tried to win obviously, but this year, we're taking another approach."

The Central Iowa Metropolitan League (CIML) is as powerful as ever, particularly in the Iowa division.

Ames, led by Iowa State recruit Tamin Lipsey, is one of the favorites to win a state title this season. Waukee Northwest, the new school on the block, got the biggest fish from Waukee in Pryce Sandfort.

"I think we're one of the top teams coming in," Washington said. "With (Ames) being the best team we're going to play, it'll show where we're at."

Trask doesn't think the term "steal a game" fits with what Mason City wants to do this season.

"There's nothing that we're going to get just lucky," he said. "When we play somebody, we're expecting we can play with them and beat them. That's the mentality these guys have."

There is belief that Mason City can improve on many facets of its game. It allowed over 60 points 15 times, including the final nine games in a row. Its shooting numbers were near the bottom of the CIML-Iowa.

Still, no one is shying away from an expectation to get to Wells Fargo Arena in March.

"I brought the coaching closet," Trask said. "Most teams aren't super concerned with us. That would make us a dark horse, I think that's what describes us the best."

"We feel if we can get out starting five into double digits, we're going to be able to win the game. We have 12 guys that can dunk, I don't know if I've had more than two."

Newman Catholic has two returning starters and a bunch of sophomores on its 2021-22 girls basketball team.

Look around North Iowa and there was no doubt who the best girls cross country runners were. They piled up a few wins along the way and showed…

Behind a returning state qualifier and a district qualifier, Clear Lake's wrestling bunch is hopeful to be a more well-rounded team in duals and tournaments.

Green Devils not shying away from goal of double state title

Brent Jennings has coached at Osage for 26 years. He called this group his most talented top to bottom.

With winter sports kicking off, local school athletic directors are looking to bounce back with regular spectators and funding.

Mason City senior guard Corey Miner goes into the paint for a lineup to finish off an inbounds play during practice on Friday night at Mason City High School. Miner averaged 20.7 points per game last season.

Mason City head coach Nicholas Trask goes over instructions during practice on Friday night at Mason City High School. Trask is beginning his eighth year at the helm of the program.