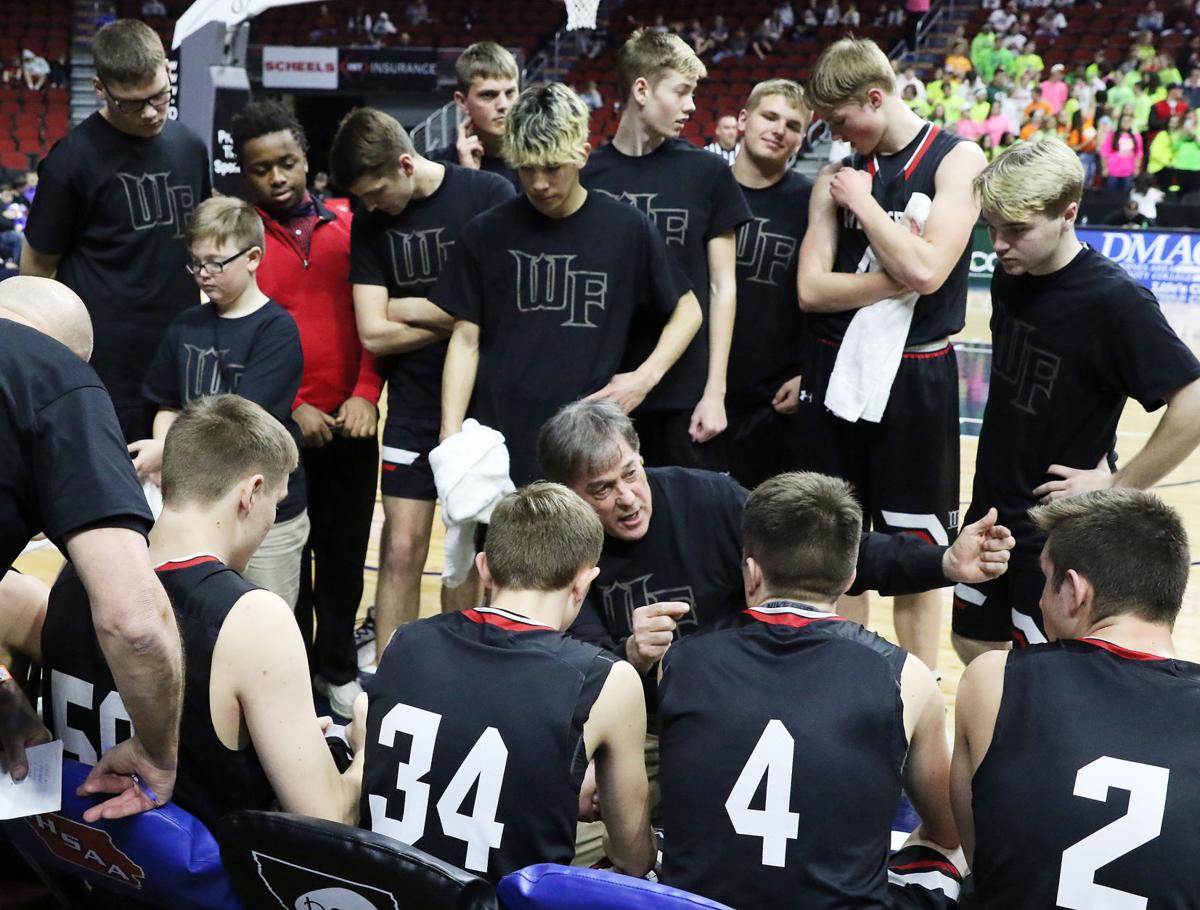 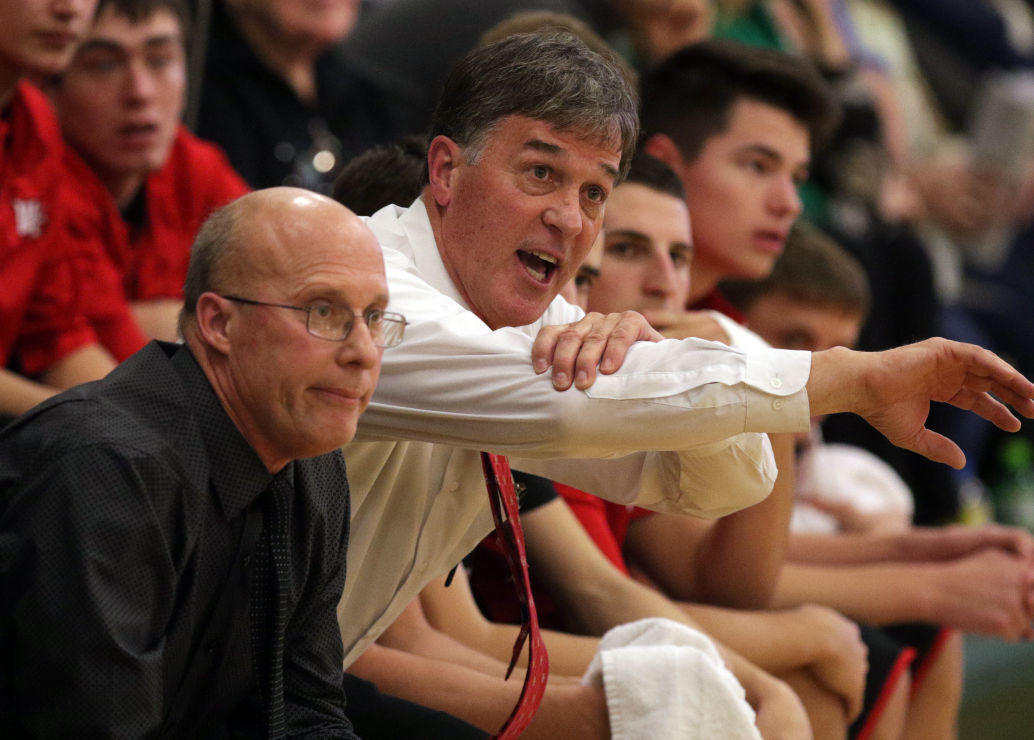 Frank Schnoes was fully prepared to not return to the sidelines and ride off into the sunset as an administrator.

He had spent six years as the high school principal at two different schools. He retired from that and full-time teaching in 2010.

An opportunity, coupled with the encouragement of parents, led him back to the coaching chair at West Fork in 2012.

Fast forward nine years and Schnoes is putting away the whistle. For good.

Schnoes announced on social media over the weekend he is entering full retirement after a stint with the Warhawks in which he led them to back-to-back runner-up finishes in 2013 and 14, plus a fourth place finish in 2020.

"Basketball has always been a sport, ever since being a young kid, I've always enjoyed playing and that was really my inspiration to get into education was to be a coach," Schnoes said. "It was a tough decision. It was time for me to step away."

It ends a stretch of coaching that started in 1974 with an eight-year break.

A native of Paulina, Iowa, Schnoes first was at Shelby-Tennant in '74 then went to Calumet from 1976-79 as head coach of the middle school team. From there, he packed his bags and moved to Sheffield.

From that year until 2004, Schnoes was still the leader. He led S-C-M-T to three Class 1A state tournament appearances and coached four all-state players.

He never once tried to dip his toe into a Class 3A or 4A school.

"When I first came to Sheffield, the goal was to get more experience," Schnoes said. "It's a small enough community where you develop relationships. It seemed like a good fit for me. We grew into the community."

A graduate of Westmar University in LeMars, Iowa, Schnoes earned his bachelor's degree in physical education with a minor in history. He proceeded to earn his master's degree from Buena Vista University.

"Back in those days, you couldn't coach unless you were a teacher," Schnoes said.

After the 2004 season, the 69-year old decided to become an administrator. He was the high school principal at West Bend for one academic year before going to Iowa Falls and being the principal there from 2005-10.

Schnoes admitted there wasn't an itch to come back to coaching. Rather, others had the itch for him.

Jordan Nelson left West Fork after winning a state title in 2011 for another job. So with parents wanting Schnoes to take the job, he weighed the pros and cons.

It led him to running practices and drawing up plays in the huddle again.

"I missed being around the kids, I missed the competition," Schnoes said. "I guess when the opportunity presented itself, I was comfortable getting back into coaching. Everything kind of fell into place."

He left an impact on players.

"I had a ton of fun playing for Coach Schnoes and coaching with him for a year and learned so much from him," former West Fork guard Sam Amsbaugh said. "I remember after Coach Nelson left after my sophomore year (in 2012), everyone was so anxious about what would happen with the team. Coach Schnoes made the transition so seamless for us."

The Warhawks aren't short in talent. They finished 20-4 last season, falling one game short of the Class 1A state tournament. Despite losing all five starters, Schnoes stated the junior varsity and freshman level teams all performed well.

"I'm not leaving because the well is dry," he said. "The new coach will inherit a culture of these kids wanting to work hard. The kids have high expectations of what they want to accomplish."

Schnoes plans to spend time with family as well as traveling in his post-coaching life. He has two adult daughters and seven grandchildren to keep him busy.

He departs from the school with no regrets.

"I'm leaving with the program in a good place," Schnoes said. "I'm going to miss it. I feel satisfied that I worked hard to maintain a basketball program. I don't regret leaving, I'm happy I've had success here and I've enjoyed my time here."

Tandem separated by three years push to qualify for state

When doubles teams are typically formed, it is a pair of upperclassmen or two players close in age.

For the first time this season, Mason City's Jada Williams faced two of the fastest sprinters in Class 4A. She held her own in the 100-meter dash at the CIML Iowa Conference track meet. 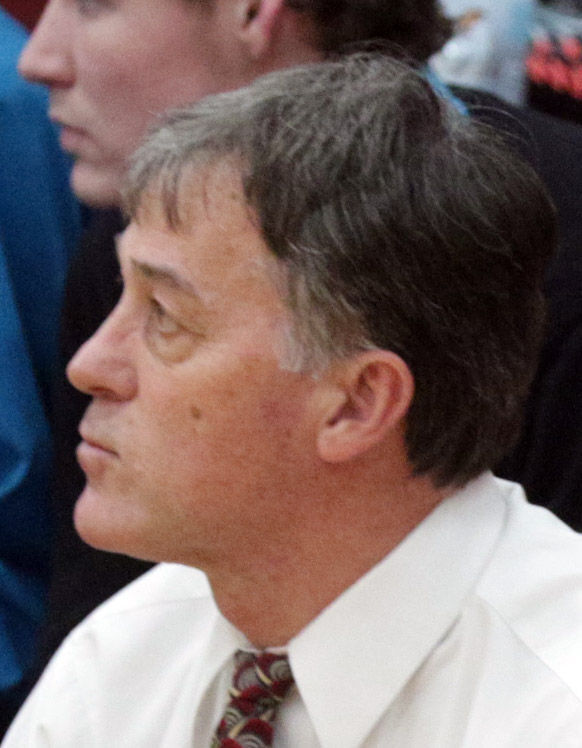