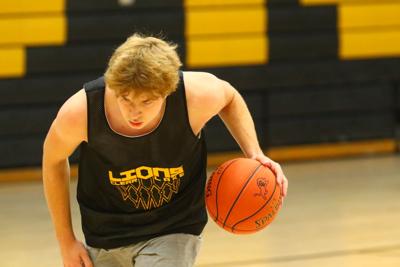 Before 2019, the Clear Lake boys basketball program hadn't qualified for the state tournament since 1979.

But lately, there's been a swing in the program's success.

Head coach Jeremey Ainley has led his team to Wells Fargo Arena in Des Moines for the state tournament twice in the past three years – most recently last season.

Even though the Lions lost two standout starters to graduation in Andrew Formanek and Eric Ritter, the standards haven't changed for Ainley and his current players.

"Our goals are the same every single year," Ainley said. "Our goal is to win a conference title. And if we do that, we put ourselves in a position for our second goal, which is the state tournament."

The Lions have won the North Central Conference for the last four years. Last season, the Lions did so by finishing 12-2 in the conference and 23-3 overall.

Clear Lake returns three starters – and a couple of players who played off the bench – from last season's conference title team.

"We return a good group of guys with a lot of experience," Ainley said. "But we've got some positions to replace. The new guys are ready to step into that challenge. The returning guys want to stay at the high level that we've been."

The player leading the charge this season for the Lions will be senior guard Carson Toebe. In his junior season, Toebe averaged 19 points, 5.4 rebounds and 4.2 assists. He was also fourth in Class 2A with 72 3-pointers made.

Toebe will be the leader of the Lions vocally and statistically on the court.

"I'm really excited. I want to get the most out of it that I can," Toebe said. "I'm looking forward to this year, and scoring, but I think I can do a lot more this year in all aspects of the game."

The other two starters returning are senior guard Jagger Schmitt and junior guard Travaughn Luyobya. Both have experience playing in big games for the Lions.

"There are some newcomers, too, and we'll see in this week of practice if they're ready to take that step or not," Ainley said.

Like Ainley said, the Lions have high hopes to get back to the state tournament after winning another conference title.

To the seniors on the team, the most important thing about this season is keeping the recent tradition of success going.

"I want to make sure the last game I play in high school is in Wells Fargo," Toebe continued. "I really want that to be the last spot I play at."

The Clear Lake girls basketball team has qualified for the state tournament in six of the past eight seasons.

All of the season's triumphs and hardships have led to this moment for the West Hancock football team. A familiar foe stands in the way of a state title. 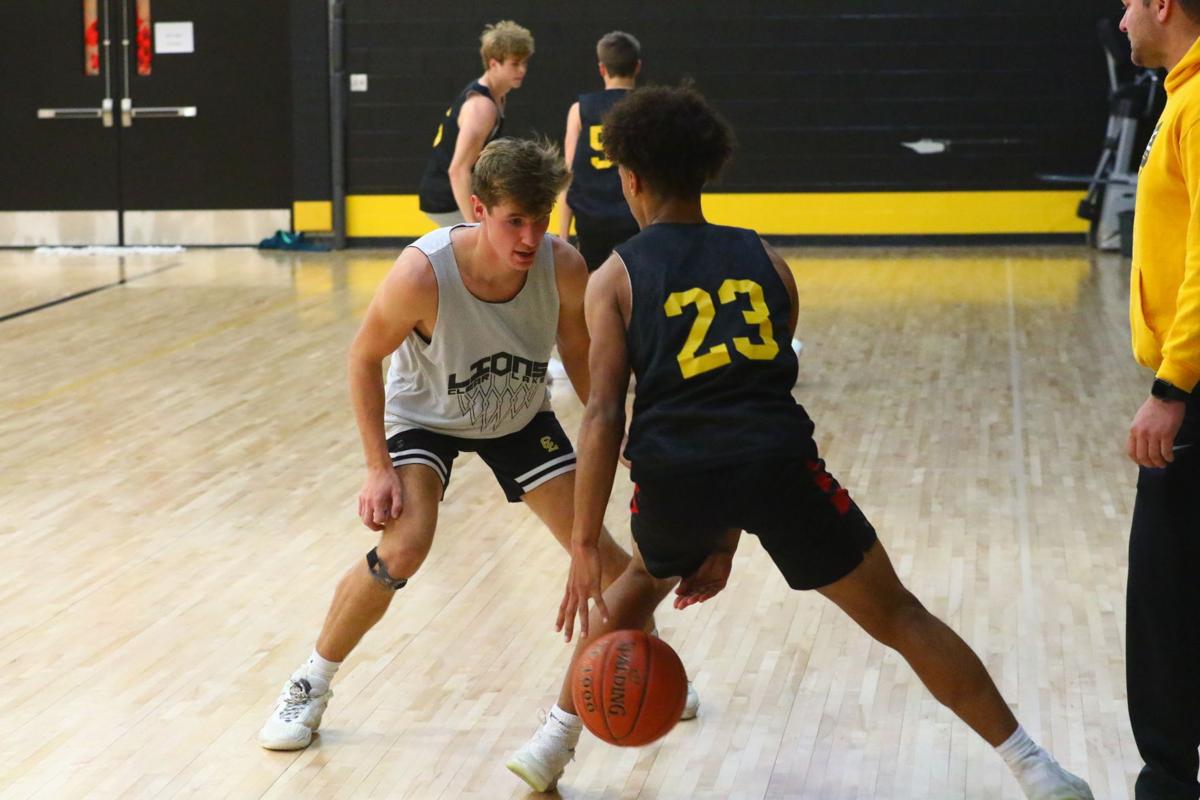 Senior Jagger Schmitt (gray jersey) guards junior Travaughn Luyobya (#23) during a drill at a practice at Clear Lake on Monday. 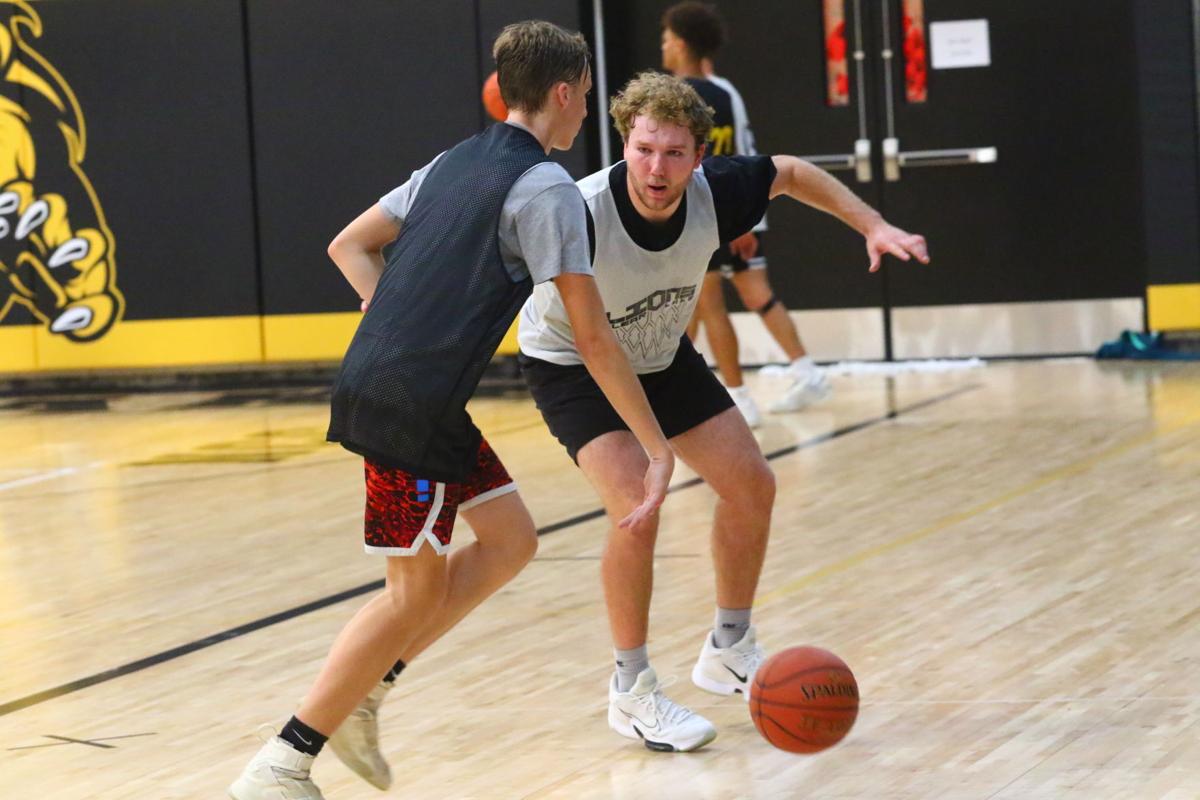 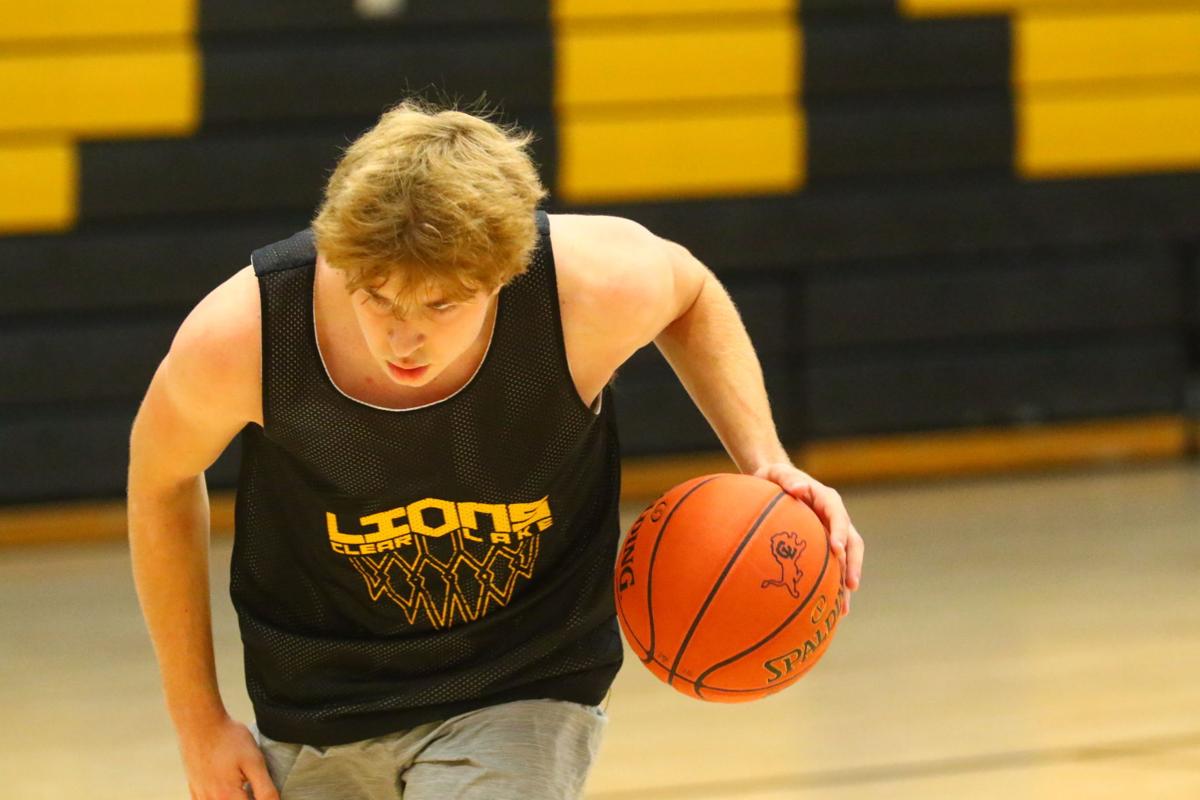 Clear Lake senior Carson Toebe dribbles the ball during a practice prior to the start of the regular season.