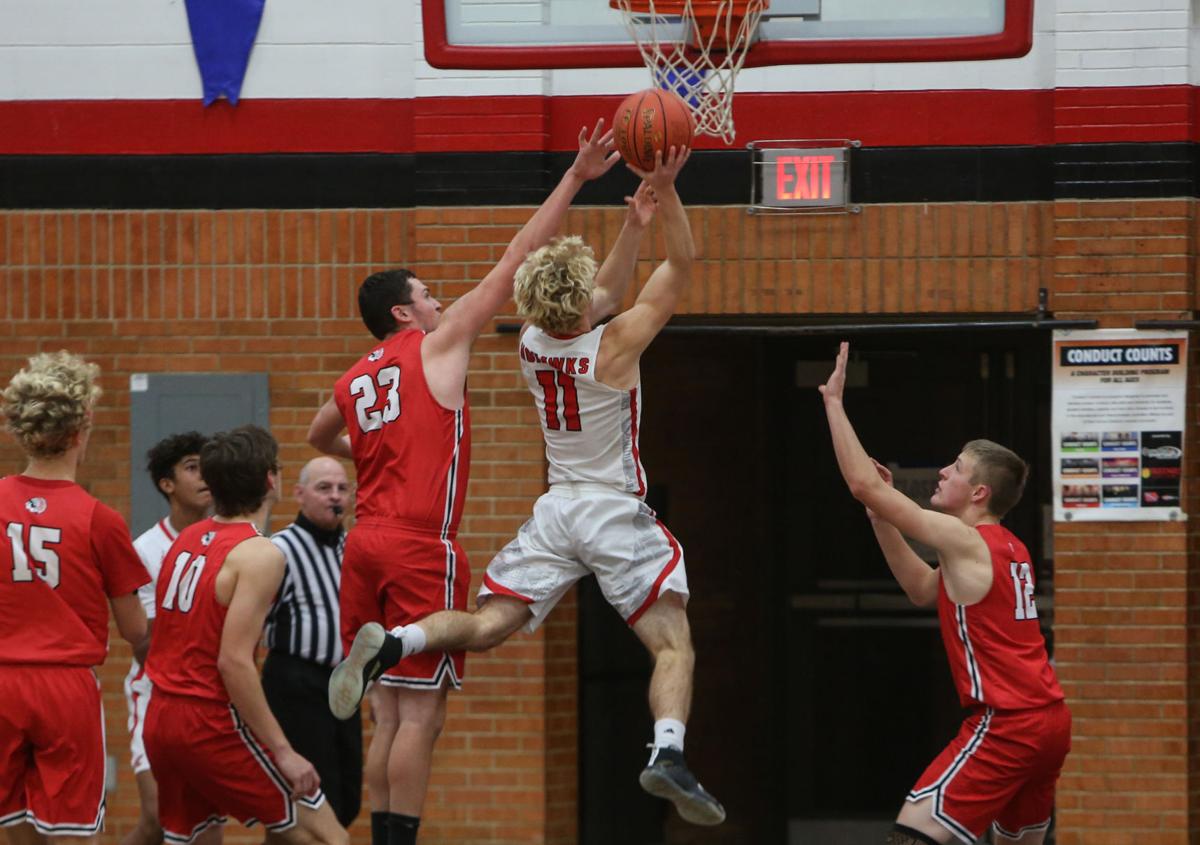 Corey Miner (#11) scores against New Hampton at a game in Mason City earlier this season. 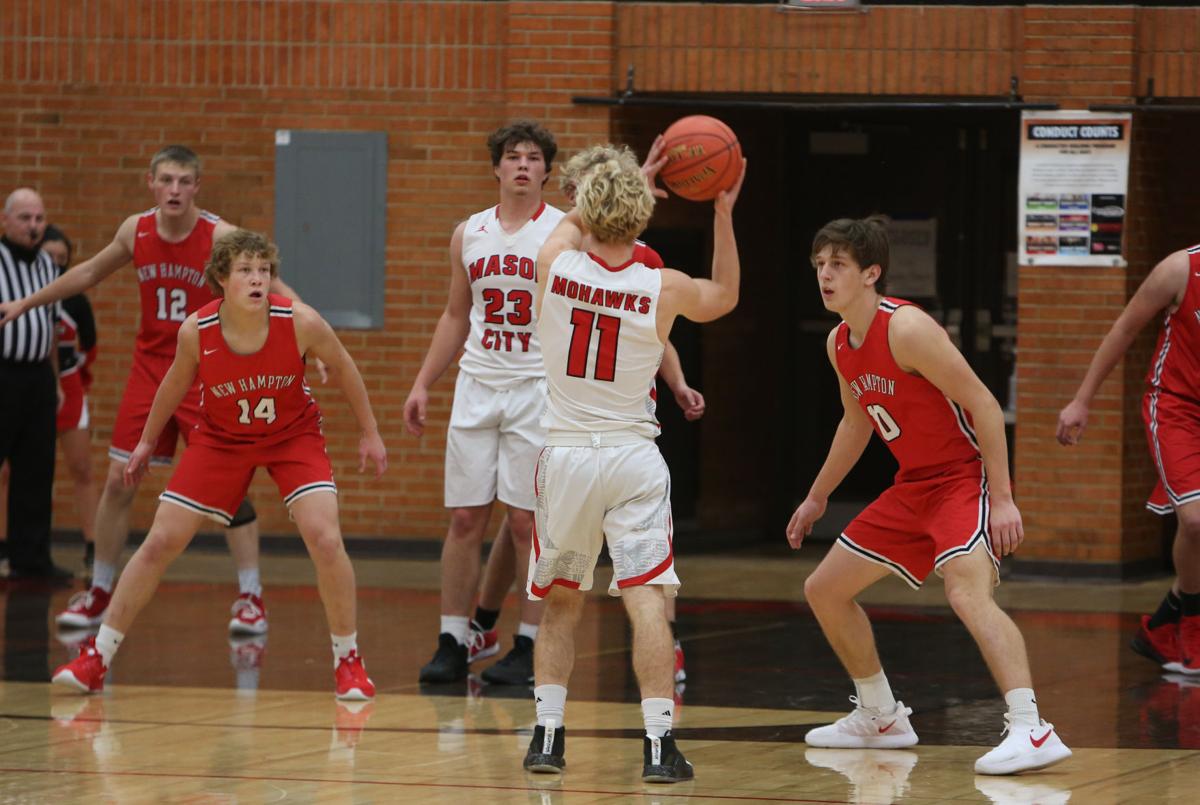 Mason City junior Corey Miner looks to pass the ball on Dec. 3 in a home game against New Hampton.

The Mason City boys basketball team saw its season end on Monday night with a 71-62 loss to Norwalk in the first round of the Class 4A, Substate 8 tournament.

The Mohawks trailed at the half, 33-27, and pulled within three points after outscoring the Warriors in the third quarter, 18-15. But a 23-point offensive outburst in the fourth from Norwalk ended Mason City's comeback hopes.

"I am super proud of how this team ended the season the last few games and I can't wait to see how much better we will get in the off season with every player returning next season," Mason City head coach Nick Trask said. "Thanks to all our fans that supported us all season either in person or on the live stream."

Norwalk senior Max Juergens led the team with 19 points, while senior Cole Tunender had a double-double with 14 points and 11 rebounds.

With the loss, Mason City ends the season with a 5-17 record, while Norwalk will move on to play Ankeny in the substate second round on Friday.

Crestwood 73, Charles City 68: The Charles City boys basketball team lost to Crestwood, 73-68, on Monday night in the first round of the Class 3A, Substate 3 tournament.

The Comets scored 23 points in the first quarter, but fell just short of a comeback victory, to end its season at 9-13 overall.

Crestwood will play Decorah on Thursday in the second round of the substate tournament.

Corey Miner (#11) scores against New Hampton at a game in Mason City earlier this season.

Mason City junior Corey Miner looks to pass the ball on Dec. 3 in a home game against New Hampton.