Become a Member
Read Today's E-edition
Share This
With everyone back full-time, GHV turns into 'scary' team
0 Comments
Share this
1 of 2 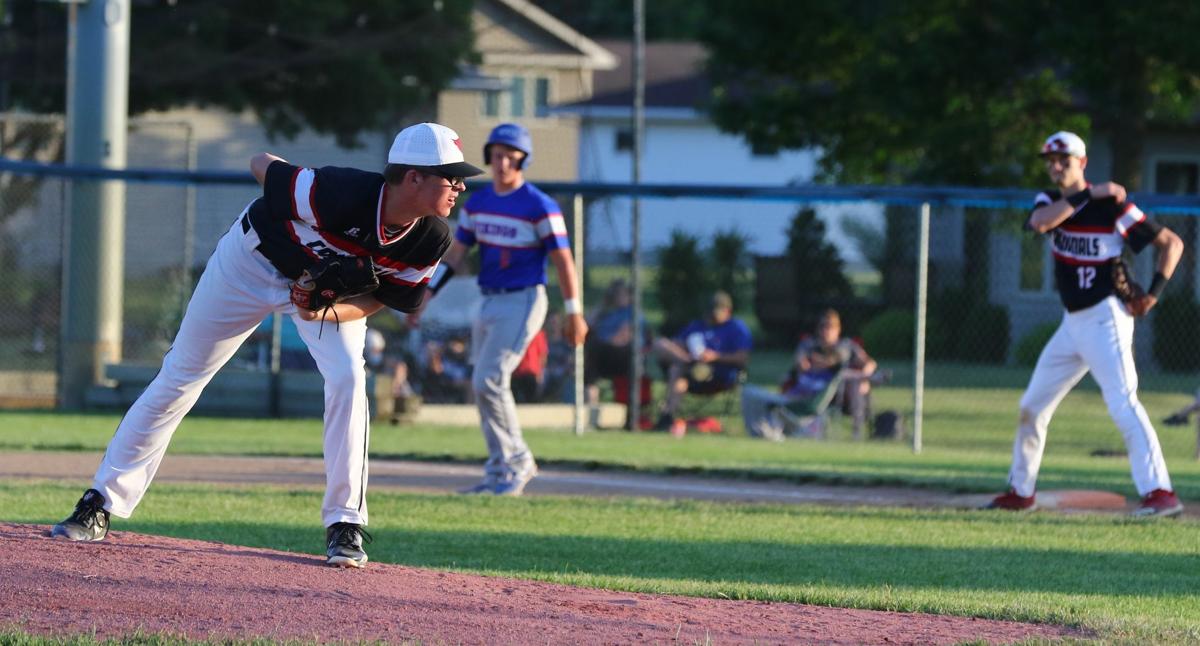 Garner-Hayfield-Ventura starter Matt Steffensmeier looks in and waits for the sign during a game against Northwood-Kensett on Tuesday, June 8 in Northwood. Steffensmeier threw 48 of his 62 pitches for strikes in just his second start of the season. 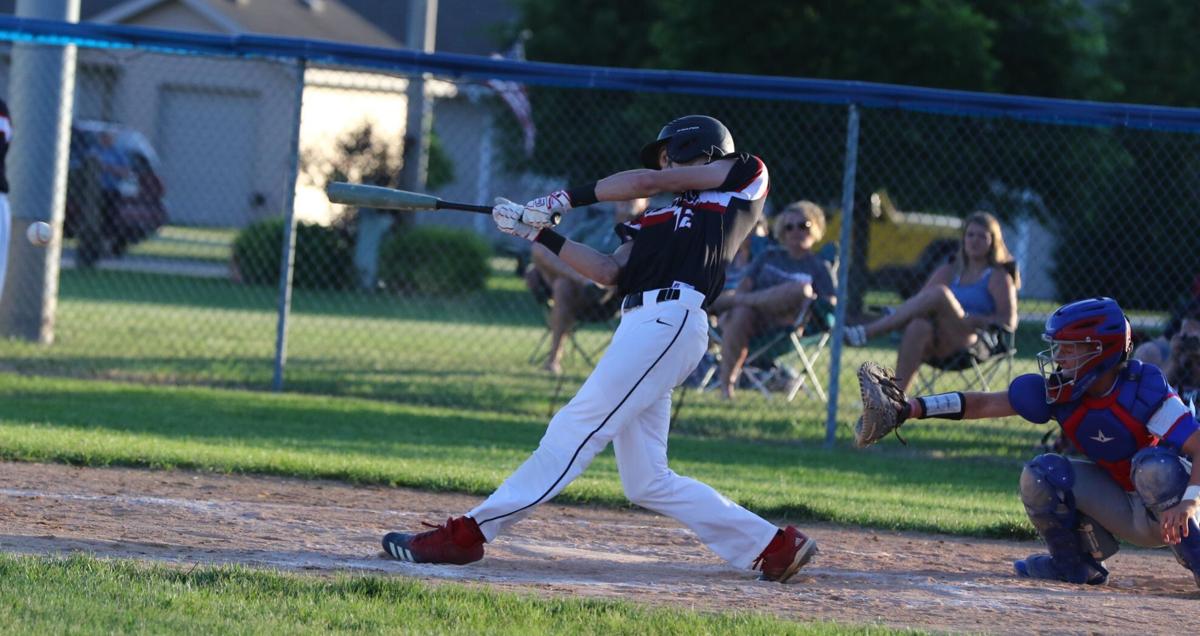 Garner-Hayfield-Ventura's Kevin Meyers makes contact with the baseball in a game against Northwood-Kensett earlier this season.

Its boys soccer program had an extended postseason into a Class 1A substate final. Five players that started on the pitch were also significant contributors on the diamond.

The result was a 14-4 loss for the Cardinals. They have yet to drop a game since then.

GHV is in the midst of a seven-game winning streak thanks to those soccer guys returning, plus the emergence of a reliable pitcher that has made an earlier-than-predicted return from two knee surgeries.

Its offense has touched double digits in four of the wins, the latest a 17-0 four-inning drubbing of Northwood-Kensett on Tuesday. The most runs it has allowed is seven.

Ryley Kozisek made a proclamation to his team after defeating the Vikings to move to 7-1 on the season.

"We're red hot, we're a scary team," he said. "We have not come close to playing our best baseball yet. That's the scary part."

Kozisek noted that all of the soccer guys came to practice following the 2-0 loss to Columbus Catholic in baseball shape. They had been participating in batting practice and any other baseball-related activities while still actively playing soccer.

"They were ready to go," Kozisek said. "As soon as their soccer season ended, it is go time. We're trying to win a conference title, state title here. We're not trying to mess around."

Nathan Roberts, one of those players, knew that once they all were entered back into the lineup, things would change. It has changed dramatically.

"We found our groove perfectly," Roberts said. "We have a good time with it too, it is a good atmosphere."

Mason Graham, Jack Ermer and Braden Boehnke all have batting averages north of .270, while Kevin Meyers is providing leadership as one of three seniors in the lineup.

"Every lineup has its heart," Roberts said. "This is up there in the top-3 the past couple of years. We're putting up runs and getting out early."

The offense has made a furious return since the opener, but after two knee surgeries since his freshman season, Matt Steffensmeier has turned into a weapon on the mound for the Cardinals.

He had surgery in each knee last summer, both of them after suffering broken kneecaps that led to a broken fibia. Two months separated the surgeries, with his right knee the one that is a bit behind in recovery.

Doctors gave him a timeline of one year with no sports after his first surgery, one more year until he was full strength and another two years until he was ready mentally.

Steffensmeier had other ideas.

"That couldn't happen because I want to play," the junior said. "I got there in seven-and-half (months). I went full baseball at about nine months."

So with a quicker timeline, Steffensemeier pitched his second game on Tuesday against the Vikings and dazzled. He threw 48 strikes of his 62 pitches and struck out five batters in the victory.

After getting into an early jam – two runners in scoring position in the bottom of the first – the right-hander induced a groundout and a flyout to leave the inning with no runs crossing the plate.

He allowed just two hits for the remainder of his outing. He has honed in on his curveball since adding it to his repertoire as an eighth grader.

"Definitely the best I've thrown this year," Steffensmeier said. "At times, it is pretty challenging. Some days I don't have it, today I did."

Kozisek felt comfortable throwing Steffensmeier back onto the mound. He was the freshman coach two years ago when his pitcher first suffered injuries.

"That kid you saw tonight was there a few years ago," Kozisek said. "We hand him the ball and say 'Go be you, go do your thing.' It was a mental aspect, trusting your knee. We're really happy he's healthy."

In a week, GHV will get a rematch with Forest City at home. It will be a very different team the Indians will face compared to the one in late-May.

Garner-Hayfield-Ventura faced Northwood-Kensett in a baseball game on Tuesday, June 8 in Northwood. The Cardinals defeated the Vikings 17-0 in…

WATCH NOW: Top of the 3rd inning action from Garner-Hayfield-Ventura vs. Northwood-Kensett baseball

It took roughly 90 minutes for the Garner-Hayfield-Ventura baseball team to make a statement Tuesday night.

And what a statement it was.

Osage's softball team started off the year against three teams ranked teams inside the top-15 in the current softball rankings. It went 0-3.

Seventy-three at-bats were taken; 49 combined runs crossed home plate; 34 hits were made with 39 RBIs; the Warriors and Eagles combined for 24 walks and 12 hit by pitches with the former having 12 errors.

Garner-Hayfield-Ventura starter Matt Steffensmeier looks in and waits for the sign during a game against Northwood-Kensett on Tuesday, June 8 in Northwood. Steffensmeier threw 48 of his 62 pitches for strikes in just his second start of the season.

Garner-Hayfield-Ventura's Kevin Meyers makes contact with the baseball in a game against Northwood-Kensett earlier this season.