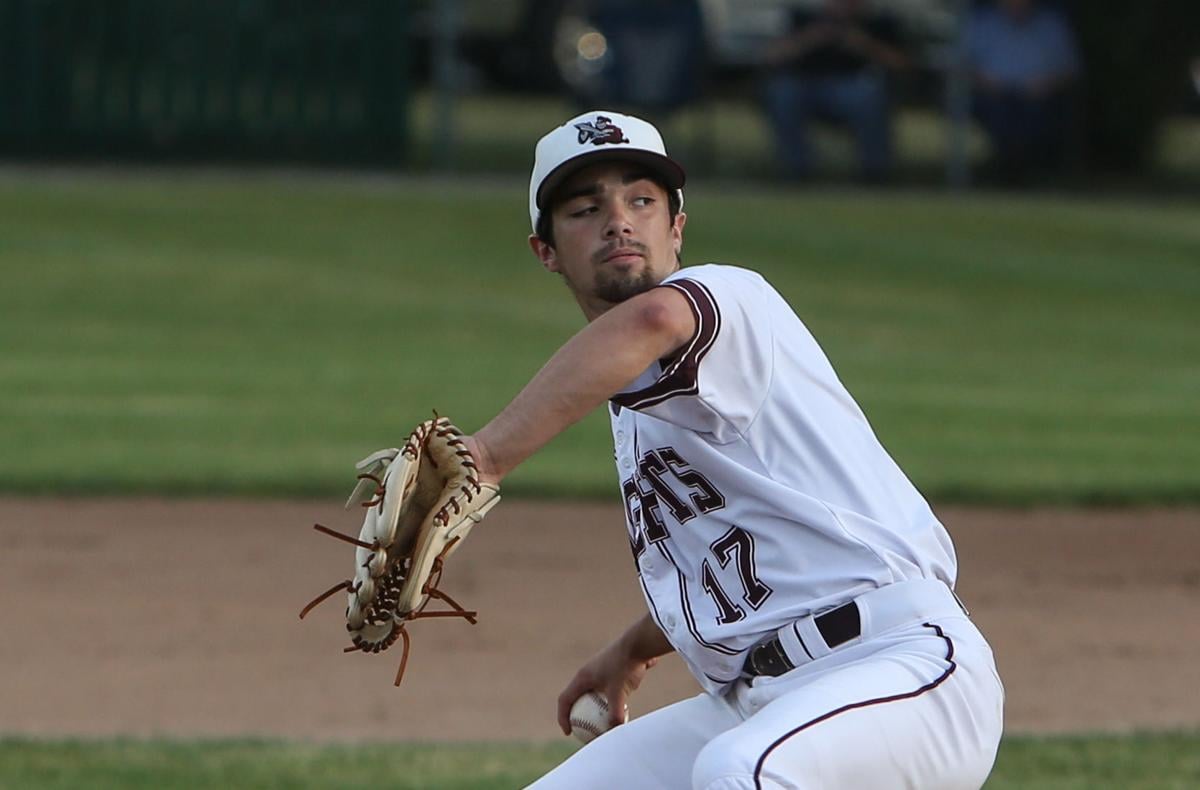 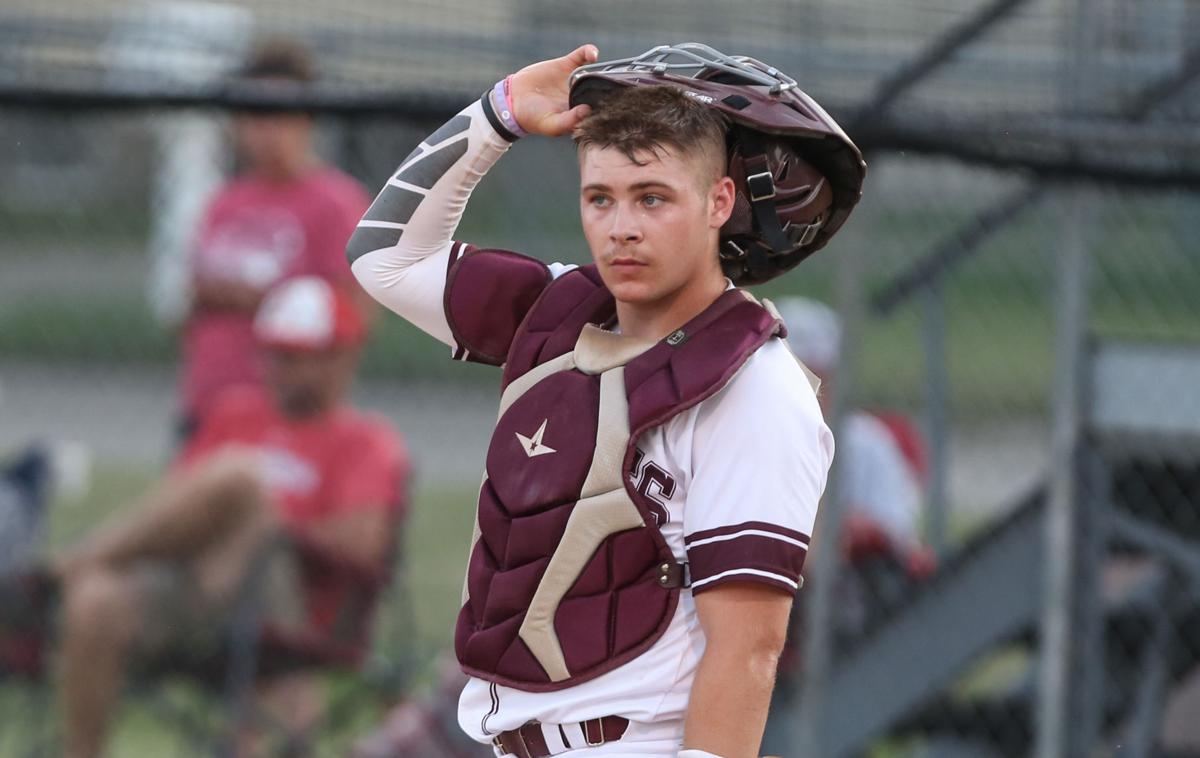 Newman Catholic's Max Burt steps behind the plate to catch against St. Ansgar in a Top of Iowa East conference game in Mason City earlier this season. Burt, the Top of Iowa East player of the year for the second straight season, was named to the Class 1A IPSWA all-state first team.

Its not just the winning tradition with a stretch of reaching the state tournament that spans a decade or the multiple state championships it has won.

It's how that winning is accomplished, with a pitching staff consistently churning out ace after ace and also getting some depth behind the dominant arms.

One could make the case that the 2021 version of the Knights collection of arms might be the deepest.

Through 15 games, there are five pitchers for the Class 1A top-ranked Knights that are undefeated and all of them have at least two wins. Only Max Burt hasn't thrown over 200 pitches amongst the group.

"I still think this group is a work in progress," Newman Catholic head coach Alex Bohl said. "We got a handful of guys that I can rely on to throw against anybody. I love the depth."

Sophomore Doug Taylor, an Iowa commit, as well as senior Cole Nelson and juniors Matthew Henrich and Elijah Brinkley all have an earned run average under 0.50.

The total number of earned runs that quartet has given up is three. All of them have walked under 10 batters so far, and only Taylor has registered more than 30 strikeouts.

"The opportunities are great," Brinkley said. "We're having fun, that's what baseball is all about. Taking it one pitch at a time, controlling our attitudes. We're just trying to do our jobs."

Burt, also an Iowa commit, Taylor, Henrich and Brinkley have opposing hitters baffled at the plate. They haven't allowed a lineup to hit better than .200 against them.

"We all know what we can do, we've done it before," Brinkley said. "When we have a good mindset, we can pretty much do anything."

The dangerous part? Only Nelson is going to depart the program next year. Nash Holmgaard, also 2-0, is a junior.

"We all throw our own different way, we all throw different pitches and each pitch looks different, we all have different arm angles," Henrich said. "That's why it tricks teams."

Brinkley was quick to mention that the leadership and multiple years of varsity experience that Nelson is equipped with has helped the other members of the staff.

"He's an awesome kid," Brinkley said. "He works hard and we all see that and it is awesome to learn from."

Taylor sat out the past week with an injury. That allowed pitchers like Henrich to step out into the spotlight, which the right-hander did against St. Ansgar on Friday.

He allowed five hits and paired his six inning outing with five strikeouts. He stranded runners in scoring position in four of the six frames.

Henrich and Taylor are the lone pitchers sitting at 3-0 on the season.

"When you're in those spots, you got to stay tough and get out of it," Henrich said. "You got to stay mentally tough and locate every pitch. We're happy to have the talented pitchers we have. We'll always be there to back them up."

Bohl admitted it was hard to say whether this collection of arms is as talented as the pitchers he's had at his disposal over the last handful of years.

He did feel like this group has the potential to get to where those teams of previous years got to, being crowned state champions.

"Each collection of pitchers is different every single year," Bohl said. "The thing I like about these guys right now is no matter who they're facing, they're going out and competing. We don't have a lot of guys that will blow you away, but we got a lot of guys that throw strikes.

Why are three undefeated teams ranked lower than they should be?

Newman Catholic Knights baseball took on the St. Ansgar Saints, beating them 11-2 at a game in Mason City on Friday, June 11.

WATCH NOW: Action from the bottom of the third inning between St. Ansgar and Newman Catholic baseball

In conjunction with River City Rugby, coaches for Mason City and Newman Catholic are hosting a fundraiser golf outing on Friday at Buffalo Run…

Very rarely does a baseball team have fiery post-game talk after winning four of the last five games by both domination and needing a little late-inning spark at the plate.

Newman Catholic's Max Burt steps behind the plate to catch against St. Ansgar in a Top of Iowa East conference game in Mason City earlier this season. Burt, the Top of Iowa East player of the year for the second straight season, was named to the Class 1A IPSWA all-state first team.