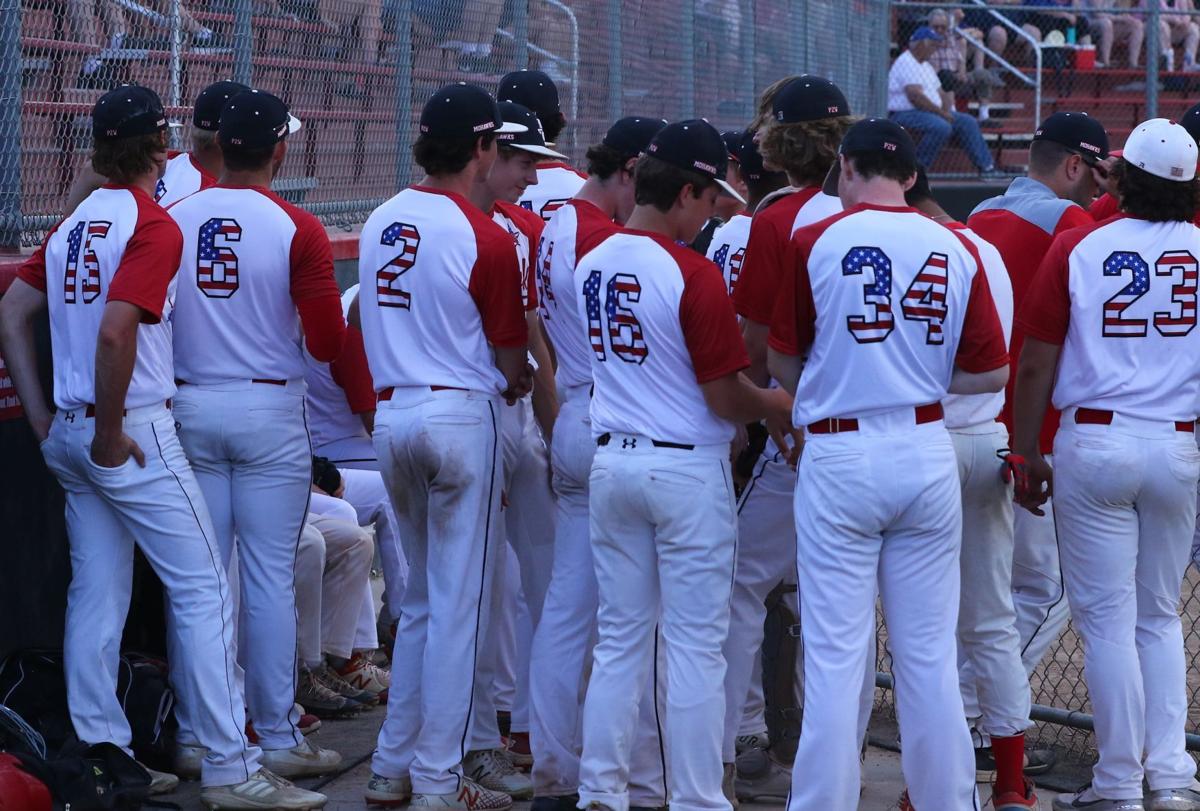 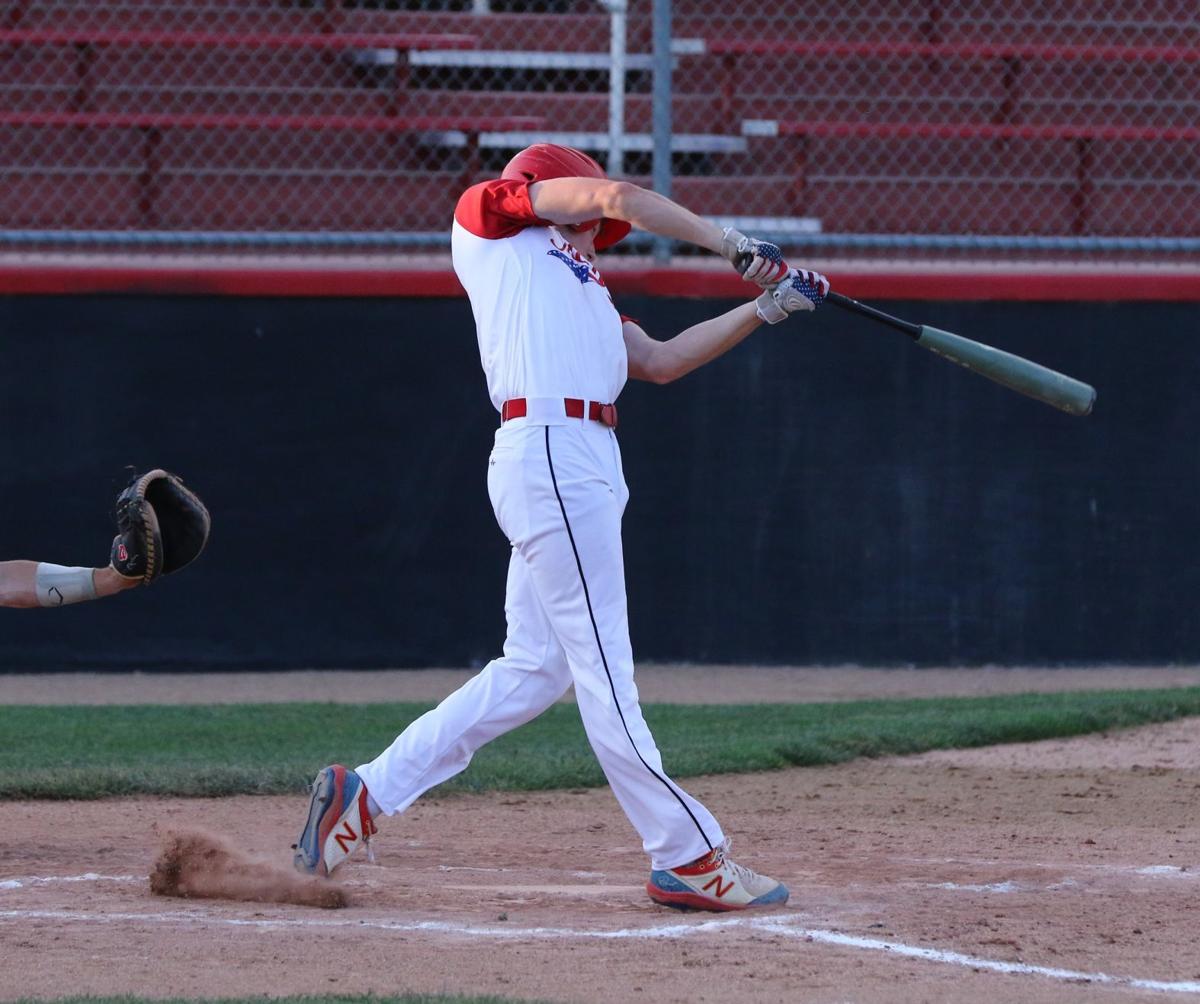 Mason City junior Carter Thomas connects on a pitch for a single from Decorah's Drew Snyder in the bottom of the first inning on Thursday, June 10 at Roosevelt Field in Mason City.

"Every single opportunity you get, you get 90 more feet," leadoff hitter and centerfielder Carter Thomas said. "As the 90 feet add up, that adds up to runs, that adds up to wins. We spend 15 minutes on baserunning everyday before practice. It is a mentality."

That mentality worked in bunches on Thursday night.

The Mohawks swiped 10 bases and scored four of their eight runs on either passed balls or wild pitches to defeat Decorah 8-6 on a humid evening at Roosevelt Field.

It's the sixth straight win for Mason City and seventh in its last eight games. It has plated at least eight runs in five of the six consecutive triumphs.

"Our team is power and speed," Mohawks head coach Troy Rood said. "We won that game on the bases, being able to take advantage. We take a lot of pride in that and you have to trust kids.

"We have a lot of green light guys."

Mason City (9-5) used the long game to erase a 5-1 deficit when Connor Dalen uncorked a hanging breaking ball over the left-center fence for a three-run bomb to bring it within one.

After the Vikings (7-3) added a run in the fifth to up their lead back to two, the Mohawks went to work on that philosophy.

Dalen drew a one-out walk then stole second and third which allowed him to score on a wild pitch. Kellar Malek and Cooper Wiemann each scored on wild pitches from pitcher Noah Storts to take a 7-6 lead.

"Sometimes you have to take a walk over a single," Thomas said. "One-through-fibe guys are veteran guys. The younger guys are starting to grasp a walk is a single. This is a very patient team."

Thomas scored all three times he reached base. Eight of the nine hitters in the lineup was on base at least once. Ben Pederson had the other RBI with a sacrifice fly in the first to put Mason City on the scoreboard.

Kaden Tyler earned the win on the mound for the Mohawks after relieving starter James Fingalsen in the fourth. Alex Gold pitched the final two innings.

Seven games starting with doubleheader against Fort Dodge on Monday make up the next week for Mason City. Rood admitted its pitching depth will be tested.

It plays eight twinbills to end the month of June.

"We have a lot of confidence, but we also tell the kids to stay hungry and stay humble," Rood said. "We really are about the process. Just show up to the ballpark and get better everyday."

With everyone back full-time, GHV turns into 'scary' team

Seventy-three at-bats were taken; 49 combined runs crossed home plate; 34 hits were made with 39 RBIs; the Warriors and Eagles combined for 24 walks and 12 hit by pitches with the former having 12 errors.

Mason City junior Carter Thomas connects on a pitch for a single from Decorah's Drew Snyder in the bottom of the first inning on Thursday, June 10 at Roosevelt Field in Mason City.