Less than three weeks later, the Lions earned a piece of revenge with a 13-3  win in five innings on Monday.

"It's one of the biggest wins these kids have had in a very, very long time," Clear Lake head coach A.J. Feuerbach said.

That is without question. July 8th of 2019 was the last time Webster City had lost a conference matchup, and the Lions put an end to that streak in dominating fashion.

You don't have to look extremely in depth to see the growth from Clear Lake baseball this season. Just looking at the schedule shows a 20-1 loss against Algona in late May and a 2-1 win against Algona in mid-June.

Now just one game back of the Bulldogs in the North Central Conference standings and with a record of 6-10 and 4-5 in the NCC, Clear Lake is trending in the right direction.

Perhaps most important is that they're doing it at the right time of the year with the postseason fast approaching.

What has made the difference in the huge turnarounds in those games?

When seeing the bunts that are laid down, the fouling off of pitches to keep an at-bat going, the trimming of defensive lapses, and most importantly the final score, the answer appears to be experience.

With plenty of freshman and sophomores getting significant playing time, six starters in Monday's game being in one of those two classes, those players are starting to understand what it takes to succeed at the varsity level.

"We're a really young team, so everything is so new to them," said Zeke Nelson, who had four RBIs in the win against the Lynx. "And me, coming from a different sport, mindsets were just a little different at the beginning of the season. Now we're locked in, and the more you see the more you learn."

It was the second most runs Clear Lake has scored this season, and it was by far the most it has scored in a Jett Neuberger start on the mound.

With a seven run first inning and a five inning win, the Lions were happy to give their lone senior the support that he hasn't always gotten this season.

"He deserves that," Feuerbach said. "That's always our goal, to give him that much help. It just takes the stress off of him. For us to put it away like that, that was just fantastic."

Feuerbach talks about having a specific mindset at the plate where you understand what your plan is. The team emphasizes putting the bat on the ball with two strikes and not striking out. Although Feuerbach acknowledges that the team still has their moments, he believes his players are considerably better in their approach.

Striking out just six times on Monday, with 12 hits coming offensively, the small-ball approach worked effectively with multiple successful bunts to go along with the louder cracks of the bat.

Before this week, Clear Lake suffered a loss against Red Oak. A loss is a loss, but in the context of this season for Clear Lake it was a very good one.

"We've taken some lumps, been kicked around, but we've also had some tight losses," Feuerbach said. "We had one hit and committed four errors. Earlier in the season we would have been smoked. I told them that's the maturity and the growth from having that 'get better' mindset every day." 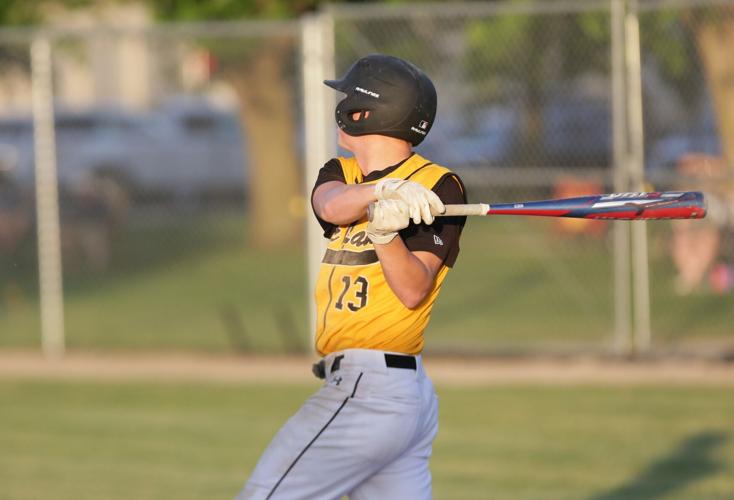 Titan Schmitt bats during the Lions' 13-3 win over Webster City on Monday at Lions Field. This marked the Lynx's first loss in the North Central Conference since July 2019. 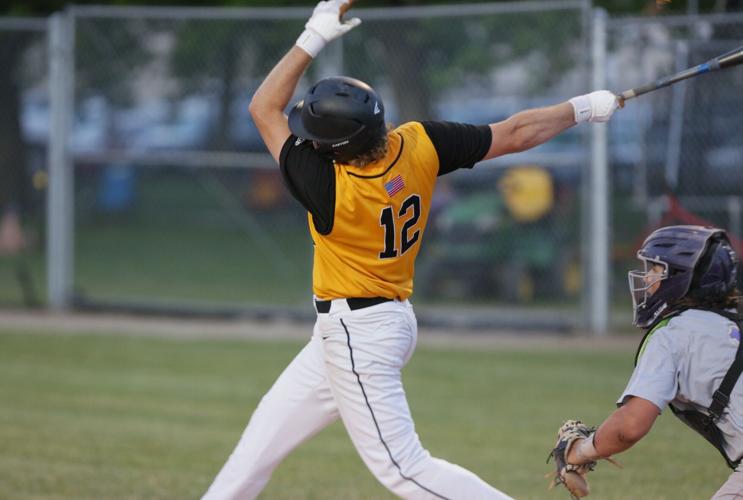 Senior Jett Neuberger connects with a pitch during the Lions' 13-3 win over Webster City at Lions Field on Monday night. 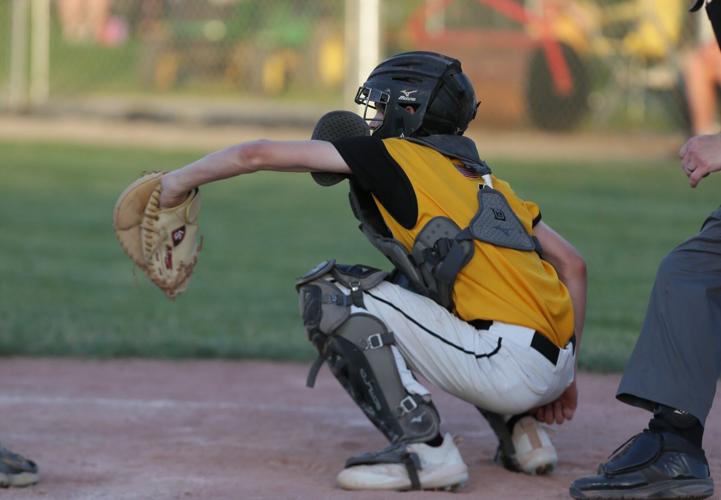 Sophomore Hudson Smith receives a pitch during the Lions' 13-3 win over Webster City at Lions Field on Monday night.