The National Hole-in-One registry claims that the odds of making an ace on all four of your local course's Par 3 holes is nearly 10 million to 1.

But, after Kerry Stripling's ace on hole No. 3 at Highland Park Golf Course during a one-man best shot a couple of weeks ago, Mason City now has two golfers who have accomplished the feat.

Both of them have done it at the same course.

"I didn't think it would ever happen," Stripling said. "Hole No. 3 was my last one to get. I've had five out here, and every one you think is going to be your last one, because it's luck.

Stripling has had nine total aces, with six of them coming at Highland after his most recent ace in September. That includes a stretch in 2018 in which he made two in one week.

He joins Tim Swyter as one of only two golfers who have accomplished the feat in North Iowa. Swyter says he's happy to share the title of luckiest golfer in Mason City with Stripling.

"I think it's great," Swyter said. "My thoughts are the same way. I love to see people get a hole-in-one, because I've got my share."

Stripling, now 64 years old, didn't play much golf as a boy growing up in Lu Verne. But when his father and eight other farmers built Spring Valley Golf Course in Livermore right after he graduated high school, he couldn't resist playing.

In his adult life, he bounced around for work, spending three years in Davenport, 10 years in Perry, 11 years in Duluth, Minnesota, and three years in Champaign, Illinois, before finally settling down in Mason City for the past 18 years.

Golf has always been a way for Stripling to socialize, meet new people and stay active. Now retired, he spends every day that he can out on the course. His favorite partner is his wife.

"I'm just an average golfer, I'm not any good," Stripling said. "I can't keep up with the big guys out here, but my wife would say that everything I do, I'm competitive."

Stripling spent many years in Mason City as a member of the Mason City Country Club. Only recently has he began playing as a member at Highland Park.

What's amazing is that all six of his aces at Highland have come within the last four summers. Some golfers will spend their whole lives playing without ever recording a hole-in-one.

But Stripling says it has much more to do with chance than it does skill. He affectionately calls himself, "A hack."

"To be honest with you, you figure out what club you need. The wind, the yardage and stuff like that," Stripling said. "Everybody does that. After that you just put a good swing on it, and it's all luck after that."

Despite Stripling claiming it's luck, there is a little bit of skill to his craft. His friends claim he can make a par from almost any situation with ease, like it was never a big deal.

His license plate on his truck reads "HO HUM," in reference to the simplicity of how he makes tough shots look easy.

He demonstrated it on Thursday at Highland.

After missing the fairway to the right on a tough par 4 that dog-legs hard to the left (hole No. 5), Stripling went with driver off the deck from 200 yards out underneath over-hanging trees in his path.

He ended up just left on the fringe of the green.

No big deal. Or, "ho hum" as Stripling says.

If you want to meet Mason City's hole-in-one specialist, just show up to Highland Park mid-day. Chances are, Stripling will be around.

He might even let you join him during his round.

"This is the game that you can play by yourself or you can play with friends," Stripling said. "You don't have to have a bunch of people to go out and have fun.

Tim Swyter has made a hole-in-one on all four of Highland Park Golf Course's par 3s. The odds of achieving that? 10 million to 1.

The Mason City boys golf team has seen a drop in scores from last year to this season. The Mohawks will compete at the district meet on Tuesday. 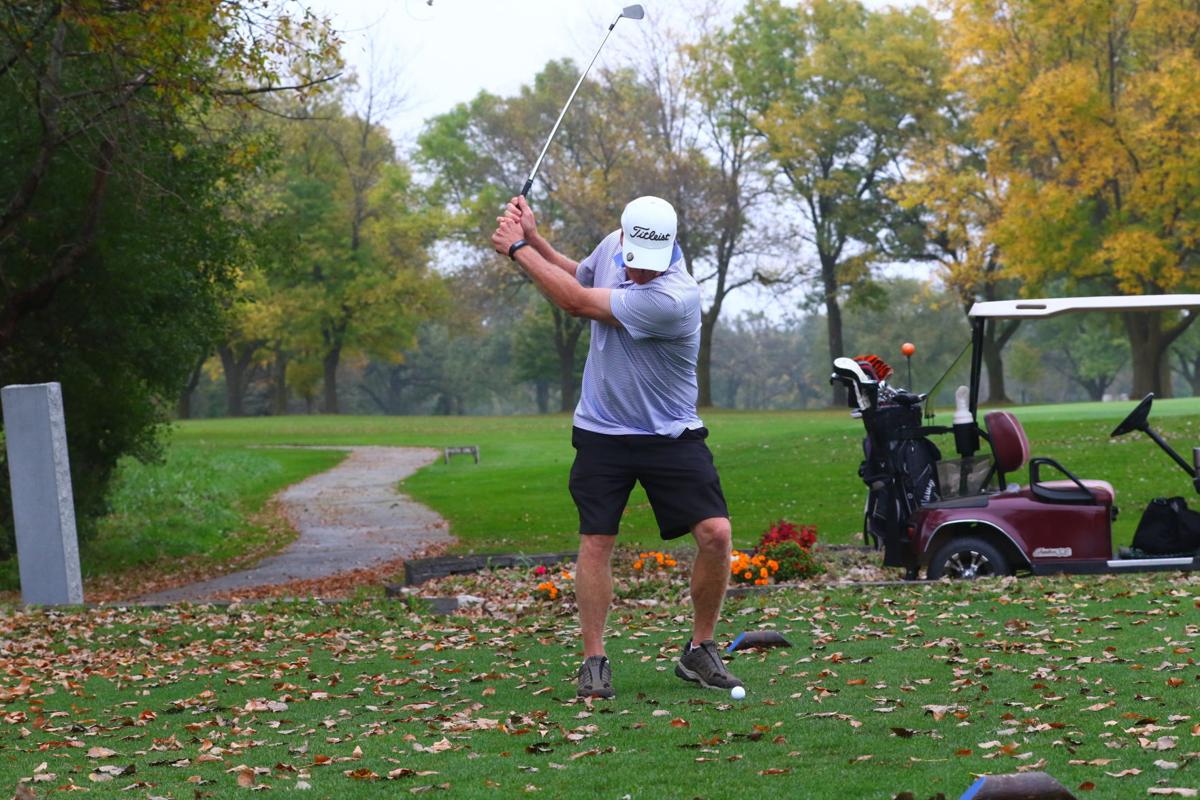 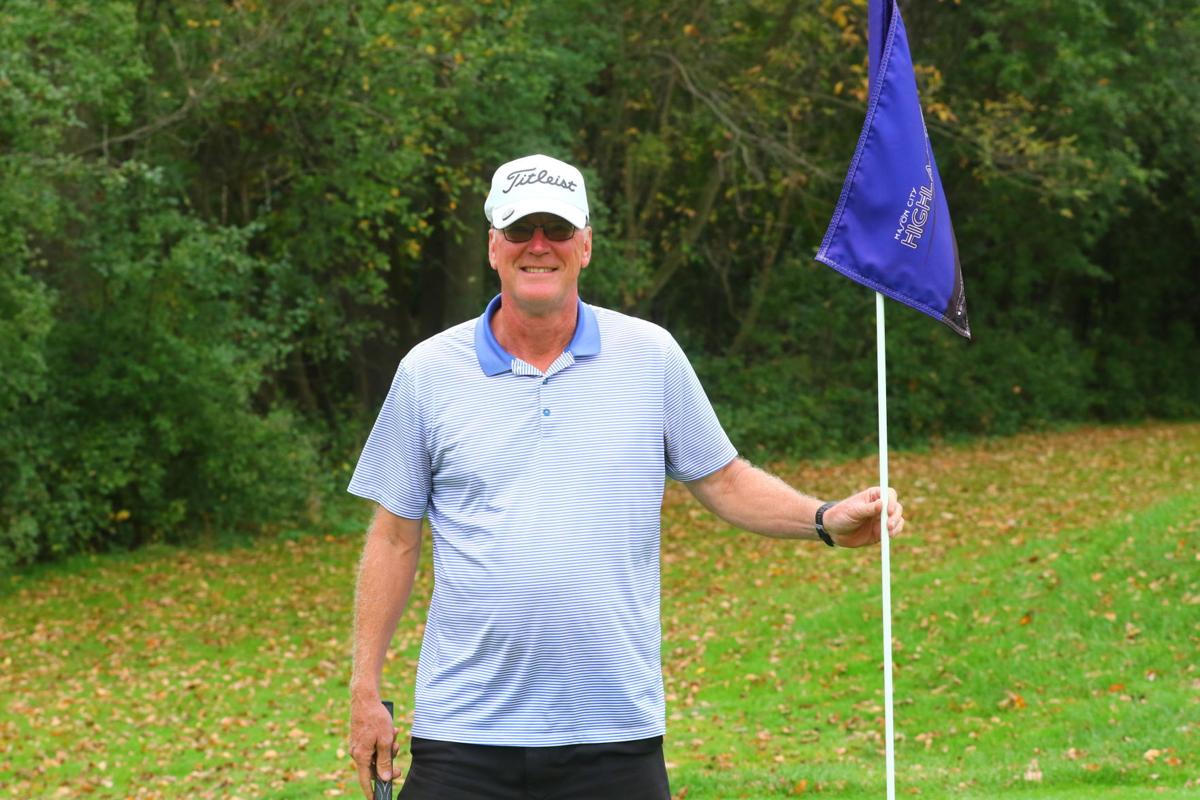 Kerry Stripling stands with a flag at hole No. 3 at Highland Park Golf Course. 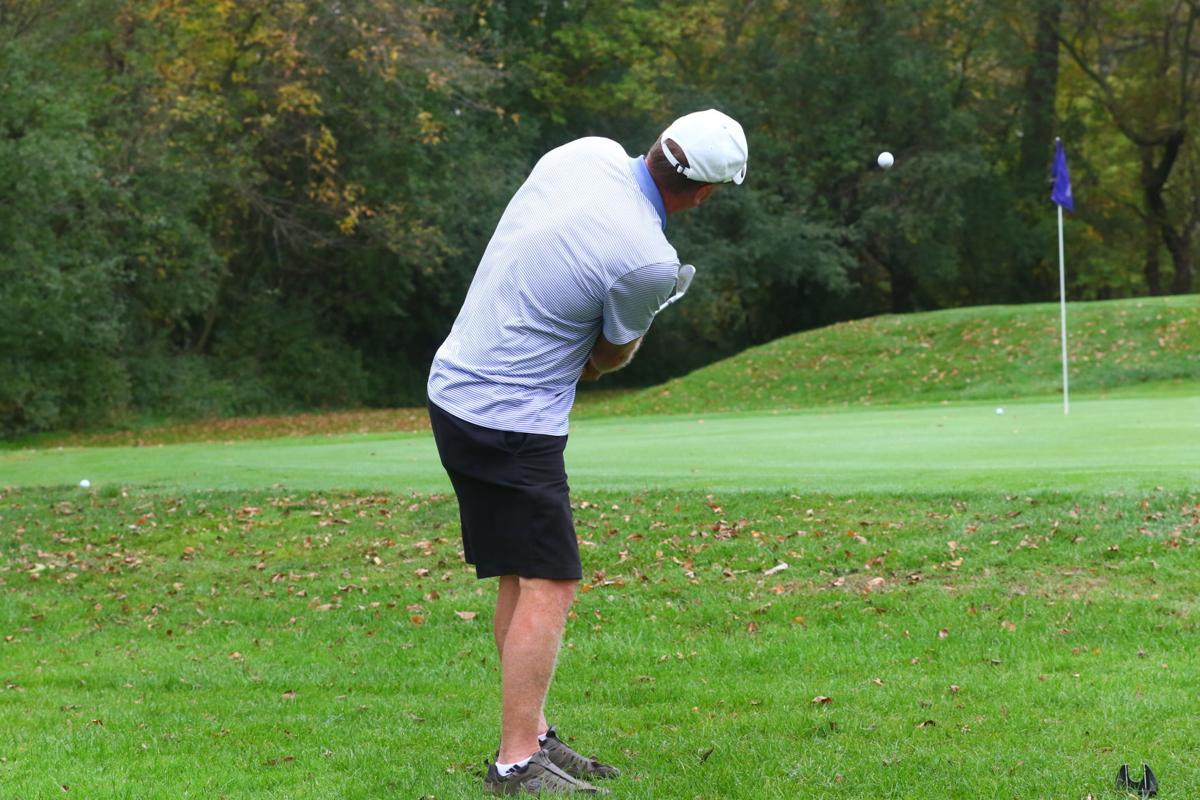