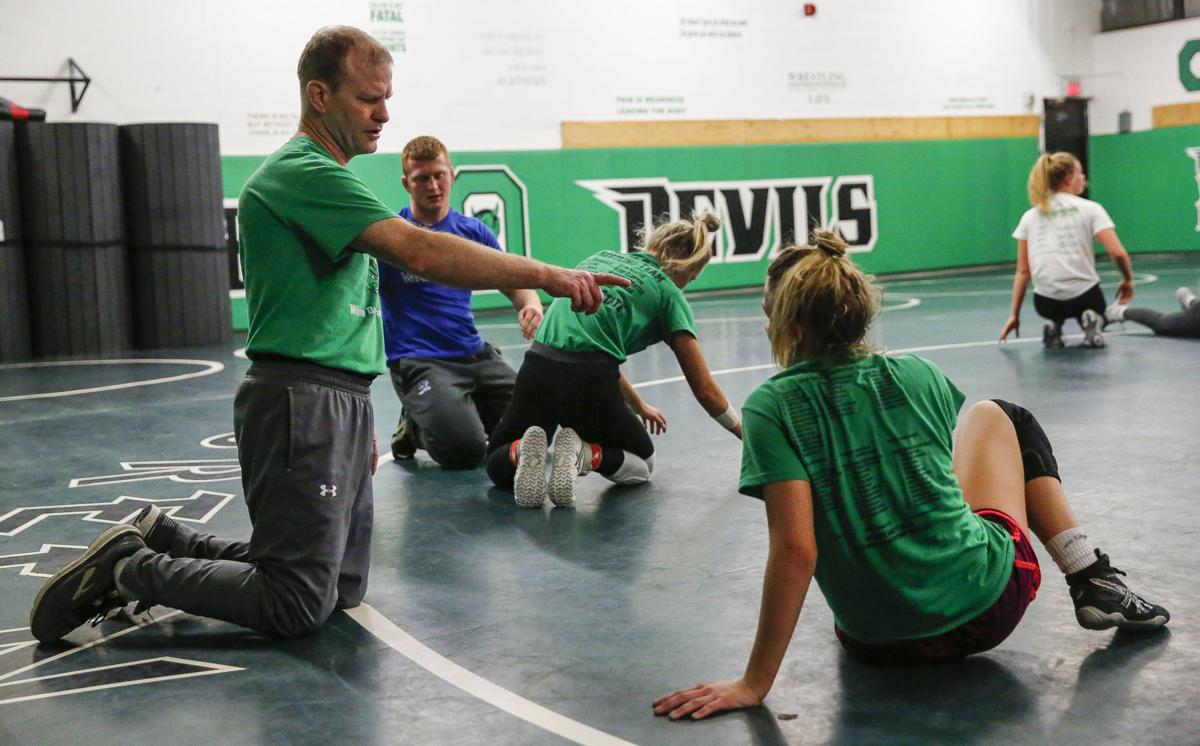 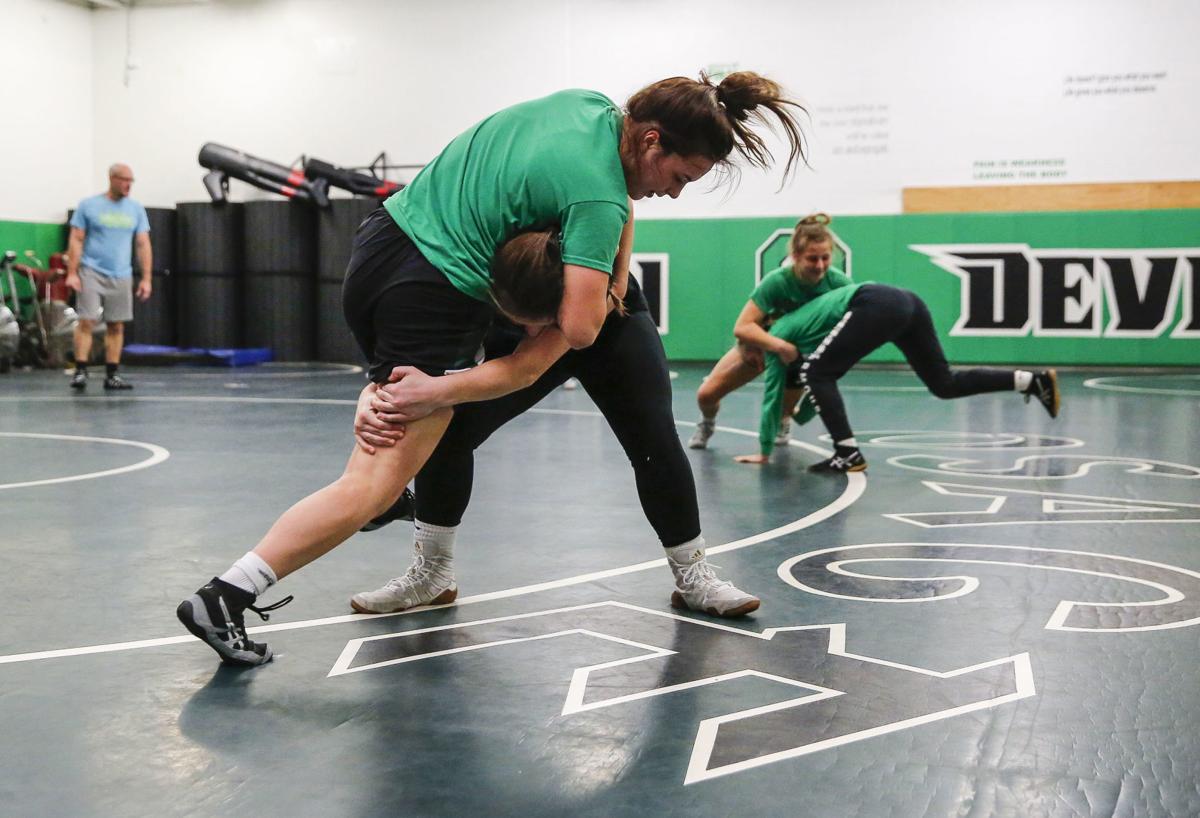 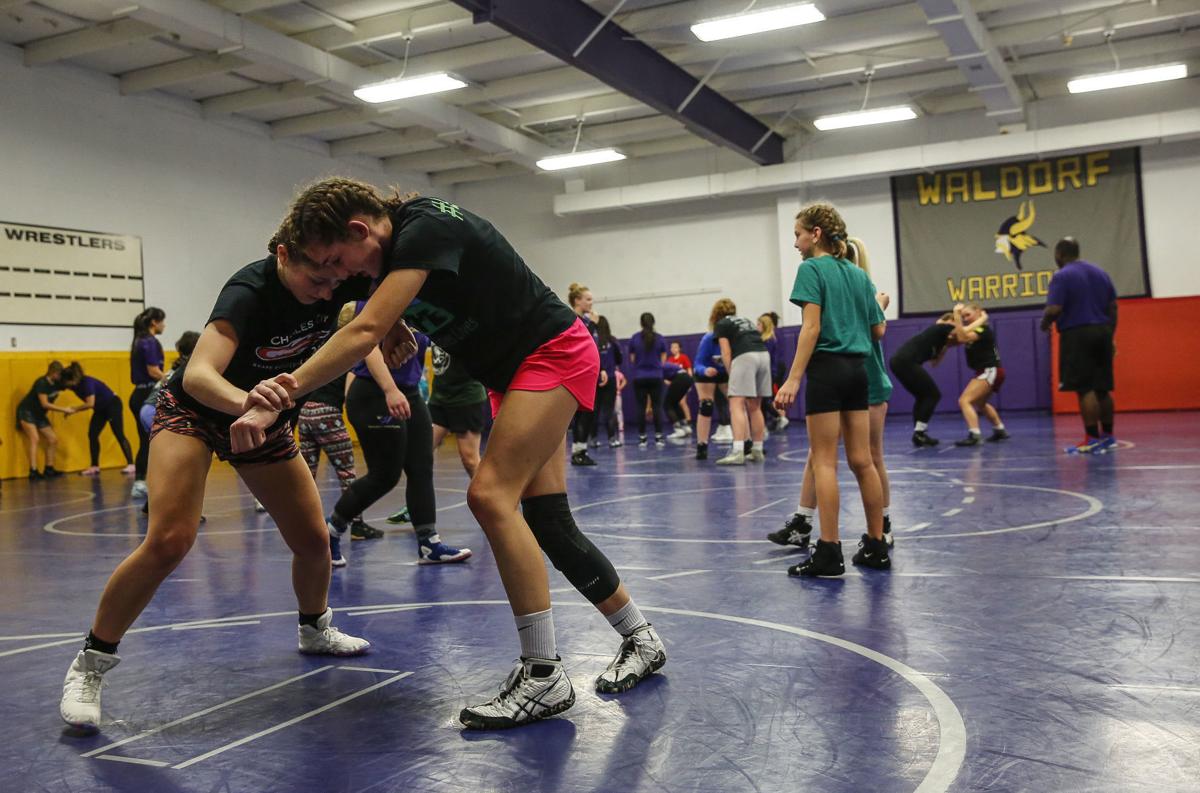 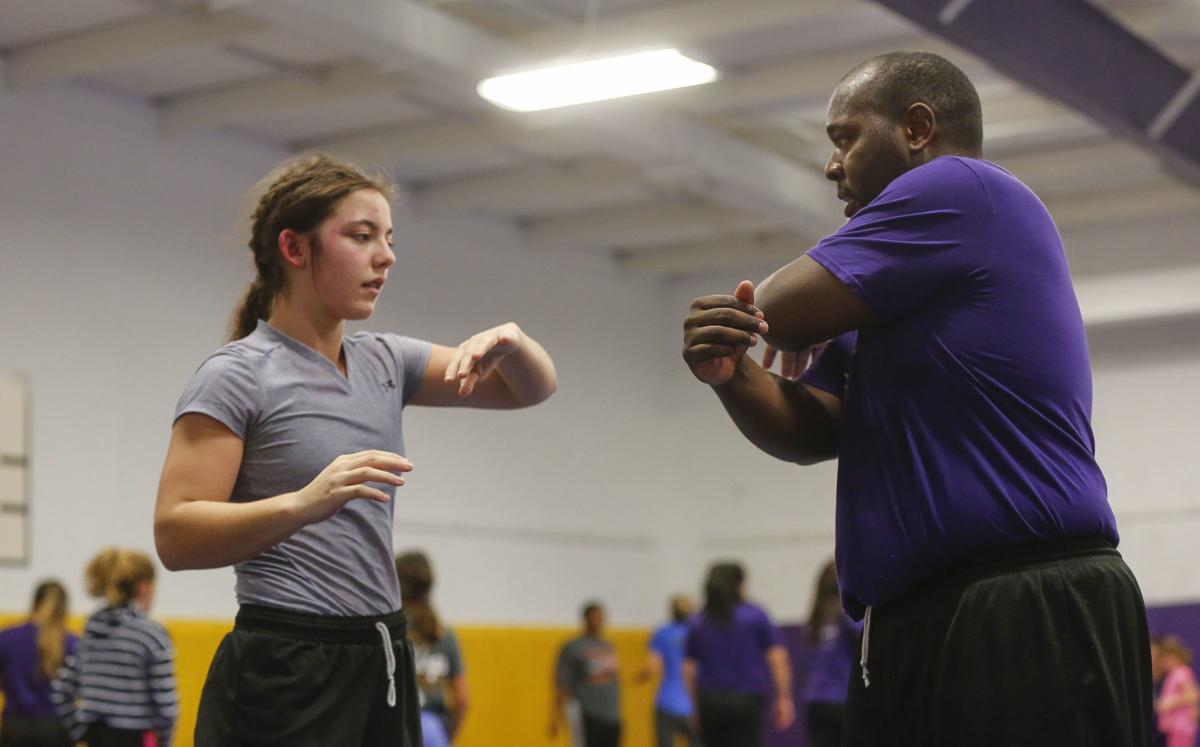 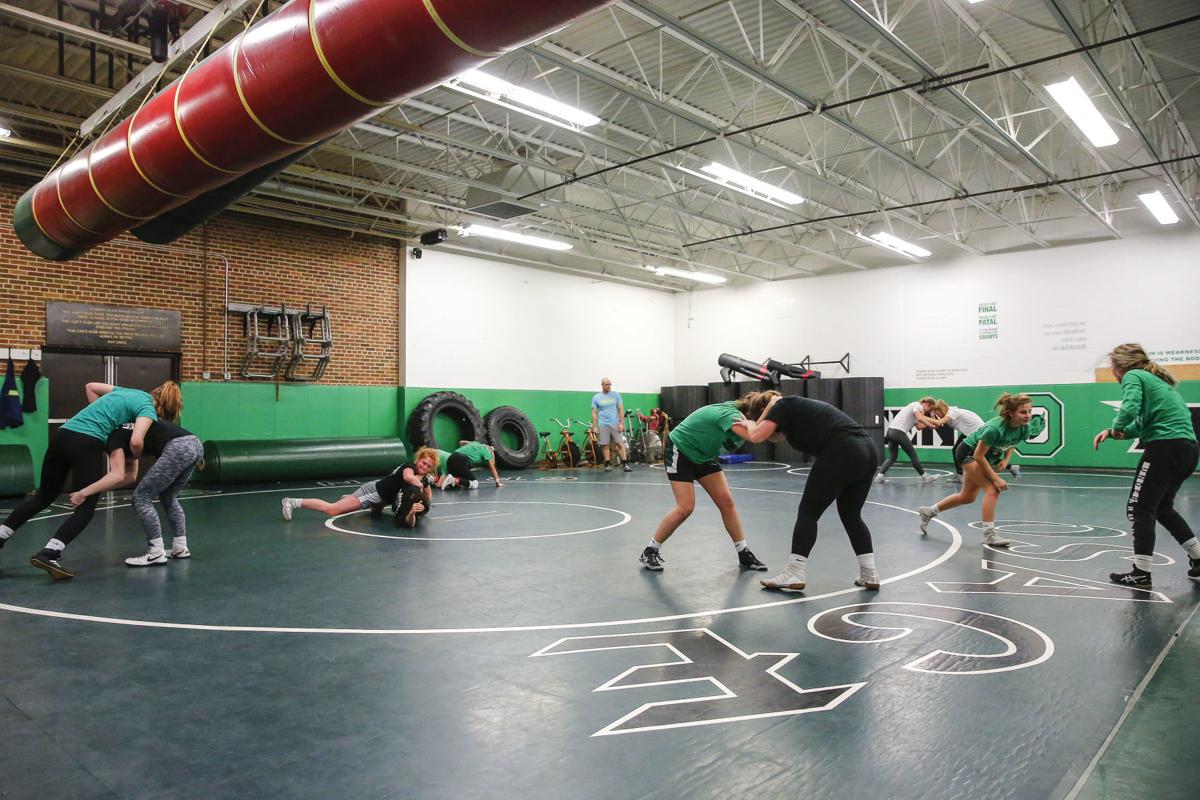 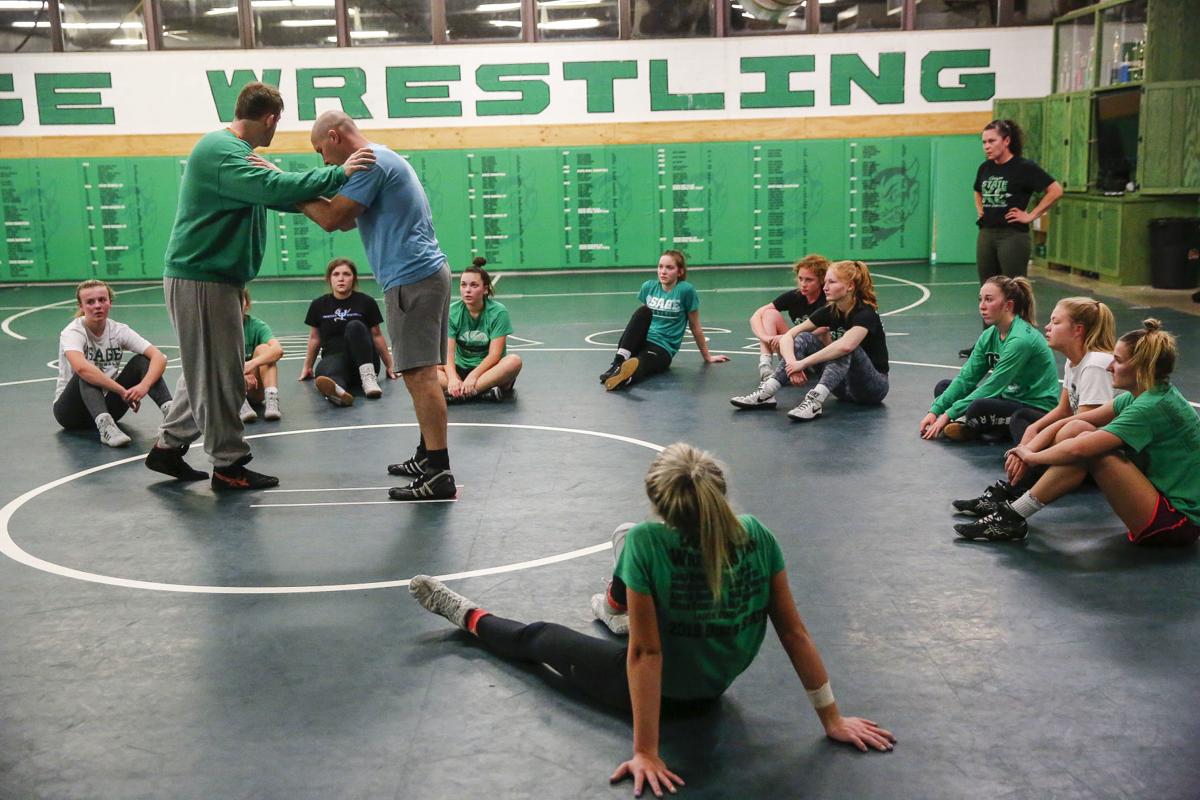 As the debate continues between Iowa high school wrestling programs and the Iowa Girls High School Athletic Association about sanctioning girls wrestling, North Iowa coaches continue to operate as though it will happen all in due time.

Nationally, the number of males competing in the sport, while steady, had dipped at times over the last several years.

The numbers that have been growing, however, are girls participating in wrestling. That number has increased for the last three decades.

Osage and Charles City high schools have each seen the number of girls joining their wrestling teams grow in the last two years.

As with any sport, the job of coaches and athletic associations alike are to keep participation and interest in sports on the rise to promote sustainability and fair competition.

Enter the debate in Iowa, where one side demands proof of sustainability, while the other begs for sanctioning as a catalyst for growth.

In 2019, five state athletic associations in the country held votes to sanction girls wrestling and set dates for official state championships. According to the National Federation of State High School Associations, of those states, Iowa has a larger number of girls participating than four of the five states.

The IGHSAU's process of sanctioning a new sport requires that 15 percent of school districts, about 50, commit to supporting a team. Union officials have stated that, while schools have offered their support of sanctioning, their actual level of commitment falls short.

"I think we would have 50 if they would sanction it," said Osage wrestling coach Brent Jennings. "I don’t think there would be any problem getting to 50."

Suddenly, a coach's job becomes not only recruiting girls within your district to join the team, but networking with other coaches to help build up the programs surrounding their own.

Charles City wrestling coach Rob Pittman said he and other coaches are doing their part to grow the sport.

"All the guys that are coaching girls, we are networking like none other," he said.

For Pittman, though, it comes down to more girls doing it, and more girls seeing them do it.

A single female wrestler, Ciana Sonberg, who wrestled on the boys team a few years ago, helped draw interest from other girls at school, Pittman said.

“All these kids kinda grew up seeing her wrestle," he said. "She was our only female on our team. I think that kind of helped inspire some of them a little bit.”

“The phenomenal job our wrestlers did last year helped get our numbers up. We’ve got a great young group of kids that are coming in," Pittman said.

Coach Jennings has also been proactive in growing the sport, hoping to give girls the same opportunity to compete as boys.

"We knew we would have to have several of us do it if we were able to compete and have that opportunity for girls to wrestle, so it's nice having that networking with other coaches, to say ‘yep, you’re going to do it, we’ll do it, too,'" he said.

Jennings suggested that financial considerations, among others, can be a sticking point for schools as they weigh their support before an official ruling.

Things like buying uniforms and travel expenses may seem trivial. But, those costs can be overwhelming when you consider how far a team may have to travel in order to compete with another school if those opportunities are few and far between.

“I think the challenge is, for example, I have the coaching staff now to handle it," he said. "It’s nice and they’re willing to do it. Not every school has that."

For now, Jennings is working toward the goal while expressing patience.

"We’re trying to get ahead before they sanction and have a team ready. So when we step on the mat, and they do sanction it, we’ll be ready to compete," he said. “I think it's going to happen. It's just a matter of how long it takes us to get to that point.”

Pittman said allowing girls to wrestle is not just about having another option for girls during winter sports, although it certainly helps.

"At our school, volleyball is a huge female sport," he said. "In the fall it’s volleyball and cross country. And then, in the winter, girls only have one option, basketball.

"It is great to boosting confidence of the young women we have in Iowa. Almost every kid I’ve coached so far, that is the number one thing that they say. 'I feel more confident in myself and what I’m able to do.'"

Jennings said he thinks it is important to include girls in wrestling.

"I think it’s the right direction. I think it’s going to help wrestling in general nationwide," he said. "Some day, these girls will be mothers of both boys and girls and they'll understand the sport a little better, whether they’re parents or fans, and get behind it a little more and promote from within, and I think that’s going to help.”

Osage freshman Melanie Bye shared her coach's vision for the future of the sport.

"We’ve already had girls in our school that want to join and are like ‘get me involved’ and I’m sure they will be out next year or even this year," she continued. "But I think it’s just a follow the leader type thing. Right now we’ve got people leading and in the next couple of years, more and more will come out.”