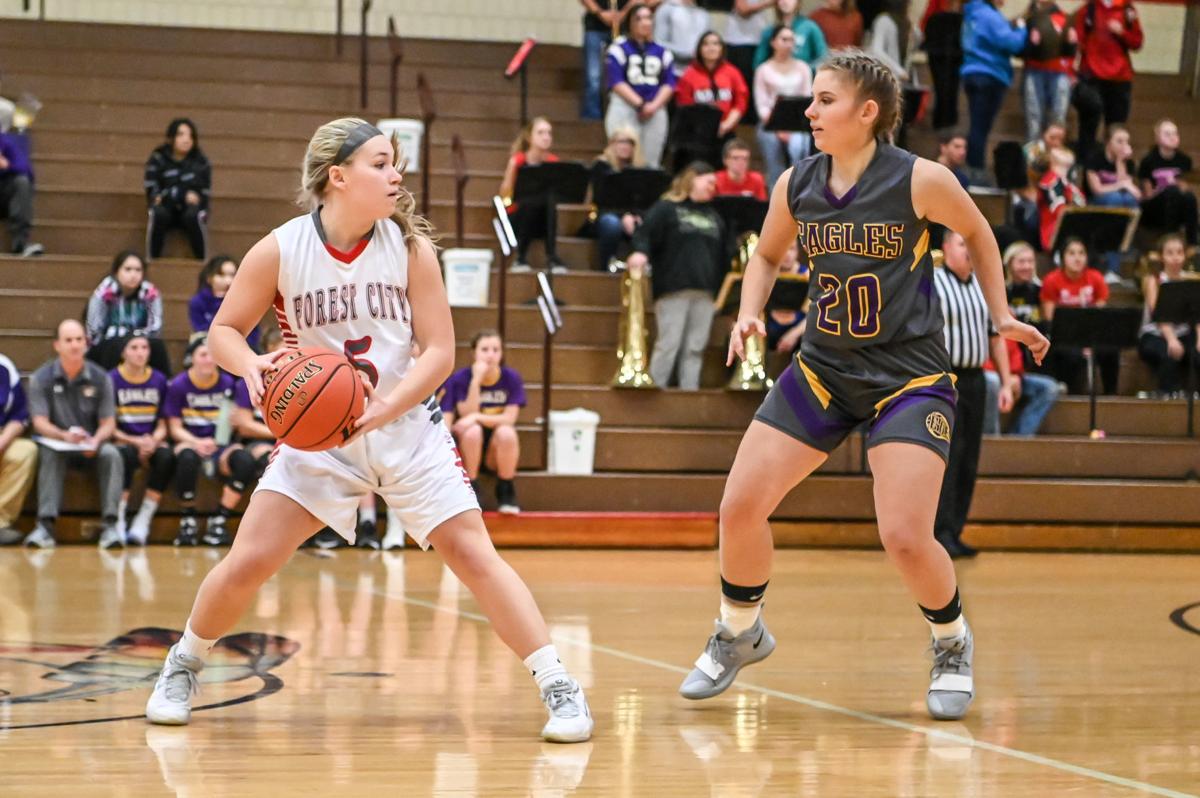 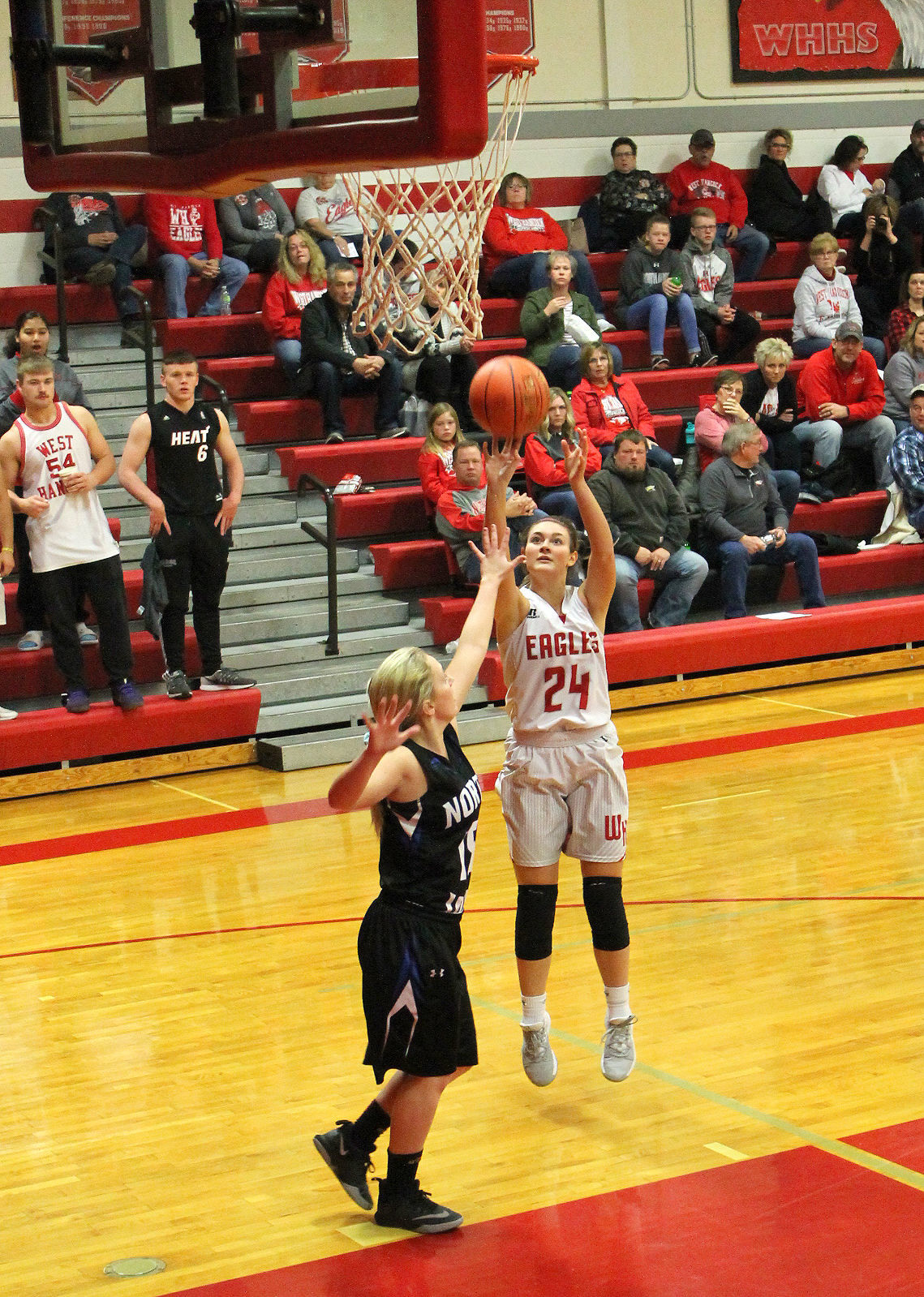 West Hancock's Shae Smith puts up a shot in the Eagles' 88-18 win over North Iowa on Dec. 17 in West Hancock.

Next week will be a quiet one for North Iowa sports, as players and fans take a step back from workouts and school for their holiday breaks.

Before that, though, there are several exciting match-ups taking place on Friday night. The best one is between two undefeated Top of Iowa teams, as the West Hancock girls take on Forest City in the Globe Gazette Game of the Week.

Both teams have dominated the competition for most of this season. On Tuesday, West Hancock crushed North Iowa by a score of 88-18, as the Eagles held the Bison to just seven total points in the second half.

Forest City's most recent game was also against North Iowa, a game that the Indians won, 51-18.

This year, the Eagles' average margin of victory is just over 34 points, while the Indians come in at 25.

Both teams are operating at the top of their games. Rachel Leerar is leading the Eagles with 133 points. Amanda Chizek has a team-high 65 rebounds so far.

For the Indians, Shae Dillavou leads with 13.8 points per game, shooting an impressive 58 percent from the field. Dillavou is also second on the team in rebounds, with 29.

The key factor in this game will be Leerar. After leading the Eagles all the way to the state finals last season, Leerar has gained respect around the Top of Iowa conference, and the state, as a top scoring threat. This season, under longtime West Hancock head coach Paul Sonius, Leerar is averaging 19 points per game, third among area players.

Expect to see some fireworks on offense, as both of these teams love to shoot the ball. The Indians are a bit stronger on defense, having allowed at least 30 points just once all season, while the Eagles have won several games while allowing more than 45.

Even with Forest City's ability to shut down the opposition's offense, at No. 2 in the state in Class 2A, the Eagles are the favorite to get the victory. That could all change though, if the Indians are able to get in Leerar's face and stop her from getting her usual buckets.

Prediction: Leerar will lead both teams in scoring, as the Eagles remain undefeated going into the break. This week, for the first time ever, I am going to predict an overtime game. It will go down to the final minute, as a prolific offense takes on a solid defense for bragging rights, and the right to stay perfect for a few more weeks.

A lot has changed this week in the new AP boys basketball poll. In Class 3A, every team changed position, and Norwalk leaped from No. 8 to No. 1.

With just 4 seconds left in the game and his team behind by a point, Garner-Hayfield-Ventura coach Jake Young knew that if the Cardinals got t…

Jakob Washington had a good start for the West Fork boys basketball team in the Warhawks’ game at Newman Catholic on Friday night.

For Emma Grimm, her performance a season ago simply wasn’t good enough. Competing as a Charles City Comet in her first season of wrestling at …

If you like basketball and you happen to live in North Iowa, now is the time to really start getting invested in a local team. The playoffs ar…

In typical quiet and understated fashion, West Hancock star running back Tate Hagen finally decided on his next step. In a social media post o…

West Hancock's Shae Smith puts up a shot in the Eagles' 88-18 win over North Iowa on Dec. 17 in West Hancock.