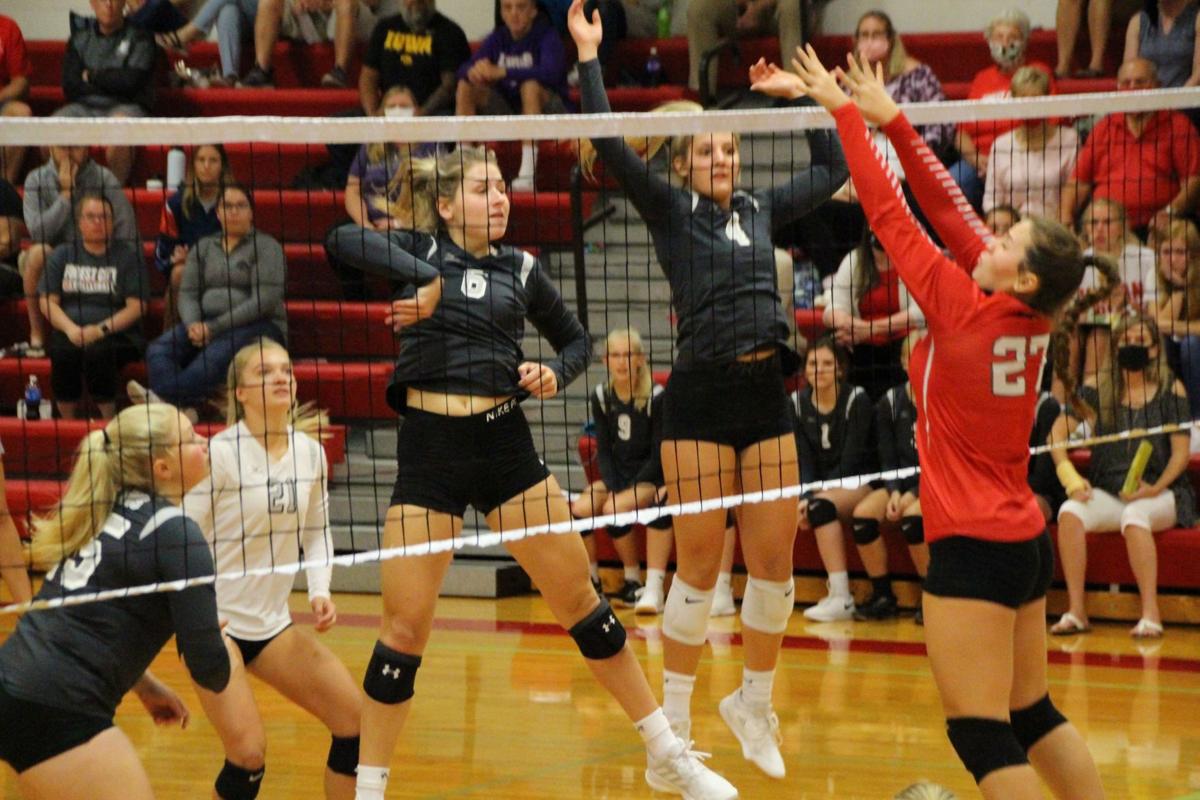 Forest City's Regan Helgeson (6) and Shae Dillavou (4) go up for a block against West Hancock's Ann Horstman on Tuesday night in Britt. 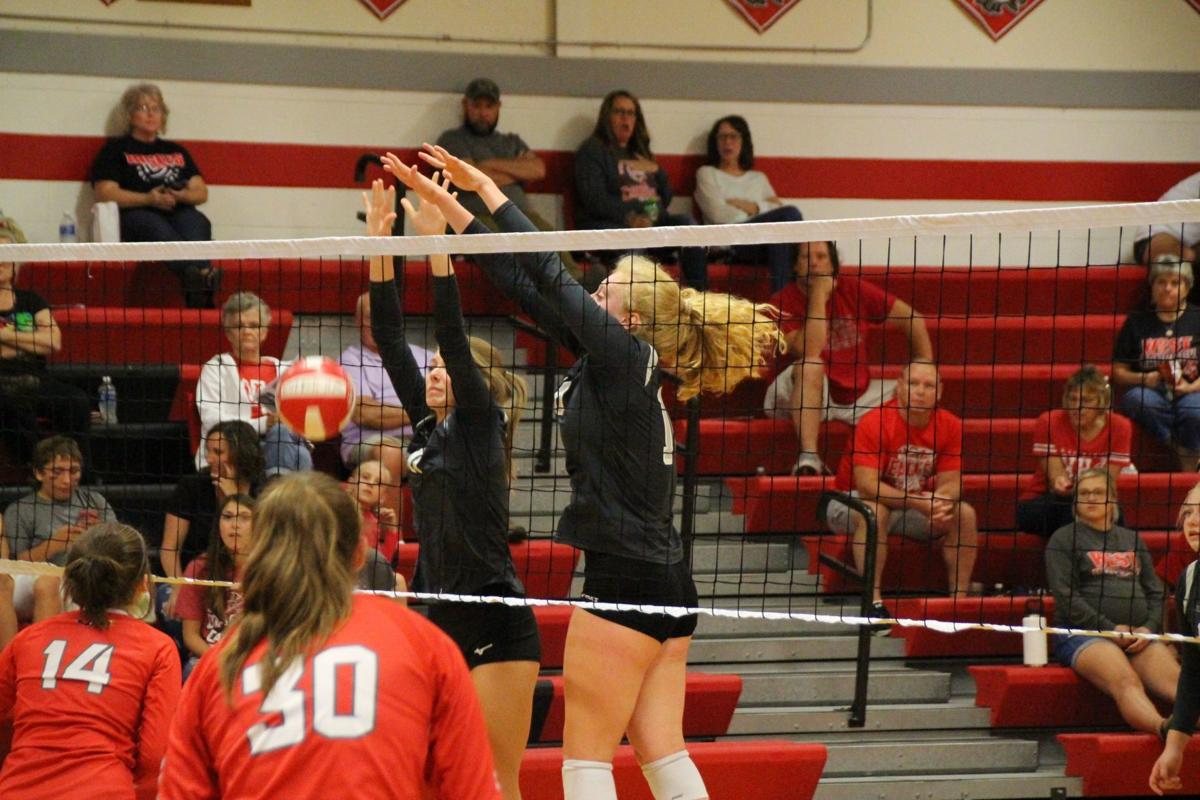 The Forest City front line goes up for a block against West Hancock on Tuesday night in Britt.

After a challenging, but educational, weekend of volleyball at the Osage Tournament, the Forest City volleyball team went into Tuesday night's match against West Hancock with an extra dose of confidence.

The decisive victory was a boost for the team after a tough Saturday in Osage. Going into the Osage Tournament, the team held a perfect 4-0 record. In five matches, the Indians faced three ranked teams,  including Cedar Falls, the No. 1 ranked team in Class 5A.  The Indians dropped four of those games, their only win on the day a 2-0 victory over Charles City.

Though the results in the win column didn't look too pretty, Indians' head coach Lacy Jerome said the experience was valuable for her team.

"We learned a couple really great things about ourselves at that tournament," Jerome said. "It wasn't in the win category, but we walked away with some really good things. We set a new bar for ourselves and have higher expectations. We had tonight, and we have a tournament this weekend as well, so it'll be fun to see where we measure after a weekend of good teams."

While their eye is now on this weekend, a big win against West Hancock was a nice way for the Indians to get back into conference play. The team is now 5-0 against Top of Iowa opponents.

"We took a lot out of the weekend, and we brought it here tonight," Dillavou said. "Our defense took a step up after playing (three) ranked teams this weekend. We're just trying to bring that back to our own conference and dominate tonight."

The win on Tuesday improved Forest City to 6-4 on the year, while West Hancock fell to 2-11. The Indians will compete at home on Saturday in the Forest City Tournament.

There is a fire burning under the St. Ansgar volleyball team this year.

Forest City's Regan Helgeson (6) and Shae Dillavou (4) go up for a block against West Hancock's Ann Horstman on Tuesday night in Britt.

The Forest City front line goes up for a block against West Hancock on Tuesday night in Britt.