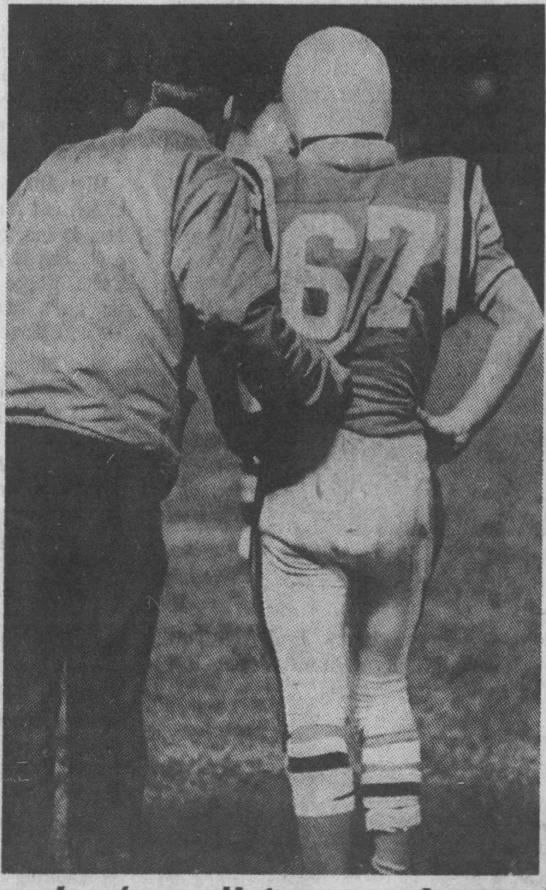 Eldean Matheson talks to Mason City's Dan Davison during a game against Fort Dodge on Oct. 8, 1971. 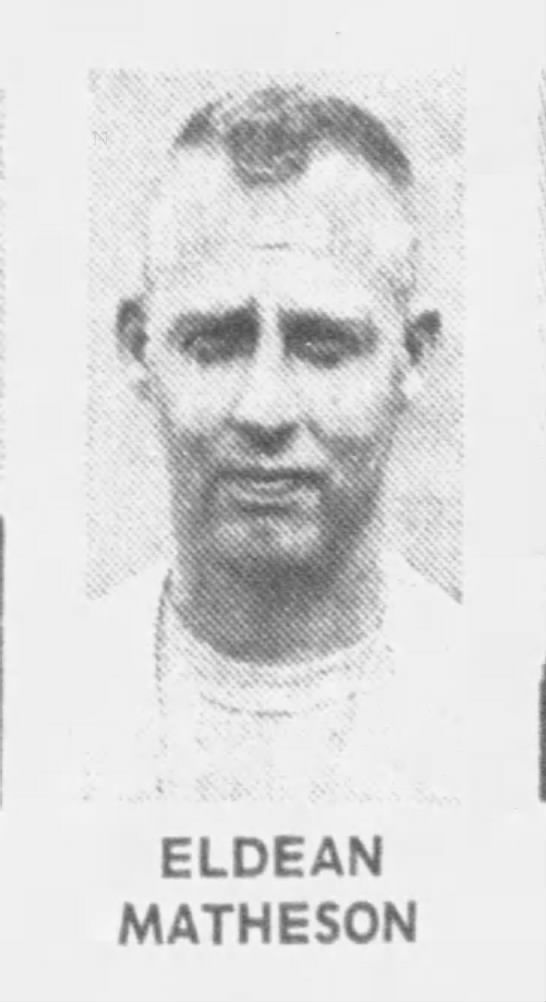 Eldean Matheson was the head coach of the Mason City football team from 1967-1975, and also served as an assistant track and field coach for several years.

There are certain names that are synonymous with the schools at which they taught or coached for decades. Bob Hilmer at Forest City. Bob Sanger at West Hancock.

Matheson was the head football coach of the Mohawks from 1967 to 1975, compiling a 39-33-3 overall record. He also coached two players to state championships in the discus in track and field, and in September, Matheson will be inducted as a member of the 2020 Class of the Mason City Athletic Hall of Fame.

“I was exceedingly excited,” former Mason City discus thrower Scott Crowell said. “It was fantastic to hear, much deserved. He is a fantastic person, and was a wonderful coach. I was excited that he will get this honor.”

“He was the one I worked with all those years,” Crowell said. “It was the most special time. I had other state championships and Drake Relays and stuff but setting the record was by far the most enjoyable.”

When the moment happened, Crowell remembers the cheer that went up from the crowd as the officials went to find a measuring tape long enough to measure the record-setting throw.

“He was pumped, and he couldn’t believe it,” Crowell said of Matheson. “We gave each other hugs, and it was just a special time overall.”

Tom Randall played football at Mason City under Matheson, graduating in 1974. He remembers his old coach as someone who had a lot of credibility with the players, as a former college football player. Matheson played halfback for the University of Iowa and graduated in 1956, so his words carried a lot of weight.

“He was a likable guy,” Randall said.  He didn’t operate out of fear. We all wanted to do exceptionally well for the coaches and our teammates.”

Randall, who was also a Mohawks' basketball star, was a starter for just one year under Matheson and offensive line coach Ed Lenius, but earned a spot on the All-State First Team, went on to play for Iowa State, and later the Dallas Cowboys and Houston Oilers.

Randall saw some action on the field against the Pittsburgh Steelers in Super Bowl XIII, but gives credit for his football start to his coaches in Mason City.

Before his time as Mason City’s head coach, Matheson compiled a 15-1 record in two seasons as the head football coach at Waverly, and then took over at Mason City when head coach Paul Strathman stepped down to take the athletic director position.

Following his stint as the Mohawks’ signal-caller, Matheson became the assistant principal at Roosevelt Middle School (now Lincoln Intermediate), and continued to act as an assistant coach in track and field. Matheson's replacement as Mohawks' football coach was Barry Alvarez, who would go on to lead Mason City to a state championship in 1978.

Matheson, now 86 years old, lives with his wife Norma in Mason City, and was thrilled to hear the news that he would be joining the Mohawks’ Hall of Fame.

“It was great, it was something that you always hope for, that you might get it,” Matheson said. “Luckily, I did and I was overjoyed.”

Since 2014, the Mason City Athletic Hall of Fame has honored some of the best athletes in program history.

CEDAR RAPIDS — The Iowa Supreme Court has rejected two challenges to changes in the state judicial nominating process, ending an attempt by la…

Citing lack of help from Reynolds, some are keeping their own tallies.

Pedati: ‘This is exactly the kind of work that I want to do’

A pediatrician by trade, one of the things that drew Caitlin Pedati to public health service was the ability to address health issues on a larger scale.

Two area football players will play in 2020 as preferred walk-ons for the University of Iowa.

The move is just one of several the downtown business has made to adjust during the COVID-19 pandemic.

Last week, Dick Garth and Eldean Matheson became a part of Mason City history. Now, they will become a part of some Mohawk students' futures.

Eldean Matheson talks to Mason City's Dan Davison during a game against Fort Dodge on Oct. 8, 1971.

Eldean Matheson was the head coach of the Mason City football team from 1967-1975, and also served as an assistant track and field coach for several years.