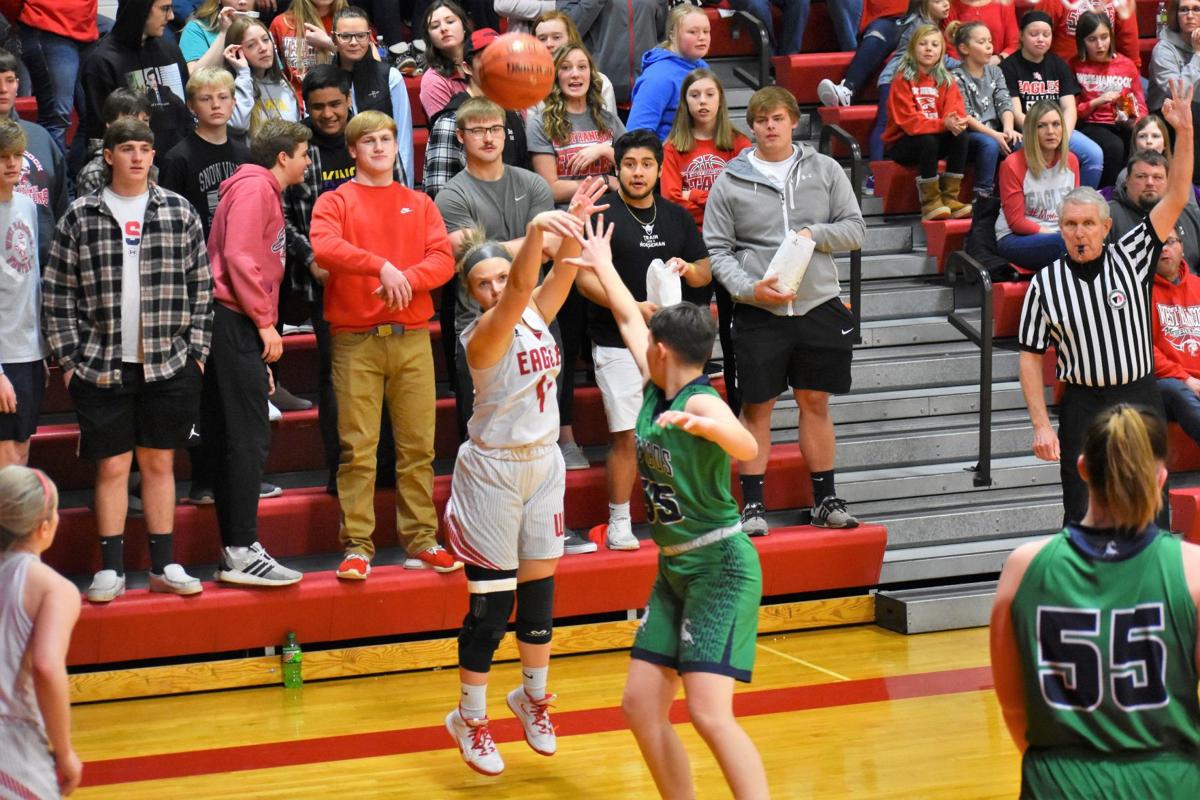 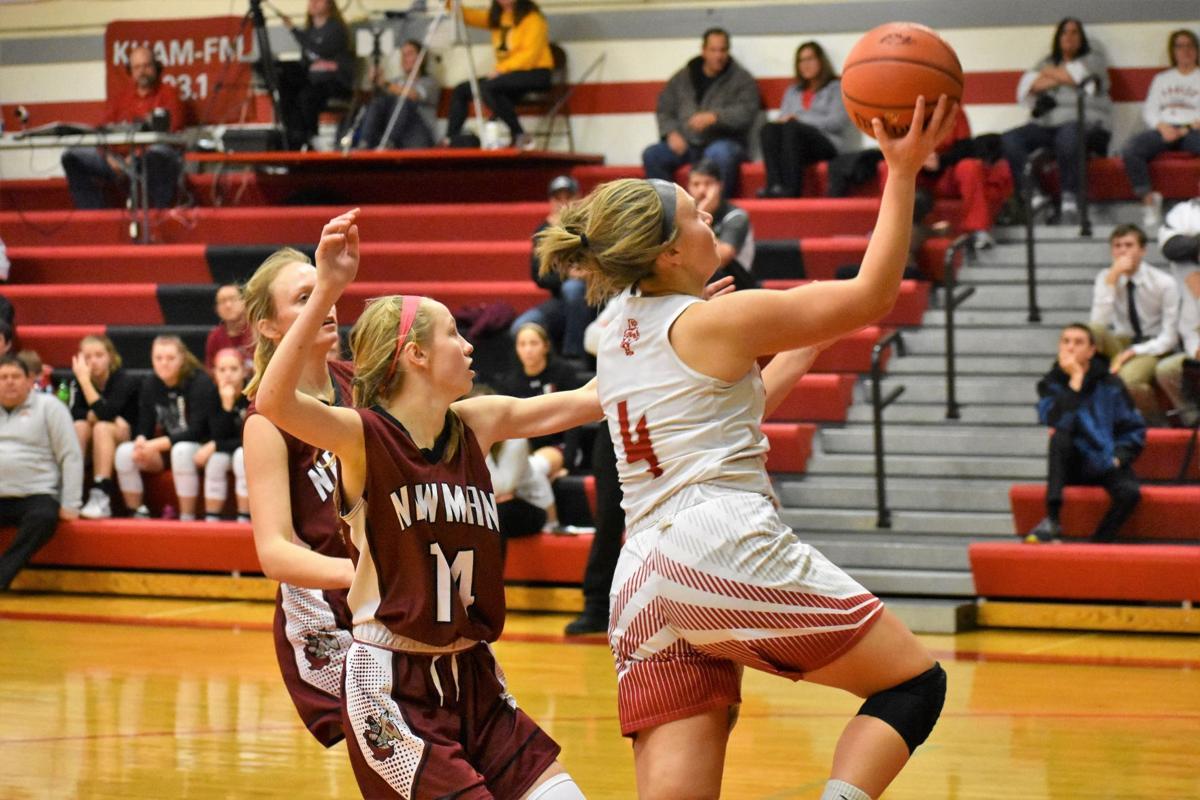 West Hancock's Maddie Eisenman goes in for a lay up against Newman Catholic in a home victory for the Eagles on Jan. 3.

On Jan. 6, West Hancock senior Madison Eisenman thought her season was over.

In a Monday practice, the day before West Hancock's game against conference rival Belmond-Klemme, Eisenamn was running through a drill in practice when she felt her knee pop.

After going to the doctor, Eisenman got some bad news. She had a torn ACL.

"Right away when I heard it was a torn ACL, I was heartbroken," Eisenman said. "It’s my senior year, and I was like, “This could be the end.”

Head coach Paul Sonius thought the worst as well when he heard the news.

"I thought we had lost her for the year when she tore her ACL," Sonius said. "You could say that was a downer for me at first."

But being her senior year, and with West Hancock ranked No. 2 in the state, Eisenman knew that she wanted to make it back. Her father, Kevin, also tore his ACL during his senior year, and told his daughter that this was something she could come back from.

"He told me, 'You can still play through it. You can come back and play, and have surgery right after basketball,'" Eisenman said. "I’m having surgery March 13, right after state basketball. I know our team has a long run we can go for, and I want to be a part of it."

Eisenman played a little bit on Jan. 21 against arner-Hayfield-Ventura, but about 10 seconds into the game, the knee buckled and she had to come out. In the Eagles' game on Feb. 7 against Bishop Garrigan, she played a little bit more. On Tuesday night, in the regional quarterfinals against Belmond-Klemme, Eisenman finally saw her first bit of extended action since the injury. Against the Broncos, Eisenman scored eight points, shooting a pair of 3-pointers that drew big cheers from her teammates and the home crowd.

"It's still amazing to me that with a torn ACL, she’s out there hitting 3’s," Sonius said.

On the season, Eisenman is shooting nearly 42 percent from the field, and 32.2 percent from 3-point territory. With her injury, Eisenman hobbles up and down the court in a bulky knee brace, and does her best to stay outside and shoot from distance.

Early in the game, she drove down the basket, and came down awkwardly on her injured knee. She left the game for a few minutes, but came back to help in the Eagles' blowout victory. With more contact down close to the basket, Sonius does his best to keep her away from the traffic,  and put her out deep, where she is more of a threat.

As a senior, she is also one of the team's more vocal leaders, which according to Sonius, might be just as valuable to the team as her shooting abilities.

"She is a very valuable asset all the way around, whether she is on the floor, or on the bench," Sonius said. "Even on the bench now, she is still talking to girls. That is huge. You can never have enough of a person like that in my opinion."

For Sonius, seeing a player like Eisenman come back and play despite a pretty severe injury is nothing short of inspirational.

"I don’t know if people realize just how much it helps our team that she is coming back," Sonius said. "They see a girl that is giving all the effort in the world, and is working her butt off. They have nothing wrong with them, and here you have a girl with a torn ACL out there helping us out. To have a girl like that is really big-time for us."

Eisenman was the third-leading scorer on last year's West Hancock squad, which made it all the way to the Class 1A state championship game before losing to Newell-Fonda. Despite the knee brace hobbling her ability to run up and the down the court, Eisenman will do what she can to make sure her high school career ends on a high note.

"It would be amazing," Eisenman said. "Last year was heartbreaking because we fell really close to it. This year, we have even bigger goals. We would like to have the state championship."

After Tuesday night's 75-29 victory over Belmond-Klemme, West Hancock will play on Friday against Clarion-Goldfield-Dows in the regional semifinal.

West Hancock's Maddie Eisenman goes in for a lay up against Newman Catholic in a home victory for the Eagles on Jan. 3.