It was quite the weekend for head coach Curtis Vais and the NIACC men's and women's cross country teams.

The Trojans took part in the NJCAA Division II national cross country meet in in Mechanicsville, Virginia, on Saturday.

Sophomore Sarah Bertry did something no woman has ever done before in the history of the program.

She led the race from start to finish, winning NIACC's first individual national title by 16 seconds. She ran a time of 18 minutes, 21 seconds on the 5-kilometer course at Pole Green Park.

On the boys side, the team scored 321 points, which was good for a 10th place finish overall. The squad took the title last year in Fort Dodge.

After winning the individual national title in 2020, sophomore Melvin Kipkemboi followed it up with a third place finish this year. He finished the 8-kilometer race in 25:04, which was 12 seconds behind the first place finisher, Cowley County's Adrian Lopez.

Curtis Vais has been working as the head cross country coach at North Iowa Area Community College since the program started in 2004. 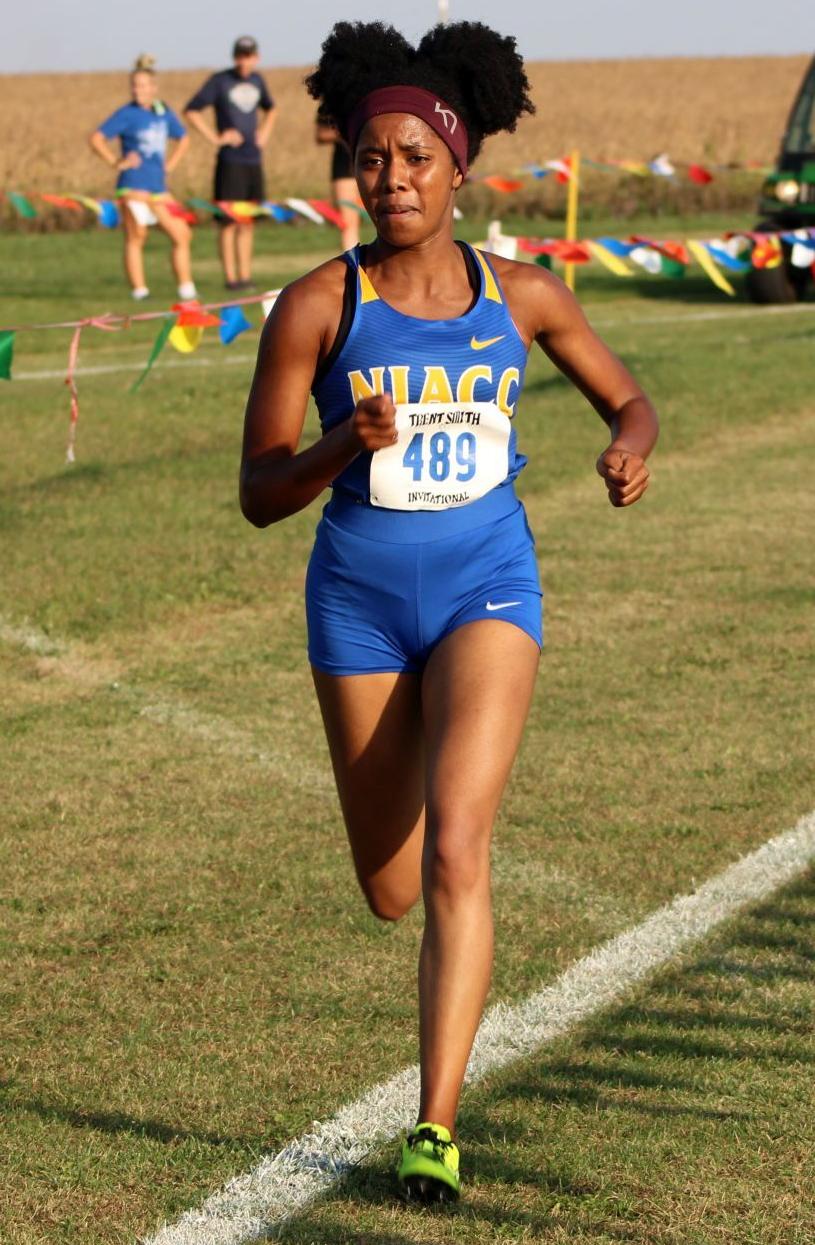 Sarah Bertry runs for NIACC in a race earlier this season.