Yeakel, a graduate of West Hancock, finished the game with two interceptions and a fumble recovery during the Warriors' 24-17 victory at St. Ambrose.

His first interception came in the first quarter, when he snagged the ball and returned it for 59 yards to set up a touchdown. Then, he recovered a fumble later in the game, which led to a field goal to extend Waldorf's lead to 24-17.

With 44 seconds left in the game, Yeakel grabbed his second interception of the contest to seal the victory.

The Warriors are 2-0 for the first time since 2014 to start the season. Waldorf has a bye this week and will travel to play at Valley City State University on Sept. 18.

Crew, who signed a national letter of intent to play for the NIACC women's soccer team the day before, stopped six shots on goal, including a penalty kick in the win.

The Trojans are now 1-1 on the season after a 10-0 loss to Indian Hills on Saturday.

Paul and Marsha Gordon's recent donation put 'The Future is Now' fundraising campaign over the $500,000 mark. 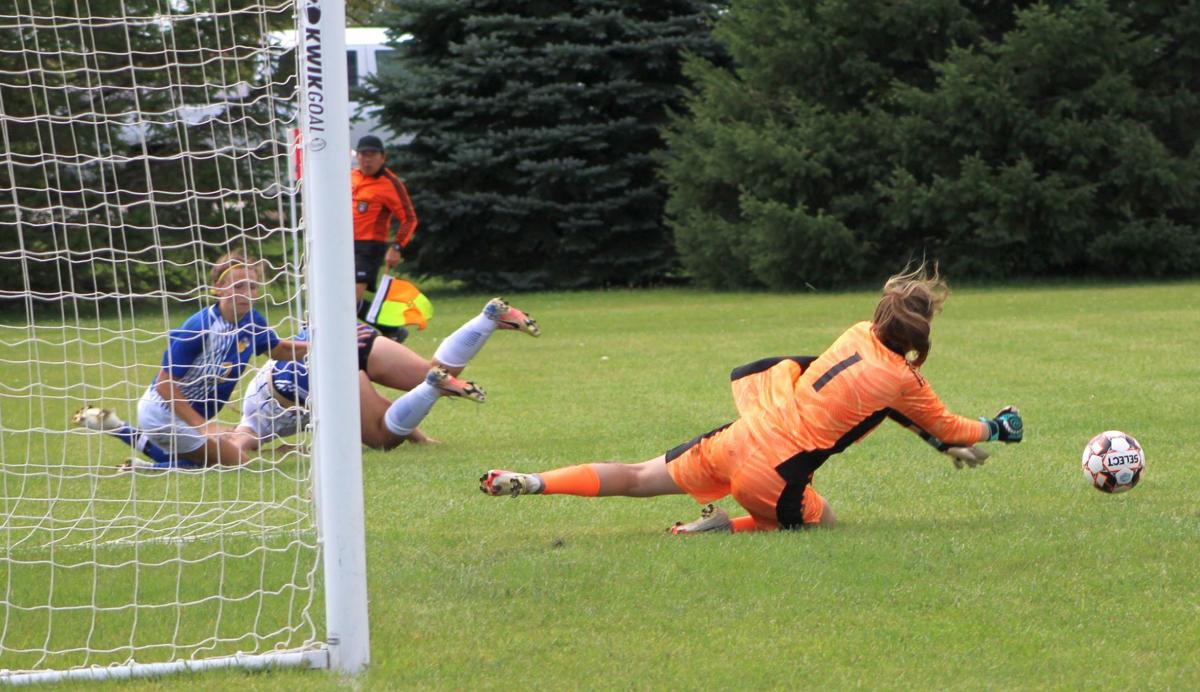 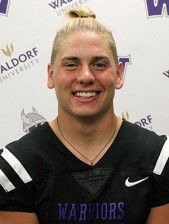 A mugshot of Waldorf's MaCoy Yeakel from 2020. He was named NSAA Defensive Player of the Week for his performance against St. Ambrose.