And although the Lions had a five-game losing stretch during the middle of the season, three of those losses were by one point – and Clear Lake’s defense had yet to give up over 30 points in any of its first six games.

Then, in the final game of the regular season on Oct. 9, the defense had a bit of a hiccup in a 56-40 win against Roland-Story. The Lions earned their second win of the season, but a normally-stout defensive unit struggled.

Clear Lake made sure to put its only disappointing defensive effort in the rearview mirror with a 35-14 win over Garner-Hayfield-Ventura (GHV) on Friday night in the first round of the Class 2A playoffs at Garner.

“They’ve been huge all year really,” head coach Jared DeVries said. “We had a performance last week that wasn’t characteristic of us and they came out and proved that they’re a top defense in the state.”

In the win over the Cardinals, the Lions defense forced six turnovers – including a pick-six by junior Jagger Schmitt.

“Defensive takeaways, we’ve been working on those a lot in practice,” Schmitt said. “Doing tip drills and stuff. Ripping the ball out. Because of the turnovers, that helps us big time getting the ball back to the offense to drive down and score.”

Back at the start of the year during camp, DeVries knew that his offense would be inexperienced – and he knew his defense wouldn’t be. So he made a point to focus on taking the ball away.

“We knew we needed to be an opportunistic defense and we knew we were going to be a little bit inexperienced on offense, so we had to give our offense short fields,” DeVries said.

Clear Lake’s constant emphasis on taking the ball away came to fruition at the most important time of the year.

Another part of the Lions football team that’s peaking at the right time is two-way player Jagger Schmitt. In the win over GHV, Schmitt’s pick-six and two rushing touchdowns were three of the five total touchdowns scored.

“He’s steadily been growing. He’s been asking for the ball more. I love to see that,” DeVries said. “We’ve got a nice rotation there where we can keep those horses nice and healthy and hungry. They’re running tough.”

Even though the Lions haven’t had their best year as far as what shows on the record books, the squad is starting to gain momentum at the right time of the year. With back-to-back wins, the Lions will look to score an upset at Spirit Lake next Friday.

“The plan is to go up to Spirit Lake and get a W,” DeVries said. “And that’s only going to happen if you win one play. That’ll be the goal and the plan and these guys are good enough to get that done.”

The Lions have no shortage of confidence.

The Mason City football team stormed back on Friday from a 14-point halftime deficit, as the Mohawks beat Gilbert, 16-14, on the road for the …

Clear Lake, Ventura and Swaledale fire departments responded to the fire over the weekend.

Mason City's volleyball season came to a close with a three-set loss to Decorah on Tuesday night. 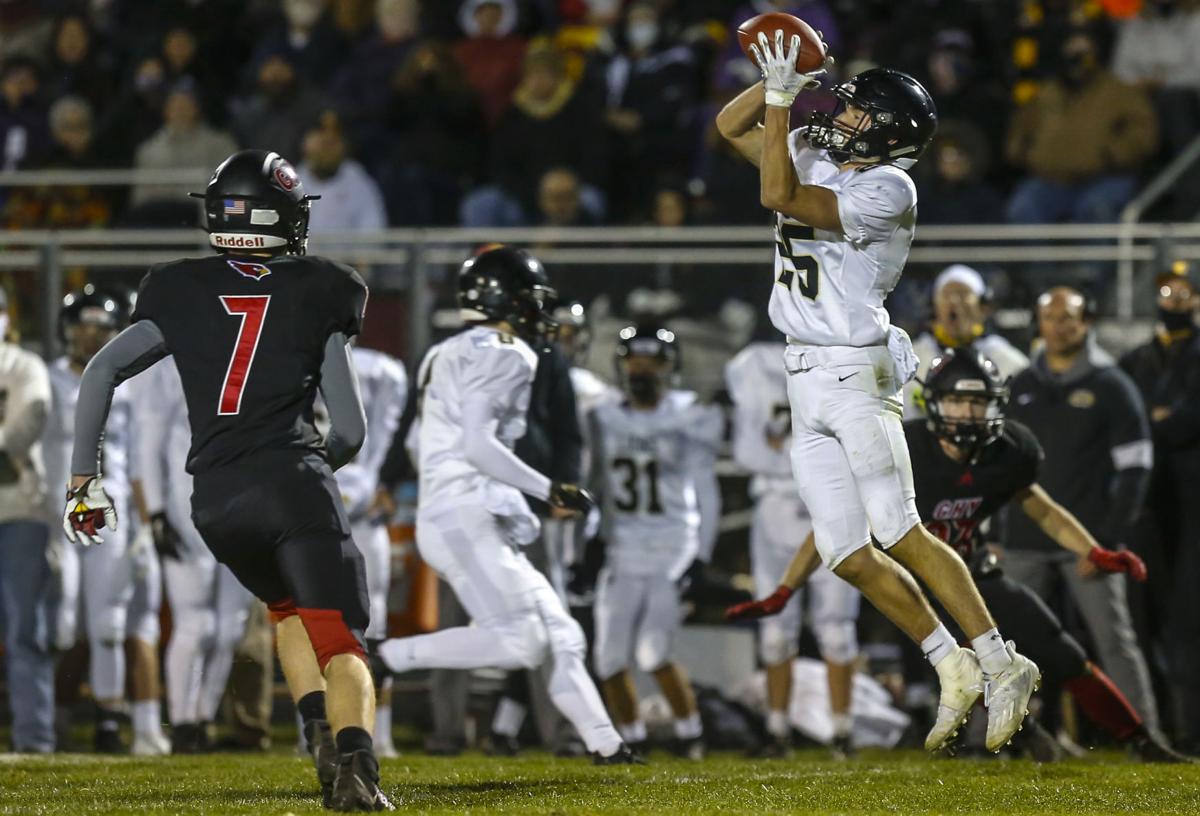 Clear Lake junior Jagger Schmitt makes an interception, which he returned for a touchdown, against Garner-Hayfield-Ventura at Garner in October. 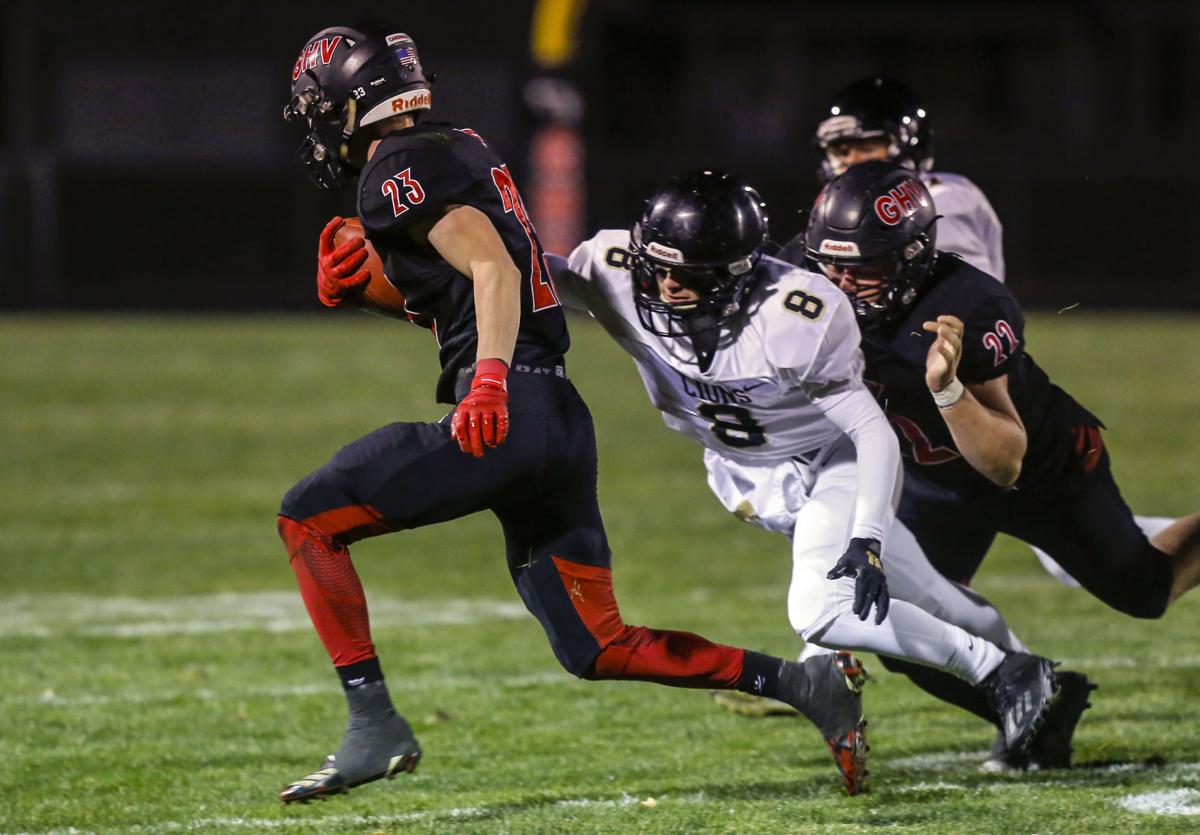 Clear Lake's Caden Jones zeroes in on Garner-Hayfield-Ventura's Isaac Knutson in the Lions' win on Friday at Garner. 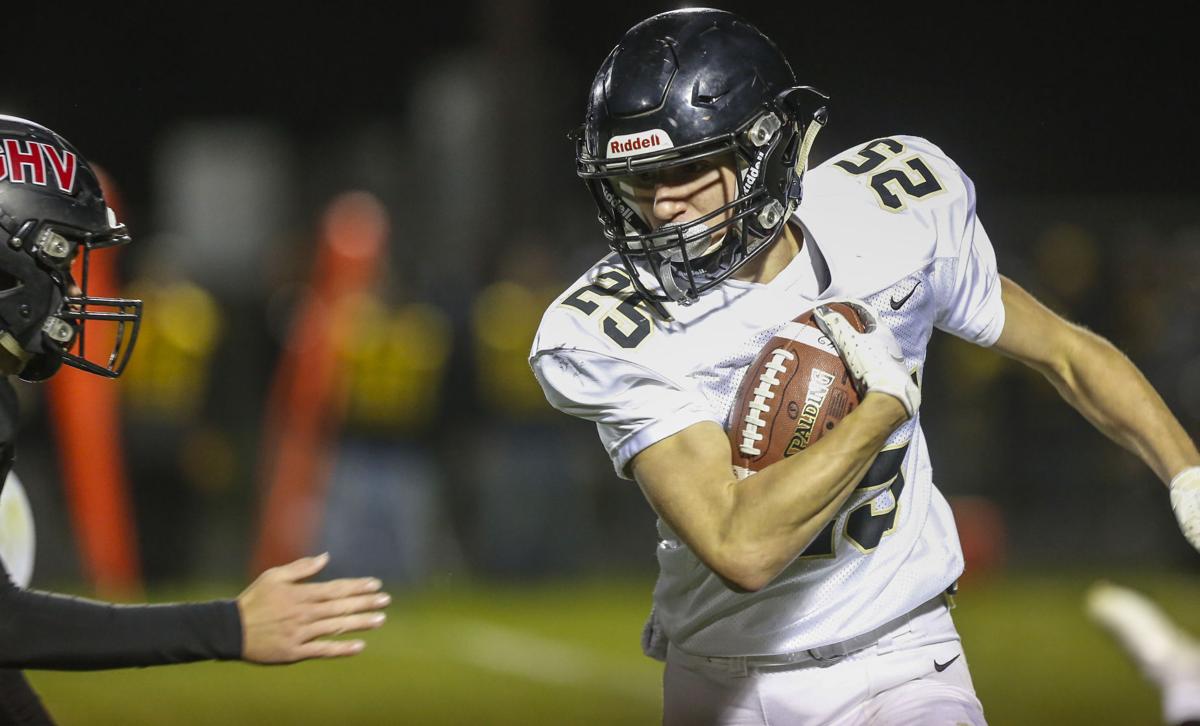