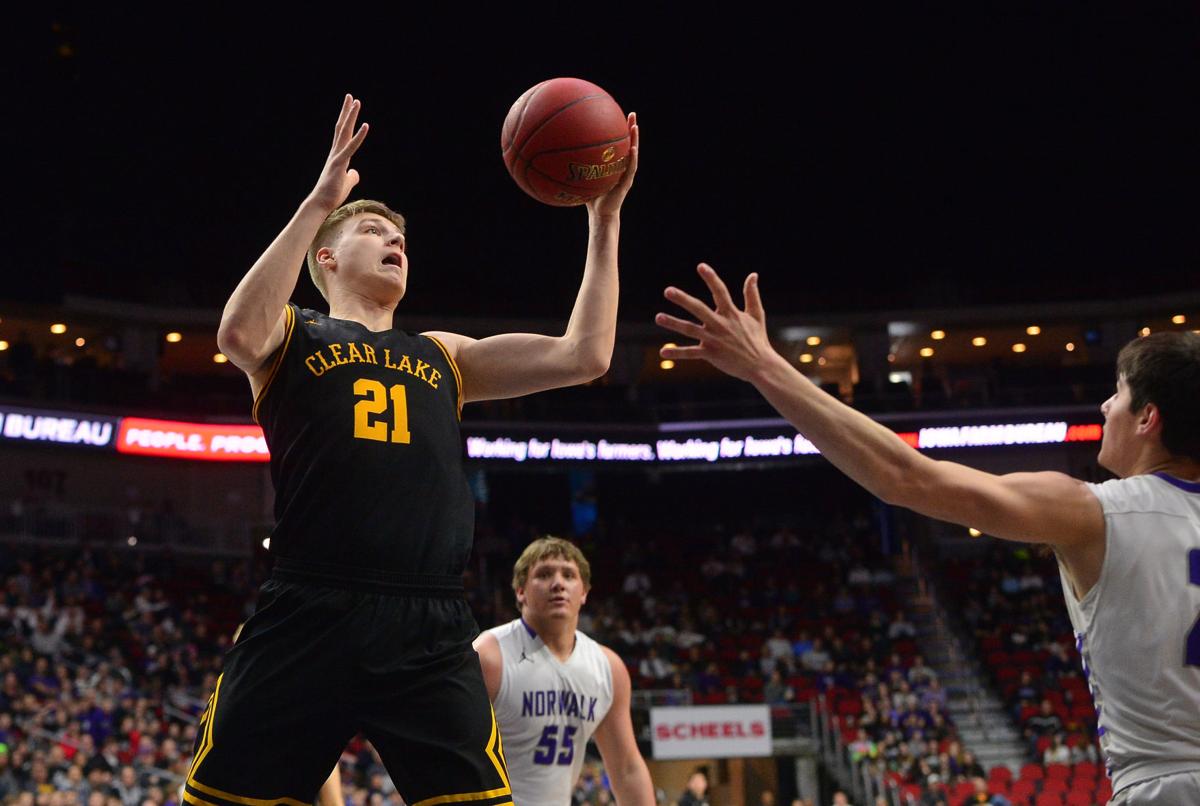 Clear Lake sophomore Andrew Formanek grabs a rebound against Norwalk on Thursday during the semifinal round of the Iowa High School boys basketball state championships at Wells Fargo Arena in Des Moines. 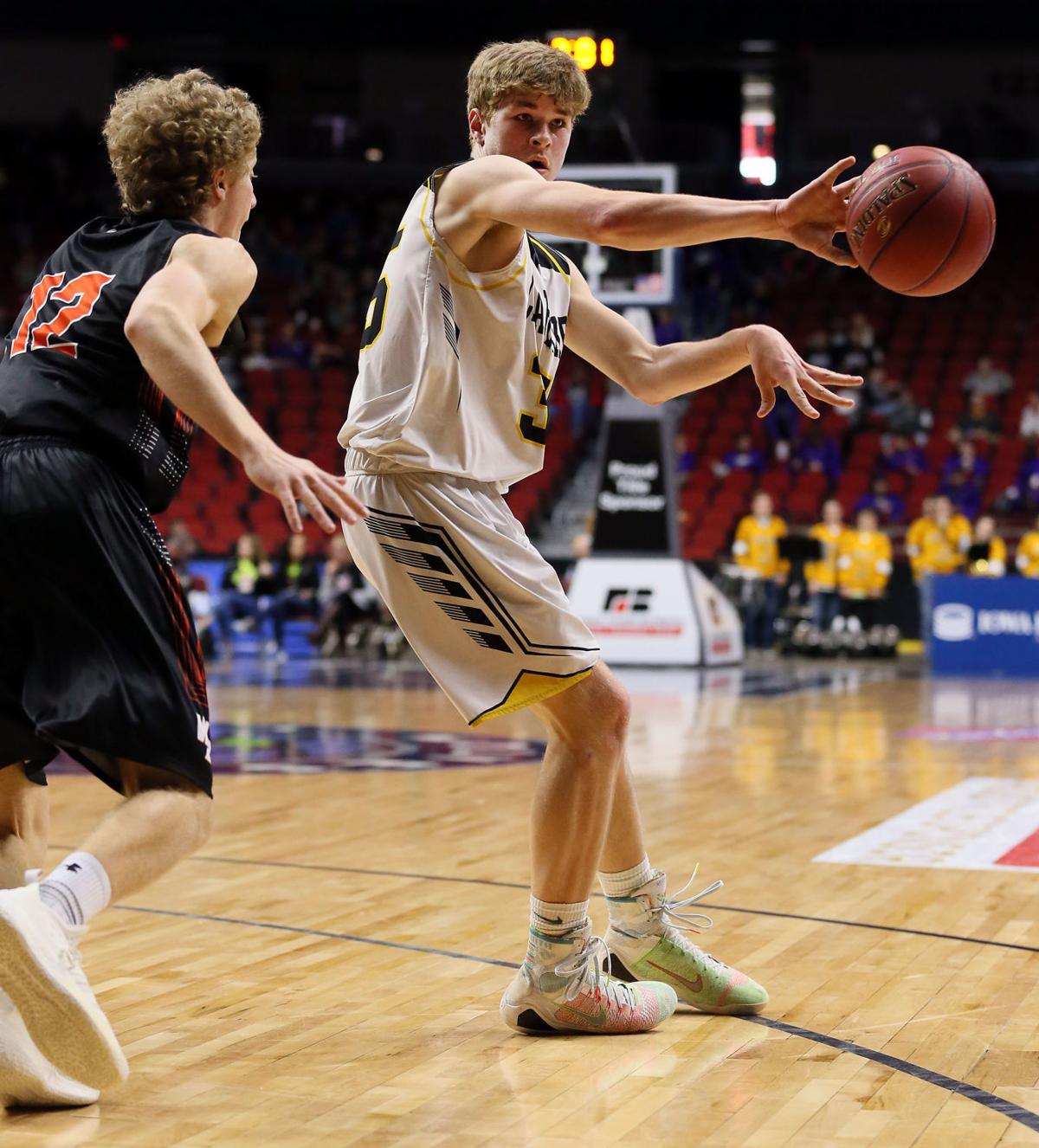 A season ago, the Clear Lake boys basketball team stormed to a conference title and unbeaten regular season before eventually falling in the Class 2A state semifinals.

While a number of seniors played key roles on that team, Lions coach Jeremey Ainley is not facing an empty cupboard when it comes to experience and talent.

While the top two scorers from the 2018-team have departed, Ainley returns the next five, including guard Carson Toebe, who averaged 11.2 points per game as a freshman.

Toebe connected on better than 40 percent of his three-point attempts and led the team in assists.

The front line will be big and physical with Jaylen DeVries and Andrew Formanek returning.

DeVries, a 6-foot-2 senior, led the team in rebounds with nearly eight per game, while Formanek a 6-5 junior, was fourth in scoring at 7.4 points per game and third in rebounding.

Kody Kearns and Jack Barragy also return and are expected to be much more significant contributors after being key role players off the bench a season ago.

Ainley is known for intense practices, and this season is no exception as he looks to build the depth that he knows will be necessary to carry the Lions.

“Our success starts in practice,” DeVries said. “We compete every day.”

One thing evident in those practices is that the Lions will have a lot of speed that Ainley hopes to use at both ends of the floor.

Even with some question marks about depth and experience, the expectations for the Lions never really change.

“Our goals are the same every year,” Ainley said. “We want to win our league, and we want to qualify for state.”

Ainley will learn a lot about the Lions very quickly as they open with three difficult road games in their first outings with trips to West Fork, Mason City and Iowa Falls-Alden.

The Mason City girls basketball team kicked off its home schedule with a bang on Tuesday night, as the Mohawks took down Ames with a flurry of…

Skogen erupts for 25 points in Mason City win over Ames

With his starting lineup finally back at full health after an injury-riddled 2018 season, Mason City head basketball coach Nick Trask is optim…

Clear Lake sophomore Andrew Formanek grabs a rebound against Norwalk on Thursday during the semifinal round of the Iowa High School boys basketball state championships at Wells Fargo Arena in Des Moines.