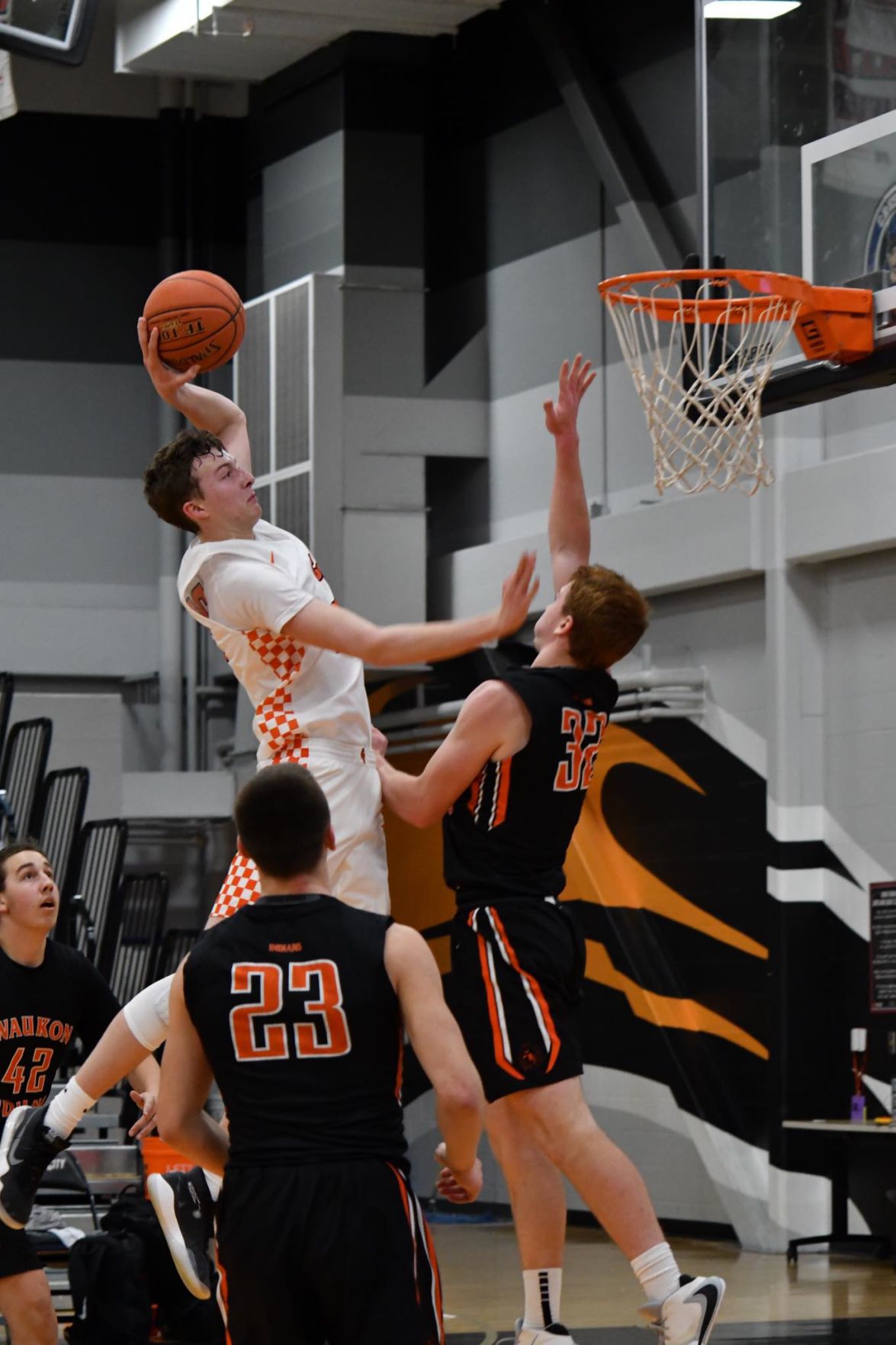 Charles City senior Bradley Andrews goes up for a dunk last season in a game against Waukon. 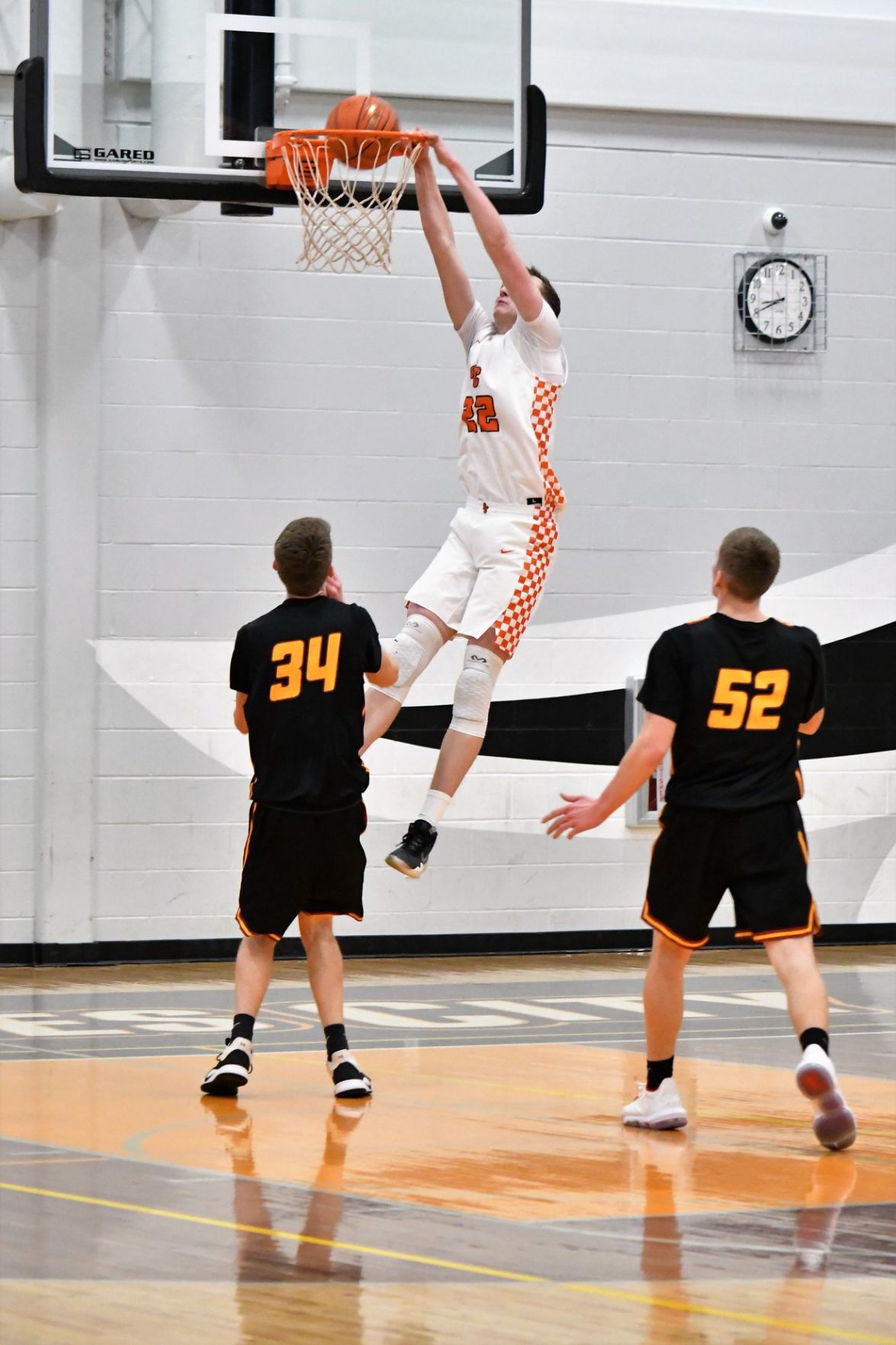 A few months ago, Charles City senior Bradley Andrews didn’t plan to play college basketball. Despite his 6-foot-6 frame, and a senior season in which he led the Comets in scoring, rebounds and blocks, he seemed willing to put basketball behind him.

Andrews’ plan was to attend Iowa State University and major in Kinesiology, and maybe try out for the Cyclones as a walk-on.

Since that time, Andrews has had a change of heart. He will now be playing basketball at NIACC, with the goal of eventually transferring to a NCAA Division I School.

"My ultimate goal is to play Division I basketball," Andrews said. "I see that (attending NIACC) as a way to develop me and build me up as a player and student, and try to go onto the next level."

Andrews broke out in a big way last season for Charles City. After spending the past several seasons as a complimentary piece to Jackson Molstead, Andrews led the Comets this past season with 351 points, 188 rebounds and 42 blocks, while finishing third with 39 assists.

Charles City head coach Ben Klapperich raves about Andrews’ basketball smarts, and calls him one of the most “unselfish” players he has ever coached.

“I can’t speak enough about his unselfishness. I think that is part of the reason we don't see him where some of these other people are, is  because he is probably the best unselfish player that I have ever seen,” Klapperich said. “He led by example, and always had a positive attitude, even when things weren’t going well. You could look him in the eye and could count on him.”

Andrews' plans to attend Iowa State were recent enough that they appeared in the Globe's 2020 Star Class section, which was published earlier this month. Eventually, Andrews learned that the Cyclones already had four walk-on players that were returning to the program, which made it a daunting task to make the team.

"After he found that out, he decided that 'I love the game of basketball' and he wanted to compete in college," Klapperich said. "I put together a video for him. Within 24 hours, I had 17 college coaches give me a call."

Andrews got scholarship offers from three Division II colleges – Washburn University in Topeka, Kansas, Southwest Minnesota State, and Northwest Missouri State. But he ended up settling on NIACC, the one school he managed to visit before COVID-19 disrupted the world.

Andrews spent much of this past season playing down low, with his back to the basket. With his height and long arms, Andrews proved to be an intimidating force on both sides of the ball. His 42 blocks ranked fifth among area players, while his 188 rebounds ranked sixth.

“He affects so many shots,” Klapperich said. “He doesn’t get as many blocks as kids at smaller schools, but he is playing against some bigger competition than some of them. Even if he didn’t get the block, we knew he was altering those shots. A lot of those little things don’t always make it in the score book, but it is the little things in basketball that end up being the big things.”

One of those little things is leadership, which Klapperich ranks as Andrews' most important contribution.

"Bradley led us as a team," Klapperich said. "We look to him as being our leader. He just did a phenomenal job bringing us all up."

This past season, NIACC finished with a 25-7 record and made it to the NJCAA Region XI Conference Finals. The school is just a 33-minute drive from Andrews’ home in Charles City, and Klapperich played basketball under Trojans head coach Mark Mohl at both Osage High School and NIACC. That familiarity, along with NIACC's high-speed offense, made it a good fit.

"I really like the style of basketball that they play," Andrews said. "They were really successful this last year, and I really like that they are fast paced and score a lot of points. In the games I’ve watched, they really look like have a good time."

The chance to compete at the junior college level is something Andrews is excited for, and like most players, he is hoping to use it as a springboard to eventually earn a spot at a Division I program like Iowa State.

At first, the biggest adjustment is going to be transitioning from being a team leader and top scoring option to being the low guy on the totem pole, but he has proved himself before.

"It’ll definitely be a learning experience, but its something I am looking forward to," Andrews said. "Throughout my whole high school career, I always looked up to the older kids, and tried to model my leadership after them. The same thing will happen there. I’ll try to look up to the more experienced guys and do what I can to help the whole team."

Before Jackie Robinson, black players were essentially banned from playing major league baseball. But that doesn't mean they weren't playing i…

There are still a lot of dates up in the air.

So far, three out of five area school districts, including Forest City CSD, have signed the soft memorandum of understanding outlining the initial commitment to the northwest NIACC regional education center.

What the COVID-19 pandemic is costing North Iowa governments

With the ongoing COVID-19 pandemic, there has been an endless array of costs both tangible and intangible.

Charles City senior Bradley Andrews goes up for a dunk last season in a game against Waukon.