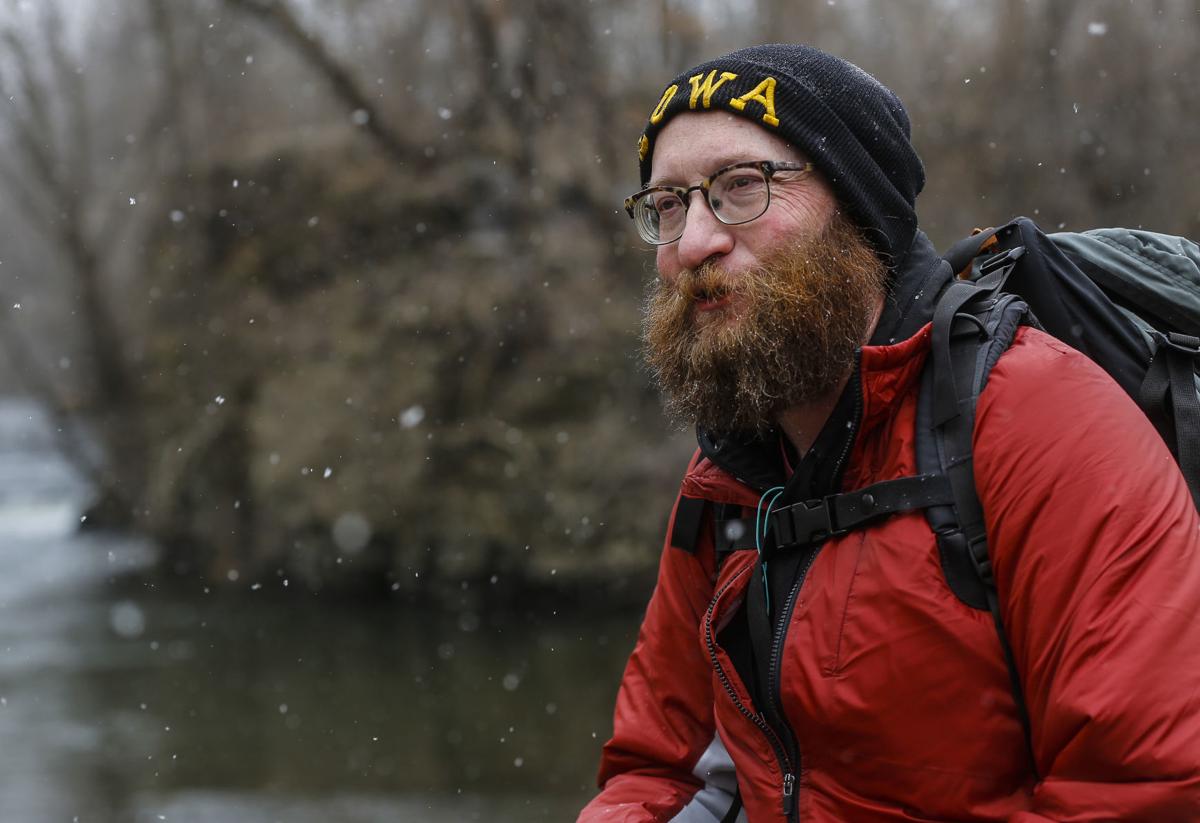 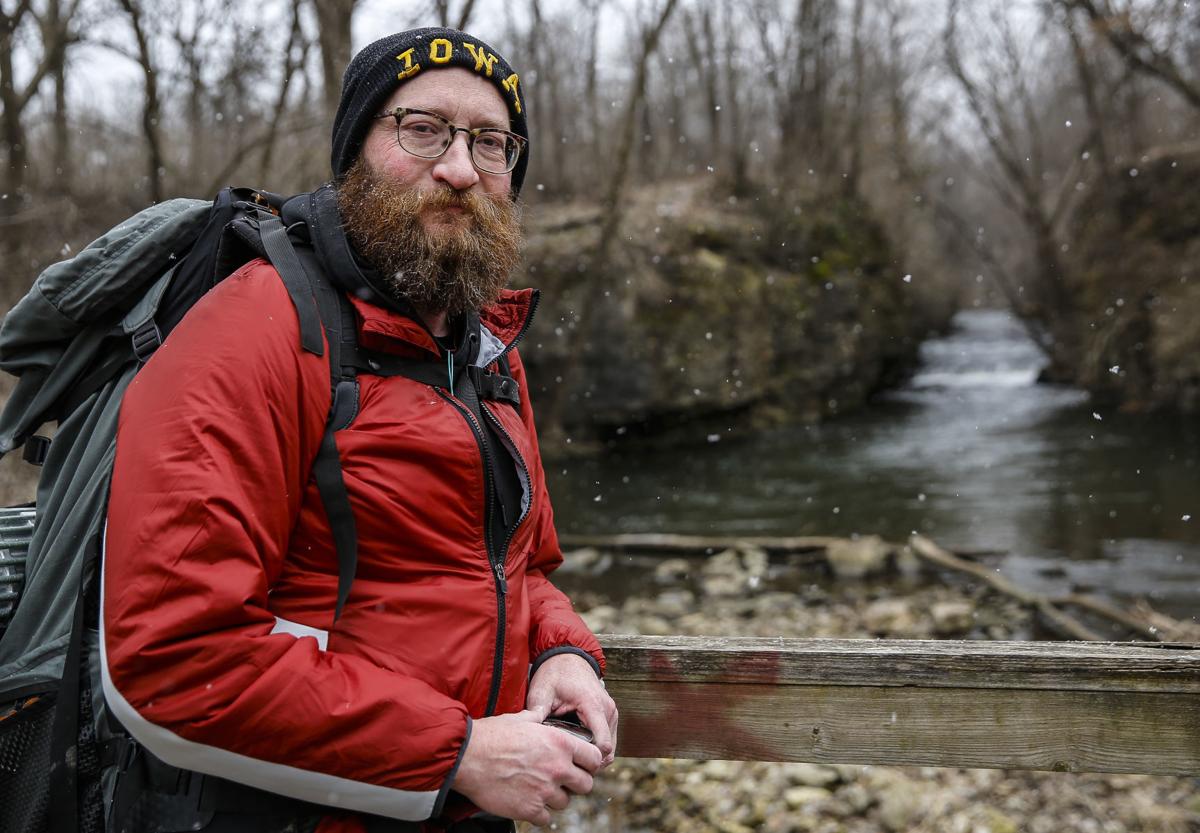 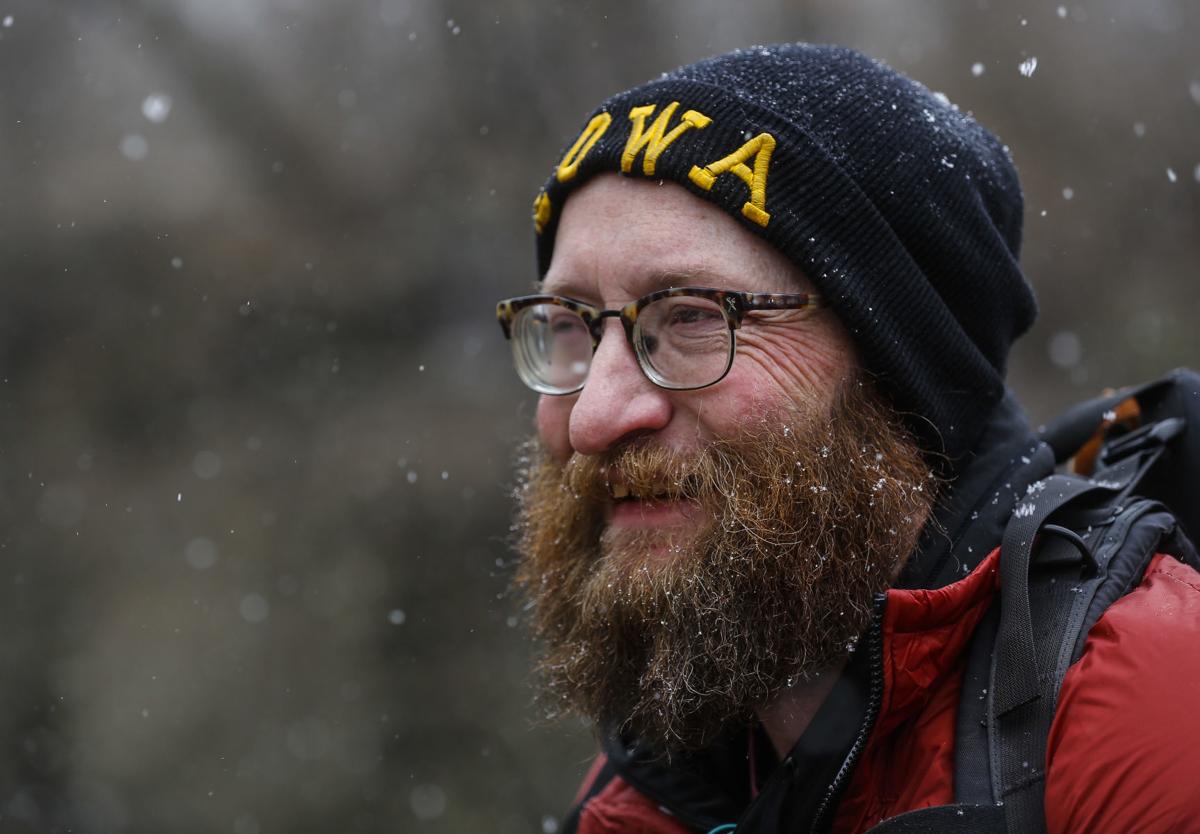 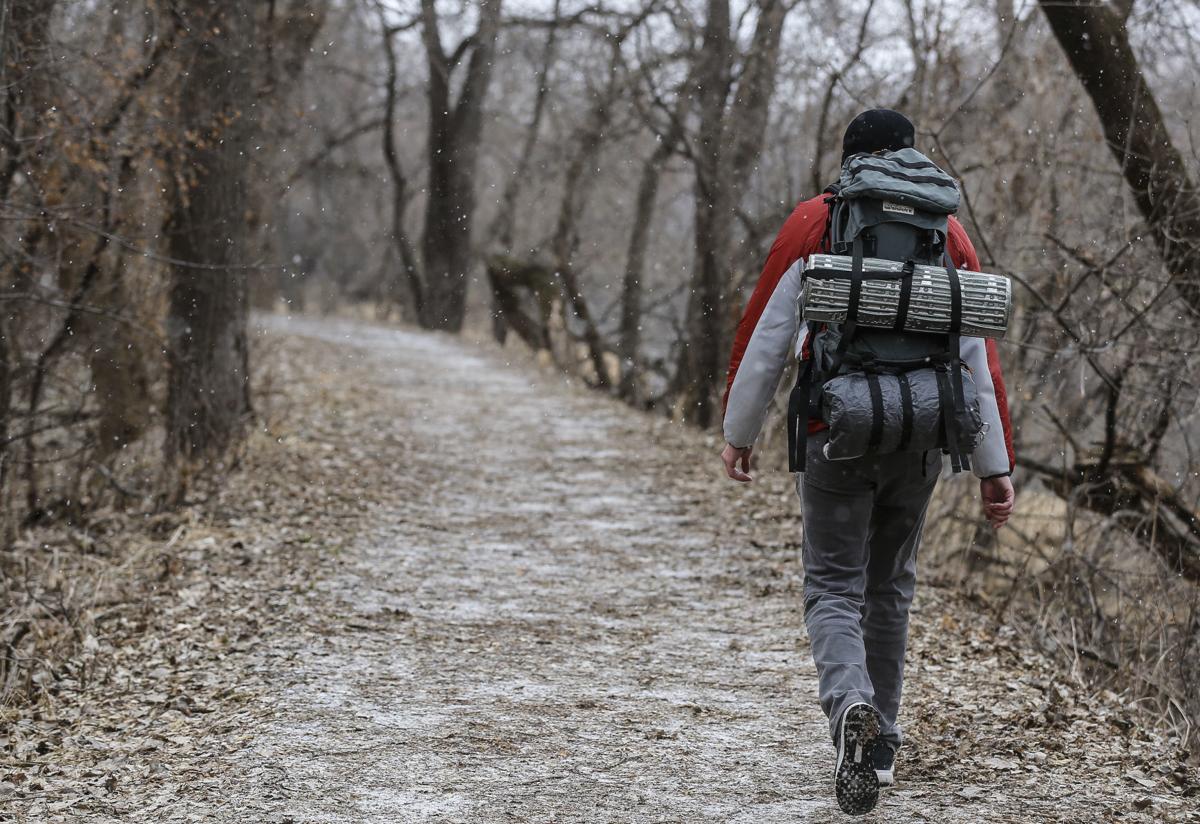 The Zerbal Trail is the favorite hiking spot for many North Iowans, including Mason City native Chad Sundermeyer, shown training for a planned hike on the Appalachian Trail, and sports reporter Shane Lantz.

*Editor's note: Chad Sundermeyer announced in a Facebook post that due to the COVID-19 outbreak, he will be delaying his Appalachian Trail trip until 2021.

To a regular person, going for a long walk might take the better part of an afternoon.

For Mason City native Chad Sundermeyer, his next walk is going to take around five months. There could also be bears.

Beginning on March 26, Sundermeyer will spend the spring and summer hiking the Appalachian Trail, a 2,200 mile path that takes hikers through 14 states, from Springer Mountain in northern Georgia all the way to Mount Katahdin in northern Maine.

Before a year ago, Sundermeyer had never even heard of the Appalachian Trail. He stumbled across it one night while watching survival videos on Youtube, and the images caught his interest. The trail is one of a series of cross country hiking trails in the U.S., the other most famous one being the Pacific Crest Trail (PCT).

“The Appalachian Trail is one of the most well-established trails in the world, and it’s got a huge community around it,” Sundermeyer said, “When I started looking into it, it seemed like the easiest one to do. You’re never further away than like two or three days walking from a town or civilization of some sort.”

Just over 3,000 people attempt to through-hike (hike the entire trail) every year, and around 25 percent of people complete the journey. In fact, since the trail was opened in 1937, just under 21,000 people have been recorded as completing a thru-hike, according to the Appalachian Trail Conservancy.

The trail has been seen in many pieces of popular media, including the book “A Walk in the Woods” by humor writer and Des Moines-native Bill Bryson, which was turned into a 2015 movie starring Robert Redford and Nick Nolte.

It’s a daunting task that takes most hikers around five to seven months. Sundermeyer thinks he can do it a bit quicker, and plans to complete the trail before the beginning of September.

He also plans on doing the trail on a tight budget, as the average cost of hiking the trial comes out to around $5,500. That mostly goes toward lodging, food and gear costs. But Sundermeyer thinks he can do it for cheap, by spending nights tent-camping instead of walking into a town and spending money on a hotel room.

He has also saved money on gear, thanks to the generosity of other backpackers that he told about his upcoming adventure.

“Most of the people that I told said ‘Hey, I’ve got something you can use,’” Sundermeyer said. “My backpack, I got a bear canister from somebody. I got a $30 tent from Target. I bought a cheap sleeping bag off REI, used. It’s not like I have a lot of money. I saved up some, but I just don’t think you don’t have to spend that money.”

The trail winds its way past plenty of towns and national parks along the Appalachian mountains, where hikers can rest and buy needed supplies. The plan is for Sundermeyer’s mother and coworker to send him food and supplies, such as new shoes, at different pit stops along the trail.

For Sundermeyer, the trip is a unique opportunity. He works as a forklift operator and truck loader at the GSI warehouse, along with his work bartending at the VFW, and hosting trivia every week at local breweries.

“It’s all stuff where I’m not missing out on things,” Sundermeyer said. “They’ll miss out on having me here, but I have the freedom to be able to do that. I have everything to come back to, if I do come back here. Who knows what’ll happen on the trail, and what kind of opportunities present themselves?”

At 43 years old, with no wife, no kids, and no mortgage payment, Sundermeyer has the freedom to be able to hike the trail, something that he knows not everyone has. Whenever he tells people of his plans, he says that they are supportive, but also somewhat jealous.

“I have the freedom to do it, and it’s something I can say I accomplished,” Sundermeyer said. “I don’t feel like I have a lot of accomplishments in my life. I never graduated college. I took some classes, but since I have no kids, it’s not like I have milestones anymore.”

He also has very little hiking experience. Sundermeyer admits, as an Iowan, he doesn’t have a lot of chances to go hiking in the mountains. Most of his hiking is done at Lime Creek. Out of all of the long-distance trails though, the AT is probably the least difficult and dangerous, according to Sundermeyer.

In the end, hiking 2,200 miles through the wilderness is a lonely endeavor. But with thousands of people hiking at least a portion of the trail every year, and plenty of towns and shelters all along the way, Sundermeyer knows that he won’t be alone for long. After so many months of preparation and excitement, he is ready to actually see the trail for himself.

“It’s going to be somewhat surreal,” he said. “The way I liken it is to the first time I went to New York City. You see it on movies and TV all the time. It’s one thing to see it like that all the time, but like the Statue of Liberty was the most odd thing to me. It looks like this big old grandiose thing, but when you see it, you’re like, Is that the real one?”

“You’re seeing those peaks and those videos of the 360 degree views. I can’t wait to see that in person.”

Sundermeyer’s farewell party will be held at 7 p.m. on March 21, at Lorado's in downtown Mason City.

Plenty of weekend news to catch up on this Monday:

In nearly every sport, technology is now king. In North Iowa sports, its fingerprints are everywhere. At places like Mason City High School an…

Well, we just barely got basketball season in under the wire.

Tours of the Capitol are also off until further notice.

The Zerbal Trail is the favorite hiking spot for many North Iowans, including Mason City native Chad Sundermeyer, shown training for a planned hike on the Appalachian Trail, and sports reporter Shane Lantz.