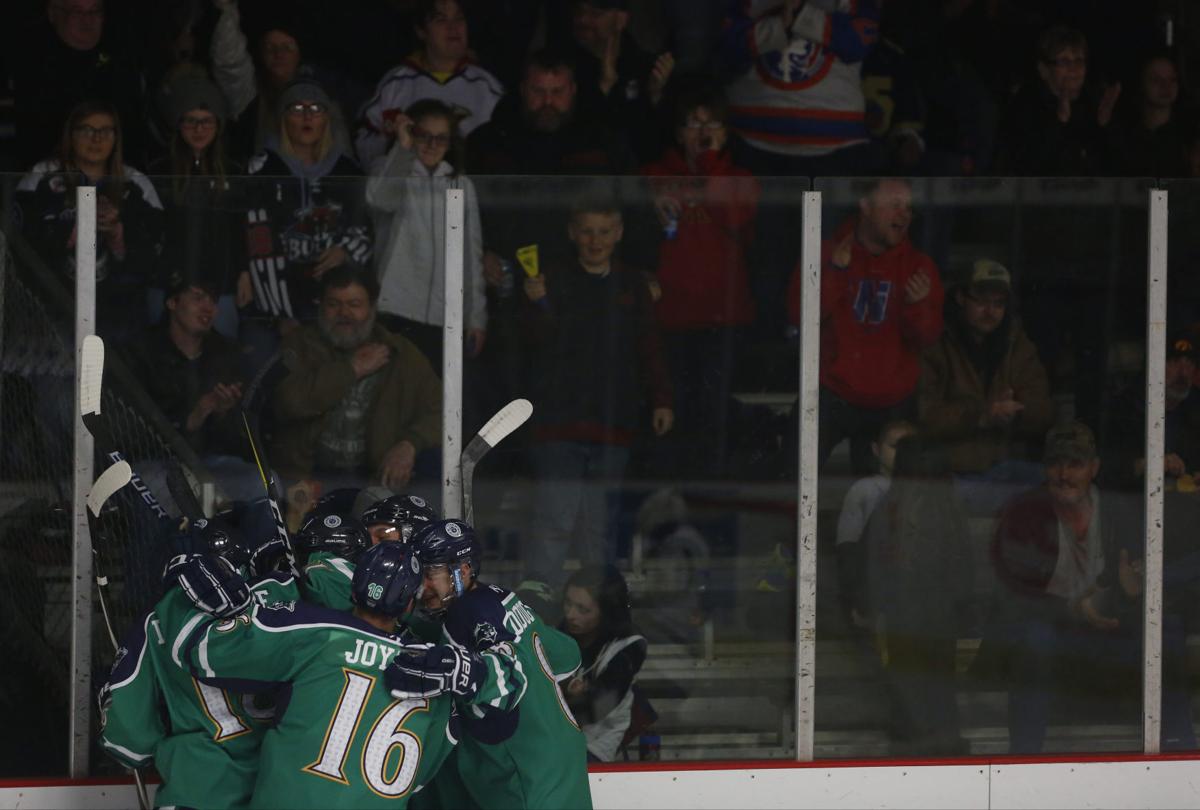 North Iowa players and fans celebrate after the Bulls scored during a game vs. La Crosse last Friday in Mason City. 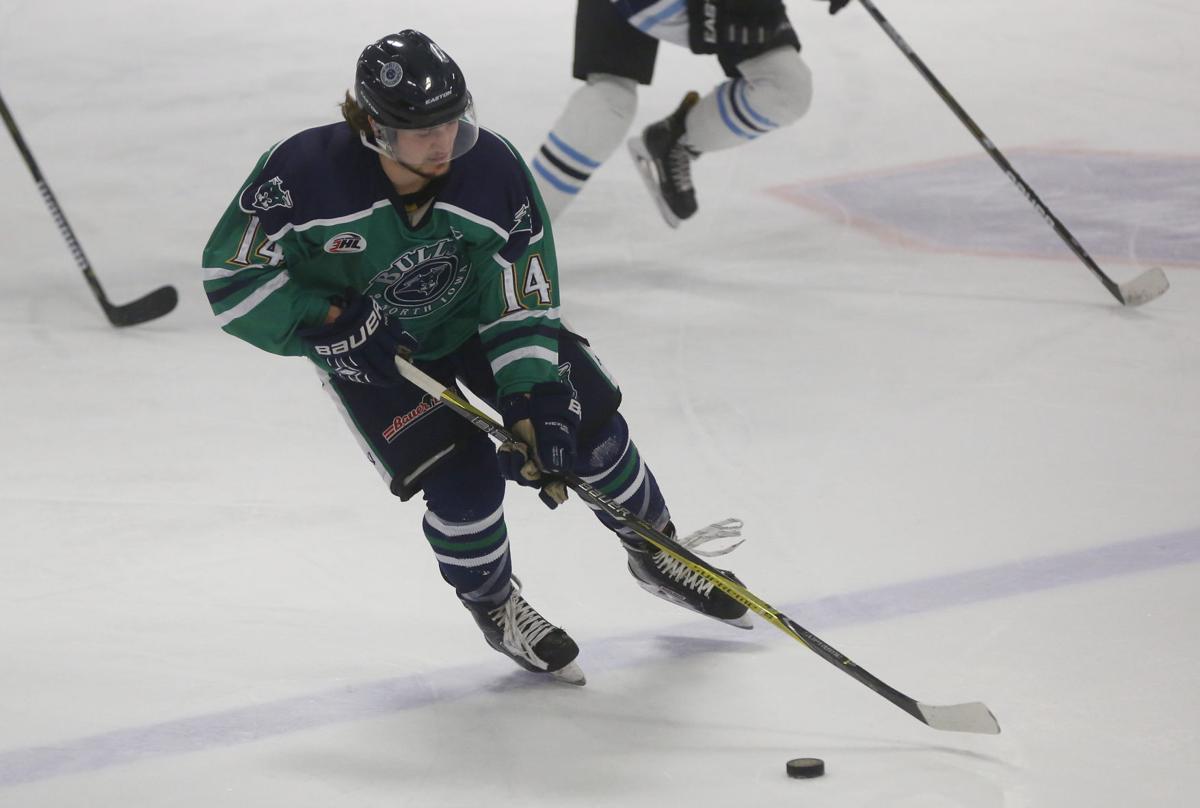 MASON CITY — The sting of last Saturday’s loss is still felt in the mind of North Iowa coach and general manager Todd Sanden.

His Bulls team has been an NA3HL powerhouse since it came into the league in 2011, and it was in the middle of a six-year streak which it did not miss the league tournament, now the Fraser Cup tournament. But an overtime loss to La Crosse in the Central Division finals ended that streak.

“This was a phenomenal group of kids who were really fun to work with,” Sanden said. “We have no regrets with them other than we didn’t help them win a championship, but that’s more to blame on me.”

In all of the disappointment, there’s still a silver lining, Sanden said. While one tradition of being in a title chase died this week, Sanden and the Bulls still take solace in the fact that the program is doing exactly what it’s meant to do: develop players to play further in their career than Mason City.

In seven years, the Bulls have sent 64 players on to college programs, whether that be Division I, Division III, or club-level teams at big colleges. That number could still increase, with players from this year’s roster still looking for a landing spot. The total doesn't include the players they’ve sent to the league above the 3HL, the NAHL.

“For the program, that’s our No. 1 goal. It’s something we want to do every year,” Sanden said. “That’s why kids come to a pay-to-play, so we want to move those kids up as quickly as possible.”

Whether it’s at a college or moving up in the league, Sanden doesn’t care.

The number is helped by the quality players who have come through the program, Sanden added, but that doesn’t take away the development. It’s no secret Sanden loves to win, but at the end of the day, he’s always wanted North Iowa to be the location kids come to be better hockey players. Winning is just the byproduct.

“When we started this program if a kid came in and wanted to go DI, that was a long shot and maybe was not possible,” he said. “But we have a kid who’s been a part of the program at some point go on to a DI school in each of the last three years. Now, it’s certainly a possibility because we are getting the right kids.”

While the Bulls were left out of Chicago playing for a league title, Sanden still rests easy knowing the program is still in a great spot.

“It was a pretty great year,” Sanden said.

North Iowa players and fans celebrate after the Bulls scored during a game vs. La Crosse last Friday in Mason City.