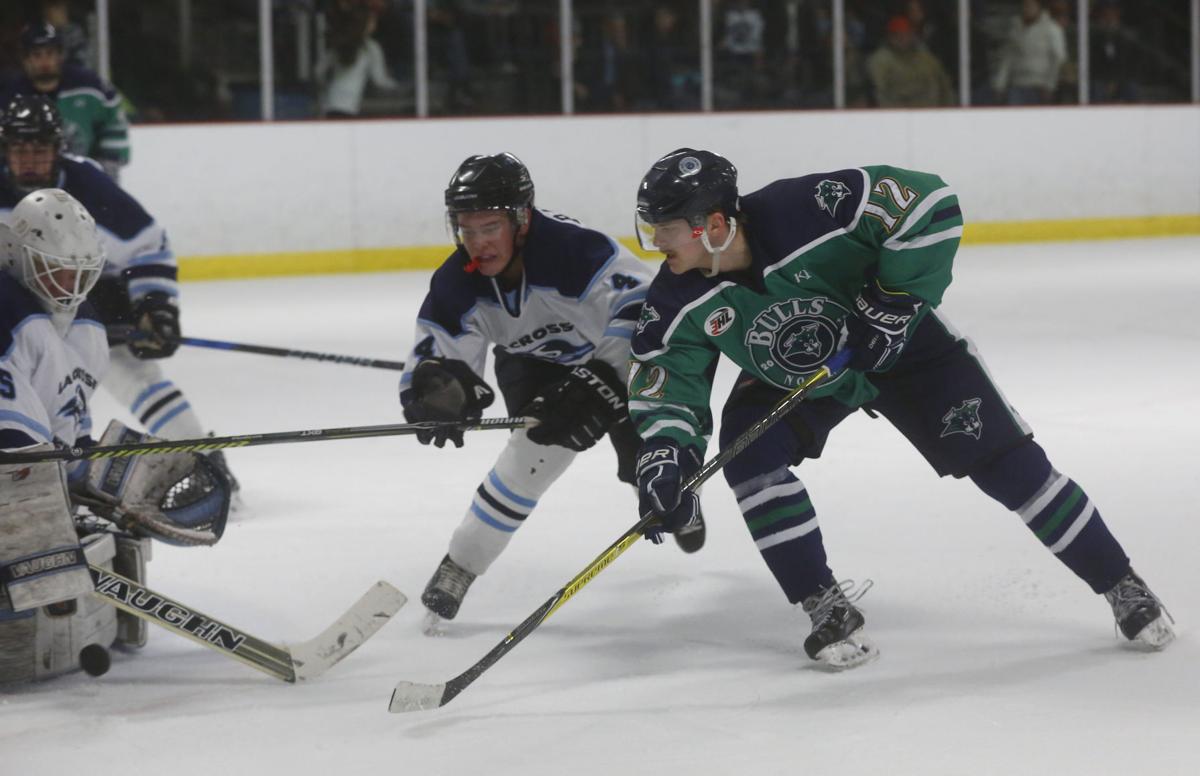 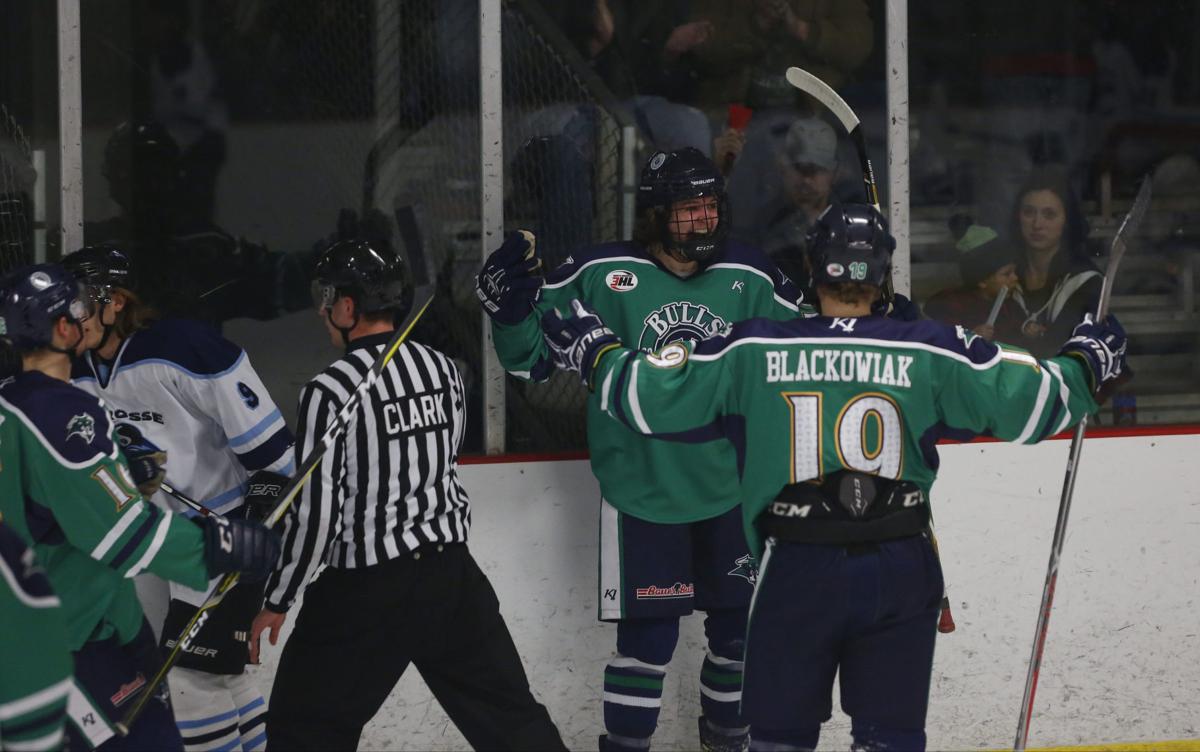 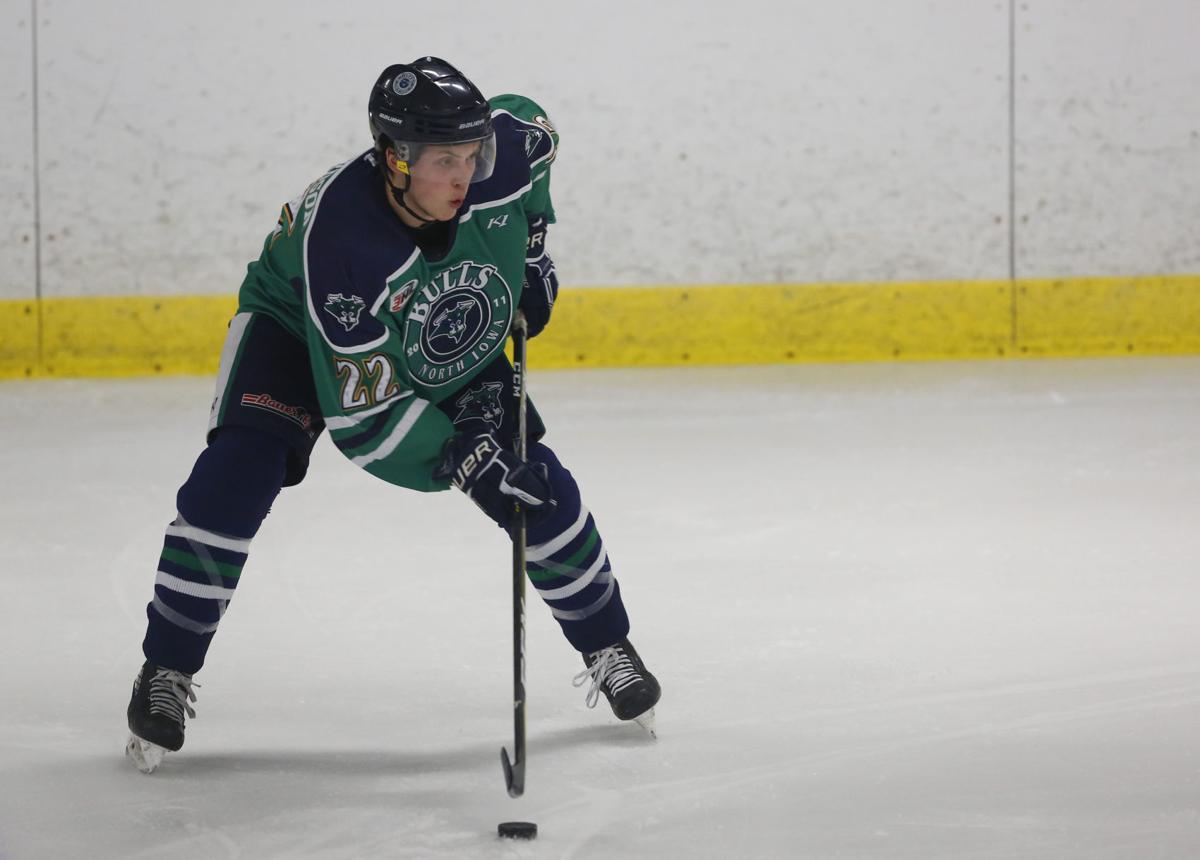 MASON CITY — North Iowa has been so dominant over the years, chasing history was just part of the gig for the Bulls. But there’s rarely been a time in the seven years of their existence they’ve been on the wrong side of history. They found out the hard way Friday night there’s still plenty of time for firsts.

In Game 1 of the West Division finals of the NA3HL playoffs, La Crosse handed the Bulls their first home postseason loss in franchise history, 3-2. It also put the Bulls in a 1-0 series hole they’ve only been in one other time, and that came in their first season in a series against Granite City.

“They’re pissed. They know they let it get away,” North Iowa coach Todd Sanden said of his team. “They showed up thinking they were going to beat a team for the sixth time out of seven, but that other team showed up and was ready to play. It’s playoff hockey. You’ve got to show up.”

In all the Bulls successes over the years, they’ve always played with the same fire and same intensity no matter the roster. It’s why they’ve been able to run up the goals. Friday night just felt different, though.

The Bulls scored almost eight minutes into the game on a back-handed goal by Matt Dahlseide, and even Sanden admitted that the Bulls weren’t even great in getting that goal.

All night, Sanden saw his team miss on what little opportunities they were given, and they were soft at times on defenses and the Freeze took advantage.

La Crosse tied it up with a goal by Clayton Lackey 4:23 into the second, and then a goal three minutes later put them up 2-1. The Bulls were never able to bounce back.

“They beat us to every loose puck out there tonight and their compete level was way harder than ours for 60 minutes,” Sanden said.

After a power-play goal by the Freeze with 7:34 to play up them up 3-1, the Bulls had only one answer left, a goal by Tyler Bump with the goalie pulled with 16 seconds remaining. A chance to tie the game with under 3 seconds to play hit off the side off the net on an opening between Freeze goalie and the net.

It was an eye-opener to say the least for the Bulls, who have their back against the wall needing to win each of the next two games to punch their tickets to the Fraser Cup tournament, a place they’ve been a mainstay at ever since missing out that first year.

“It’s gut-check time. If you don’t show up (Saturday), you’re done. The only trip you’re making next week is a trip home,” Sanden said.

A win Saturday night would force a series-deciding Game 3 at the North Iowa Ice Arena on Sunday at 7:30 p.m.

“If we win (Saturday), it’s over on Sunday. Our guys will have figured it out by then,” Sanden added.