When you think of hockey hotbeds, Japan is probably not the first place that comes to mind.

For the North Iowa Bulls though, the country has had a sizable impact on the team’s 2020 success so far.

Second-year Bulls' player Sota Isogai was named the NA3HL West Division Star of the Week for the week of Nov. 3, after scoring two goals with one assist in the Bulls’ record-setting 13-3 win over Willmar on Oct. 30. Isogai, a native of Nagano, Japan, is tied with Garrett Freeman for the team lead with six goals this season.

Isogai has been playing abroad for several years, with two seasons in Russia and two in Austria before coming to the United States.

Aside from Isogai, the Bulls also have first-year forward Shota Kaneko, of Tokyo, on the roster. This season is Kaneko’s first in the U.S., after he spent last season as a member of Japan’s U20 team. Kaneko currently has two goals on the season, along with three assists.

Isogai and Kaneko are not the first Japanese born players to have suited up for the Bulls. Kohei Sato played for North Iowa for parts of three seasons from 2014-2017, before going on to play at the University of New Hampshire, becoming the first-ever Japanese born player to play Division I hockey.

“We like the Japanese players in that they are smart hockey players,” Bulls head coach Todd Sanden said earlier this season. “The first year is a bit of a language barrier, but the universal language of hockey is pretty transparent, and easy for those guys to understand. We’ve been blessed to have some very good Japanese players in our program.”

With one year under his belt, Isogai has grown more comfortable in a Bulls uniform. His English has improved by a lot over last season, and he has turned into a key player for the team.

Sanden was thrilled when Isogai announced he would be coming back, and said that Isogai’s return has been a big factor in the 9-3 Bulls’ success this season.

“Certainly we are excited when guys decide to come back, but with so many options and teams available at this level and different countries at the tier two level, it is never a given that guys are just going to return,” Sanden said. “We were very excited when he decided to come back, and he had other options, for sure. We’ve made him a captain here too. His return certainly is an important piece for our team.”

Isogai and the Bulls first connected at a tryout in Edina, Minnesota, in 2019. After trying out for several teams in the NA3HL, Isogai made the choice to join the Bulls, where he scored 22 goals in his first season in the states.

“It’s been kind of a lucky, opportunity-based situation for us,” Sanden said. “Sota came to us on a bit of a bluebird opportunity. A guy reached out, he tried out for a couple teams in our league and ended up picking our team, which we are very thankful and fortunate for.”

Kaneko came to the Bulls through an advisor the team has worked with in the past, and who helped the team acquire Sato several years ago.

For both Isogai and Kaneko, the biggest adjustment between Japan and North Iowa has been the language, but both of them have been working hard to be able to communicate with their teammates.

So far, the differences between Japan and Iowa seems to fall by the wayside once the pair step onto the ice. Hockey in America is more physical than hockey in Japan, according to Isogai, but he and Kaneko have adjusted to it well.

“Physicality certainly is a part of the game, and they have integrated into that part of the game seamlessly,” Sanden said. “Shota initiates a lot of physicality when he is out there. He gets in quick on fore checks, and he separates guys from the puck with his body. We haven’t seen any tentativeness, they both are able to handle the physical style of play that we play in.”

This season, Isogai has felt a lot more comfortable both on the ice and off. With his English skills improving, and his body more adapted to American hockey, he has become a crucial part of the team’s attack.

“This year, I have better English,” Isogai said. “Everything is better. I’m more fast, and more strong.”

But this year has been an especially strange one in NA3HL hockey, with COVID-19 changing much of how the team goes about its day to day life. For foreign-born players, it can be an especially worrisome time as the pandemic continues to spread. Isogai says that his family hasn’t expressed too much concern about the virus, as the team is taking precautions.

Once you look past the language, the hockey style, and the other cultural differences that exist between Japan and the United States, there is one thing that Isogai, Kaneko, and the American-born Bulls can all agree on.

The glory of American cuisine.

The Bulls will play their next game on Nov. 20 against New Ulm at Mason City Arena.

For NIACC cross country, success has finally led to some recognition. In fact, it was a clean sweep.

Mason City kicker Eric Lensing can boot the ball a long distance, but he won’t be traveling too far for his next on-field opportunity.

On Tuesday morning, the Clear Lake Fire Department had to say goodbye to one of its own. And to do so, officials flew a massive American flag …

The North Iowa Bulls will continue to host home games with spectators in attendance, the team announced on Wednesday, after receiving permissi…

Things will look much different for the Osage boys’ basketball team this season. 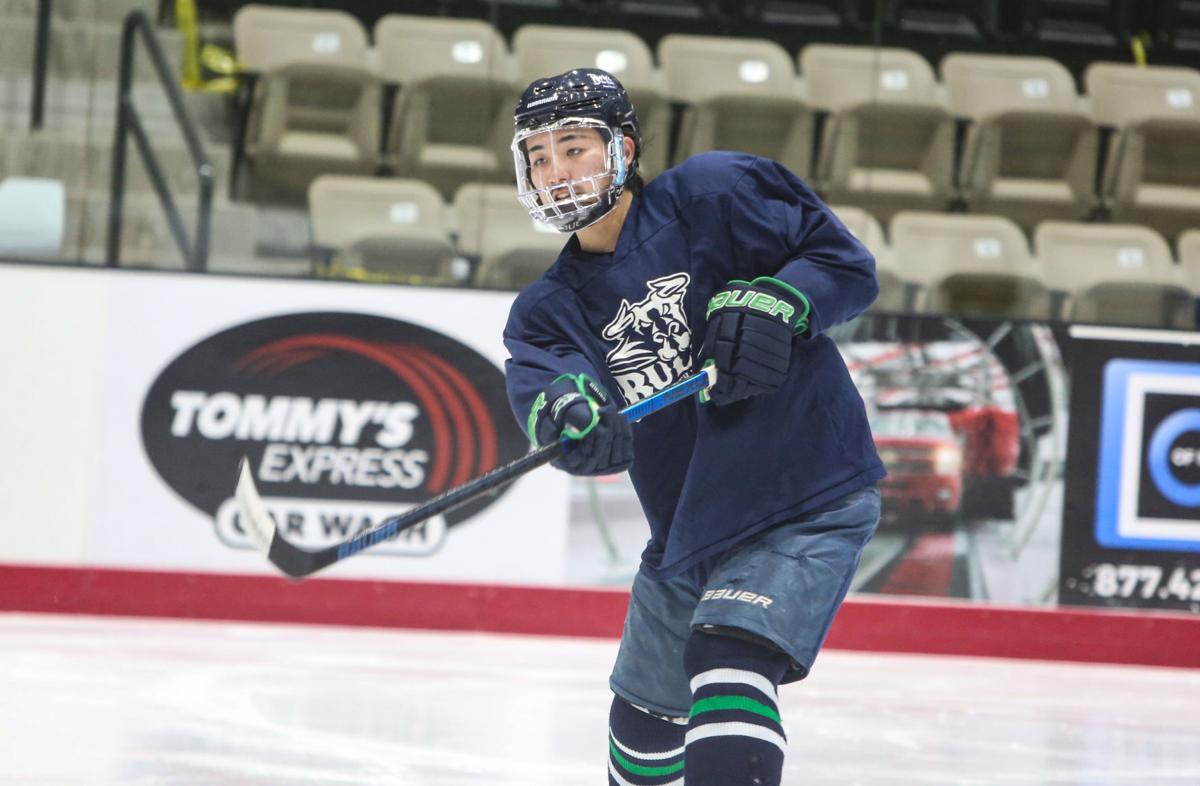 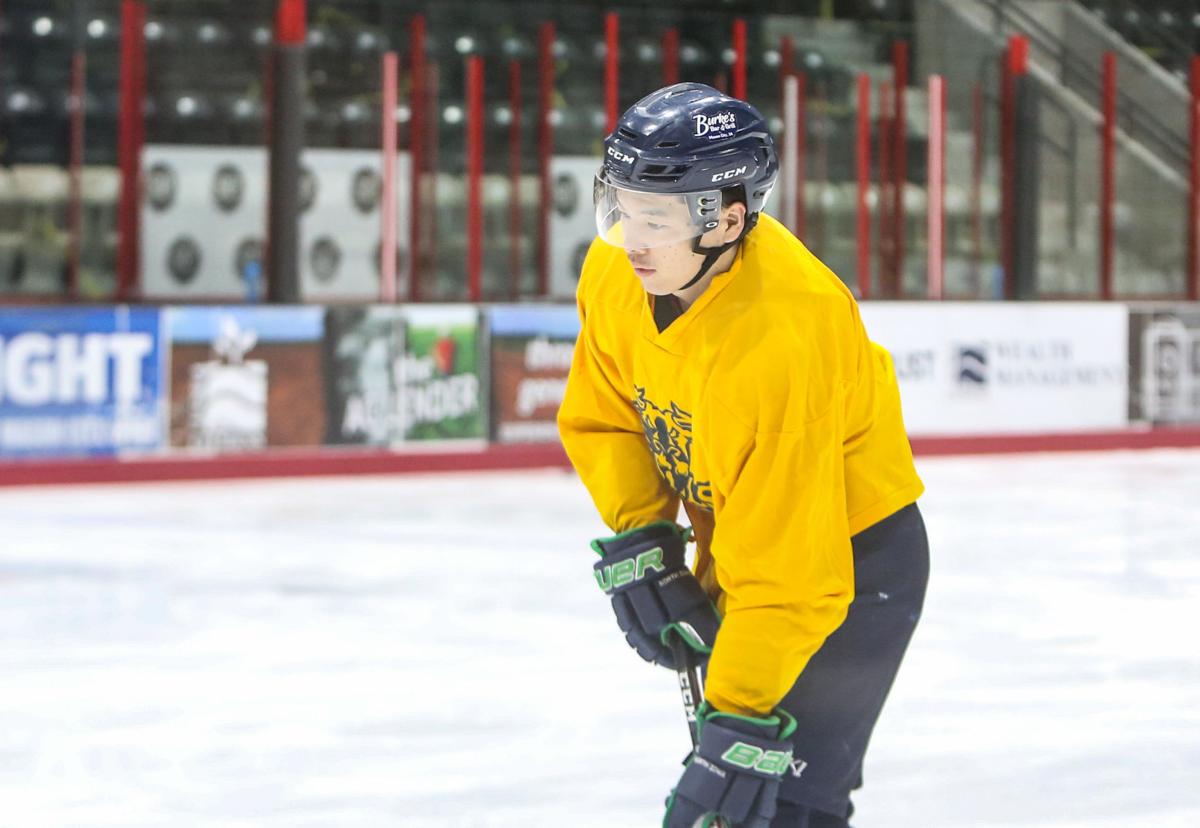 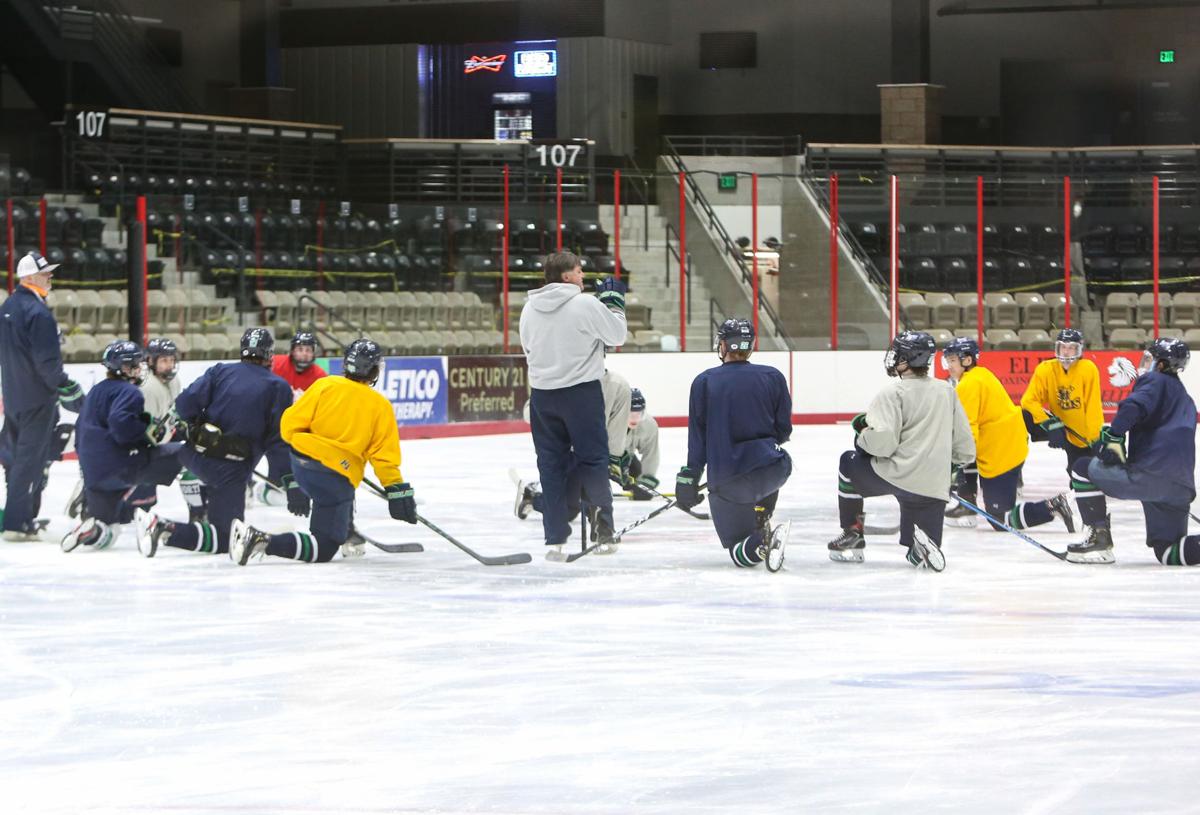 North Iowa Bulls players are given some instruction from coach Todd Sanden at Thursday's practice at the Mason City Multipurpose Arena.