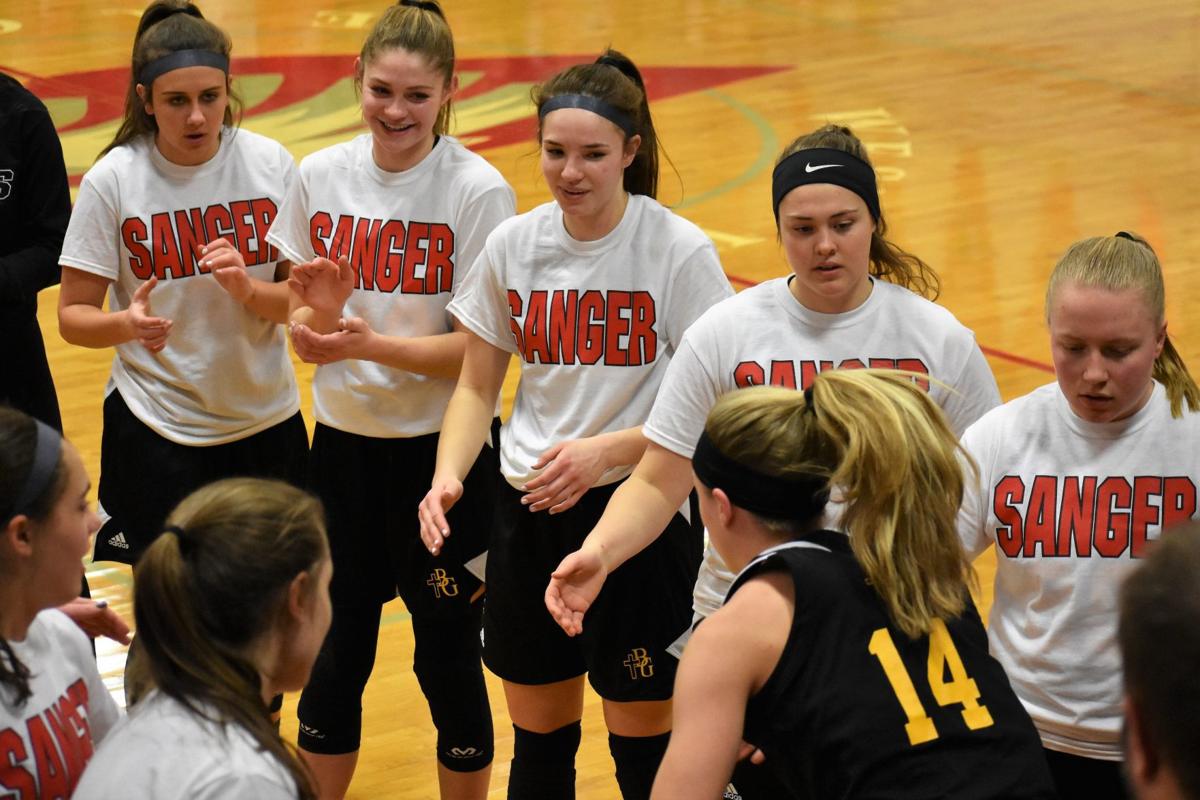 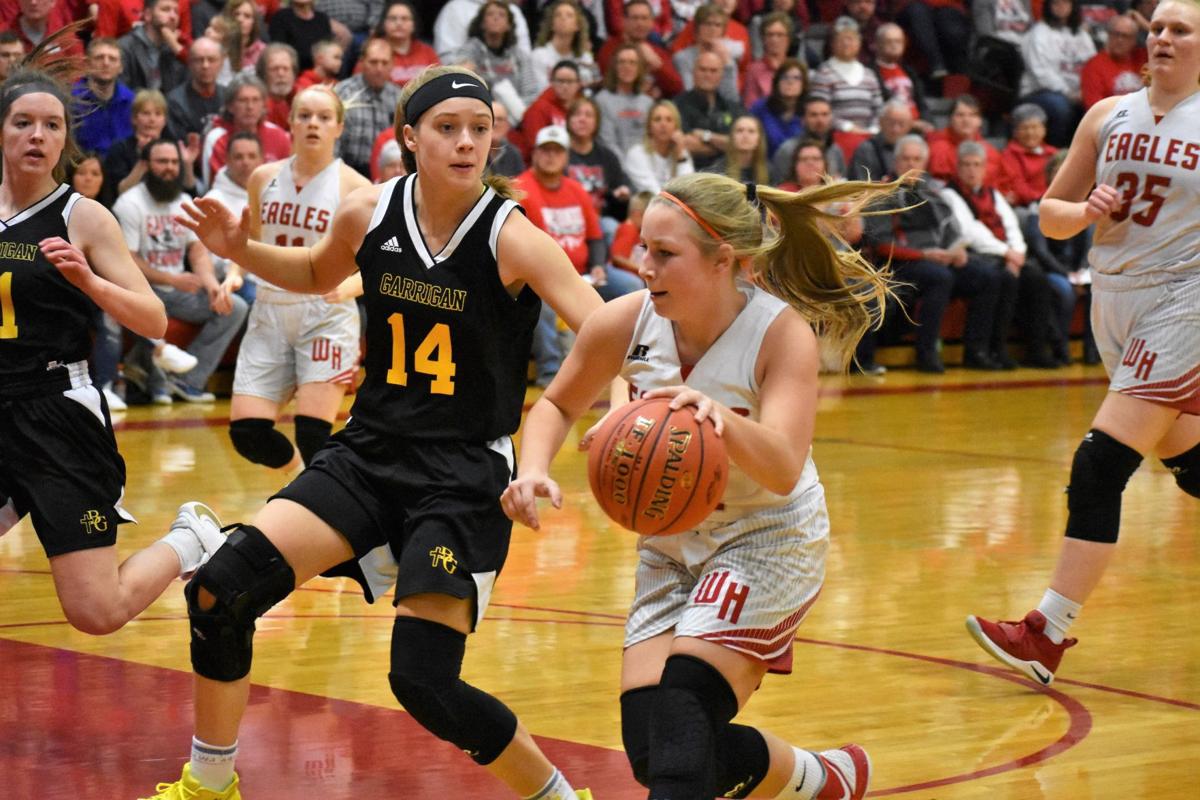 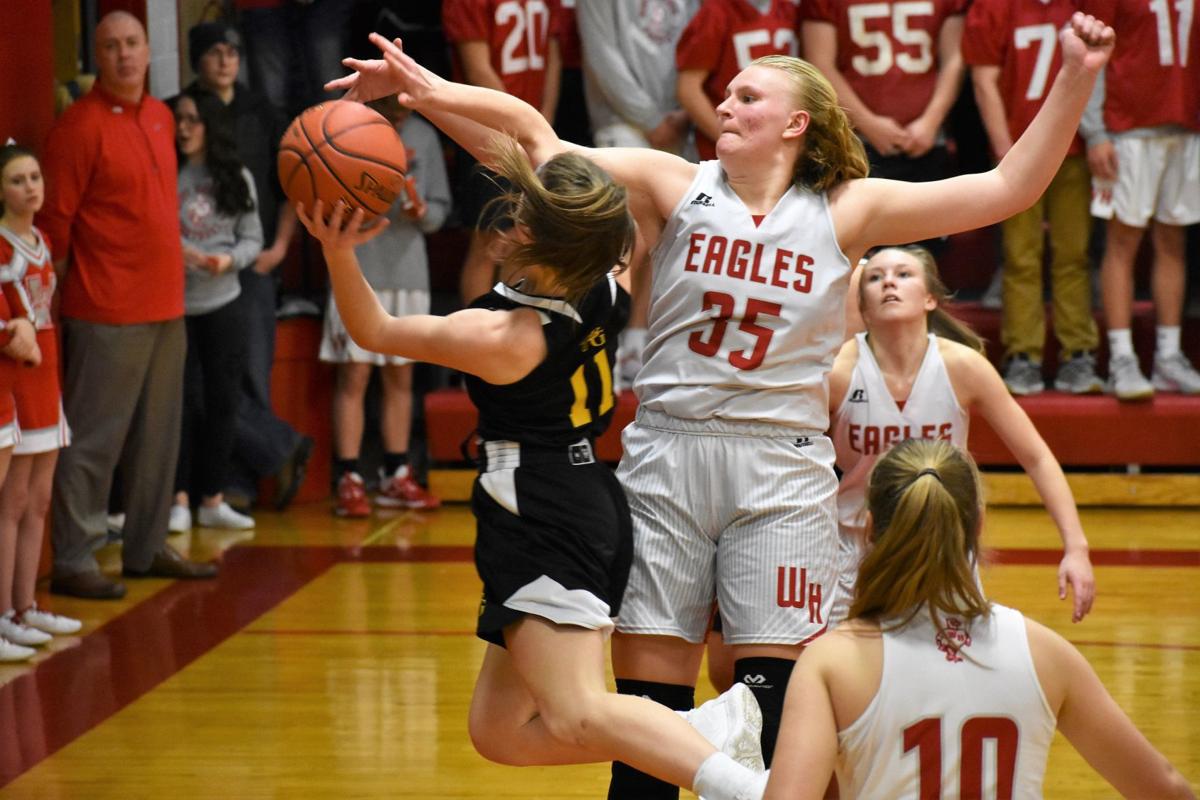 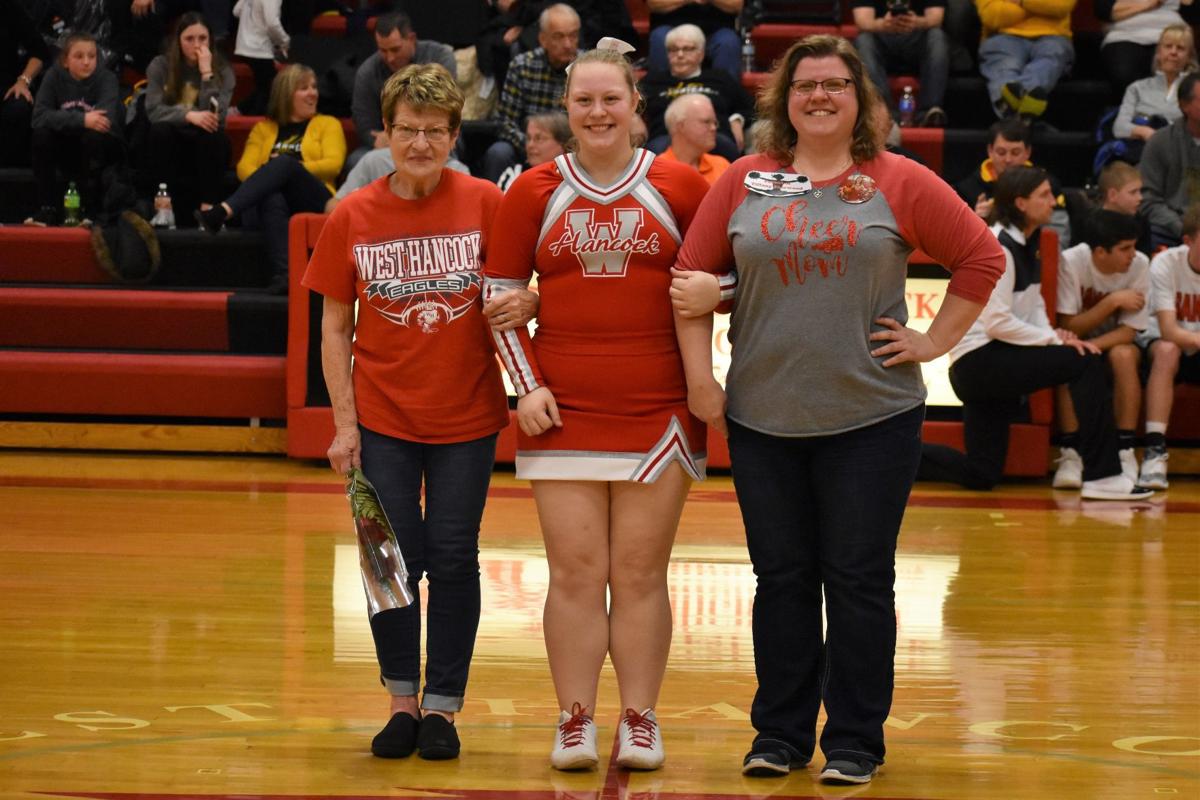 On a night where emotions ran high at West Hancock High School, the top two teams in the Top of Iowa West played one of the most exciting high school basketball games in recent memory.

In a nail-biting finish, the Bishop Garrigan girls basketball team avenged its only loss of the season by beating West Hancock, 55-54.

Before the game, Bishop Garrigan ran out onto the court wearing t-shirts that said "SANGER", in honor of longtime West Hancock football coach Bob Sanger, who died on Wednesday. The tribute drew a standing ovation from the home crowd.

Once the game began, it became clear that the two teams were as evenly matched as they could be, as they traded leads throughout the first three quarters. The fourth quarter began with Bishop Garrigan leading West Hancock, 39-36. West Hancock senior Mahayala Faust then brought the Eagles' crowd to its feet with a 3-pointer that tied the game at 39. After the teams traded a few more baskets, Faust drained another three to give the Eagles a 46-43 advantage.

But as she did all night long, Garrigan freshman Audi Crooks made her presence known. Crooks scored four unanswered points for the Golden Bears to tie the game at 51-51. After a basket from Kaylyn Meyers put Garrigan up by two points, junior Rachel Leerar made a free throw to pull West Hancock back within one.

But after getting fouled with only seconds left, Crooks made two free throws to put the Golden Bears up by three points. With the clock ticking down, Leerar shot a 3-pointer that just missed the basket. A West Hancock player caught the rebound and made a two-point basket as time expired, but it was not enough, and the Golden Bears' crowd roared in celebration.

Crooks finished the night with 35 points for Bishop Garrigan.

"We just for some reason came out slow," West Hancock coach Paul Sonius said after the game. "I'm not sure why in a game like this why we'd come out slow, but that is what we did."

With the victory, Garrigan essentially clinched a co-conference championship with the Eagles. While not yet official, the only thing that stands in their way is a game against winless North Iowa on Monday.

For the Eagles, losing out on a perfect regular season and a solo conference title left a bitter taste in their mouths.

"It is an accomplishment, but that is not how it should have ended. We all know that," Leerar said. "I think it's really hard right now to feel proud of it. Personally, this game makes me mad. It doesn't make me sad, I'm angry. I didn't want to share this with them. It was ours."

In the Eagles' first game since the death of Britt legend Bob Sanger, the atmosphere in the gym was emotional. Before the game, the crowd observed a moment of silence in honor of Sanger, who coached football at West Hancock for the past 52 years.

"It was definitely more than a game tonight," Leerar said. "It affects everybody. Everybody kind of knew him at some point in time, and he was just such a big part of the community. We had girls wearing "Sanger Strong" on their shoes, we had orange ribbon, I had orange socks on."

"It was something we wanted to band together, and be there for."

While the loss was disappointing for the previously unbeaten Eagles, it is far from a knockout punch. The team is still one of the favorites to contend for the Class 2A state title. After falling in the state title game a year ago, this time, the team is eager to get back.

"We'll be ready to go," Sonius said. "They have a goal, they want to win state. So that'll be our next goal."

The Eagles will play again on Feb. 18, against the winner of next Saturday's game between Belmond-Klemme and Eagle Grove, in the first round of the regional tournament.

The tone was set early as the Eagles jumped to an 18-points lead after the first quarter. The West Hancock defense did its part keeping scoring to five points or less in the first three quarters for the Broncos. Sophomore Kennedy Kelly kept pressure of the Broncos while tallying nine steals.

West Hancock will play finish up the regular season at home against Bishop Garrigan on Friday. Belmond-Klemme will play Northwood-Kensett at home on Friday.

The West Hancock girls basketball team made it 20 straight wins against no losses this season with a 74-27 victory Monday night at Clarion-Goldfield-Dows.

Using its signature stifling defense, West Hancock (20-0) kept CGD to under its season average of points allowed, and scored above its 68 points a game average.

The Eagles jumped out to a 24-6 first-quarter lead and never looked back, holding Clarion-Goldfield-Dows to just 21 points the rest of the way.

Senior Amanda Chizek had a big night, scoring 22 points on 10 of 13 shots, and had a game-high 12 rebounds.

Rachel Leerar continued her torrid scoring pace with 19 points, and also had a game-high six steals, while senior Mahayla Faust chipped in 11 points.

Take a look at stories from the weekend you may have missed.

Well, the beast has finally fallen. In one of the most exciting, heart-stopping, and evenly matched games this season, the previously unbeaten…