The St. Ansgar football team powered through an undefeated season and three playoff opponents en route to its second consecutive trip to the UNI-Dome in 2020.

But the dream of winning the program’s first state championship since 2011 just wasn’t meant to be. St. Ansgar couldn’t keep up with explosive Iowa City Regina and fell, 49-28, in the Class A semifinal game last Friday.

Although the Saints came up a game short of the state final, to say that the season wasn’t successful shouldn’t be the case. St. Ansgar earned a district championship, a state football qualifying spot and broke many individual and team records along the way.

To make things even better, the Saints made it through the season relatively untouched by COVID-19. St. Ansgar played in every scheduled game this year. Not every area team could say the same, but the Saints made it a point to take precautions seriously.

“On top of COVID and everything else, just the fact that we’re here, it’s a blessing,” head coach Drew Clevenger said. “Each and every Friday that we got to play was a blessing for the kids, the community, for me as a coach and our assistant coaches.”

Clevenger gave a lot of credit to the Iowa High School Athletic Association for sticking it out and making sure the season happened for football programs around the state.

Players like senior running back Carter Salz, who had a touchdown after recovering a fumbled punt last Friday, got the chance to play out their final season.

“These are my best friends and I’ve been playing football with them since fifth and sixth grade youth league,” Salz said. “We’re all just built like a family and it’s just a blessing that we had the season that we did with all the COVID stuff and everything outside of our control. I wouldn’t trade it for the world.”

Salz was one part of the trio of runners who dominated all season long for the Saints. Salz and junior Lorne Isler combined for nearly 1,500 yards and 19 touchdowns, while senior running back Ryan Cole had a breakout season.

Cole finished with 1,987 yards and 25 touchdowns on the ground for the Saints in 2020. Along the way, he set many records. He finished his career with 3,812 yards – passing Jack Sievert to move into the all-time career rushing leader along the way.

Cole was a part of a talented group of seniors who set records over the course of their four years. The 2020 group finished with the fourth most rushing yards in a season, and the 2019 squad currently has the most. Between the past two seasons, St. Ansgar has posted a 21-2 record.

Clevenger says this group of seniors is special. From how hard they work in the weight room and on the field, to what they do in the community – they will be missed.

For this team to make it back to the UNI-Dome for the second consecutive year is a big deal. Although sometimes the Saints make it look easy on Friday nights, it’s not easy.

“I don’t ever take it for granted. Winning is hard,” Clevenger said. “Most people don’t, but I’m sure there’s some people who think we just kick the tires, show up in August and go. The amount of hours of sweat and blood that goes in with the kids to make themselves better athletes and stronger athletes. We train year round.”

And although the team fell short of the ultimate goal, you can count on one thing: The Saints will get back to work.

“I’m very thankful that we’re here. I’m extremely disappointed that we didn’t move on. That’s a disappointing thing,” Clevenger said. “But I’m also really happy with the effort from our kids and the types of kids they are.”

The NIACC men's cross country team finally did it.

For NIACC cross country, success has finally led to some recognition. In fact, it was a clean sweep.

Phipps has served in leadership capacity at Mason City High School since 2017.

For the Mason City girls' basketball team, the future has arrived.

The Newman Catholic boys' basketball team has the potential to make some noise on the court this season.

Osage girls’ basketball hopeful for trip back to the Well

A lot has changed since the Osage girls' basketball team made it to Wells Fargo Arena a season ago. But the squad is hopeful to make it back.

Four talented returners and some younger talent will look to guide the Forest City boys' basketball team this season.

Things will look much different for the Osage boys’ basketball team this season. 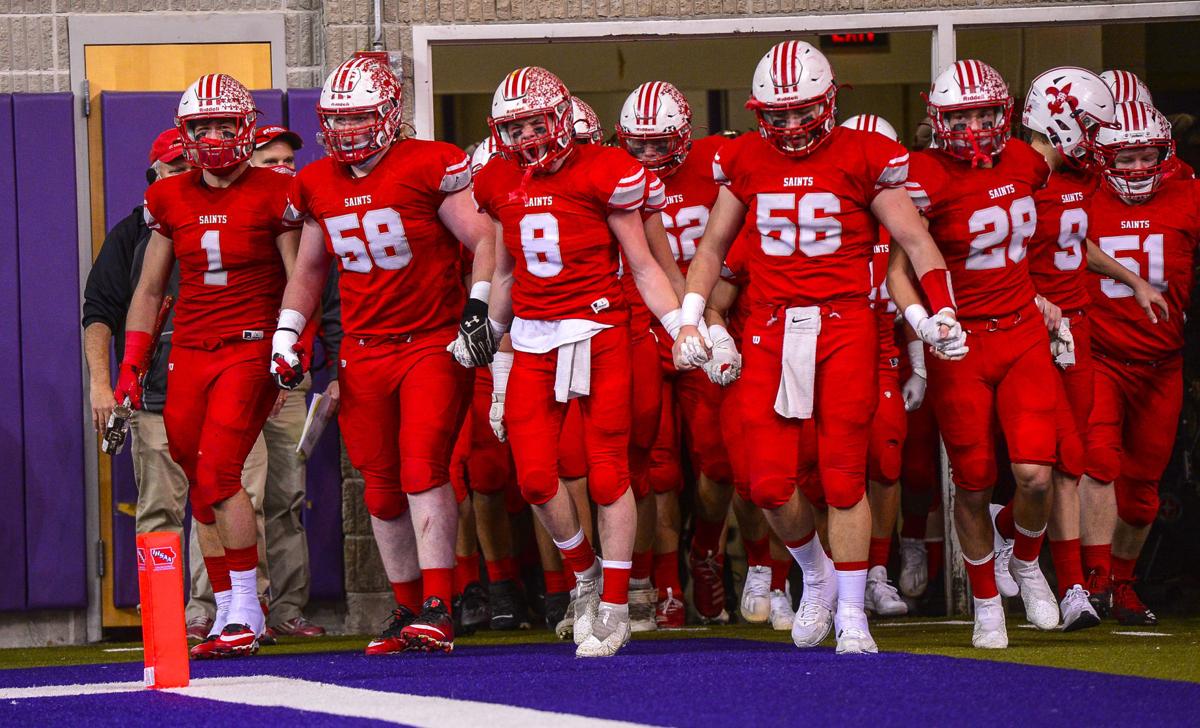 St. Ansgar walks onto the field to face Regina Catholic Friday during the semifinal round of the state football tournament at the UNI-Dome in Cedar Falls. 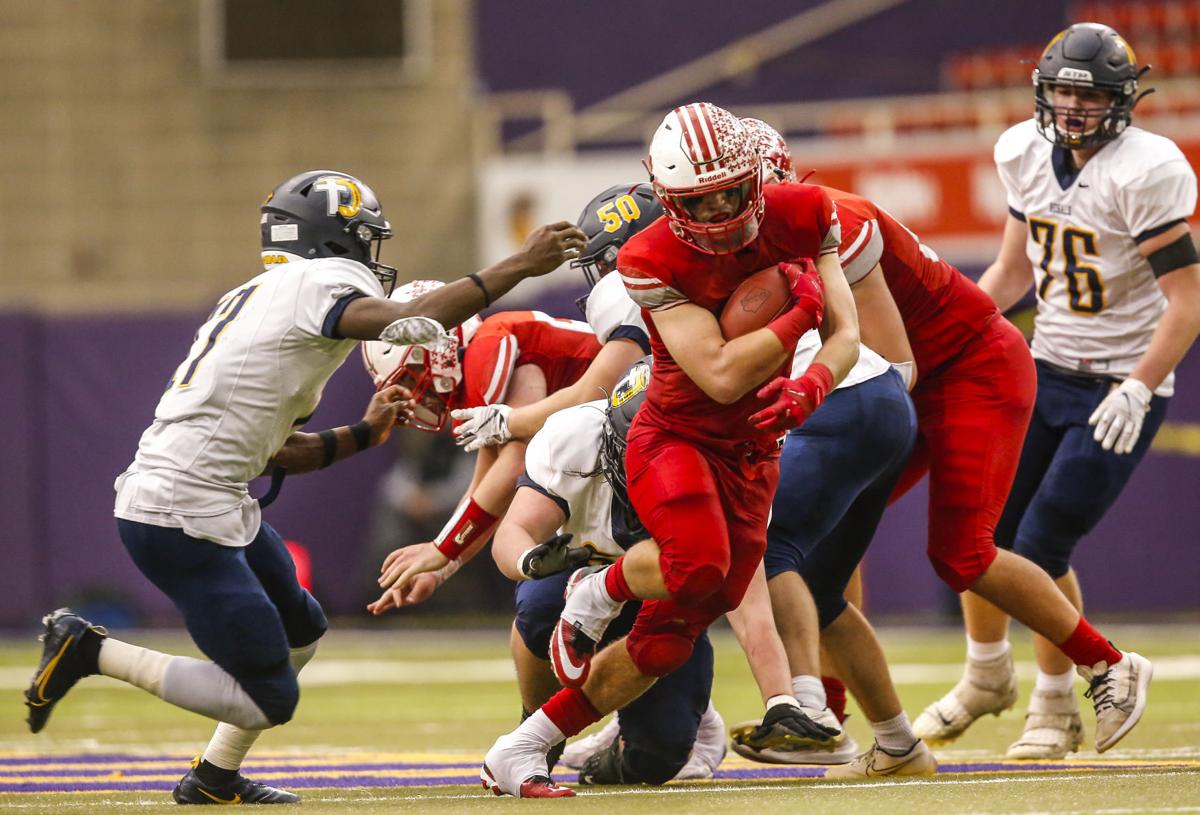 St. Ansgar's Carter Salz runs the ball against Regina Catholic during the semifinal round of the state football tournament at the UNI-Dome in Cedar Falls. 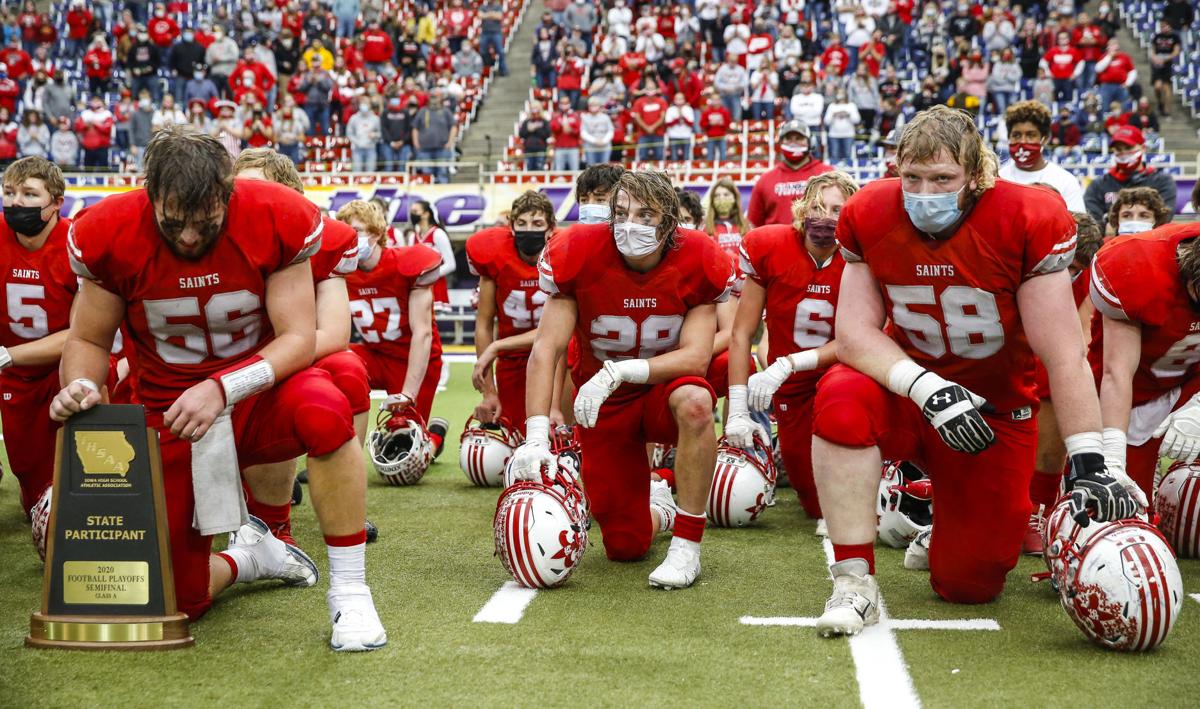 St. Ansgar players take a knee after their loss against Iowa City Regina Catholic Friday during the semifinal round of the state football tournament at the UNI-Dome in Cedar Falls. 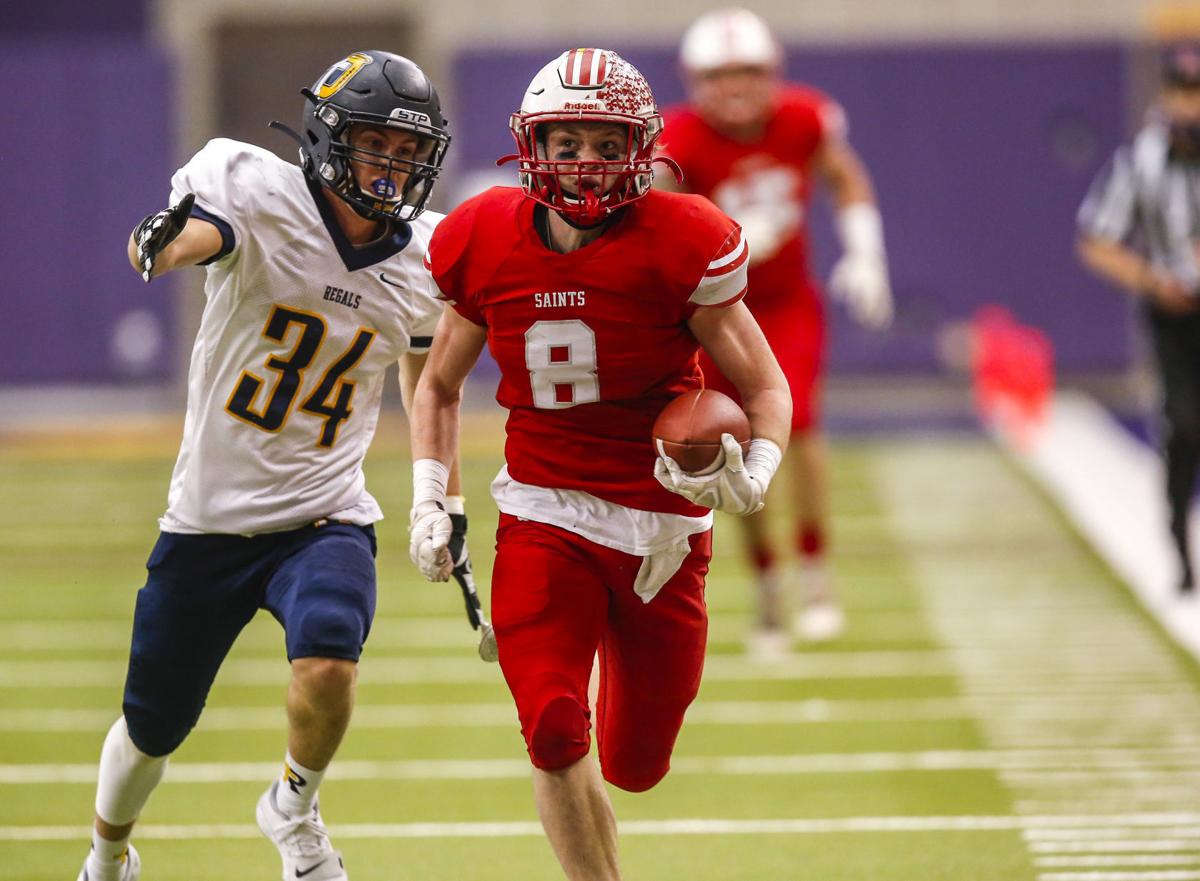 St. Ansgar vs. Regina Catholic last Friday during the semifinal round of the state football tournament at the UNI-Dome in Cedar Falls.