Question of the day: The White House and President Biden have made it clear they lay the blame for the vast majority of misinformation spread about the COVID-19 vaccination on Facebook. Facebook says it's done a pretty darn good job not only monitoring and flagging that misinformation, but also providing accurate info as well.

What do you think?

Here's a tweet from Robert F. Kennedy Jr., one of  the Center for Countering Digital Hate's "Disinformation Dozen," 12 social media influencers who spread inaccurate information about the COVID-19 vaccination. The 12 are responsible for 65% of the misinformation on social media about the vaccine, according to a reporter done by the organization.

After 16 years serving the Mason City community, Little Chicago Pizza will close its doors in the coming days.

Owner Darin Reynolds has been struggling to keep up over the course of the last year due to the COVID-19 pandemic.

“Mainly, we’re closing due to COVID-19,” Reynolds said. “Not being able to secure more help just became too much.”

It's not just Reynolds who is struggling to find reliable staff. Restaurants across the entire state of Iowa have struggled to find new employees with the demand increasing, forcing many business owners to run their restaurants short-staffed.

In January, developers from the South Dakota-based Talon group and a contingent of Mason City business leaders and government officials held a ribbon-cutting ceremony for the 133-unit housing complex along the south loop of Highway 65.

At the event, Talon CEO Steve Boote teased the prospect of developing a second housing block in the area that would further add to Mason City's stock of what he's consistently called workforce housing.

After more than a year and a half away, the slate for a new NIACC Performing Arts and Leadership season is ready.

Tuesday night, via Facebook and YouTube, event officials shared the news that the 2021-2022 season would feature concerts by the likes of the Gatlin Brothers, the Righteous Brothers, Jefferson Starship as well as musical performances of "Rent" and "South Pacific" and a speaking engagement with Pulitzer Prize-winner Eli Saslow.

Check out the full slate of performances here.

State is on the line

Dowling Catholic is all that stands between the Mason City High School baseball team and a state berth.

If you haven't been following the team, it's time. Gametime is 7 p.m. today. They're at Dowling Catholic, if you're up for a road trip.

After a massive upset over perennial powerhouse Newman Catholic on Friday night, it seemed the Northwood-Kensett baseball team was on the fast track to the program's first ever state tournament.

But that dream just wasn't meant to be.

The Vikings came up one game short of state, dropping an 11-0 loss to Kee in 4.5 innings in the Class 1A, Substate 2 final game in Charles City on Tuesday night.

Central Springs head coach Belinda Nelson is ending her coaching career after leading it to a third place finish at the Class 2A state tournament.

Andy Kaufman's father and brothers open up about him and his son, Beckett, ahead of their Thursday morning funeral.

A 13-year-old girl was hit in the face by a seagull while riding an amusement park ride in New Jersey. Here's video courtesy of the Press of Atlantic City.

Kossuth County Speedway apologizes for insensitive comments made by announcer

Skipper: You're incredibly selfish if you don't get vaccinated

They have a “whatever will happen will happen” attitude with regard to their own health – with little regard for the health of others. 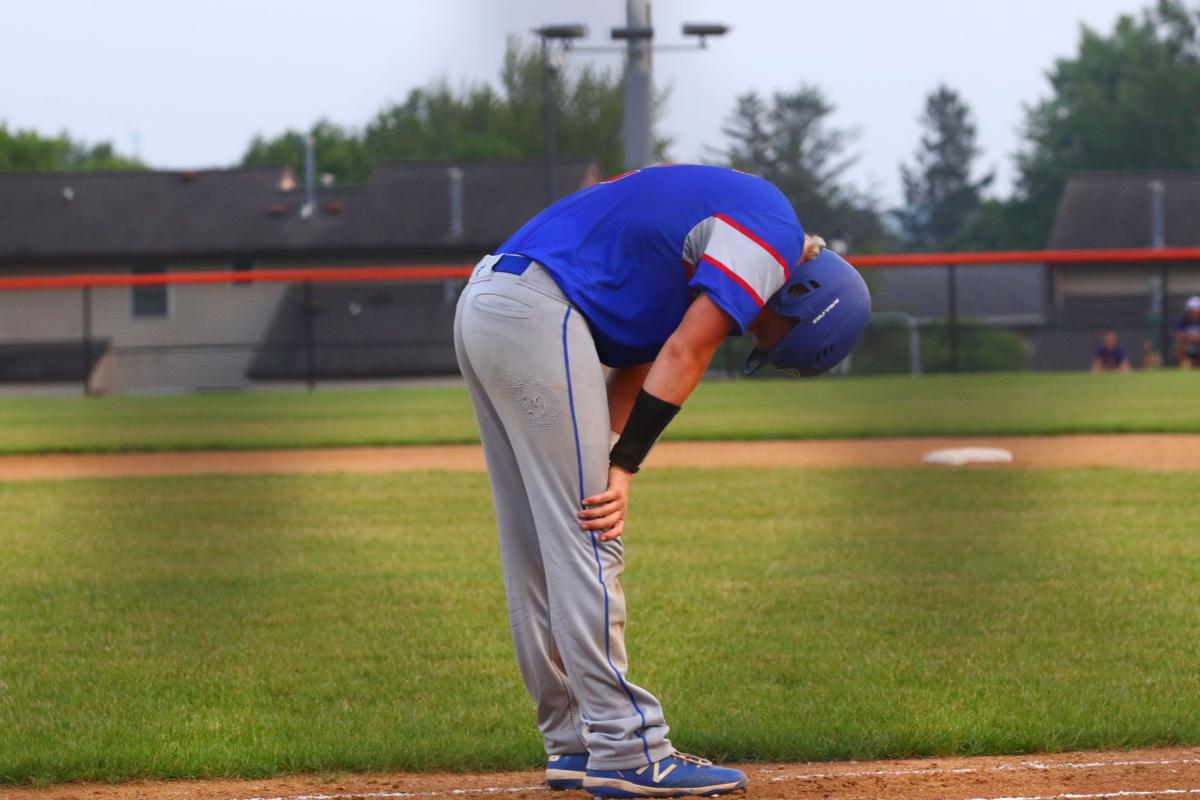 Northwood-Kensett's Kael Julseth bends over after the final out of the 11-0 loss to Kee on Tuesday at Charles City.