Today is both National Beer Day AND National Wellness Day, according to the People Who Make Special Days (whomever they may be). Seems apropos, doesn't it?

The website NationalToday.com (we're not making this up) is giving away a home brew kit to one lucky suds fan who answers their brief survey about -- what else -- beer consumption.

For me, nothing tops a cold beer, a brat and live baseball game in the sun. How do you like your beer?

Here's where to find the survey: https://nationaltoday.com/national-beer-day

To the surprise of absolutely no one, Mason City City Council on Tuesday night approved an amended development agreement with the company formerly known as Gatehouse that outlines a new timeline for the construction of a downtown hotel and conference center.

Councilor John Lee asked the question everyone is wondering these days: why has Clear Lake been able to construct their hotel so much faster than ours?

Mason City Police Chief Jeff Brinkley spoke to the City Council on Tuesday night about his department's recruiting woes and how working short-handed has impacted his staff.

It's been a tough week for the police, who have had to respond to two shootings -- one fatal, a stabbing and the continued investigation into remains found along the Winnebago River near Illinois Avenue.

The council approved the hire of two new cops, but training will keep them off the streets for several months yet.

Mason City residents Jason Hahn and Steve Fettkether are both glad they happened to be traveling on County Road B20 on Monday morning, but they also hope what they did there they'll never have to do again.

And that's rescue a woman trapped in a truck that's about to be engulfed in flames.

Clear Lake is looking for a director for its new wellness center.

The Clear Lake City Council unanimously approved a job description for the person who will oversee the $10.6 million recreation and wellness facility.

The director will be responsible for the day-to-day management of the center next to the high school, including its programming and outreach services, according to the document City Administrator Scott Flory provided the council.

Pay for the position ranges from $65,000-$75,000. Flory told the council that after putting the word out about the position on social media, he's already received some interest.

The Globe Gazette's annual Garage Sale weekend is back. For $25, you can list all the "treasures," you're looking to offload in your efforts to become more like Marie Kondo, in Friday and Saturday's papers as well as online.

The Mason City Police Department has released more information about the Saturday night shooting on the northwest side.

Police respond to apparent shooting on Northwest side

Mason City police were on the scene of an apparent shooting around 10:30 p.m. near West Park and Parkers Woods on Saturday night. 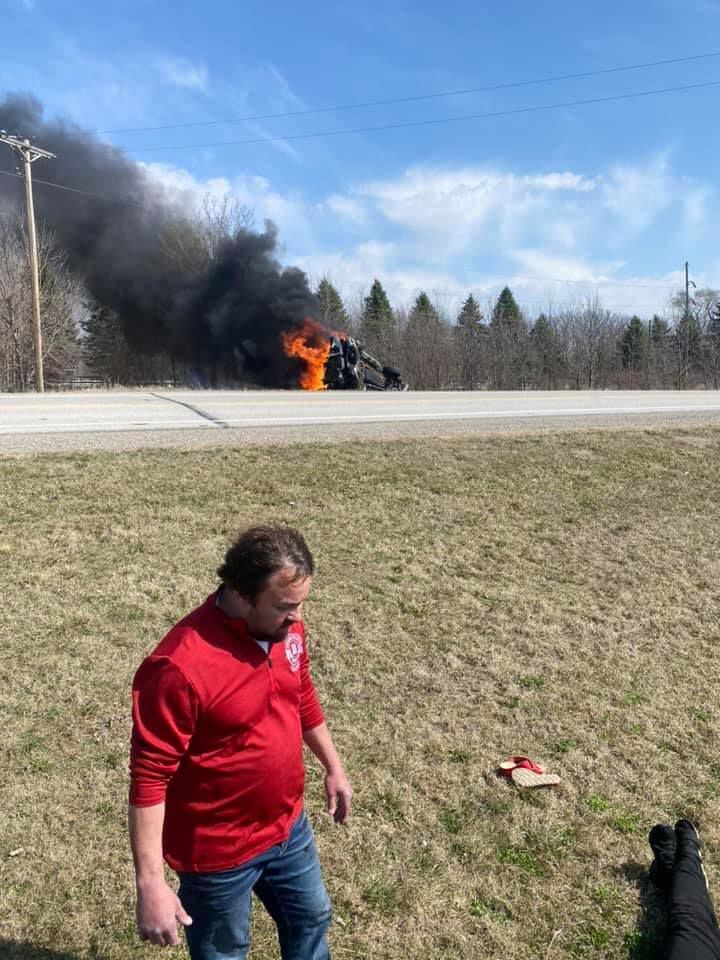 Jason Hahn looks down after having rescued 61-year-old Donna Rench from the truck on fire in the background.