There was no colorful sunrise. No brilliant transition of night turning to day. Instead, there was just a gradual increase of light among the solemn hues of an overcast morning.

I was sitting at the edge of a small wetland located inside a mature stand of oaks. Picturesque beyond description, the shallow oasis is one my favorite wood duck hotspots. Arriving before daylight, I was hoping to watch and photograph the morning activities of our most elegant waterfowl.

Wood ducks had been coming in to the pond since the first hint of daybreak. But although I currently had plenty of feathery models to choose from, the photo session was not going well. Suppressed by somber skies, the lighting remained dim, the colors were flat, and annoyingly slow shutter speeds prevented the crisp resolution required for good wildlife photos. Conditions continued to deteriorate. The clouds grew darker, and it eventually began to drizzle. The drizzle became sprinkles. The sprinkles became steady rain. Following an ominous clap of thunder, the skies opened. Going from bad to worse, the steady rain became an instant downpour. The waters danced, and the rain pounded down so hard that you couldn’t hear yourself think. Judging from their appearance, the ducks sitting atop the pond’s surface weren’t enjoying the deluge any more than I was.

But I did have to admit that the scene had taken on a rather dramatic tone. In spite of the poor lighting, I began shooting. Before long, the outdoor stage became even more dramatic – or perhaps I should say bizarre -- when, as the rain continued to pour down, beams of sunlight began to reach the pond. Not kidding. I’ve seen some unusual weather, but this took the cake. Deafening rainfall, agitated waters, and stunningly brilliant, sunlit color – all wrapped into a single package in the same place at the same time. The event had become as surreal as it was amazing. I immediately threw the camera into overdrive.

A short while later, the rain abruptly ended, and I was treated several minutes of perfect lighting while the wood ducks swam, preened, and foraged. Dark skies eventually closed in again. But by now, most of the wood ducks had taken advantage of the lull and had flown off to whatever destinations were next on the agenda. When the last pair finally departed, I decided to pack up my toys and head for the truck.

Final Thought: The sights, sounds, and wonders of creation, though ever changing, are never exhausted. A morning that began with disappointment, had quickly developed into a uniquely memorable outing complete with a rapidly moving and spectacular storm front, driving rainfall, and concluding with beautiful lighting that offered a rare opportunity for closeup viewing Iowa’s most colorful waterfowl. The session had also provided a classic reminder that -- If you don’t like the current Iowa weather, just wait five minutes and it will change.

What a difference a day can make. It’s an old familiar phrase that can apply to a lot of things. This week, it applied to backyard birding.

Spring is here! This long-awaited season is a time of change and excitement for outdoor enthusiasts. Nature is planning some spectacular perfo…

Jensen: In summer, you have to go where the fish are 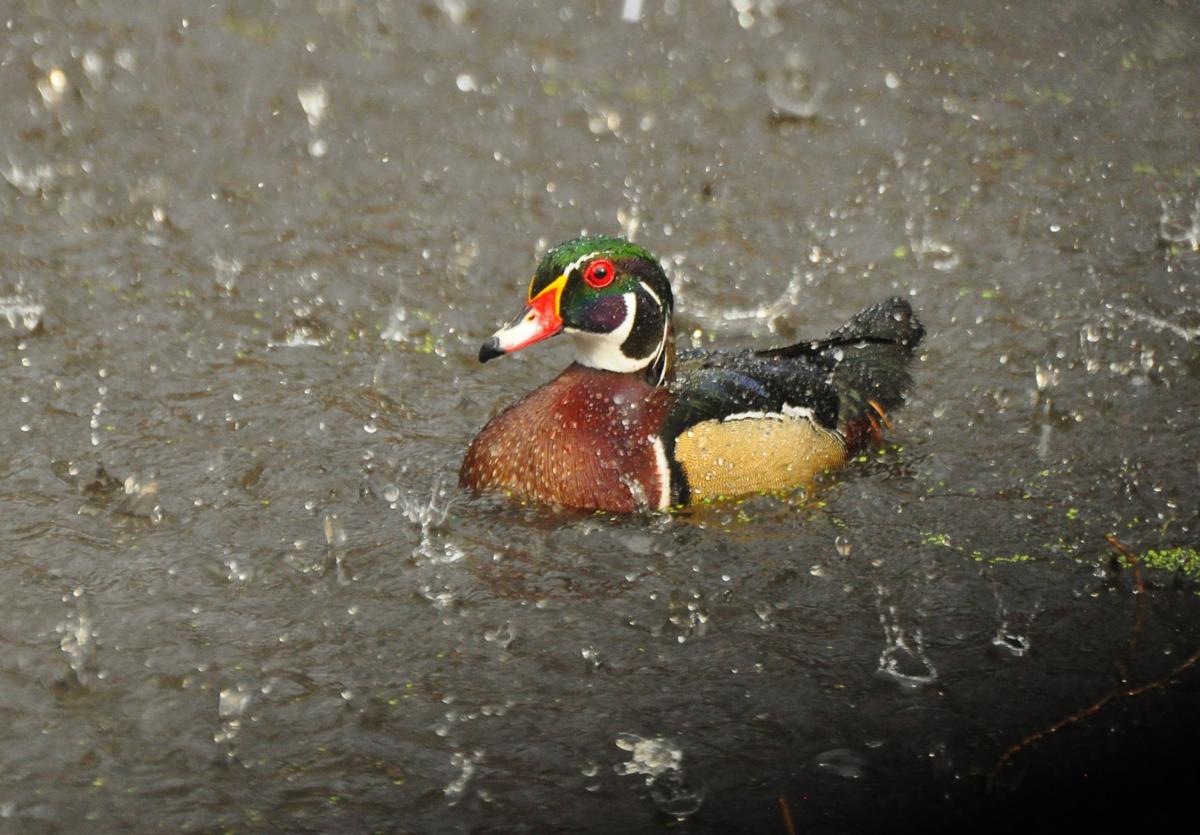 As the deluge continued, beams of sunlight began to hit the pond. The combination of driving rain and bright color was surreal. 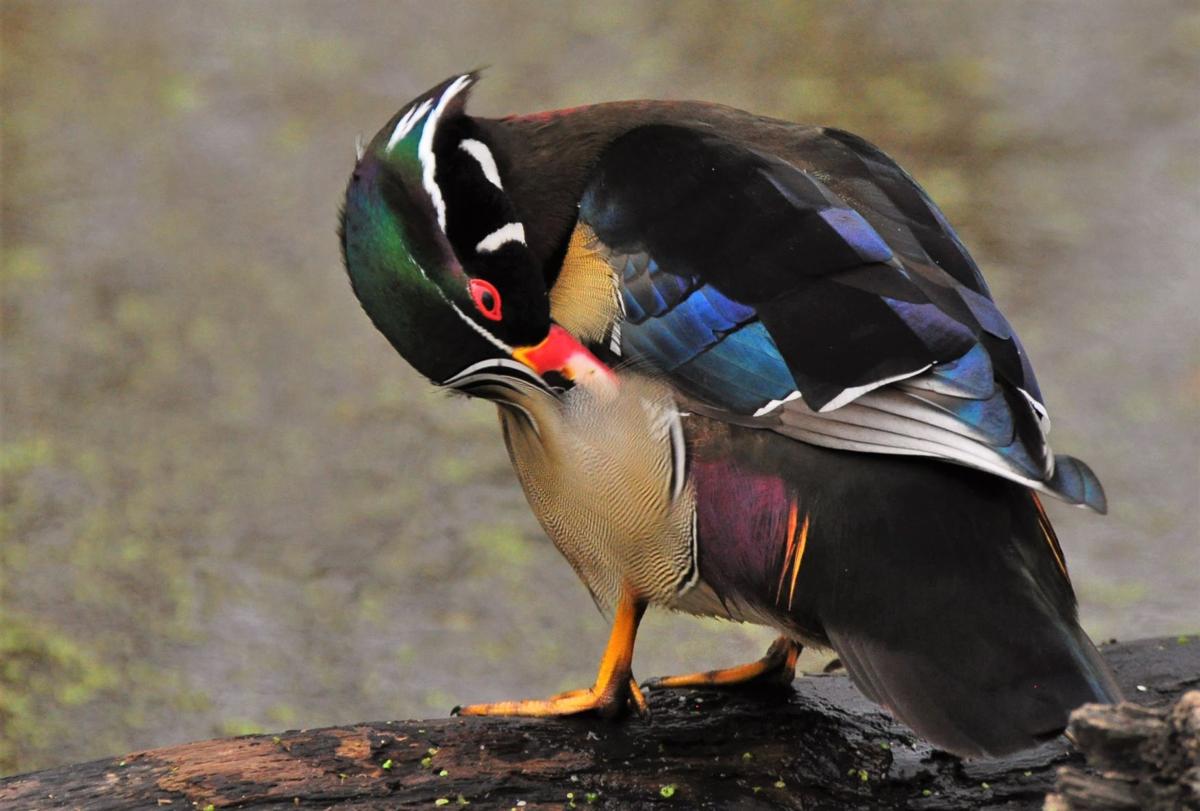 When the rain ended, a drake wood duck took advantage of the lull to preen its magnificent plumage. 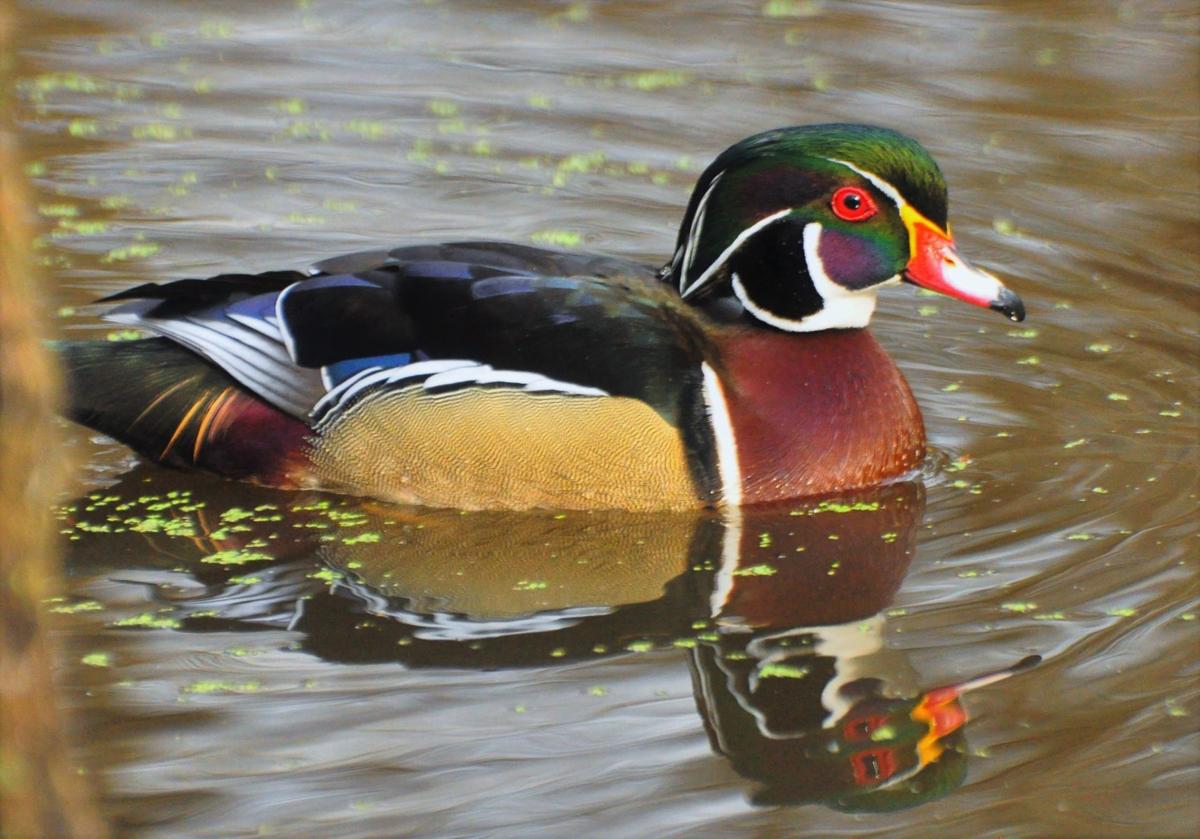 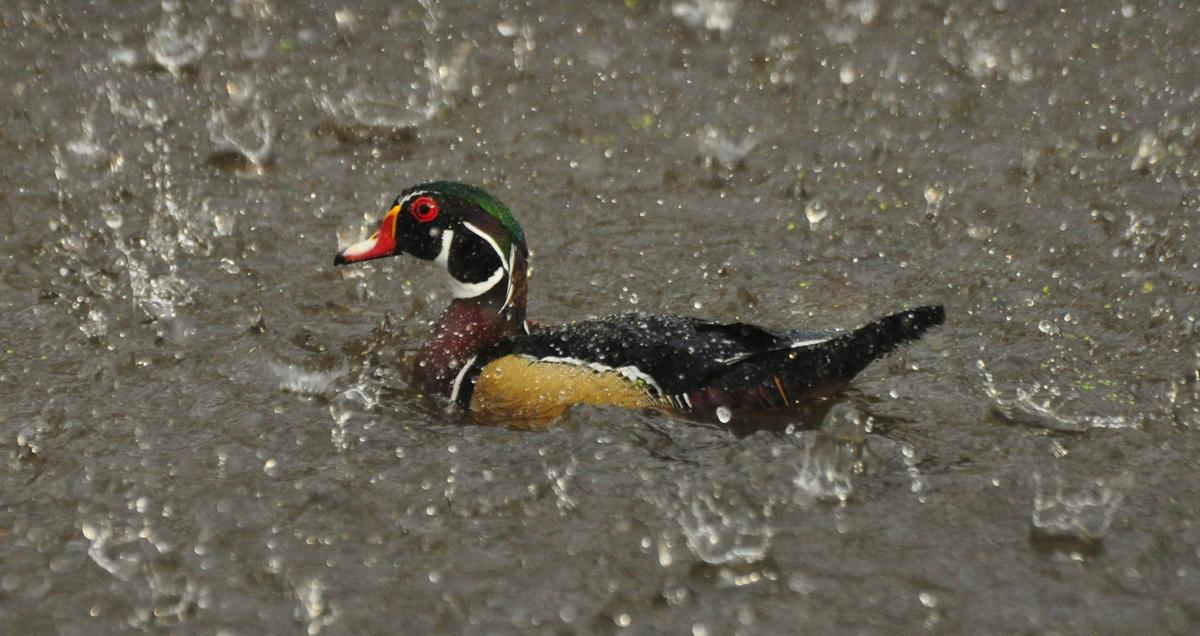