I heard the ducks before I saw them. Not the usual quacking normally associated with waterfowl, but rather the screeching “Whoo-eek, Whoo-eek” that is the distinctive greeting of a female wood duck. Sitting atop a downed log, I was crouched within the tangled confines of a shallow wooded swamp where the birds -- about eight or nine of them -- had come in from behind. Looking over my shoulder, I quickly spotted the ducks. With necks arched and legs extended, the woodies were descending through the treetops at breakneck speed; dropping like meteors while agilely dodging branches in a fierce zig-zagging pattern.

The birds’ obvious enthusiasm to get to where I was sitting had nothing to do with me, of course. Instead, their collective attention was focused on joining my group of wood duck replicas currently floating in the center of small opening a few yards distant.

As I moved to collect the downed bird, I heard another screeching call. Looking up, I spotted a pair making its arrival. When the ducks spotted me, they turned inside out and began climbing straight up. This time, I managed to connect with both barrels and the woodies splashed into the duckweed just a few feet apart.

It was an amazing hunt. With the sun yet to appear above the horizon, I had attained my three-bird limit in less than five minutes -- an unneeded reminder of just how fast and furious hunting wood ducks can be. Returning from their morning feed, all three ducks were literally bulging with acorns; a virtual guarantee of unrivaled table fare.

But although my hunt was over, the bird show continued. Stepping behind a brushy deadfall, I watched as several more flocks noisily dropped in to the woodland oasis. When the sun finally popped up, I quietly exited the woods.

Often referred to as the Beau Brummel of waterfowl, the elegantly crested wood duck is our most colorful duck. It is unique from other waterfowl in many ways. Shunning open water habitats, wood ducks seek the quiet seclusion of shallow wooded ponds, remote river backwaters, and willow sloughs. Successfully pursuing woodies does not require large spreads of decoys. A dozen realistic replicas are more than enough. Good thing, since getting to where wood ducks want to be may require a lengthy hike through inhospitable terrain.

When I first began hunting waterfowl as a youngster, wood ducks were less common than today. But as maple, basswood, and other tree species have aged, the number of natural nesting cavities has shown a corresponding increase which has allowed wood duck populations to flourish. Today, wood ducks rank third in the hunters’ bag. Mallards and blue-winged teal are the only species more frequently bagged in Iowa.

Wood ducks are not particularly fond of cold weather. In Northern Iowa, populations exhibit a slow but steady decrease during the last half of October. By the time November marshes begin to freeze, most woodies are long gone – well on their way to wintering grounds in the swamplands of Arkansas, Louisiana, and east Texas. Lesser numbers of wintering wood ducks [banded in Iowa] have been reported in Cuba.

Stay in tune with the land you live on. Healthy lives depend on healthy ecosystems. Here are our environmentally related stories from autumn of 2019. 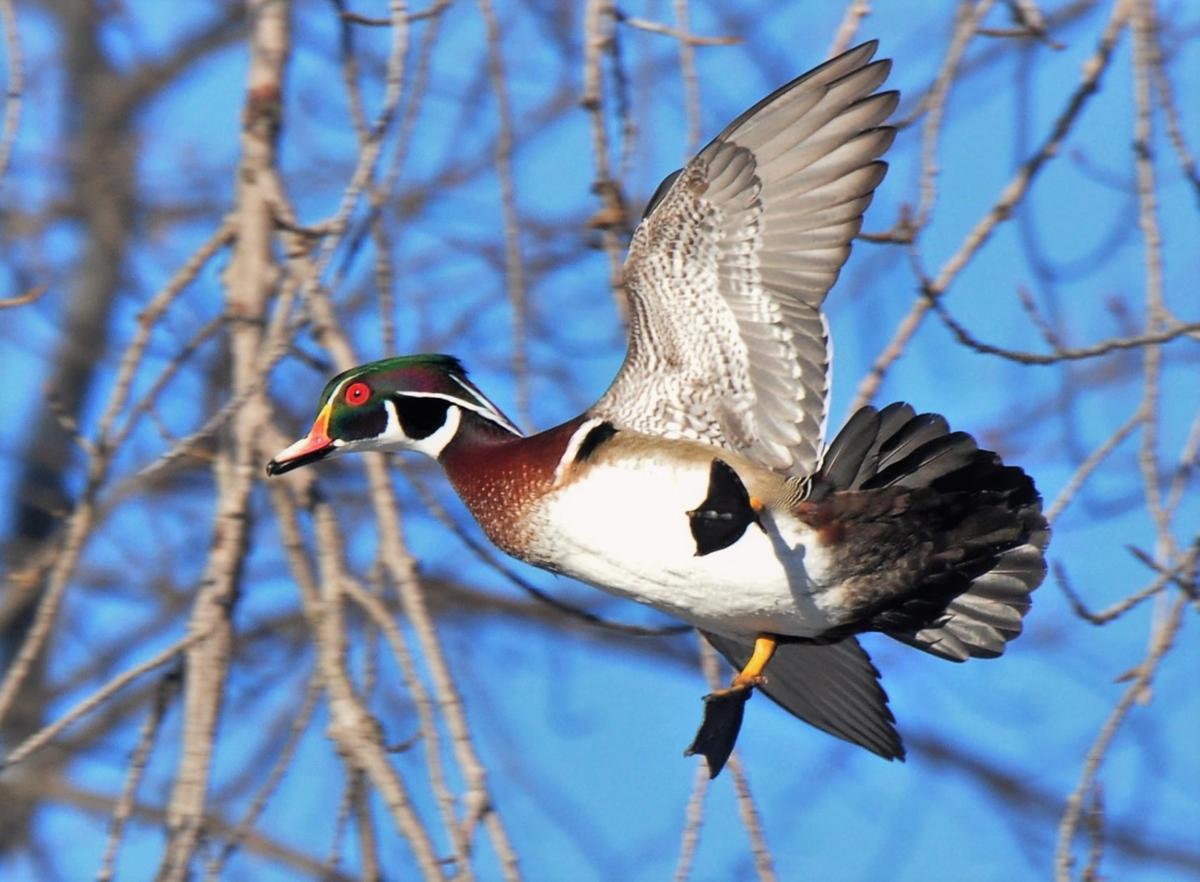 Descending at breakneck speed, a drake wood duck maneuvers through the treetops. 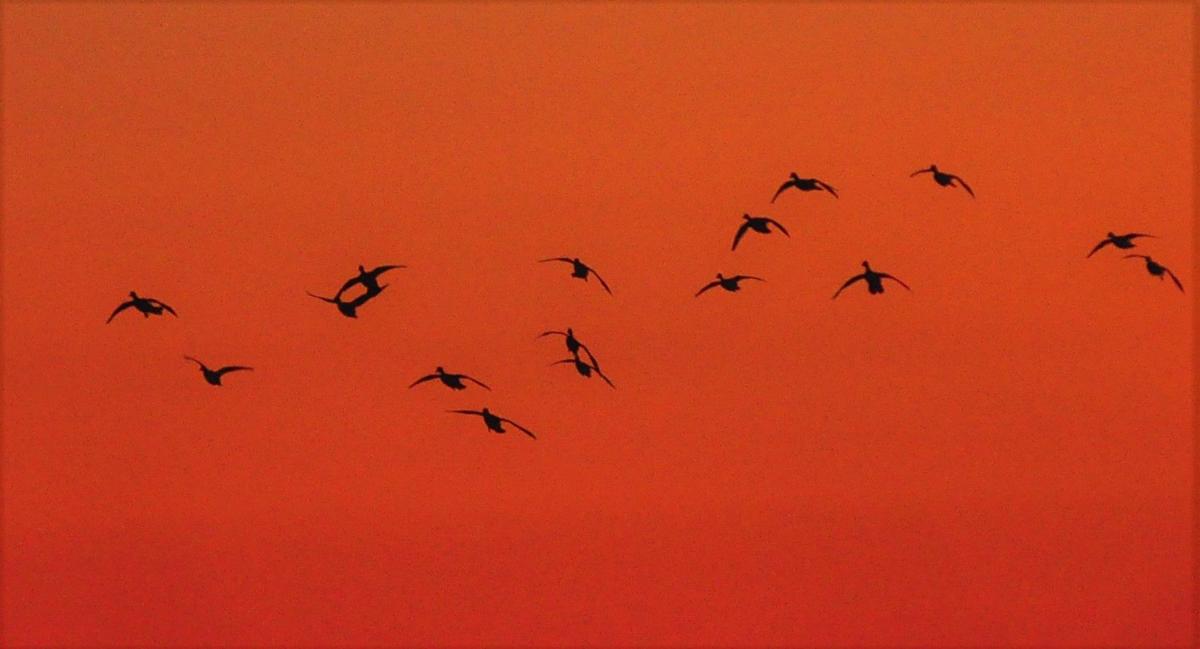 A flock of wood ducks arrive at their nighttime roost. 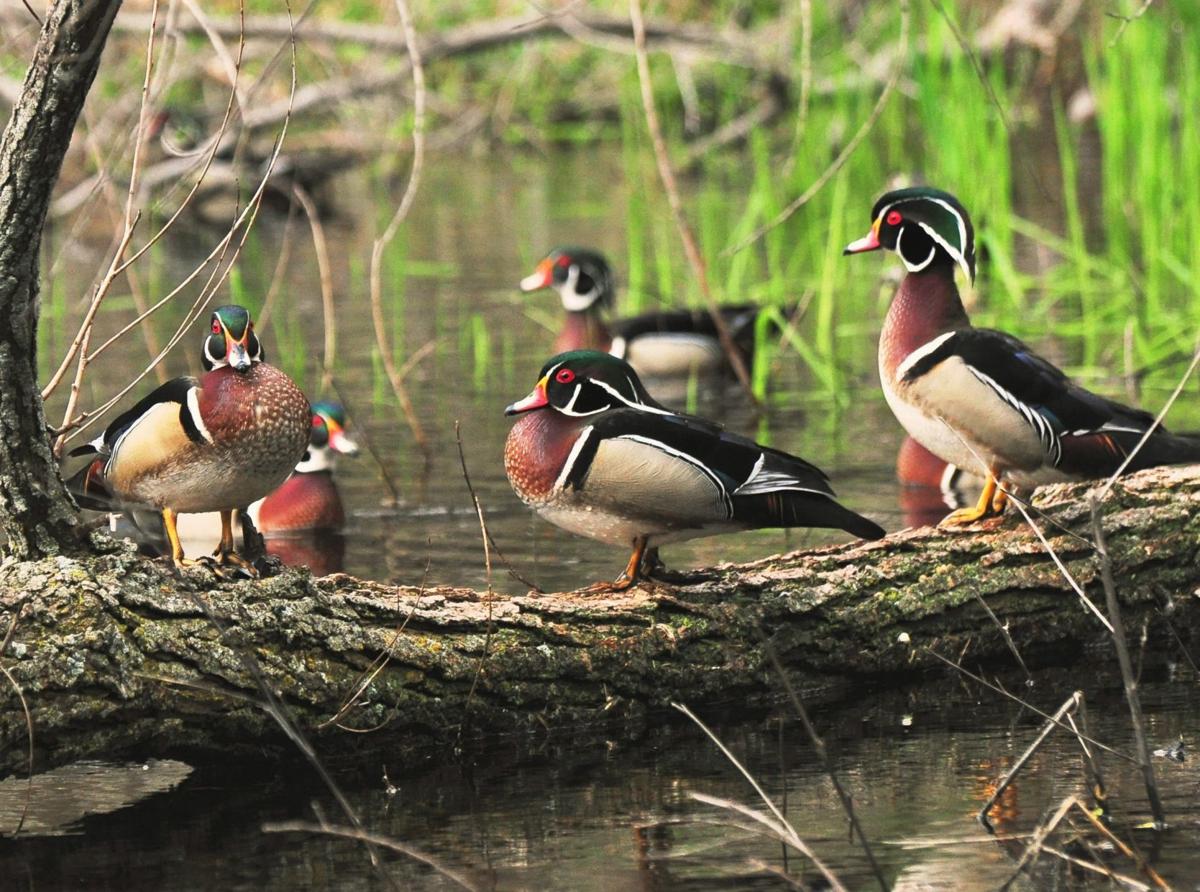 A group of wood ducks enjoy the seclusion of woodland pond. 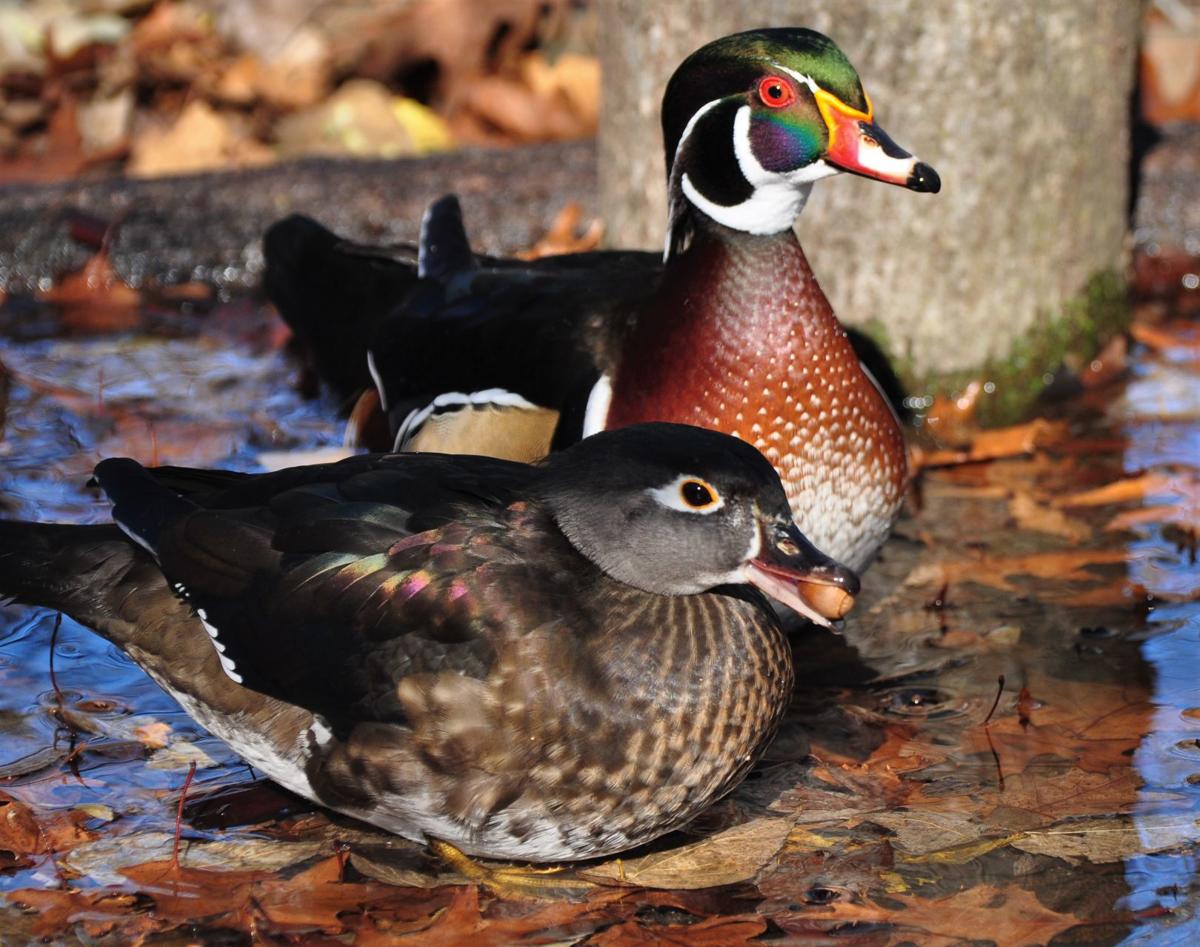 A pair of wood ducks search for fallen acorns.