In June, the inflation rate was the highest in 13 years, according to NPR. The Consumer Price Index rose to 5.4%. The price of lumber just recently came down to $500 USD/1,000 foot board from the record high of $1711 in May, also according to Business Insider.

People are changing their buying habits and trying to make their dollar go farther. The elderly will be feeling the pinch this winter when they see their utility bills and will be faced with the tough decisions of what to give up, whether that is food or drugs versus their heating bill to keep their homes warm. The price of bacon has gone up to the highest price in over 40 years, according to a CNN Business article from Sept. 30.

If you are like me, you’ve noticed your grocery bill higher at check out, for the same staples that you normally buy in your weekly shopping. When you fill up at the gas station, you are feeling the "pinch." According to Patrick De Haan, head of petroleum analysis for GasBuddy, in an Oct. 5 FoxBusiness article, “Over the next two weeks, prices will likely rise in most areas of the country.”

Several Republicans and Democrat Sens. Joe Manchin and Kyrsten Sinema have stated the big cost of the infrastructure bill is not where this country should be going right now with inflation where it is at.

Manchin stated, “In the last 10 years, the national debt has gone from around $10.5 Trillion to $28.5 Trillion in record time. Never before have we seen that.” They are both taking a lot of heat for their opposition to the bill.

Inside the 2,701-page infrastructure bill is an intrusion into your everyday lives with Biden’s proposal to allow the IRS to track all bank accounts that hold more than $600. A Heritage Foundation article about the proposal states, “It is couched as an effort to catch tax evaders and pay for the $3.5 Trillion spending package. All Americans, not just conservatives, should be concerned by this level of public corruption and the IRS’s ability to go after those it sees as the regimes enemy.”

What other "surprises" are in this monstrosity?

The government needs to learn how to live within its means. Americans do it every day, when they make the tough decisions when spending their hard-earned dollars. They spend our money with no regard for how to balance the deficit. The last time the budget was balanced was under President Clinton’s tenure. Both political parties and elected leaders need to get the ever-increasing deficit under control.

Spending time with my Grandma Colby, I remember how frugal she was, because she had to be. Her income was very limited and she was very cognizant of that fact. Her refrigerator was never full, as she didn’t have that "luxury" of buying whatever she wanted. She didn’t have a huge wardrobe, only a small closet of her house dresses. When those dresses became "worn" she would simply repair them by hand and they were as good as new. Her home was always immaculate and tidy. She took pride of what she did have. I think Washington, D.C. needs more Grandma Colbys who know how to live within their means and what a real budget looks like.

WANT TO RESPOND?: Use this form to write a letter to the editor
6 months of local news for just $1

SKIPPER: The hotel development goes on. And on.

Will it be a skywalk to nowhere?

Guebert: Nothing run (on its own) like a Deere

We seem impervious to the clarifying truth that our relentless focus on the bottom line is dragging us to the bottom.

The recent death of Gen. Colin Powell has triggered much discussion about his leadership and the legacy he leaves through his service to the country.

Blodgett: Biden on his way to being one-term president

Joe Biden said O’Rourke would “be the one … to take care of the gun problem.”

We celebrate and recognize the efforts of health care workers, however the fight against COVID-19 is taking its toll.

It should not be viewed as a signal of what’s to come in future elections or the current state of either major political party in Iowa.

While races for higher offices receive greater attention, the locally elected officials play a more direct and immediate role in your community.

Williams: Freedman Joseph R. Holmes was murdered on the steps of a Virginia courthouse. A new marker tells why his life mattered.

Michael Paul Williams — a columnist with the Richmond Times-Dispatch in Richmond, Va. — won the 2021 Pulitzer Prize in Commentary "for penetrating and historically insightful columns that guided Richmond, a former capital of the Confederacy, through the painful and complicated process of dismantling the city's monuments to white supremacy."

Look outside at any time in October to find that the world is changing right before your eyes.

President Joe Biden and Treasury Secretary Janet Yellen listen Wednesday as Jamie Dimon, CEO of JP Morgan Chase, speaks during a meeting with business leaders about the debt limit in the South Court Auditorium on the White House campus in Washington. 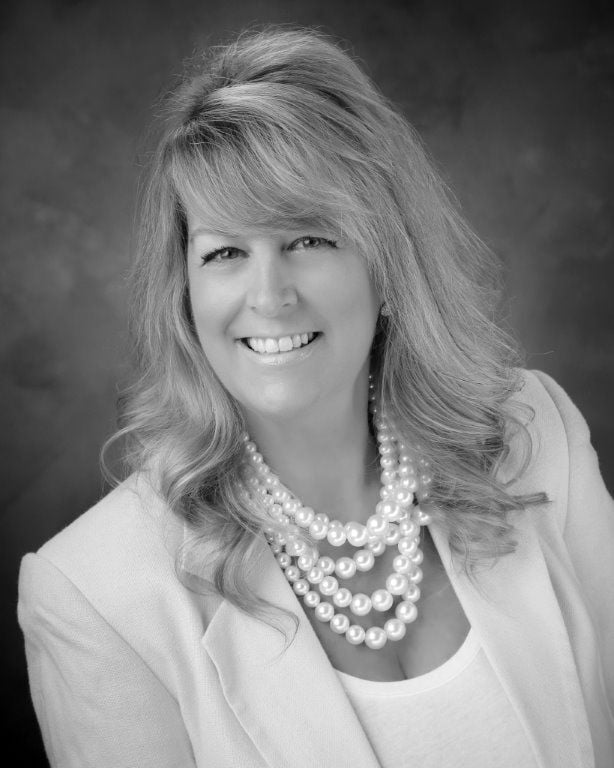